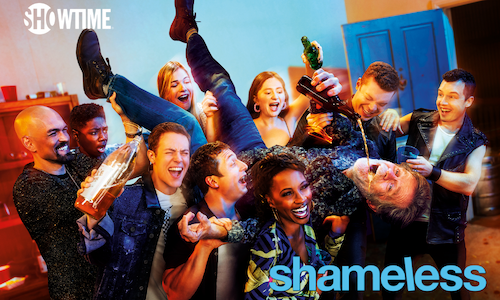 Entering its final and 11th season on SHOWTIME®, Shameless was one of the network’s most-popular shows. Our campaign needed to feed fans never-ending hunger for more Shameless, celebrate the end of an era and reward one of our most loyal fanbases for sticking with us all these years. The catch? With over 10 marketing campaigns under our belt, we had done it all. And Shameless fans (who are always on the cutting edge of trends) are pretty damn shameless about calling out things they think are lame.

The outrageous and beloved Gallagher family at the center of all the mayhem has been a constant for our fans through the years. Viewers felt connected to this group of lovable misfits. And if there’s one thing every group of lovable misfits has, it’s an entirely dysfunctional group chat. If they were real people, The Gallaghers would be no different, right?

So we brought them off the screen and into a fan’s world like never before. Partnering with emerging texting platform, Community and the series Showrunner and producers, we gave Shameless fans the opportunity to join the Gallagher Family Group Chat.

Our campaign launched on Valentine’s Day prompting fans to text a phone number designed on a candy heart graphic. When fans texted the South Side Chicago phone number (a nod to where the show is set), they were met with a first of its kind fictional text chain among the family comprised of text messages, photos and even audio messages. This fan was on THE INSIDE. And beyond Valentine’s Day, the Gallagher Fam popped off at any & all moments the family cared about. They messed with one another on holidays, asked for favors in a very family way & put things in the group chat that were, erm, meant to be one on one exchanges. Fans continually flooded our inbox to check in on their favorite characters, replied to our hilarious in-world content and shared their thoughts after a crazy episode each week. Some even received personalized birthday greetings from fan favorite, Mickey.

This first to market execution helped achieve our goals of engaging, rewarding & celebrating one of our most popular shows in an innovative new way.

And we all poured one out for The Gallaghers. 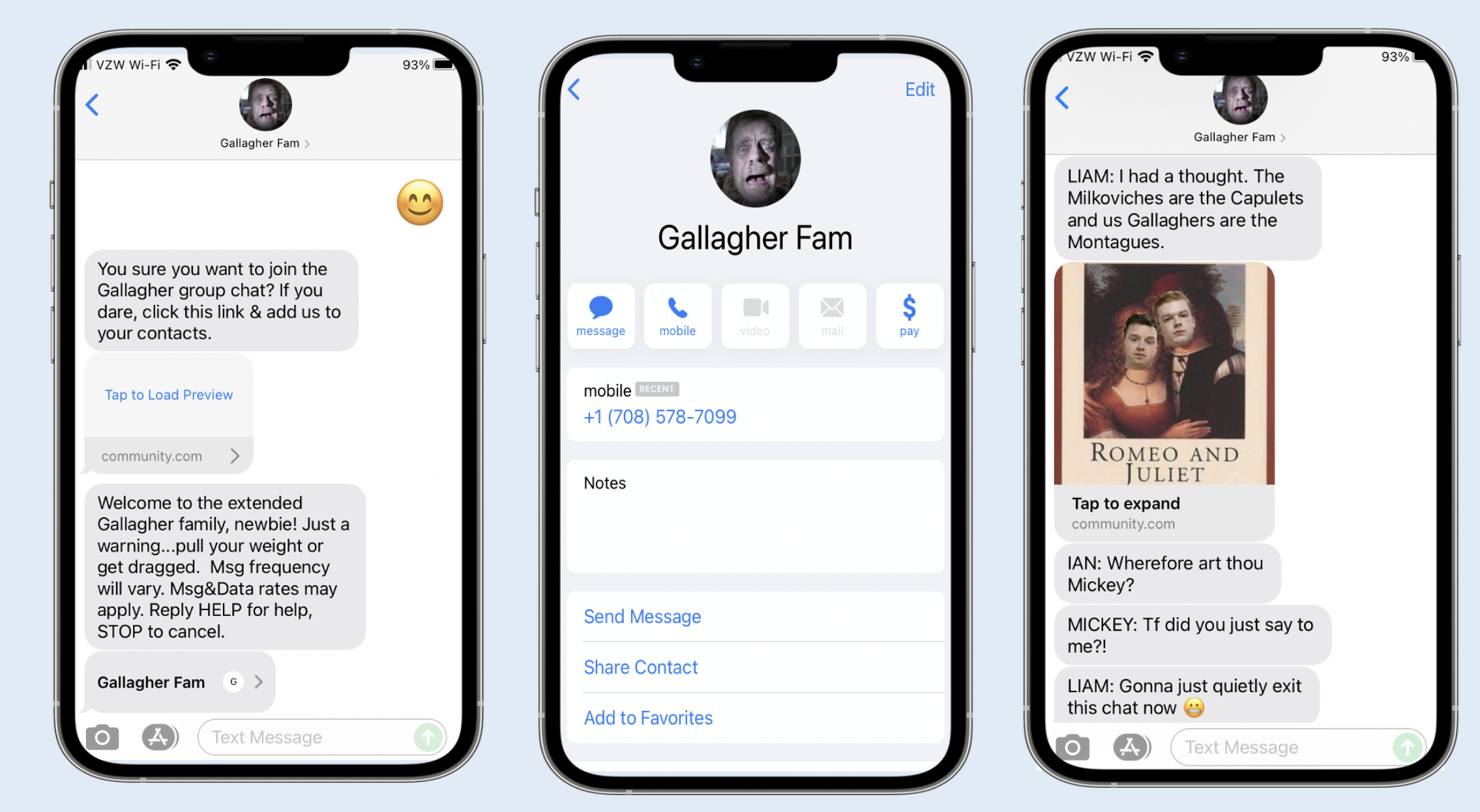 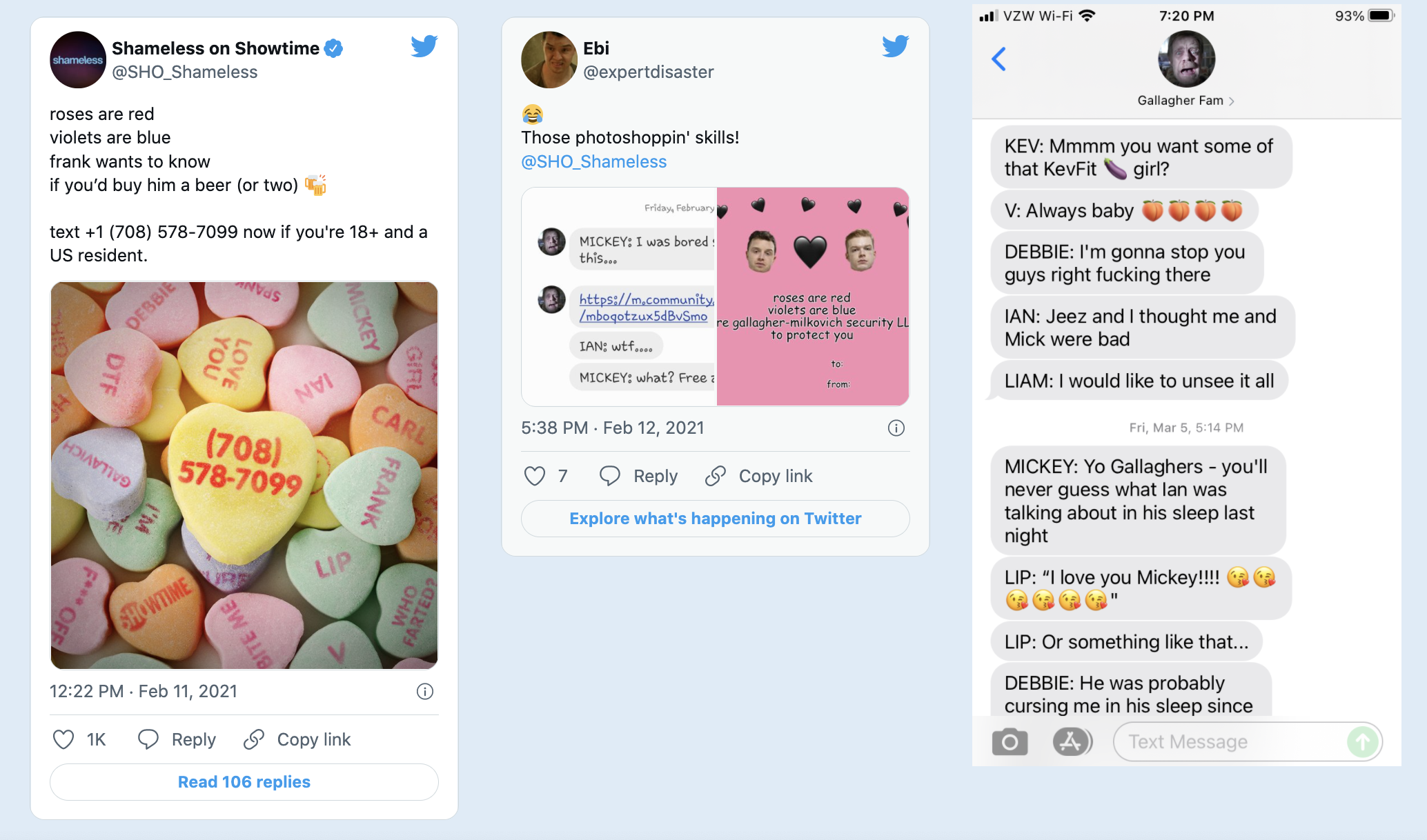 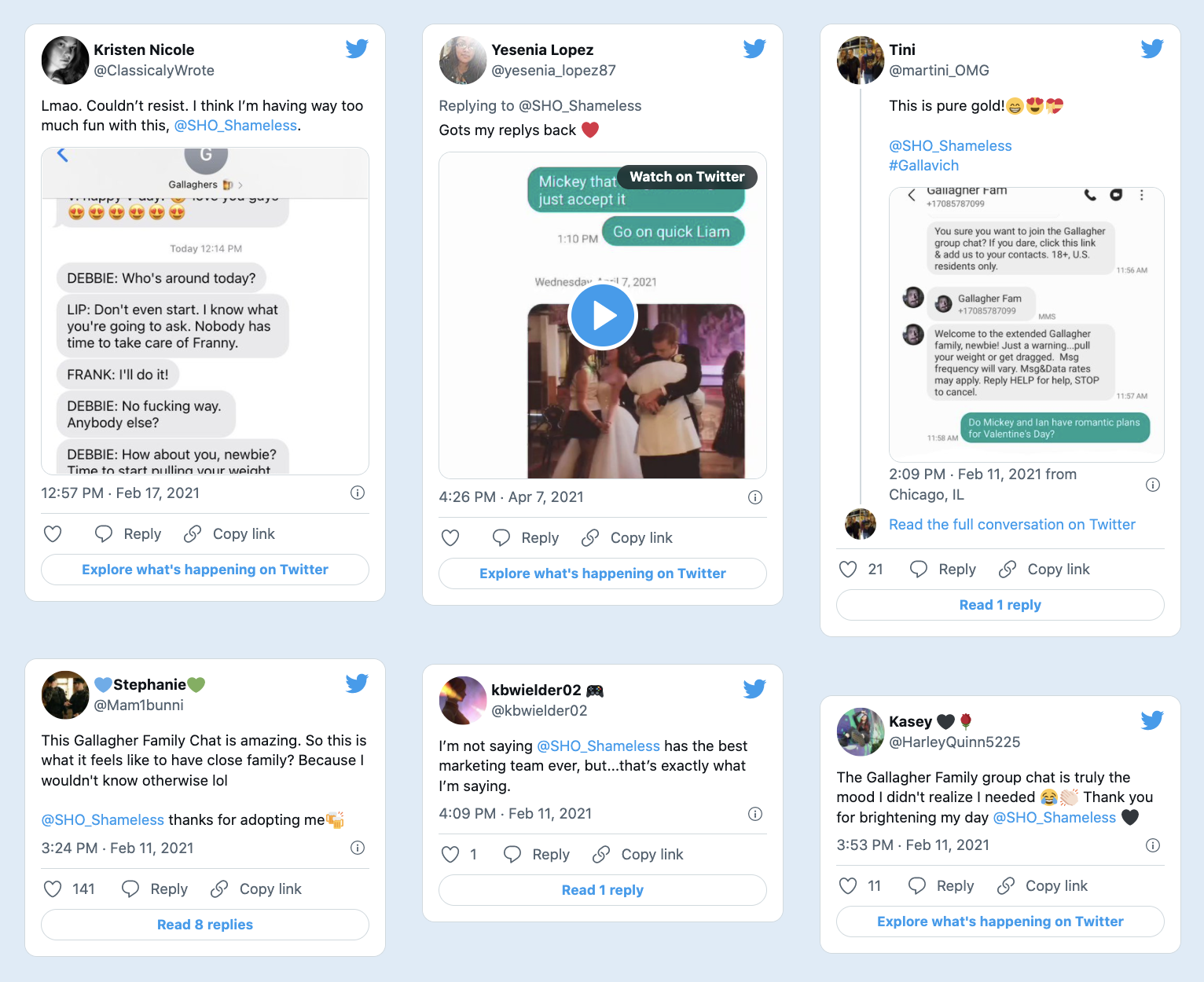 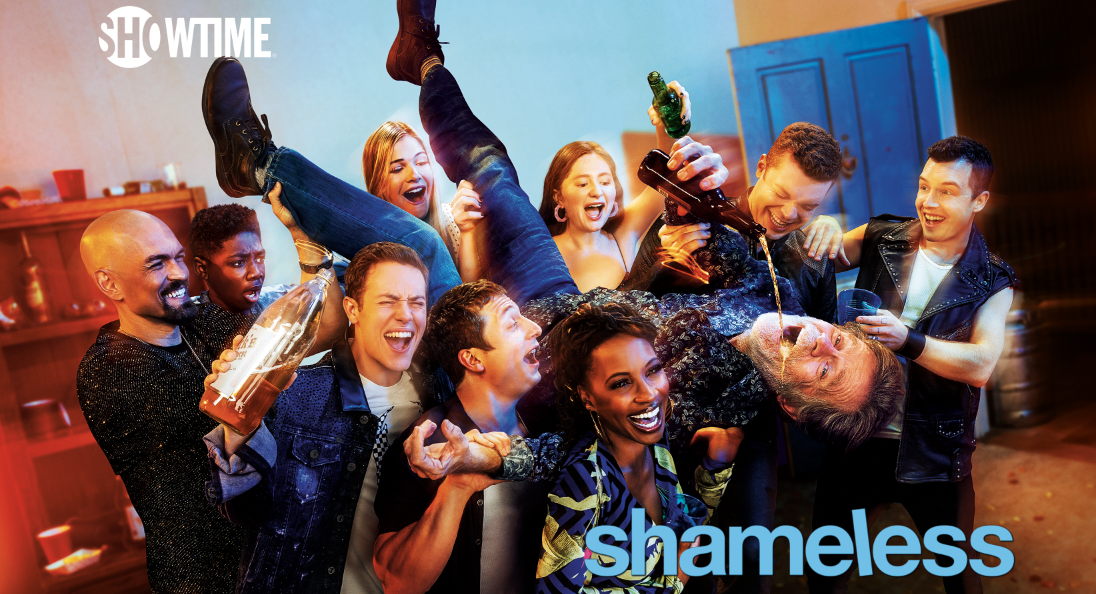