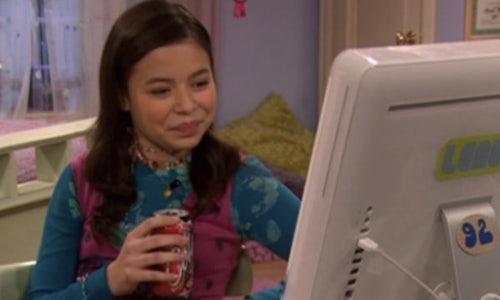 iCarly Returns With The Iconic Meme Fans Were Waiting For

Nickelodeon’s original “iCarly,” which ran from 2007-2012, followed a group of best friends as they created a webcast for and about kids their age while grappling with everyday problems and adventures. During its initial run, the tween-sitcom became a pop-culture staple and regularly broke viewership records among audiences of all ages.

Fans have been screaming for a reboot for years, and finally, more than eight years after “iCarly” went off the air, Nickelodeon announced that the beloved series was coming back and would be available to stream on Paramount+.

Fans who were kids when they watched the show during its original run are all grown up now - and so are the stars of the show. So it makes sense that the revival would reflect that growth. Even though the characters are navigating adulthood, the reboot has been given license to retain its original silliness while allowing the show's core characters to mature alongside their former audience.

In the new series, a now 26-year-old Carly returns to Seattle and decides to relaunch her famous web show with the help of both new and familiar faces.

Paramount+’s key objective in launching the “iCarly” reboot was to draw connections between the iconic moments from the classic series and the new rebooted series.

In advance of the revival’s premiere, Paramount+ unveiled the new “iCarly” theme song opening credits montage and fans were quick to notice that the show’s star, Miranda Cosgrove had recreated her hilarious "interesting" meme.

As the theme begins, Cosgrove is seen sitting at a computer holding a can of beer, smiling the same devilish smile from 15 years ago. It’s shown as a clip from her fictitious social media account with the caption, “I’m back!”

Within the first few minutes of posting, the Paramount+ social team noticed hundreds of people liking, commenting, and sharing the post. The meme series was posted across Paramount+ social platforms in the week leading up to the Season 1 premiere and had a lot of people talking about the show, what it was going to be like, their childhood, and overall excitement. From a KPI perspective, these “iCarly” memes performed above platform benchmarks for success across all social platforms. 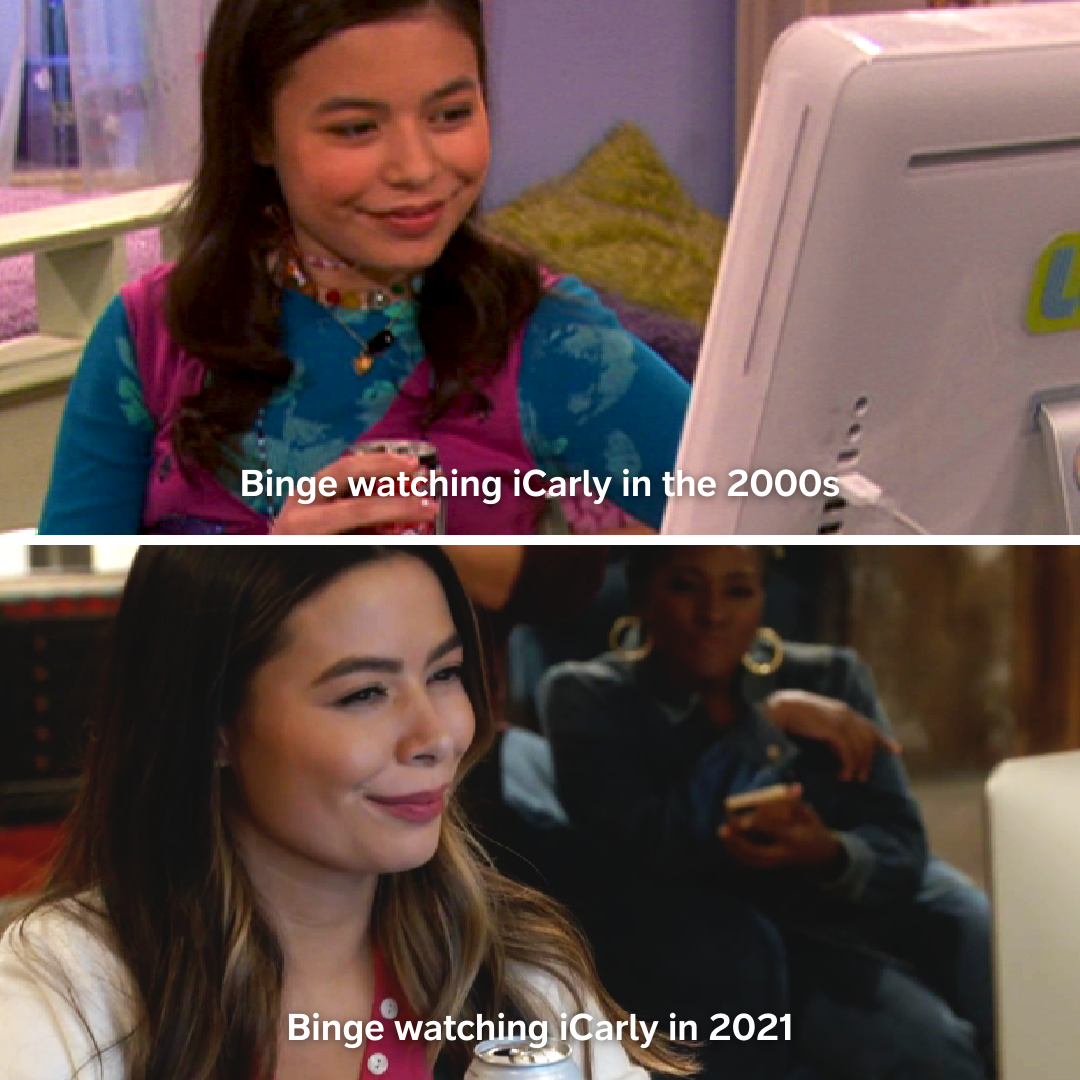 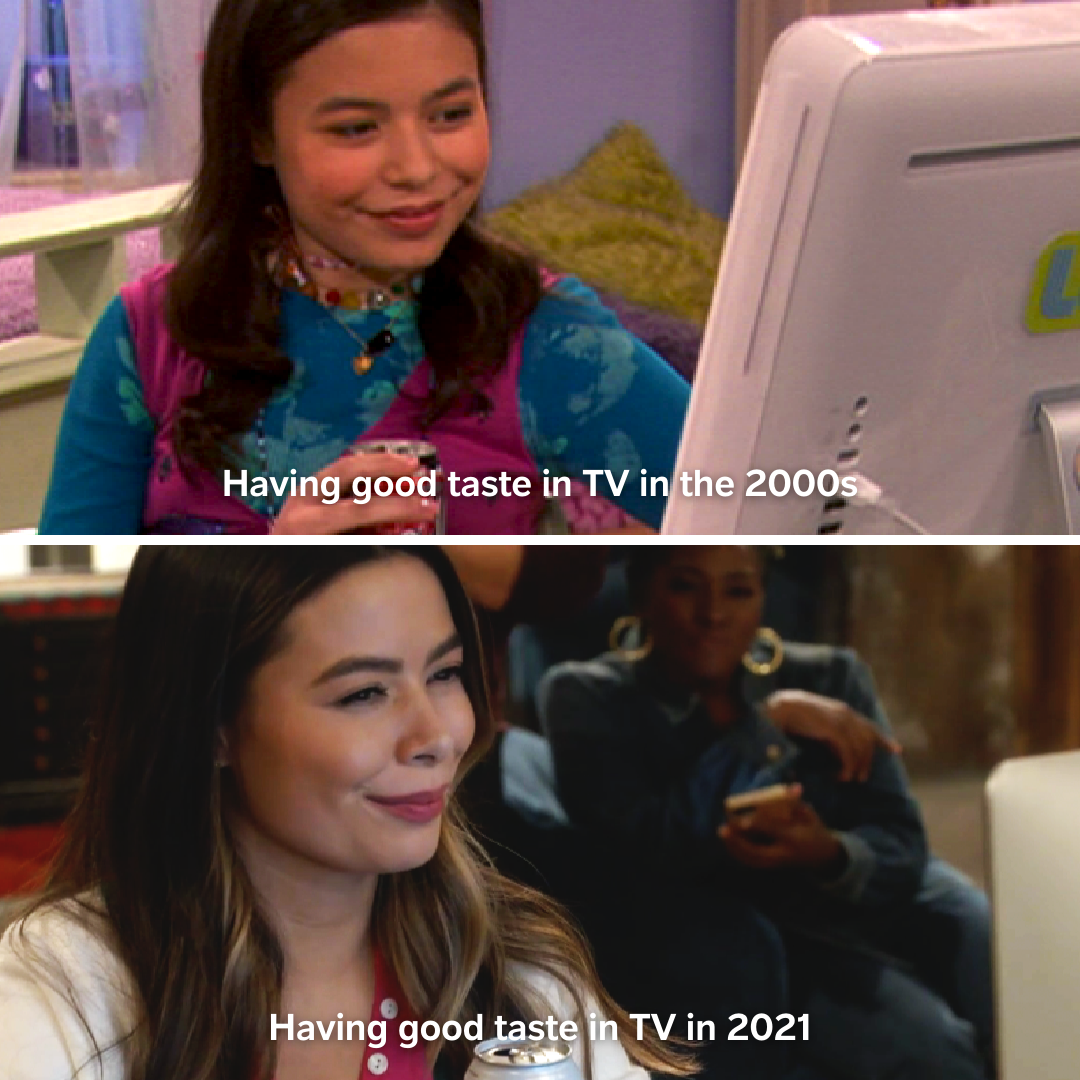 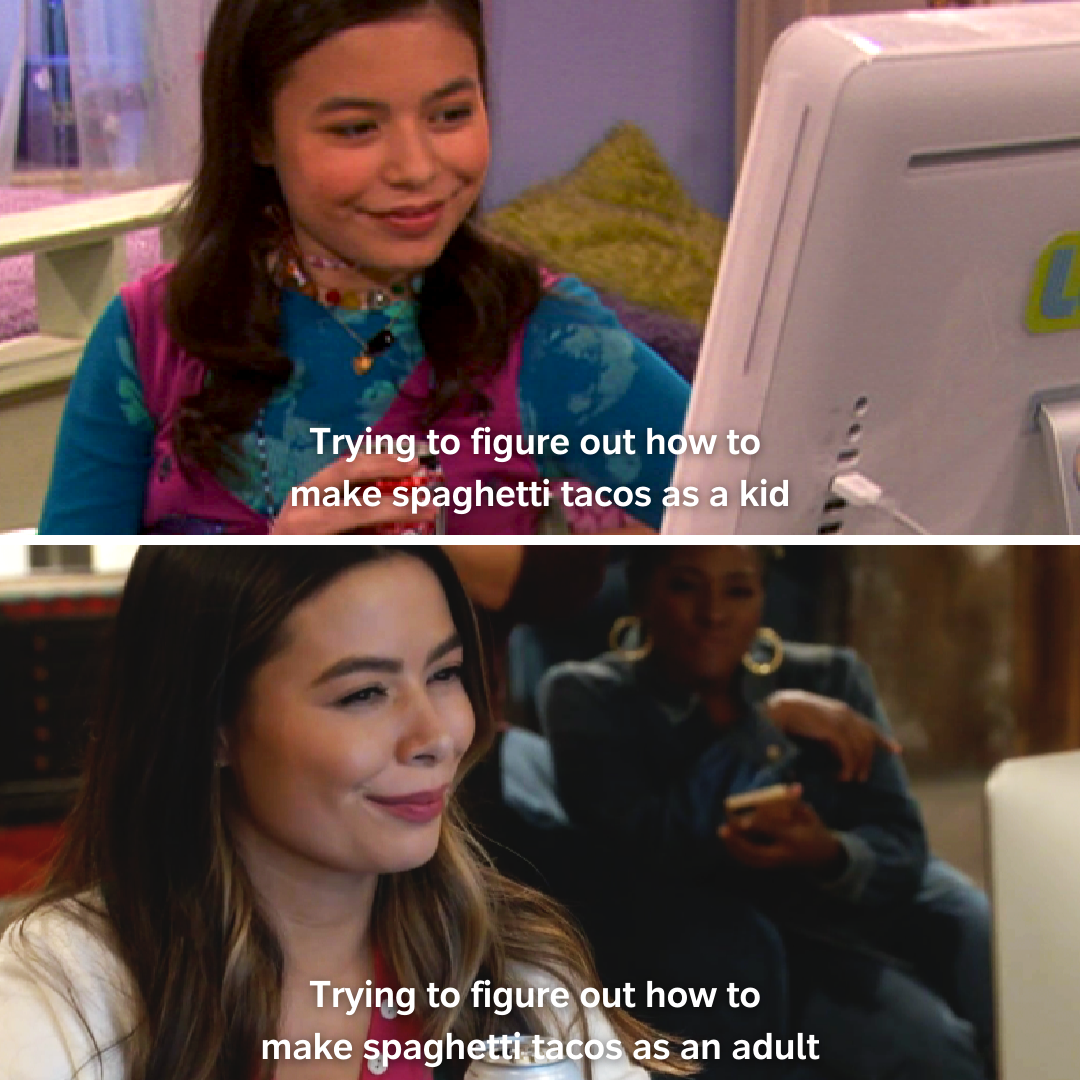 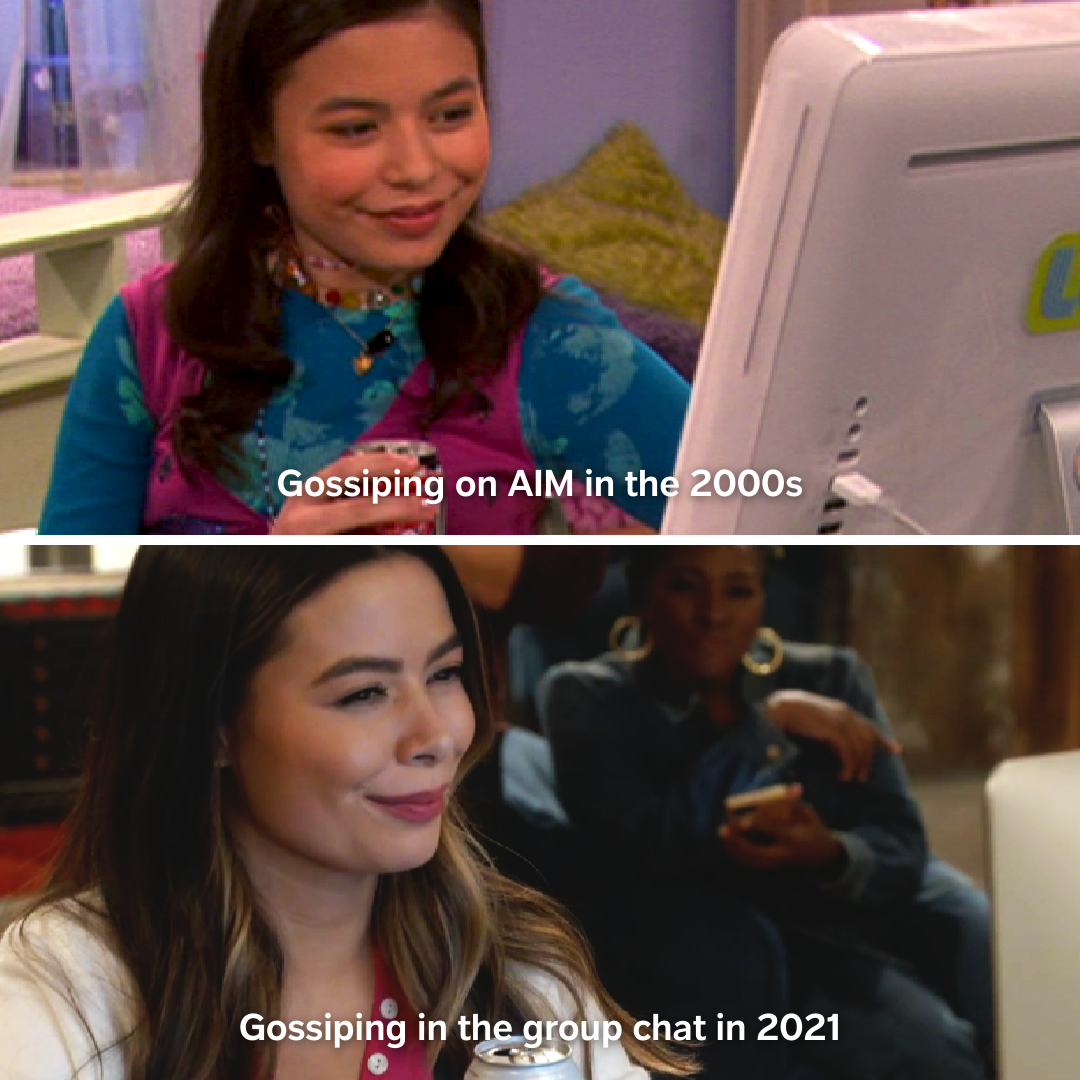 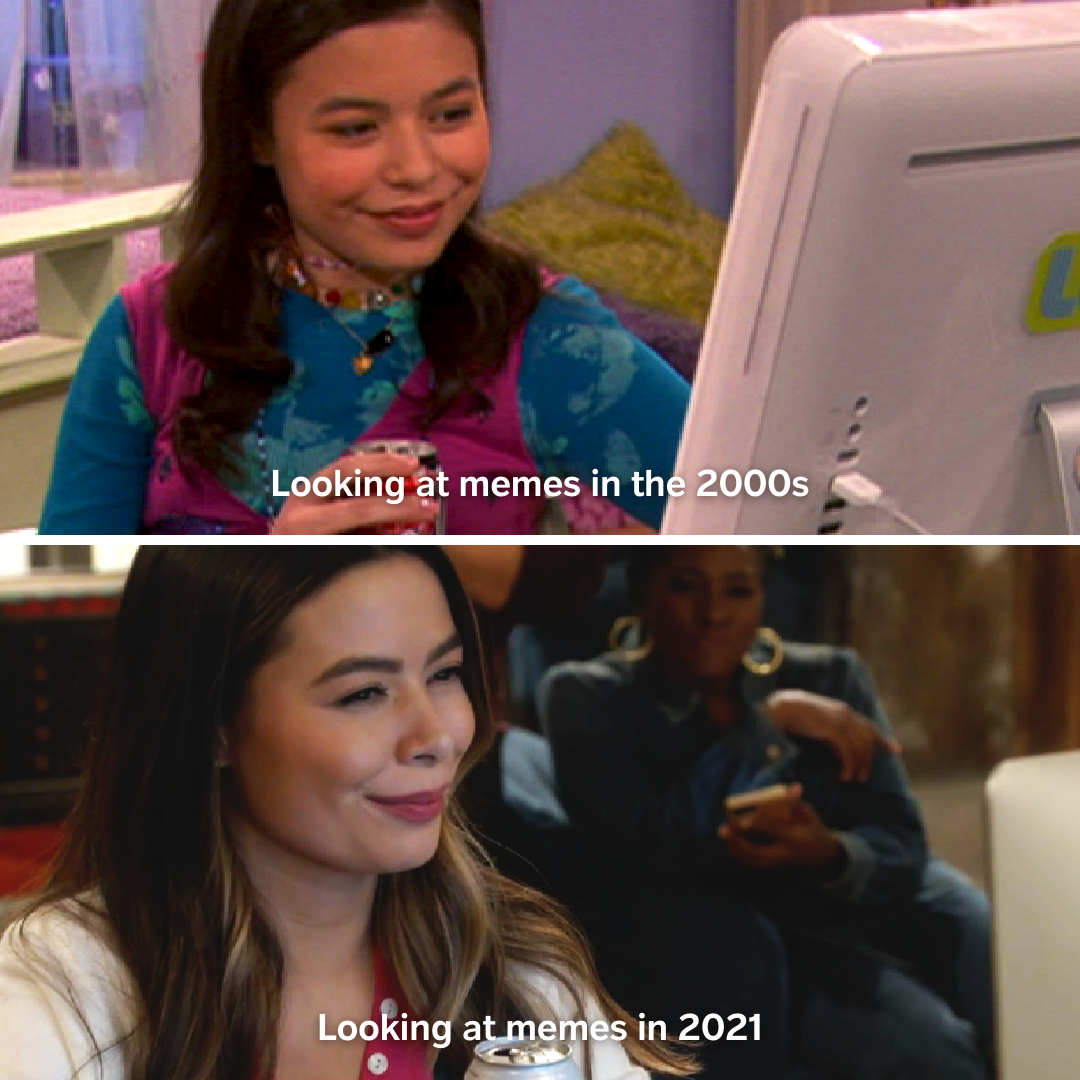 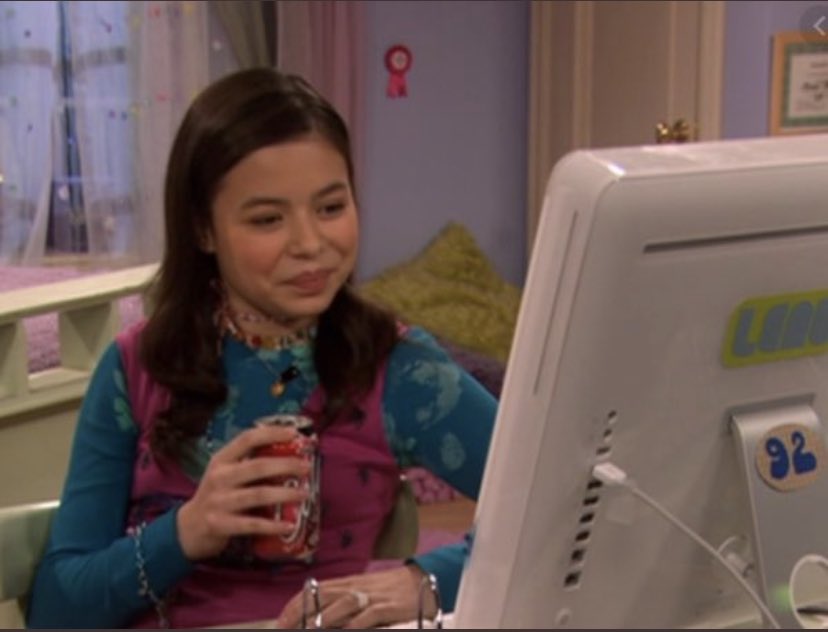