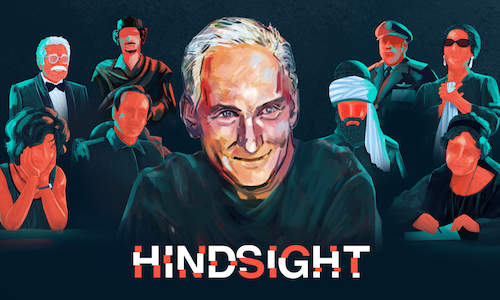 Hindsight is a genre-bending, docudrama podcast by Al Jazeera. The series resurrects some of history’s most notable figures so they can tell you their story in their own words.

The idea for Hindsight came during a conversation with a colleague about upcoming podcasts at Al Jazeera Arabic. He told me about a new project called, Rumooz – stories of people from the Middle East spoken in first person. I turned to him and asked, “Why aren’t we doing this for our English audience?” And so production began.  While it is impossible to consider this a nonfiction series as the people we feature are no longer alive, Hindsight takes great care to sign post the course of the subject’s life with facts and how his or her actions affected the situation and world around them.

The Narrator is the crucial voice whose role is to hold the character to account. To call him or her out on their spin or outright lies. The narrator also brings vital context and details to the story the character is reluctant to bring up. The narrator ranges from empathetic to skeptical to contemptuous, depending on the character and how slanted their version of events may be.

Actor Charles Dance is Hindsight’s narrator. The London-based actor delivers a masterful performance that at times borders on the deliciously terrifying.

Hindsight. You've heard of them. Now it's time you hear from them.

Too often conflict and human rights abuses in this region dominate international headlines. At Hindsight, we wanted to provide our western audience with a different perspective, context to a part of the world that is rich in history and stories.

Due to our positioning, we’re able to combine our experience in the region with the study of notable and sometimes controversial figures from our collective past. Our aim is to bring these characters to life, as if they were speaking to us from the great beyond.

The result is an immersive soundscape enriched with archival audio and cinematic scoring that transports listeners into the experience of people who impacted the course of history. For better or worse. We take a considered approach when diving into the lives of history's most infamous figures because it doesn’t do anyone justice to be careless with the consequences of their actions. Context of how this person came to be and how his actions impacted society then, and now, is a cornerstone to this series which aims to engage a new audience to the news.

Take Libya. During the 2011 revolution rebels had one prize they wanted to get their hands on: President Muammar Gaddafi.  His repressive 42-year rule came to a dramatic end when he was pulled out of a pipe bleeding and half dead. He had one question for his captors before they killed him: “What did I do to you?. That one question is answered in The Philosopher Tyrant, on his actions and consequences.

It isn’t just the political figures the world has come to know that makes Hindsight unique. We’re exploring the lives of actors, like Omar Sharif, and hearing from hidden jewels in male-dominated societies, including women in the region who blazed trails – female characters like Huda Shaarawi, a pioneering feminist in Egypt from the turn of the 20th century who pulled back the veil on old traditions for girls and women in society and helped raise the minimum age of marriage for girls to 16, years before it was legislated in the United Kingdom.

And if you ask the Egyptian diaspora which female singer has had an enduring presence in their lives, chances are they’d say Umm Kulthum. As a child, she discreetly broke through society’s limitations. Throughout her career, she sang what she wanted, even when men reportedly jumped onstage threatening her to change her songs.

The series further explores the lives of characters as diverse as the poet Forough Farrokhzad, who was controversial for being a woman writer in a patriarchal society and risked everything to speak her mind; and the 13th century Persian poet Rumi, whose narrative is rich in whirling dervishes and the story of a young refugee poet running from persecution towards a better life.

The story of 20th century Lebanese writer of The Prophet, Gibran Khalil Gibran, further opens to a rich exploration of the wars of Lebanon, the destructive forces of alcoholism and the confluence of cultures in the new world.

We are asking people to commit when they play an episode of Hindsight. Durations range from 25 minutes and sometimes above 40 minutes. But it turns out they are listening. The completion rate for season 2 of Hindsight which aired in 2021, was above 50%.

Our audiences are growing in the United States, Canada, United Kingdom, Australia and Saudi Arabia. The reach is broad, enticing listeners in India, Nigeria, South Africa, and many more, to listen in. so on. Our listeners are as diverse as the people we feature.  We broadened our scope in season 3  to include other iconic and infamous figures from around the world.

Our highest download was for Gibran Khalil Gibran’s episode (20’000 and counting). We’re happy with this because what we’ve learned is that people are coming back to Hindsight either to pick up where they left off or to scour our podcast library of history’s famous and infamous. Timeless in its appeal, Hindsight never gets old. But it does get better with age. 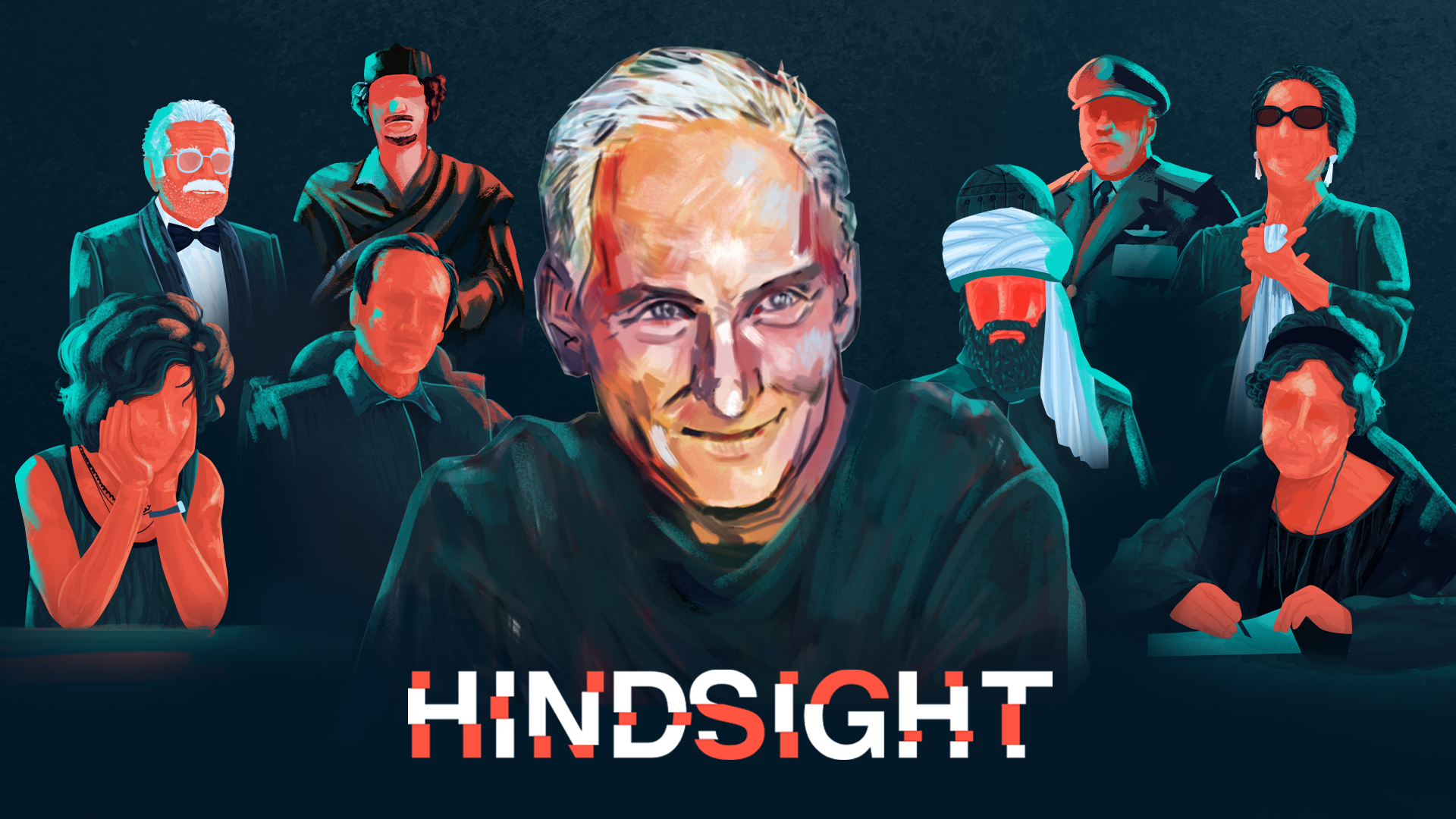