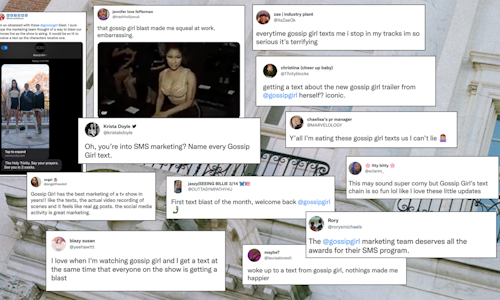 HBO Max tapped leading innovative text messaging company, Community, to help drive a new way to engage fans and encourage them to feel like they were a part of the series.

As part of this campaign, Gossip Girl socials and talent posted a telephone number (917-809-4277) with a call to action, giving fans the opportunity to reach out to THE Gossip Girl. Anyone who was part of the Gossip Girl’s text community received exclusive content before anyone else up until the launch of the series later this year.

The Gossip Girl texted its fans before episode launches to create excitement and increase viewership.
The challenge was to ensure Gossip Girl fans had a new channel to engage its audience, instantly and directly, while also making it feel personalized to the receiver– like getting  a familiar text from a friend.

The Gossip Girl text community, were committed and focused on a thoughtful communications strategy to ensure their campaign, could also drive other key marketing promotions on Instagram, experiential events, OOH  and more.

The Gossip Girl team did an OOH fly over memorial day weekend in the NYC area to get its fans excited around the launch of the show and create some virality, chatter and engagement on social media. Fans who texted the number +1 (917) 809-4277 received exclusive "Gossip Girl" content up until the show's launch in July, and those who called the numberheard the familiar voice of the show's eponymous character reveal a key part of the new series. 20,000+ subscribers were gained within 24 hours of launch!

This allowed HBO Max to optimize a mobile platform to stir up excitement for its latest streaming content.
By leveraging Community’s text platform, HBO Max was able to raise the bar for relevant content by segmenting fans into cast member favorite communities like l sending character specific content such as nsider looks at upcoming episodes. The immersive experience of text was perhaps the funnest engagement feature where fans were actually texted at the exact same time a Gossip Girl cast member texted live during the airing of an episode!

Using Community’s platform’s response-based segmentation tool, Gossip Girl increased click-through rate by 4x and drove 24% response rates which was 9x above their Instagram posts on the same day. These campaigns helped them inform who was popular on the show, what content was working, and how the insights could be leveraged to best serve their community with information they cared most about.  The show retained over 90% of its audience throughout the seasons. 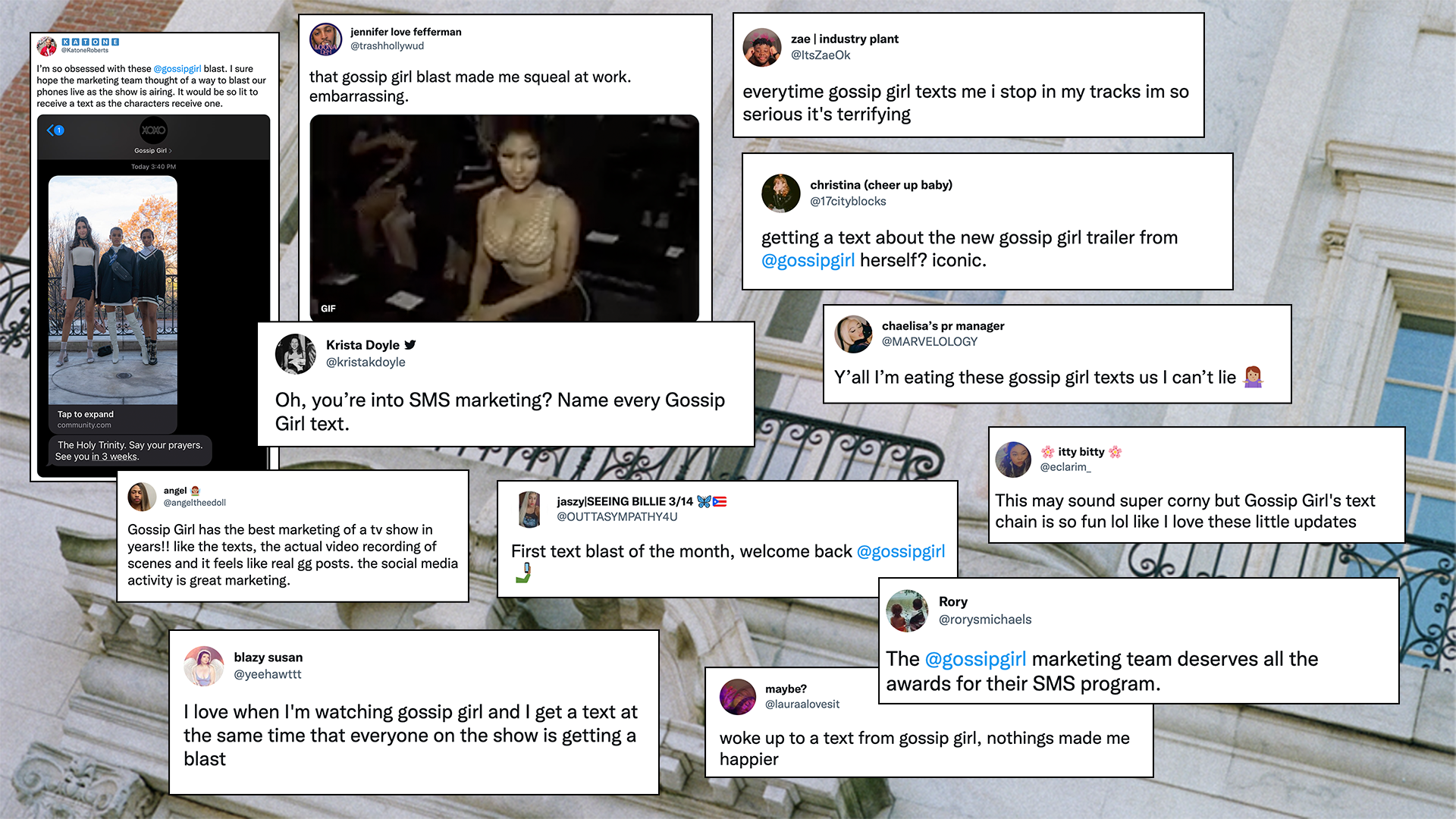 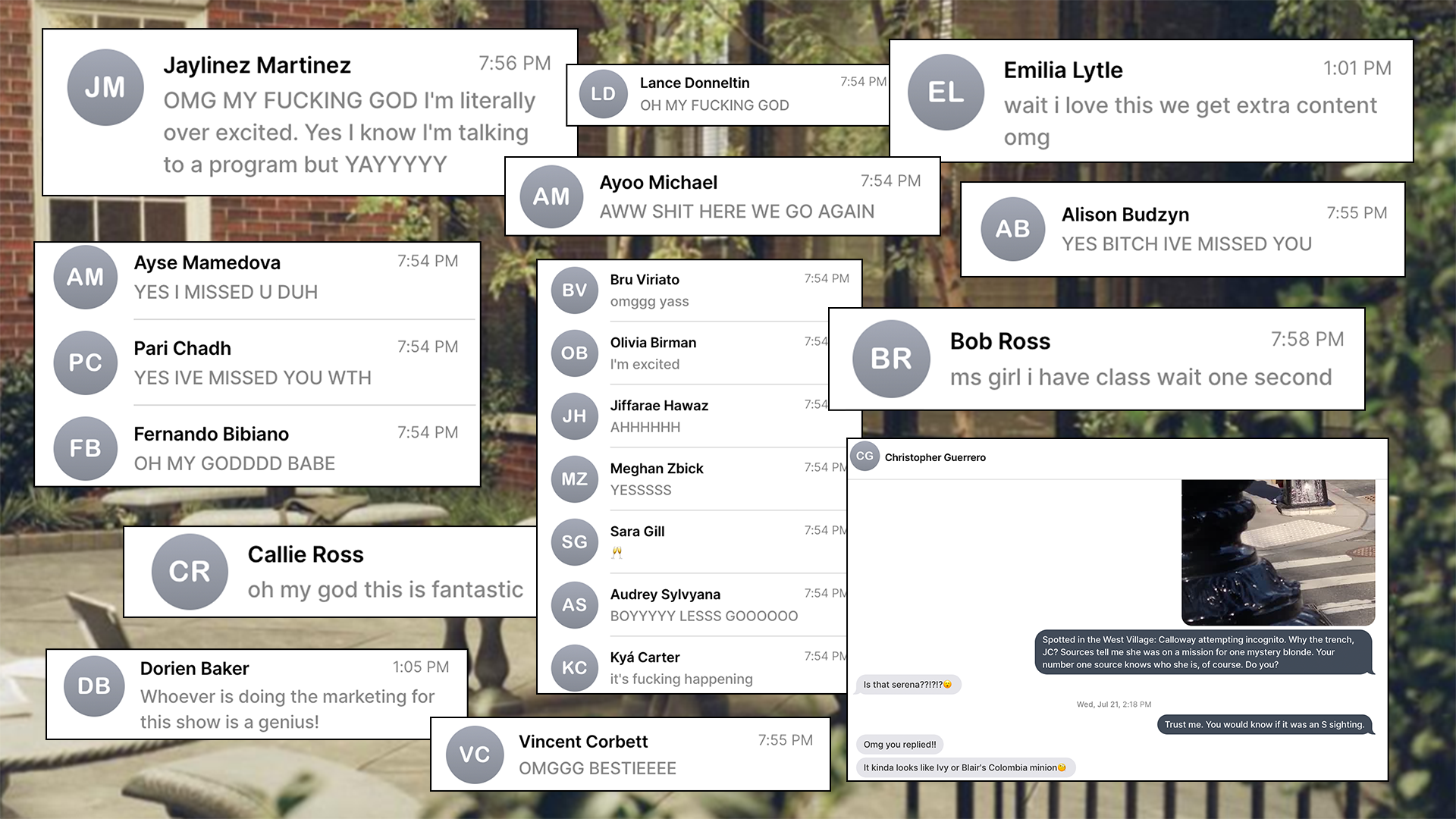