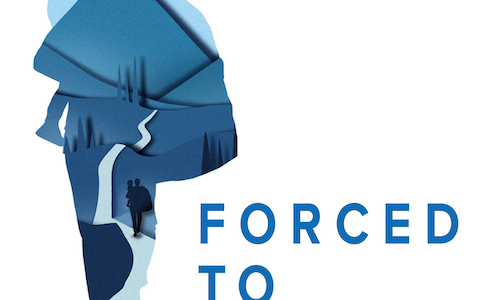 "Forced To Flee" had two main objectives. First, we wanted to bring the major issues of forced displacement to a wider audience - the conflicts, violence, persecution, human rights abuses and other factors that force people to flee their homes; how and where they have escaped, sought shelter and attempted to rebuild their lives; how communities, countries and international organisations have responded over the past 70 years; and what the future holds now that there are record numbers of refugees, asylum-seekers and internally displaced people around the world.

Secondly, we wanted to mark UNHCR's 70th anniversary year (from Dec 14 2020 to Dec 13 2021) and the 70th anniversary year of the 1951 Refugee Convention with a history-focused product that would serve as a record of some of the major refugee/displacement emergencies in which we have been involved. So the podcast had a twin purpose: to advocate and inspire external audiences, and to develop a sense of history, collegiality and common purpose internally.

UNHCR, the UN Refugee Agency, is a 70-year-old international organisation that has been heavily involved in some of the biggest humanitarian emergencies since the Second World War. Although our work is expressly non-political (as directed by our Statute), such issues as forced displacement, refugees and migrants, conflict, persecution and human rights are inherently topics on which the public and governments are likely to take a stand. Furthermore, some of the issues that are important to us are highly technical and/or legalistic, and not likely to appeal to the general listener.

To solve this, from the start our approach was to focus on the remarkable stories of individuals who had fled their homes. Above all, we felt it was crucial to give forcibly displaced people a voice, rather than have the podcast be dominated by UNHCR voices. We sought stories that were compelling, uplifting, poignant, heartbreaking, even frightening, to show the real human beings behind the terrible statistics of displacement. This was identified as the best way to attract listeners and to keep them listening, while at the same time weaving in some of the themes and issues that are crucial to our protection work. That is, we used the personal to illustrate the general as well as to captivate the listener.

All this required extensive research; lengthy discussions with colleagues in large and small operations all over the world; the pursuit of tips, hunches and vague memories; research in our Records and Archives section; and a great deal of emailing, phone calling and Teams/Zoom meetings to locate and interview contributors.

The structure of the podcast, broadly speaking, is the refugee's journey: from the moment of fleeing home to the journey in search of safety, arrival, rebuilding and then a solution such as resettlement, integration or voluntary return home. We sought personal stories that would fit with this structure, deviating in episodes 4 and 5 to focus on particularly significant emergencies (which we also approached through personal "lenses"), as a way of tackling wider issues of policy.

Finally, we wanted a truly outstanding product - rich in sound effects, including archive material, professionally recorded, mixed and edited, presented by an experienced and talented presenter (in this case Anita Rani), with compelling music. It had to serve as a "landmark" product that would stand the test of time and still be of interest to listeners in 10, 20 or more years time. We hired an experienced radio producer from a major broadcaster on a six-month contract to help us achieve this.

The quality of the podcast is outstanding. Contributors include a Vietnamese refugee now in the US who was one of the Boat People who escaped in the 1970s, who told a gripping tale of escape, capture, encounters with pirates and rescue; a Hungarian refugee now in Canada who fled in 1956 - the first major new emergency UNHCR faced; refugees and UNHCR colleagues who recalled the dark days of the genocide in Rwanda and the war in Bosnia; child refugees who had survived dangerous journeys on foot, by bus and by sea; Venezuelan musicians who formed an orchestra and choir in Chile; and many more outstanding contributions from Bangladesh, Jordan, Afghanistan, Colombia and elsewhere.

The podcast is truly sound rich, combining interviews with music, sound effects and archive material, with crisp editing and excellent production values throughout. Anita Rani's presentation struck exactly the right tone. We weaved in key issues, from responsibility sharing to states' obligations and responses under international law, from child protection and the right to education to the impact of climate change, without making such topics too technical or complicated.

The podcast was also extremely well received by the senior leadership in UNHCR and deemed to have met the requirements of a historical product that captured at least a flavour of the organisation's work over the previous 70 years.

Video for Forced To Flee 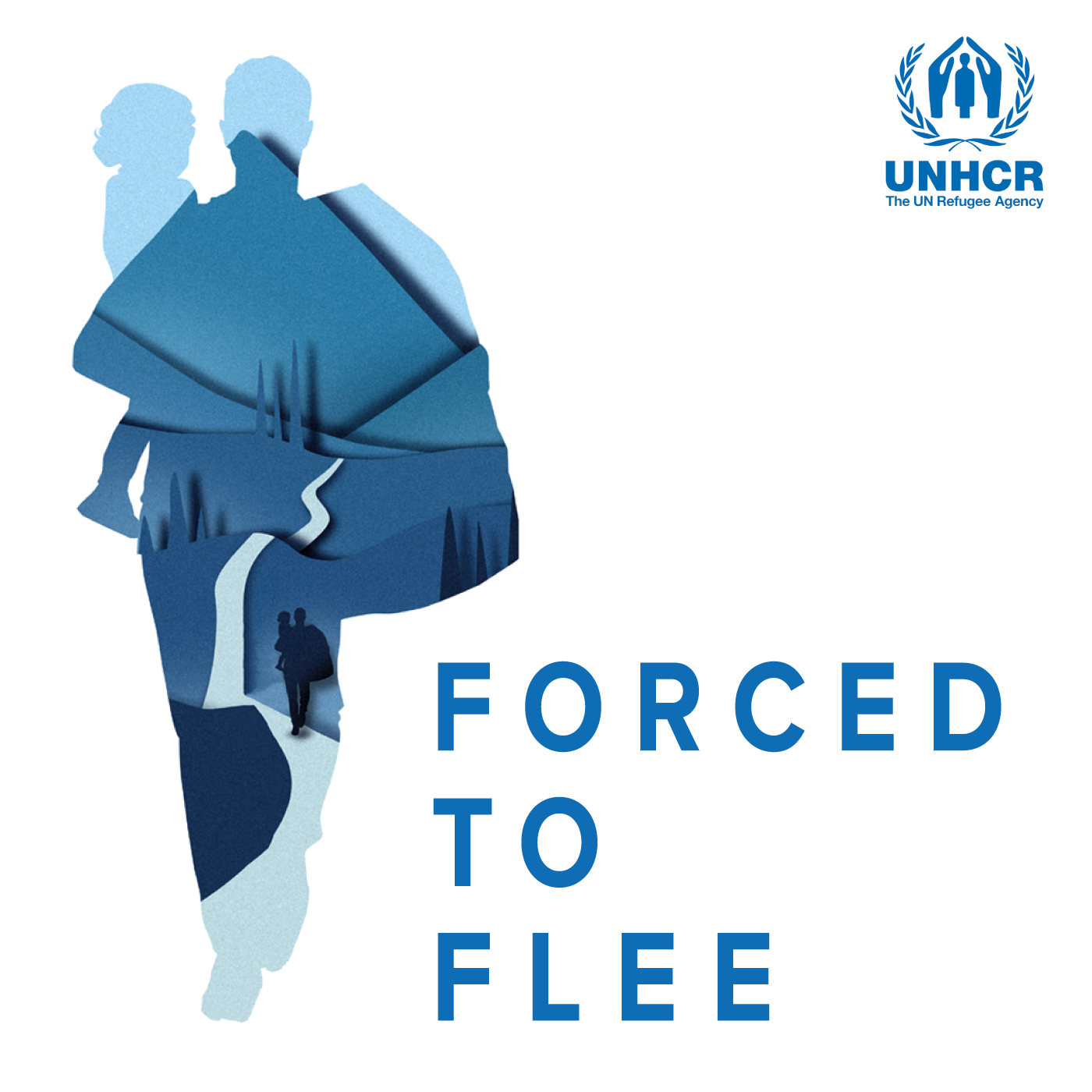