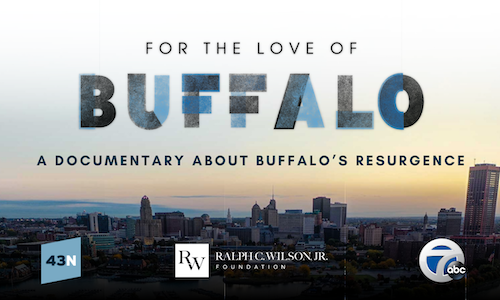 For The Love Of Buffalo

Buffalo, New York, is a city founded on innovation and entrepreneurship. From the birthplace of electricity to the first fire hydrants, air conditioners, and movie theaters, Buffalo is a region rooted in ingenuity. Today, the city is on a mission to reclaim its entrepreneurial fire and spur the kind of success and vibrancy that marks all great cities.

This is the DNA behind 43North’s startup competition, the largest in the world, serving as the city’s investment to become the next American technology hub. Since 2014, 43North has strived to attract and retain high-growth startups in Buffalo, by investing $5 million per year for companies to relocate to the city through its startup competition. The long-term goal of these investments is to spotlight Buffalo as ​​a place where the world’s most innovative startups want to call home through the best in-class resources to founders, a talented and dedicated workforce, and a passionate community that supports entrepreneurs. With the city’s strategic location, smart infrastructure, and booming workforce, startups are truly able to make an impact. In just 2021, the number of tech-enabled companies has more than doubled and boasts impressive growth with over $530 million in VC investment being raised by Buffalo startups.

43North’s For the Love of Buffalo documentary showcases the stories of its innovative founders and talent demonstrated by Buffalo’s fastest-growing private companies and the thriving entrepreneurial revolution. It conveys the success stories of its impressive startup portfolio and motivates the entire region to find their role in this mission.

By 2021, 43North and its portfolio companies reached significant milestones and realized a level of success and achievement that would impact Buffalo and its future generations. However, it was clear that locally, there was still a certain elusiveness about 43North and a general lack of understanding about the impact stemming from Buffalo’s establishment as a tech hub. In order to continue the growing progress of success seen among businesses in Buffalo, the backing and awareness of the local community was becoming more important than ever.

It was time to give Buffalo a closer look at what was happening relative to the startup space by showcasing the effects it was having on people of all ages, backgrounds, expertise, and more. To do that, 43North knew it was essential to bring the story to the masses through television and streaming – leading to the birth of the For the Love of Buffalo documentary.

43North’s documentary began as a pitch to a partner, seeking funding for the production, marketing, and distribution of the film. While the team was successful in making their pitch, the budget was dependent on a grant that had to be spent and completely used before the end of 2021, a deadline which was four months away. Working on a lean budget and a tight timeframe, 43North managed all aspects of producing a documentary film from its start to finish. In that time, they hired an award-winning production team, greenlit the narrative and story arch, and secured interest from a local broadcast partner who would air the documentary before the end of the year.

A fully integrated marketing campaign allowed 43North to reach thousands of Buffalonians ahead of the air date through digital, social, email, TV, radio, OOH, and print ads. By positioning 43North’s message in unconventional hotspots, such as a sponsorship with Buffalo’s Turkey Trot and a local holiday market, the organization was able to garner excitement for the film ahead of its December 8th air time. As a result, based on broadcast reports from local news stations and the collective views across platforms, For the Love of Buffalo received over 100,000 views and counting.

The For the Love of Buffalo documentary sheds light on why 43North exists in the first place and crystallizes the impact investing in an innovative economy can have. It showcases how when businesses grow and succeed in your region, it can create ripple effects that impact everyone in the community. The documentary allowed 43North to share just a handful of the many stories exemplifying the effects being seen across Buffalo, and ultimately moving the community to seek ways in getting involved. Following the documentary, 43North saw record breaking traffic to their website, a call-to-action mentioned at the end of film. The organization has received hundreds of inquiries from educators, entrepreneurs, potential angel investors, and job seekers alike asking how they can play a role in building Buffalo’s future. For the Love of Buffalo captures not just the impact of 43North’s investment and support for struggling/motivated founders, but the hope and drive it casts on the winning startups and overall Buffalo area. This documentary gives a voice to the people of Buffalo and those who are currently disrupting the city, illustrating how 43North’s mission is contributing to a larger Buffalo resurgence and a city’s resurrection.

Video for For The Love Of Buffalo 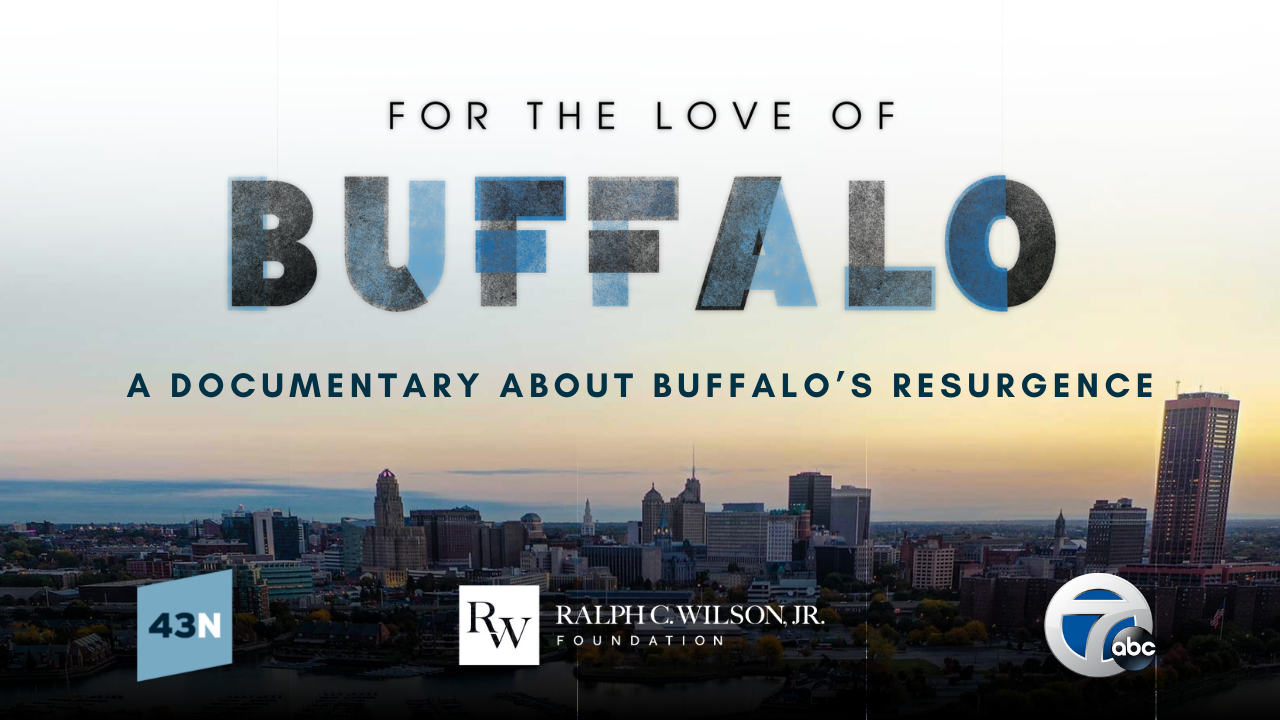