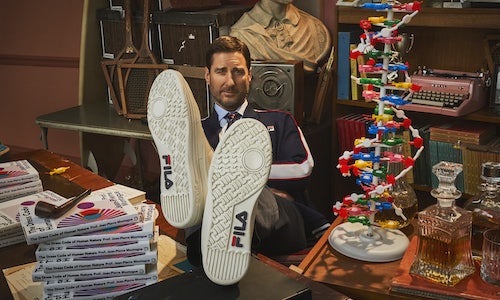 Seliger Studio chose to create a short film starring Luke Wilson as the fictional Professor Jean-Pierre Montague, Angus Cloud as his protégé Victor and Adesuwa Aighewi as Stella. The film's incredibly detailed sets offer a window into the eccentric world of our protagonist, a pro-am tennis player turned professor, who reminisces about his love of adventure and his passion for the FILA brand. A romantic at heart, Montague liked to believe that FILA stood for “Falling In Love Again,” a concept he teaches to the young apprentices who participate in his studies and listen to his stories. He shares tales of his work with FILA, where he chose a job of embroidering logos onto shirts, as well as his emotional color theory and his groundbreaking book, "The Dress Code of Human Nature," all to the comical confusion of his proteges. The Professor and his apprentices are brought to life with impeccable styling of FILA's archival and 110th Anniversary Collection pieces, further exploring the brand's historic connection between sport and fashion.

A 6 minute film that became instantly iconic amongst the broad spectrum of FILA's audience. From those who grew up with Borg to modern day youth.

Video for Falling In Love Again 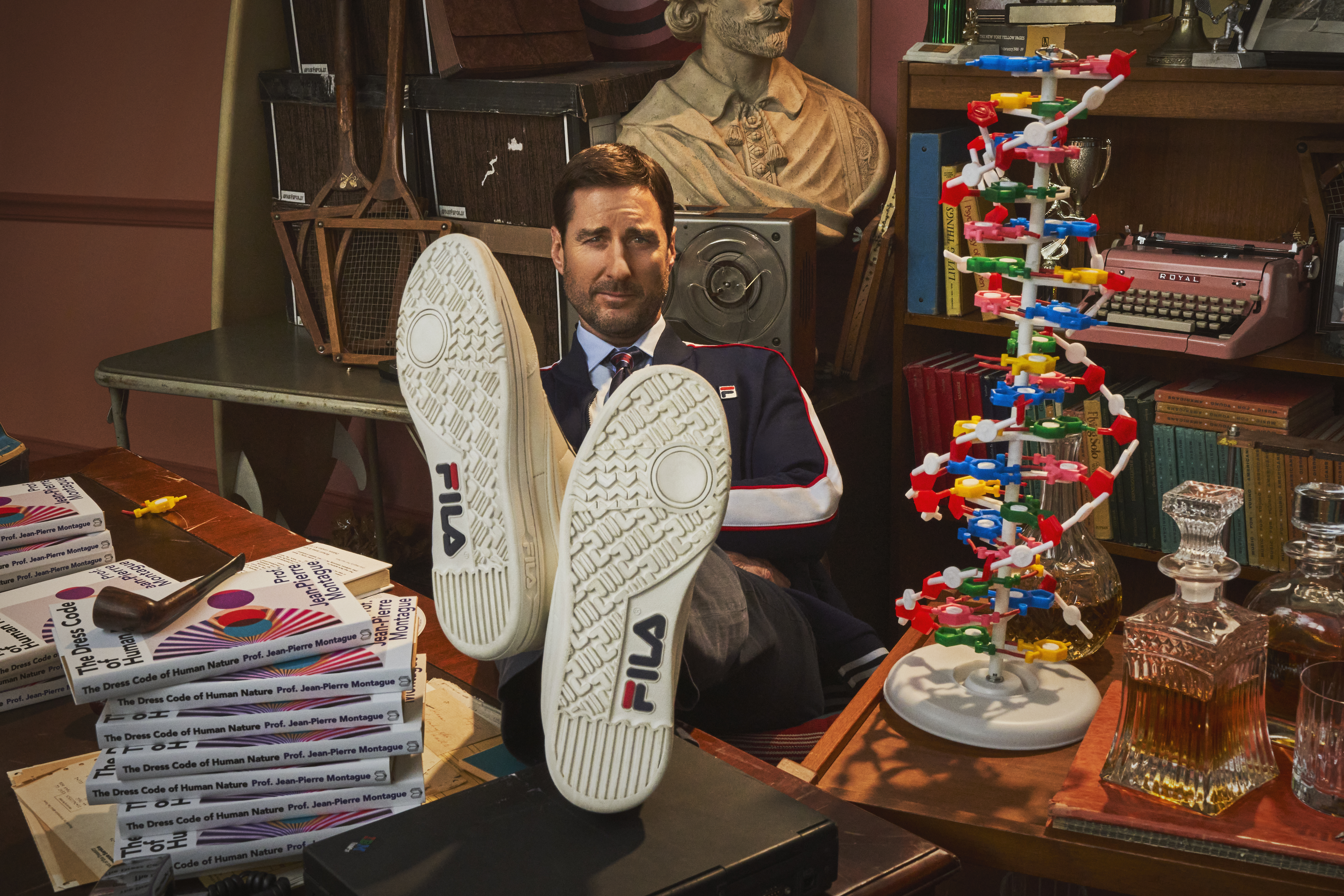 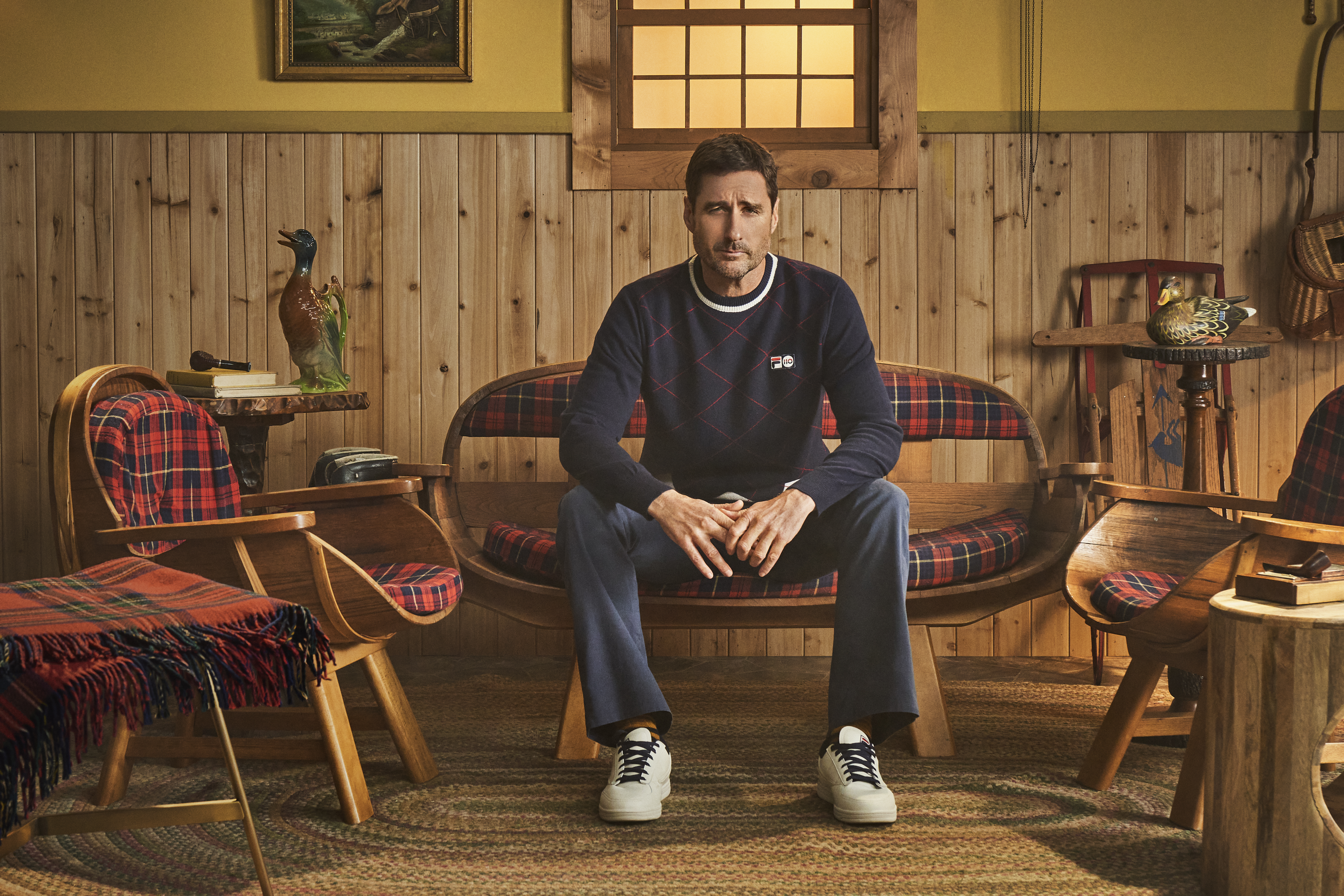 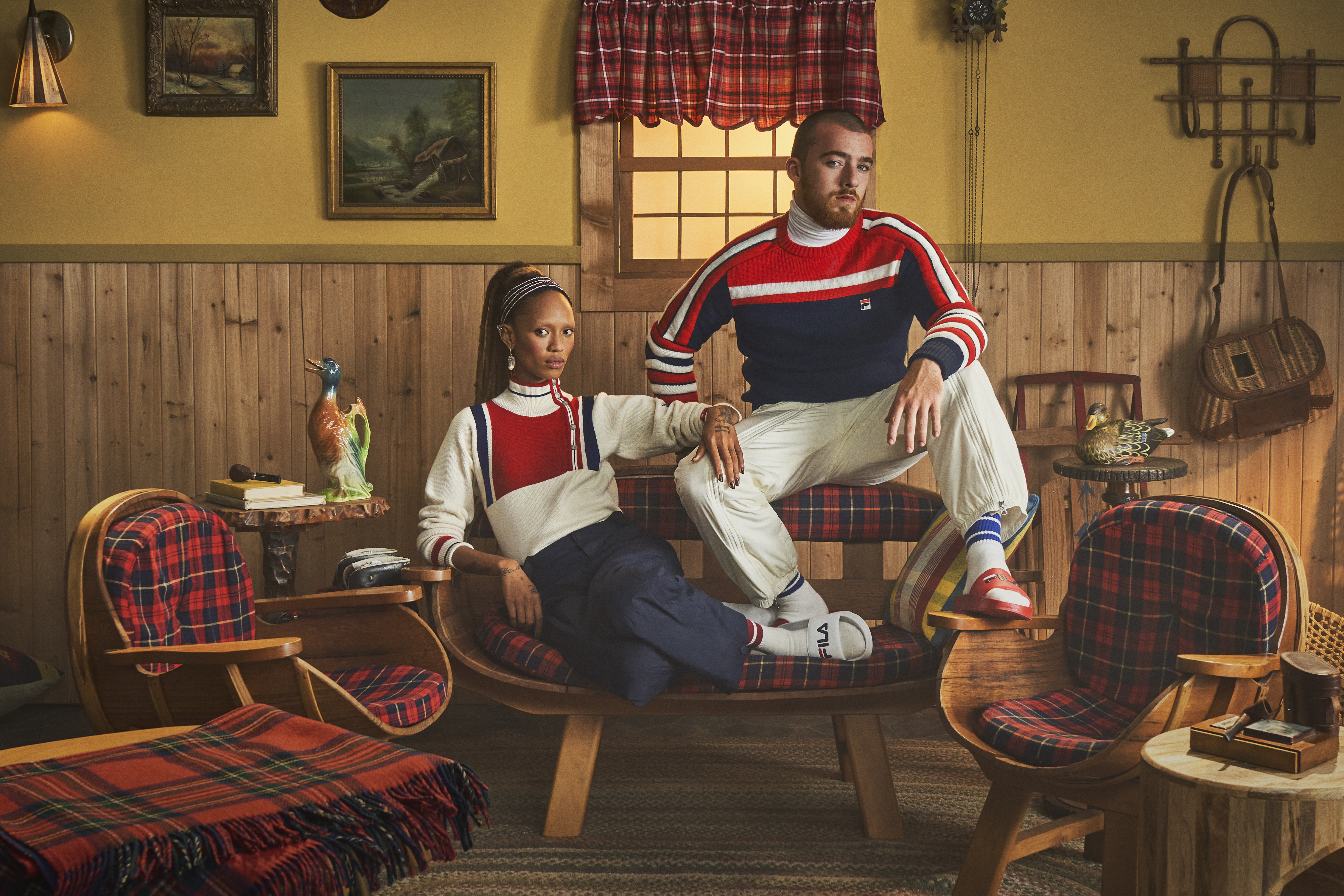