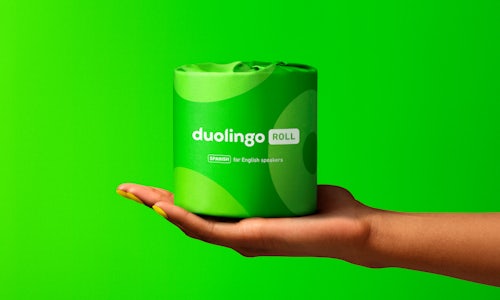 Duolingo wanted to generate awareness on a global scale without spending a significant amount of money on paid media. The goal was to acquire new users and press hits in our key markets of US, UK, Mexico, Brazil, Japan, and China.

One of the most common barriers to learning a new language is lack of time. Yet, the average person spends 14 minutes a day sitting on the toilet, which is more than enough time for a few lessons.

To turn the bathroom into a classroom, Duolingo designed the world’s first toilet paper that teaches you phrases from new languages. Available in 5 languages, Duolingo Roll featured real, quirky phrases from the app such as “My cat is a lawyer.” Plus, each sheet was produced with 3-ply softness, because learning a language during a pandemic is hard enough.

For the product launch, we sent colorfully-wrapped rolls to a curated list of influencers and invited them to test the new toilet paper lessons. Then, we shared Duolingo Roll with the world through a dedicated website featuring photos, descriptions, and customer reviews. And, we even installed toilet paper rolls in bathroom stalls at eighteen different WeWork offices across China.

Duolingo Roll made a splash and became an instant internet sensation. The launch generated 250,000 site visits from 173 countries, millions of earned media impressions, a 3.5% lift in global new users, and an 18% lift in new users in the US. The limited-edition product quickly sold out, but learners were still talking about it months later. 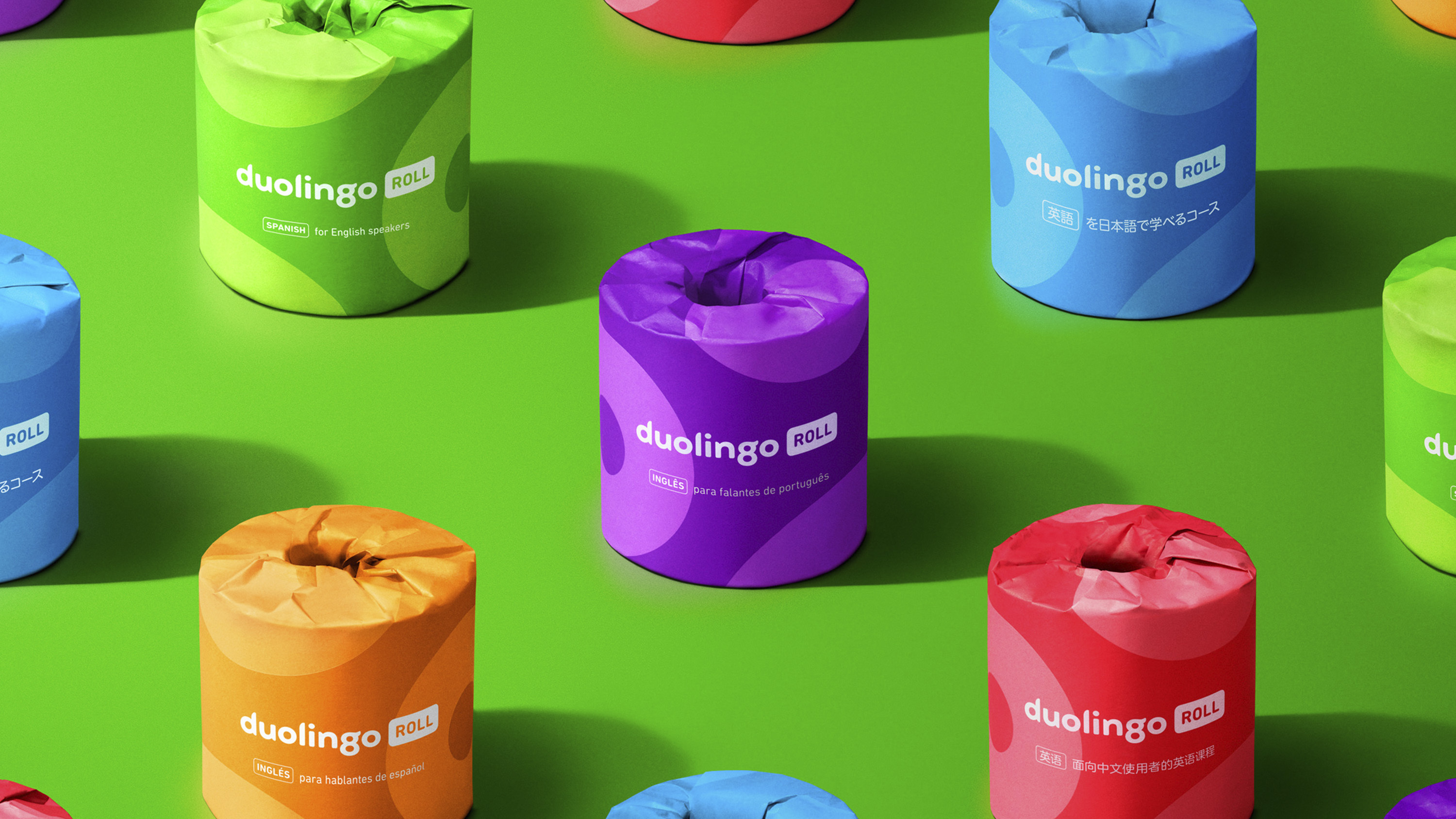 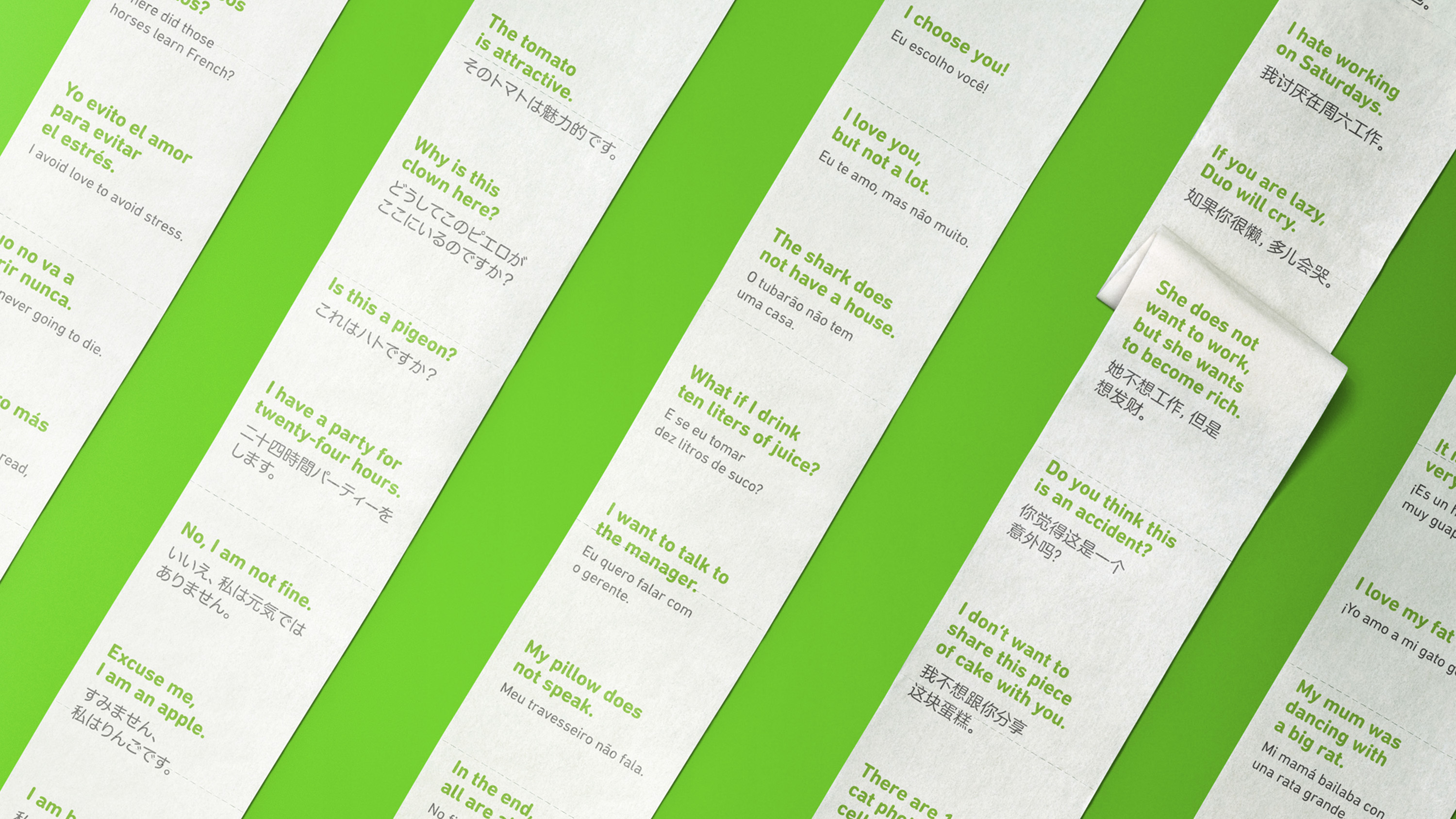 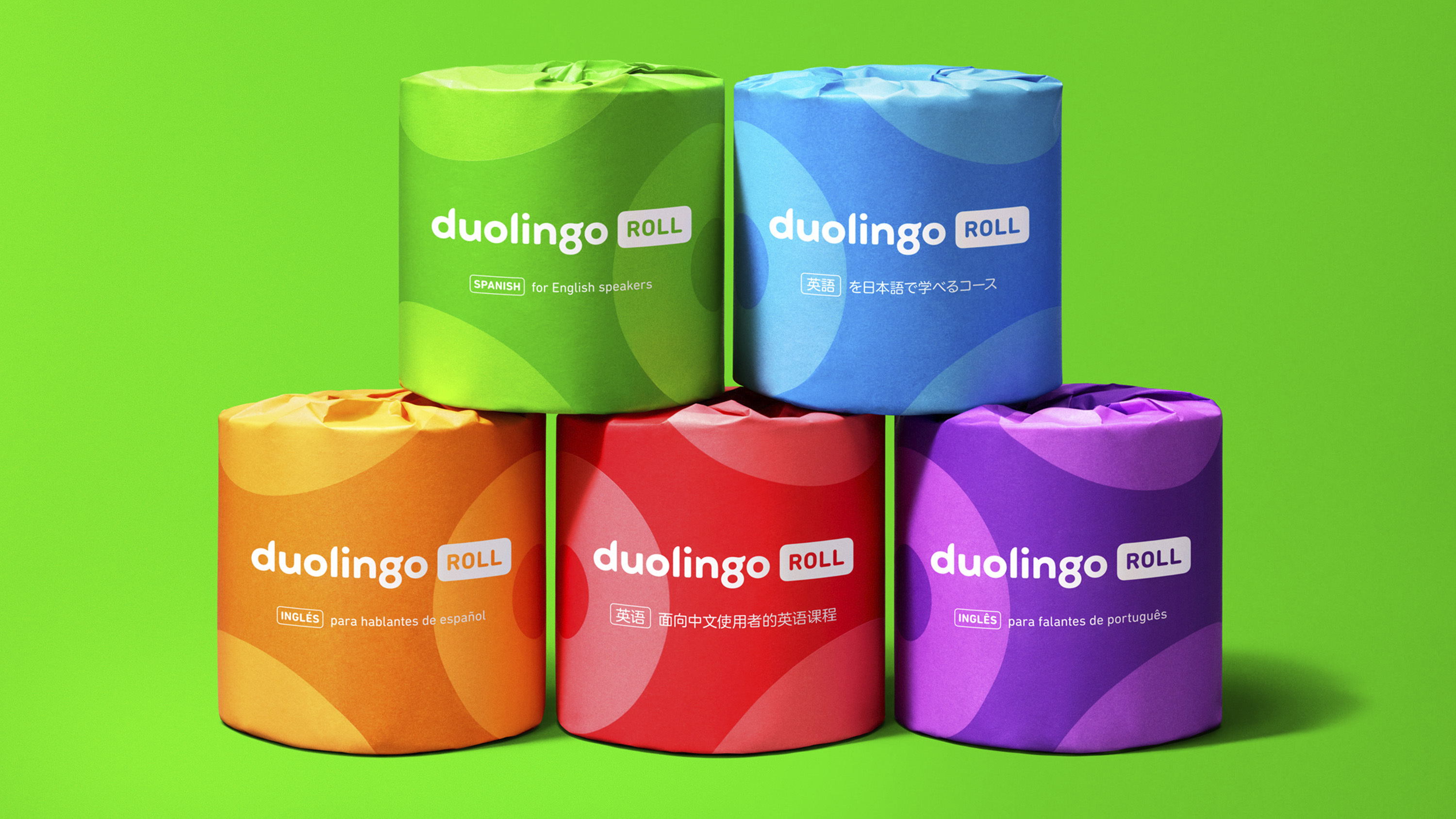 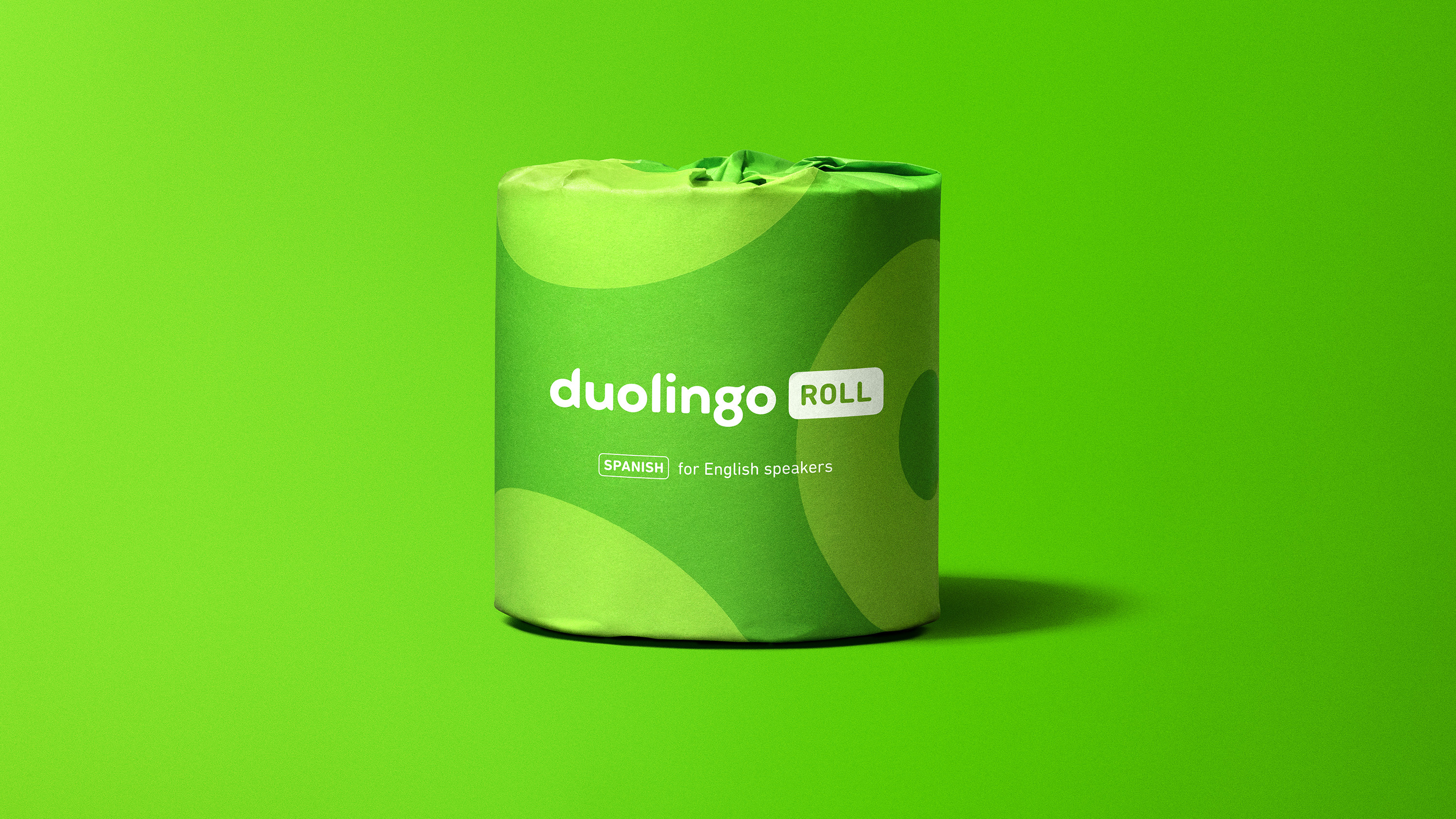 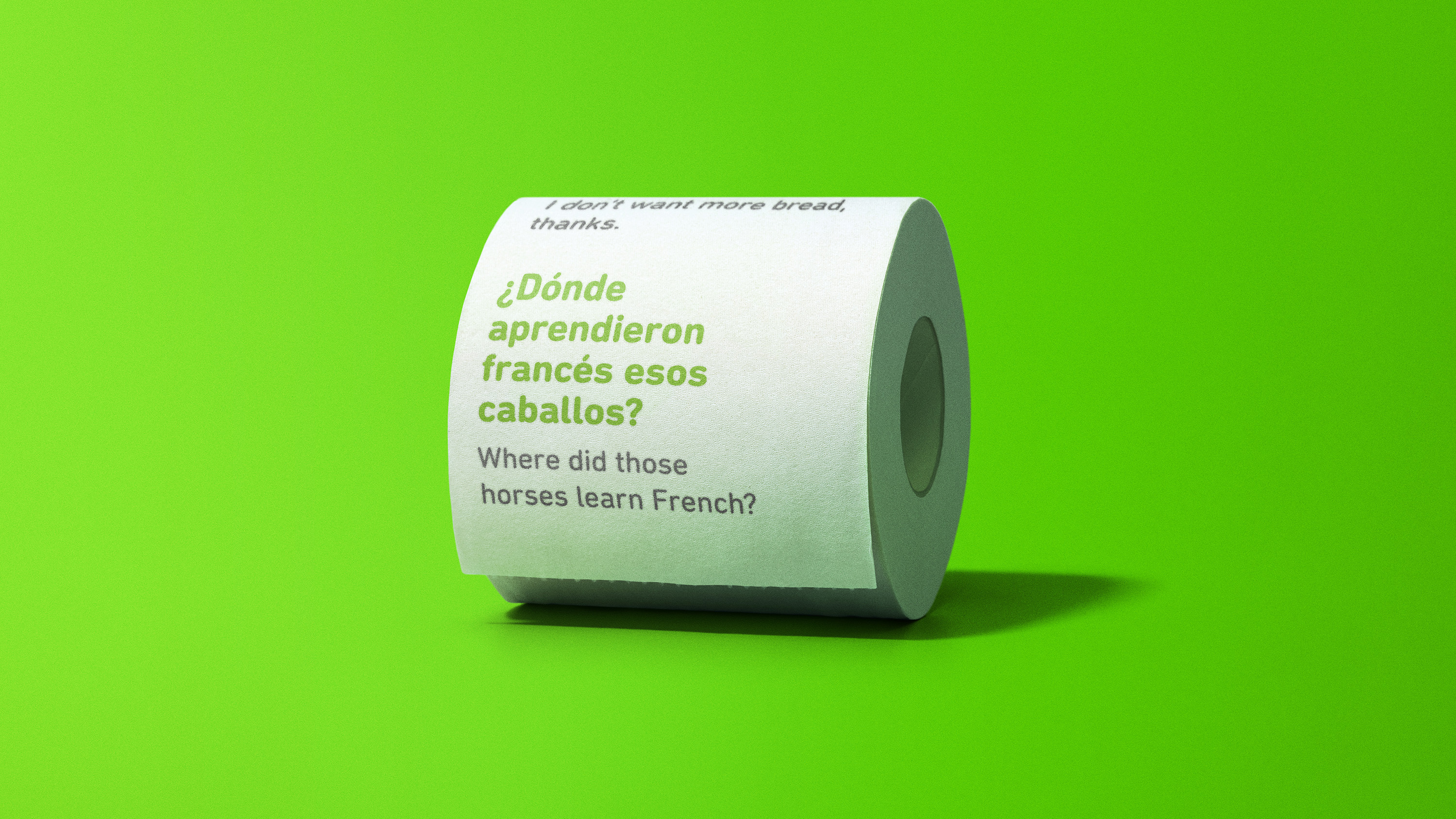 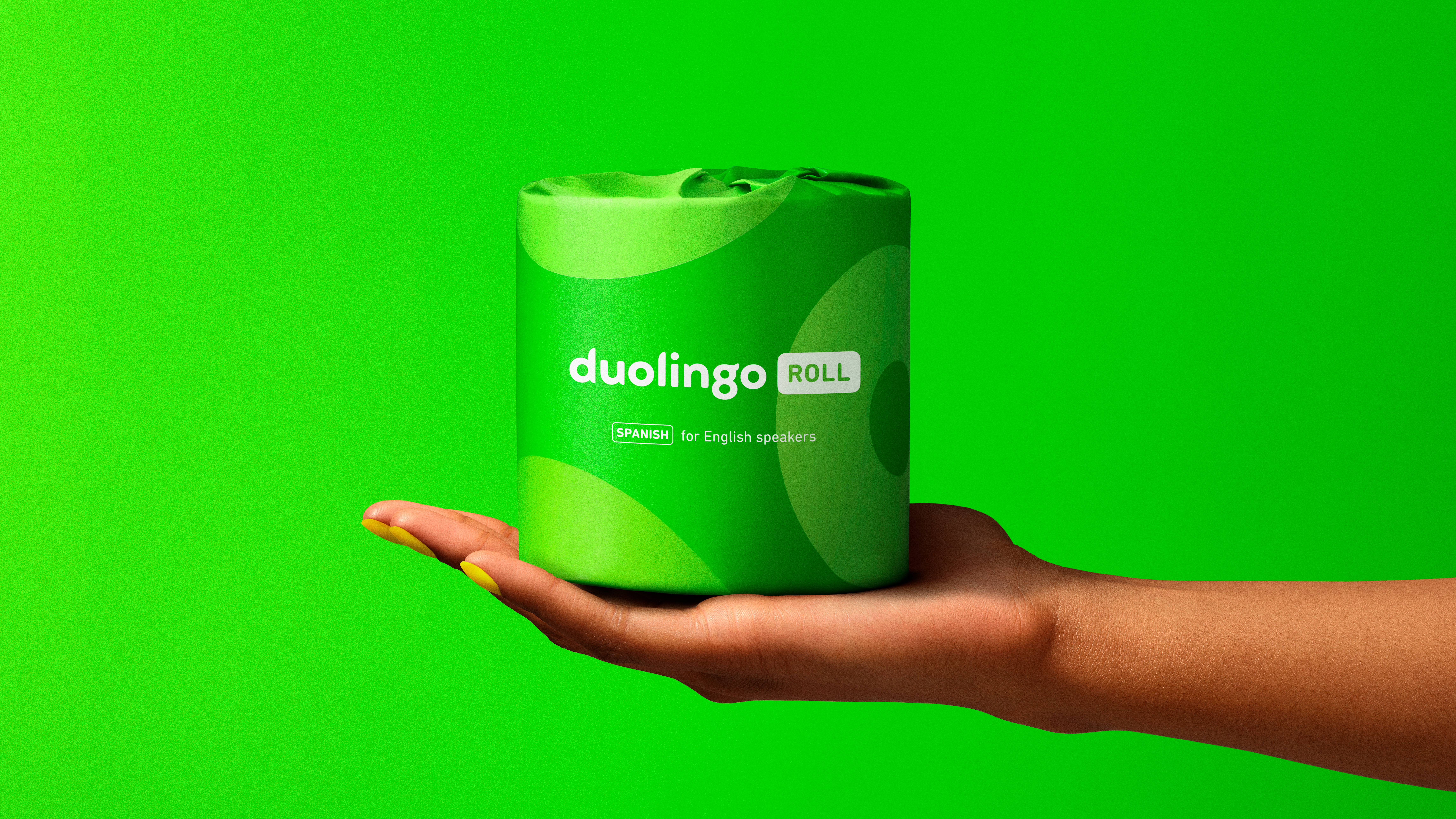