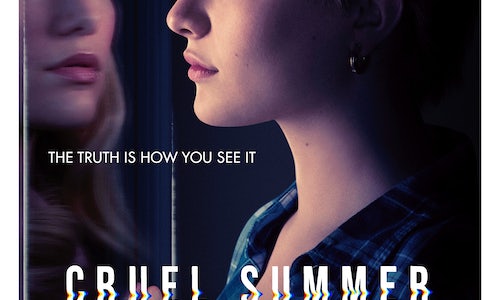 From executive producer Jessica Biel, Freeform’s original series “Cruel Summer” takes place over 3 summers in the '90s when a popular teen goes missing, and a seemingly unrelated girl transforms from a sweet and awkward outlier to the most popular girl in town.

With Cruel Summer’s premiere approaching and the original series mostly unknown to audiences, Freeform was challenged not only to make it a hit… but to do it on Hulu, a platform that was not their own.

Freeform launched the campaign by leveraging Jessica Biel’s massive list of 9.8M followers with a first-look post.  Phase 1 of the rollout sparked the mystery, with the trailer building intrigue about Kate’s disappearance.  From there, Freeform hosted a first-of-its kind, COVID-safe ‘vertical screening’, taking over 80 hotel rooms with balcony views of a giant screen.

The bulk of the campaign was held back until premiere day, when a full media blitz was unleashed across on-air, social and digital.  Audiences were immersed in the '90s with giveaways from Dippin' Dots, Steve Madden, and Amoeba Music, along with an Instagram sweepstakes and a roller-skating event.