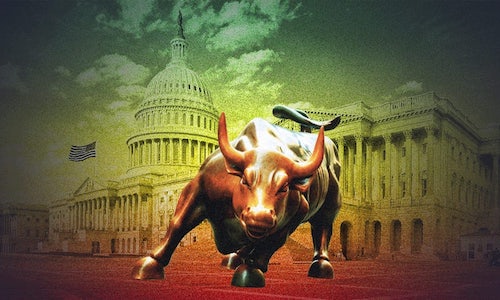 "Conflicted Congress" reveals how lawmakers, in bipartisan fashion, are united in their hostility toward rules of their own making that were designed to curb conflicts-of-interest and combat corruption in American government. The project tells the story of how the Stop Trading on Congressional Knowledge Act is flawed in its scope and enforcement.

Insider reporters discovered that at least 54 members of Congress and 182 senior-level congressional staffers have violated the STOCK Act in recent months, and revealed numerous financial conflicts of interest, such as 75 federal lawmakers investing in COVID-19 vaccine makers, including during the early weeks of the pandemic.

The project is an in-the-moment alarm that the adage “follow the money,” cliché as it may be, applies to government today as much as ever. The personal financial interests of lawmakers can and do conflict with the public’s trust and their official responsibilities. Investigative journalism is often the only tool that, in a meaningful fashion, may be used reveal the depths of these conflicts. That applies to local and state governments as well as the federal level of government, and we wanted to uncover the truths about officials significant to their readerships.

The idea for “Conflicted Congress” came during late 2020, shortly after Insider established its Washington, D.C., bureau. Our D.C. Bureau reporters began identifying (and reporting on) discrete cases of lawmakers ignoring the STOCK Act’s disclosure provisions. We then began tracking, on a daily basis, every new personal financial disclosure that lawmakers made, looking for potential problems. Ultimately, after determining that lawmakers were routinely violating the STOCK Act and trading stocks in a fashion that could undermine public trust, we decided to undertake what we knew would be a months-long effort to comprehensively determine the extent of this matter.

Congress, at best, made it difficult to obtain and analyze data about officials’ personal finances. At worst, it made it nearly impossible. “Conflicted Congress,” at its core, is an effort to do it anyway to reveal the depths of Congress’ conflicts of interest and violations of the anti-conflict-of-interest STOCK Act. For example, Insider reporters collectively spent hundreds of work hours physically on Capitol Hill manually inputting the financial filings of top congressional staffers — the filings are not online and only available in Washington, D.C. — into a database we created. Insider data journalists, researchers and fact checkers spent thousands of work hours creating a searchable, sortable database of all members of Congress’ personal finances, derived from disclosures they made on paper or PDF files. We then made this information — the most complete and detailed public accounting of the individual finances of federal lawmakers that exists — free and public for all to use after using it as the basis for our “conflict index” and more than two-dozen individual articles.

Technologies and tools used by Insider in the project include Tabula for preliminary scraping, natural language processing for analysis, regular expressions for cleaning the data, Python for analyzing the data and cleaning it, and D3.js for visualizing. The databases themselves were constructed using Google sheets.

We successfully filed a FOIA request with the US Department of Treasury’s Bureau of the Fiscal Service to obtain records on whether members of Congress had paid fines stemming from their non-compliance with the STOCK Act.

The bulk of the index is based around whether members of the House and Senate, as well as their senior staff, violated a 2012 law widely known as the STOCK Act.

Insider’s journalism has illuminated a scandal in which members of the House of Representatives and Senate have eviscerated their own ethical standards, avoided legal consequences, and obscured the moments when lawmakers' personal finances clash with their public duties.

Now, the public can see for itself how their own elected representatives rate when it comes to ethical questions that go to the core of U.S. democracy. 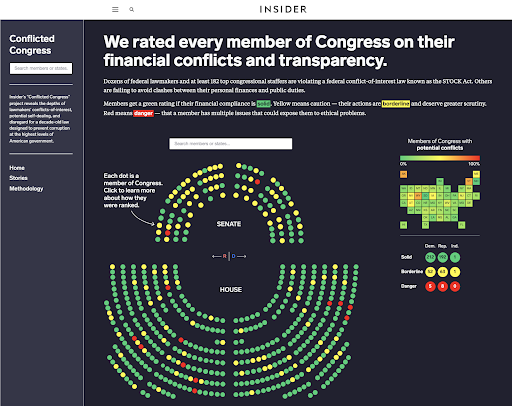 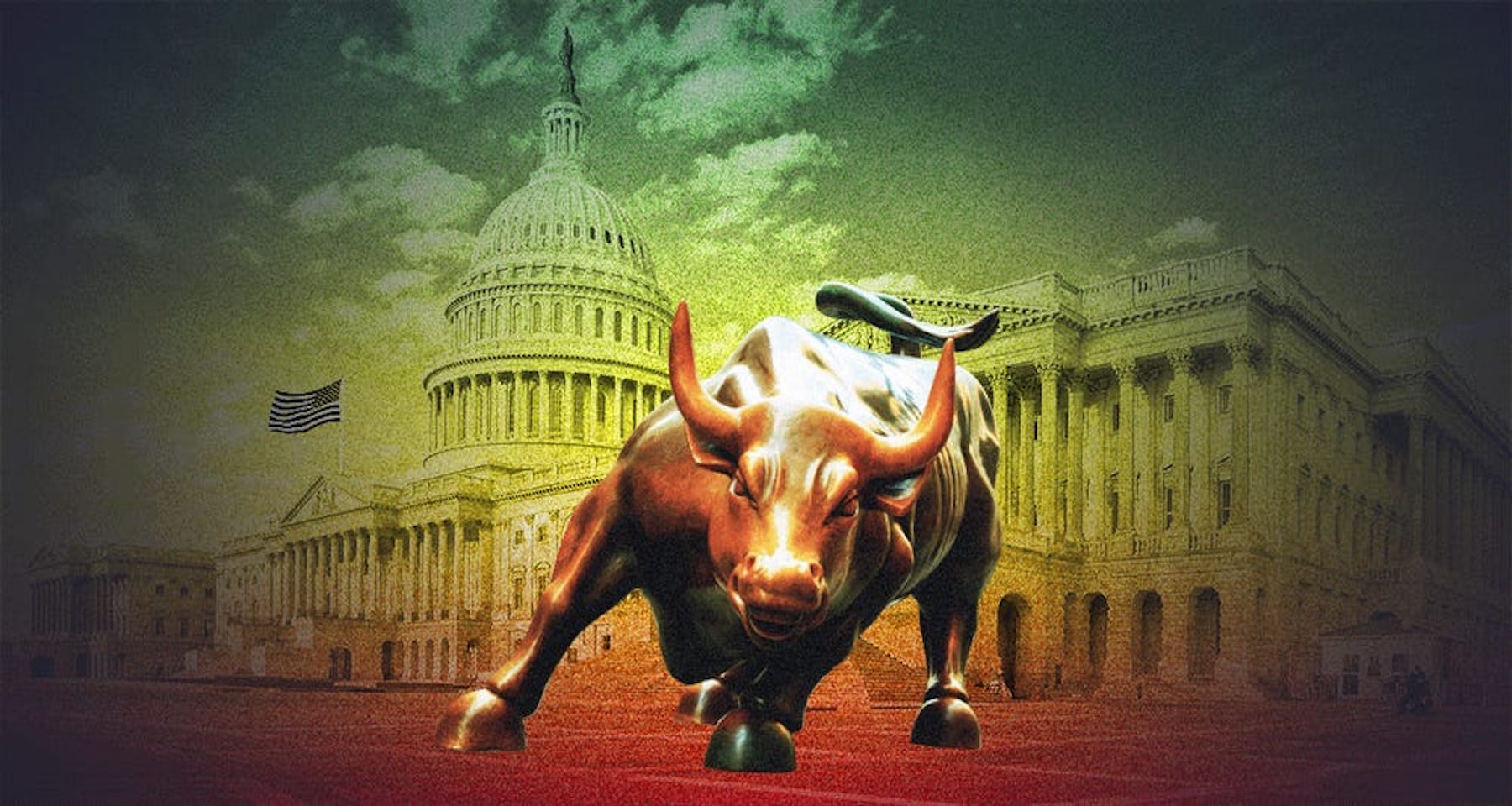 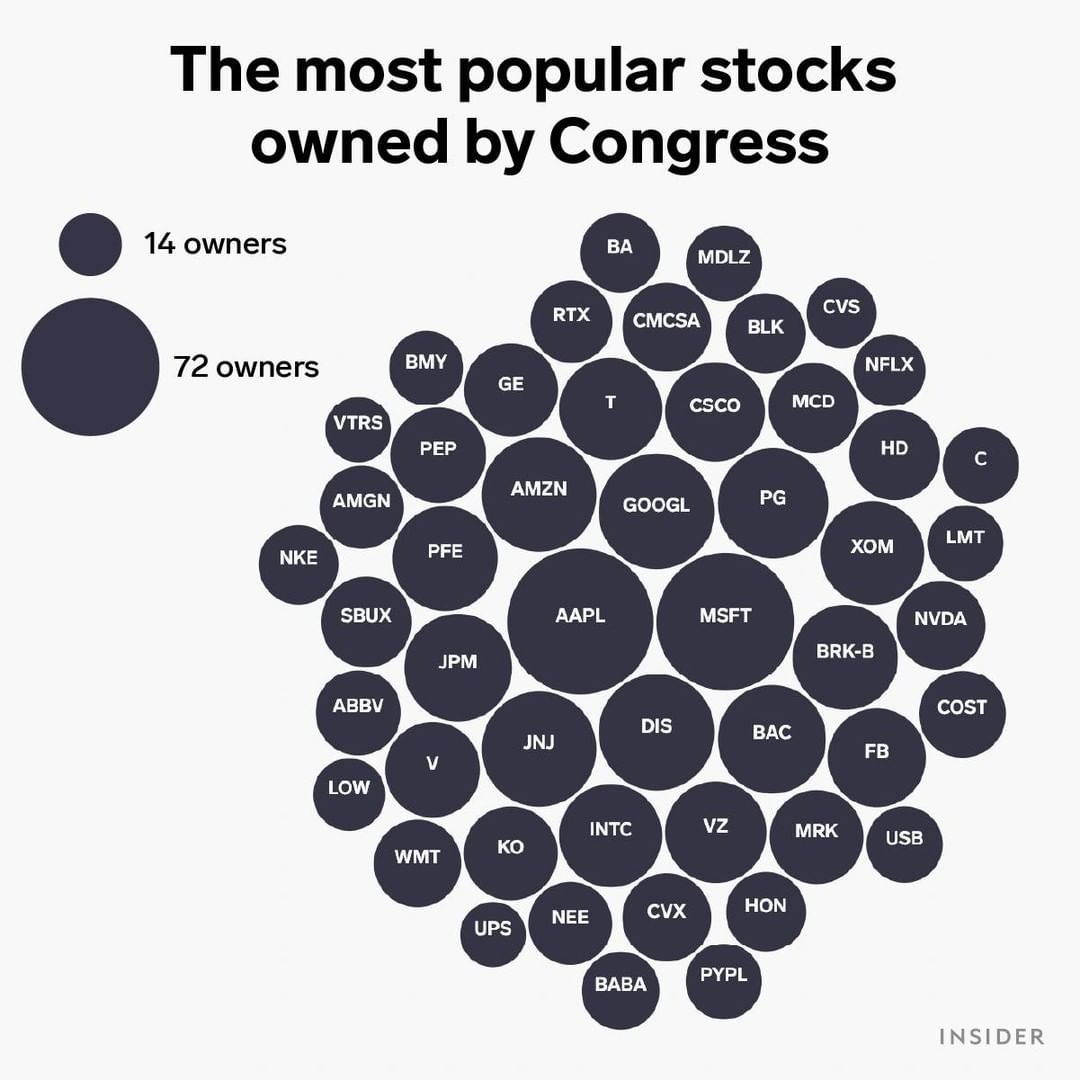 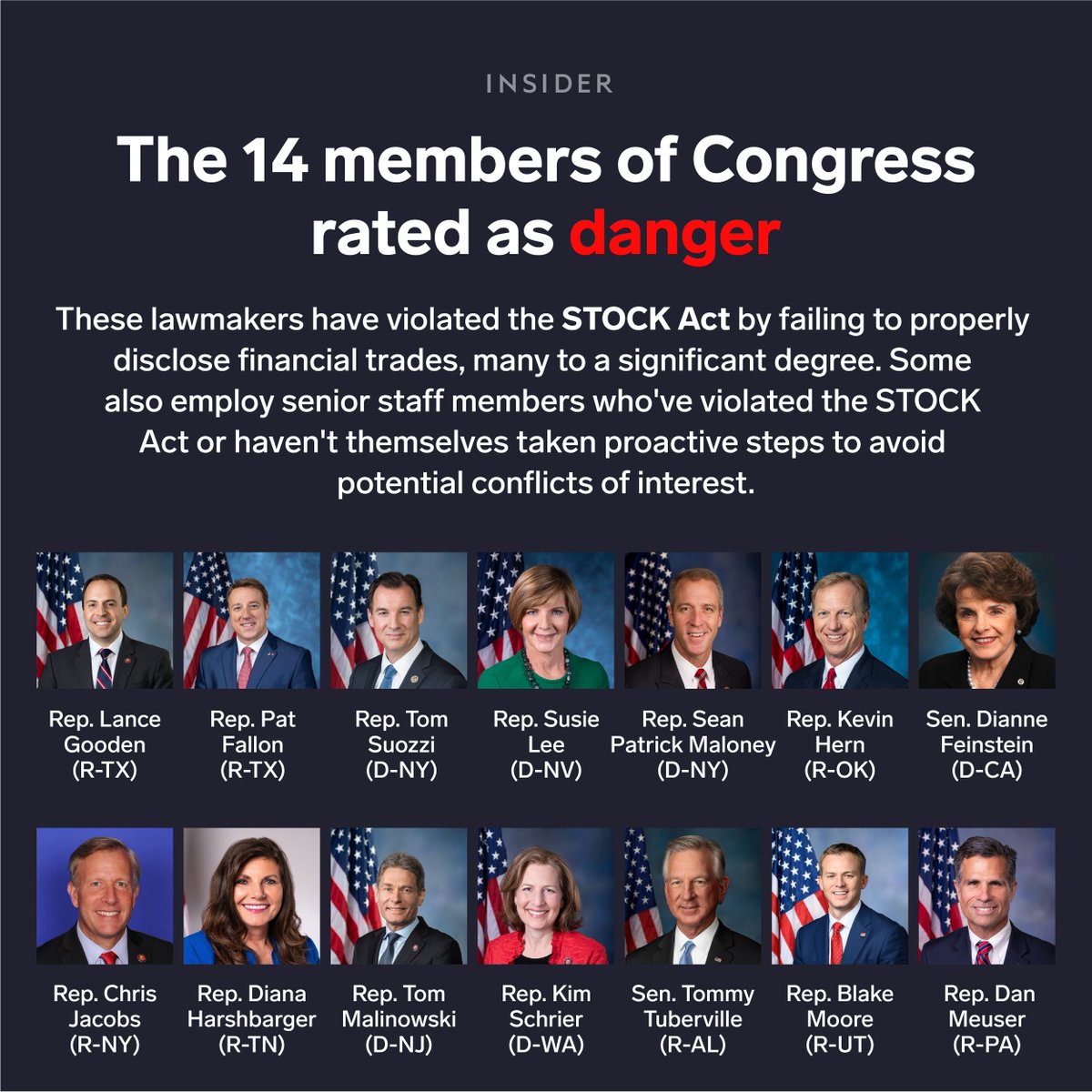