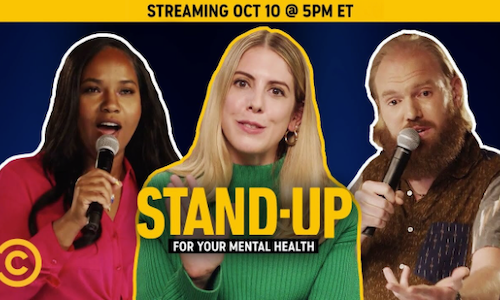 Comedy Central's Stand Up for Your Mental Health

Comedy is a powerful medium for engaging fans around complex, even difficult, topics. Stand-up is a beloved comedic format that creates an added layer of intimacy, honesty, and vulnerability between comedians and their audience. Our goal was to leverage comedy to destigmatize and normalize mental health conversations in an engaging, honest way.

We strategically chose to lean into the stand-up format because it enables more personal storytelling from diverse voices with varied perspectives and experiences. For World Mental Health Day on October 10, the Comedy Central Digital Team produced Stand-Up for Your Mental Health, a digital stand-up comedy showcase. Comedians made fans laugh via stand-up comedy while weaving in messages specific to mental health, from seeking therapy to small actions they can take each day. The event was hosted by comedian Hanna Dickinson who shared her own personal journey with mental health and key information for our audience.

The stunt earned over 1.6M total views and over 30k total engagements across platforms. 426k of those cross-platform views came from the live stream, while 1.2M total cross-platform views came from clips from the stream. Sentiment around the livestream and stand-up clips was very positive, with viewers praising Comedy Central for bringing awareness to mental health. The stunt also received press pickup from The Laugh Button, received homepage placement on Twitch, and was widely amplified by talent and sister brands. 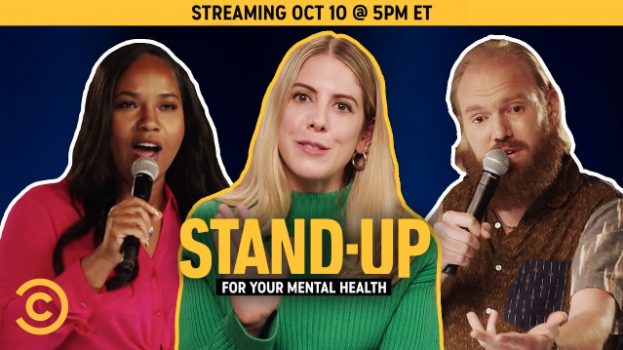