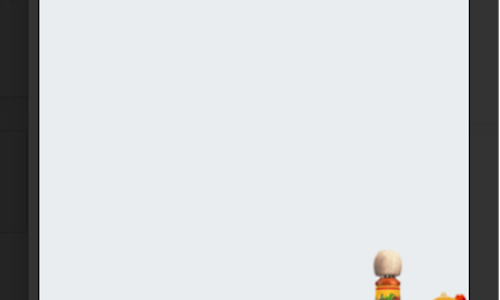 With McCormick’s acquisition of Cholula right before a key tentpole moment, Cinco de Mayo, the goal was to create a turnkey activation that would drive awareness of Cholula as the authentic Mexican hot sauce for the masses. With Snapchat’s unique and unduplicated audience vs other social platforms, positive user experience, and brand-safe ad formats, it was the clear choice to introduce a Cholula campaign for the first time under the McCormick umbrella. A holiday-themed filter, designed with the help of Snapchat’s Creative Team, helped get audiences in a festive mood and made sure Cholula was top of mind going into Cinco de Mayo.

The filter was targeted to Snapchat users 18-50+, with overlaying interests targeting Foodies, Meme Watchers and Grocery Shoppers. By keeping the targeting broad and only using in-platform categories rather than custom audience lists, we were able to reach a wide variety of users with Cholula-relevant behaviors. Our goal was Shares, which also allowed us to expand our reach even further, by relying on initial viewers to spread the filter to passionate and engaged audiences we might not have reached otherwise. A goal of Shares, versus impressions, also allowed us to gain efficiencies, since our earned impressions vastly overweighed what we were able to reach from a paid perspective. The filter went viral and was shared and saved by a plethora of unique groups, proving that Cholula is a product everyone can enjoy.

The simple, eye-catching design of the filter tapped into a holiday moment celebrated across the country and was enthusiastically consumed by Snapchat’s eager and ready-to interact audiences.

The filter delivered almost 19M total impressions (paid and earned) at an extremely efficient overall CPM that exceeded the platform's benchmarks by more than 4.5x. We saw high engagement with a 9.72% Share Rate, which drove 15M in earned impressions, doubling platform benchmarks of 3%-5%. Men were more likely to share the filter, with an average Share Rate of 10.78%. The highest Share Rates came from users in the following categories: Water Sports Enthusiasts, Vegan and Organic Foods, and Superhero Film Fans. Because the filter was so shareable, we were able to reach audiences outside of the typical Cholula target, showing a wide variety of people the fun and passion behind the brand.

In addition to the benchmark-exceeding Share Rates, this filter was also highly saved by audiences. The overall Save Rate was 2.57%, significantly beating platform benchmarks of 0.75%-1.05% by 145%. Women were more likely to save the filter, with an average save rate of 3.67%. The highest save rates also came from users who fall into the Tennis and Racquet Enthusiasts, Soul and R&B Fans, and Liquor and Spirit Drinkers audience categories, once again proving that the filter appealed to a wide range of Snapchat users and unique targets.

This was the first Cholula activation on Snapchat, and with only a limited budget to test with, we were able to drive both efficiency and effectiveness for the brand, beating Snapchat benchmarks by significant margins in every category and driving the majority of impressions from shares. 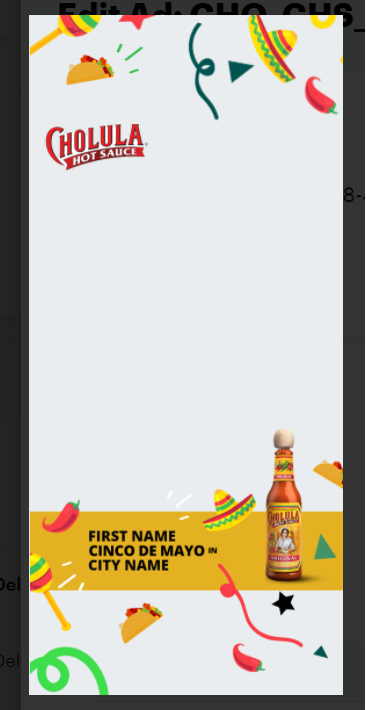