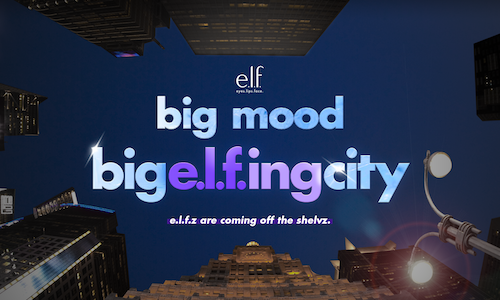 Everyone knows that the holiday season is about joy, friends, and family, but it’s also a time to serve up some glam on your eyes, lips and face! How does e.l.f. follow up on the massive success of their #eyeslipsface and e.l.f. the Hauls holiday album - where  four songs made it to Billboard’s Top 20 Triller List (in the U.S. and Globally)? It was time to up the ante and generate buzz to get the industry talking. And this time the brand went after the ENTERTAINMENT industry.

e.l.f. is no longer only a cosmetics brand … it’s also an entertainment powerhouse with some SERIOUS star power … the e.l.f. community! So in staying true to e.l.f.’s purpose pillar of empowering others, e.l.f. collaborated with its community to make headlines together creating e.l.f.’s first-ever crowd-sourced film on TikTok, resulting in 400 MILLION PR impressions

e.l.f. has tackled music, gaming, and tech, so a movie was the next logical step - and e.l.f. couldn’t do it without the community. True to e.l.f.’s purpose platform of empowering others, its audience was provided with the opportunity of a lifetime - to become a TikTok “movie star”!

In order to first engage the audience, e.l.f. had to ~vibe~ with them: speak their language, be in on their inside jokes & tap into the TikTok creator community to make it happen.

The trend-filled plot line was inspired by TikTok’s obsession with #maincharacter energy (or rather, the Gen Z philosophy of being the main character of your own life story).

Featuring trends like the famous TikTok salmon bowl by @emilymariko, Bones Day by @jongraz and the sea shanty trend taking the platform by storm, the three-part film series, each roughly three minutes long, rolled out on the @elfyeah TikTok channel.

Here’s how it happened:

e.l.f. partnered with some of the most recognizable TikTok influencers from various communities, who kicked off the audition process by inviting their audiences to duet a scene for a chance to become a STAR of Big Mood, Big e.l.f.ing City.

The TikTok community understood the assignment and delivered. Within 2 weeks, the holy grail cast was rounded out with 12 talented community creators.The cast and creators collaborated to create TikTok-native scenes, which were then edited to create a 9 minute film on TikTok. Wanting to avoid coming off as “cheugy” at all costs, the film had to be on trend, relevant and providing value all while entertaining.

e.l.f. launched a 360 degree channel promo which, along with influencer support, got the press talking! Thanks to the holy grail cast, TikTok community and the holiday e.l.f.z, the film garnered 400 MILLION press impressions.

With the launch of Big Mood, Big e.l.f.ing City, e.l.f. entered a new era as movie makers! The goal was to get people talking, tap new audiences both on and off of the TikTok platform, and connect with the e.l.f. community in a new and meaningful way. 400 million press impressions later, it’s safe to say: mission accomplished. 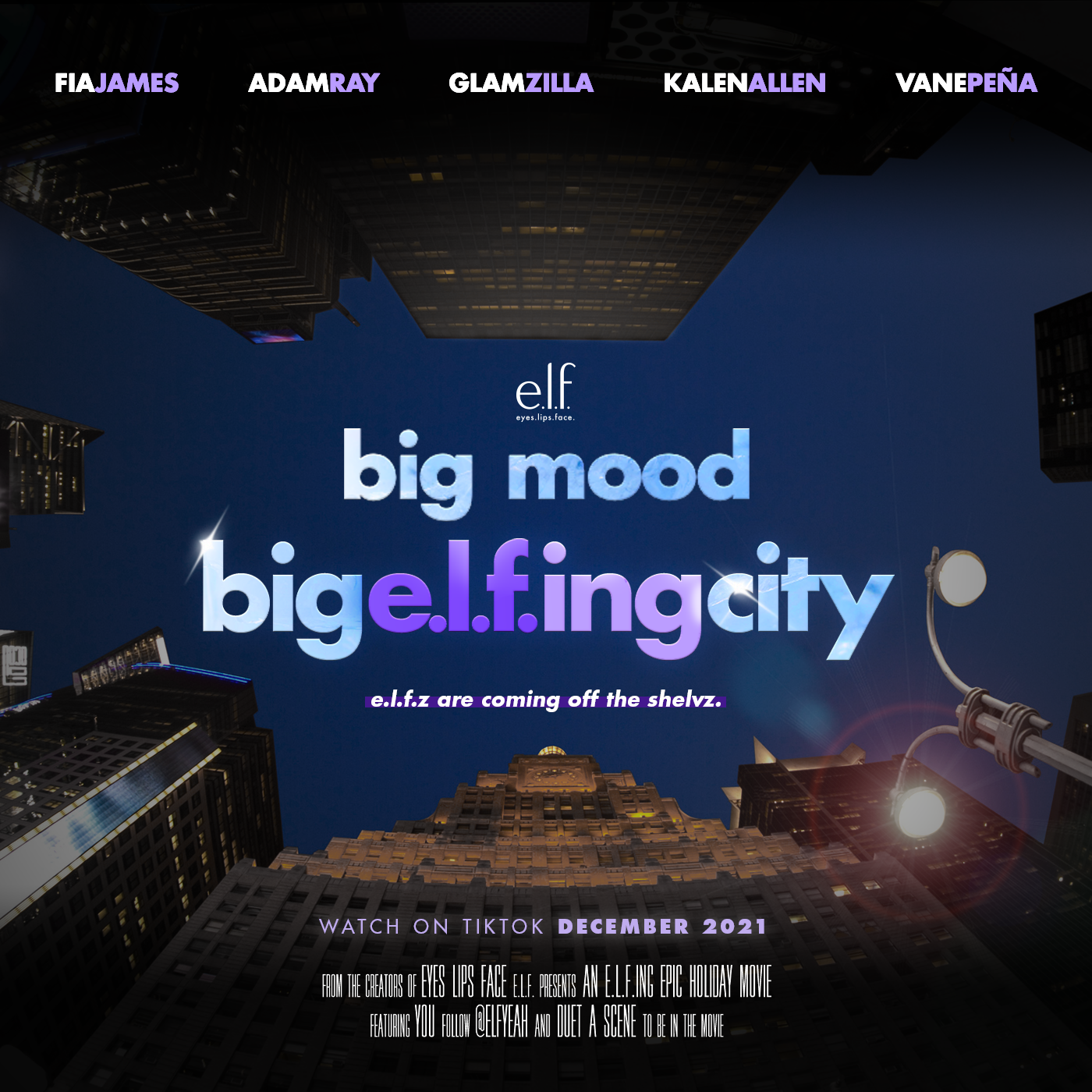