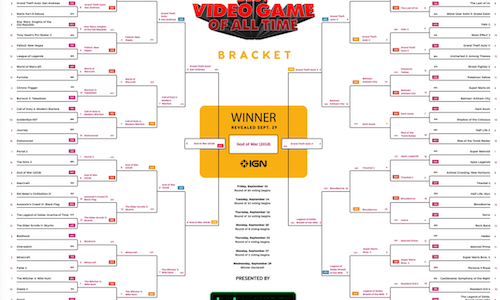 Best Game of All Time Bracket

Working with Hulu, IGN polled its followers across IGN.com and social to determine what is the Greatest Video Game of all time. We wanted Hulu to be able to benefit from IGN's massive reach and bring their live capabilities to people across the Internet, aligining with a young and internet-savvy audience.

We used Polls on IGN.com, @IGN on Twitter, @igndotcom on Instagram Stories, and IGN's YouTube page, and every few days we cut our field of games by half. We added up all the votes from each round, using data to make our cuts, and we updated our bracket on-site and social each round so people knew who made the cut and who got left in the dust.

The poll resulted in more than 26 million organic votes across social and IGN, blowing away all expectations. It became a highly debated issue across the web, with countless fans making videos and writing articles in favor of their choices. When all was said and done, Forbes called it "A masterclass in social media engagement."

Video for Best Game of All Time Bracket 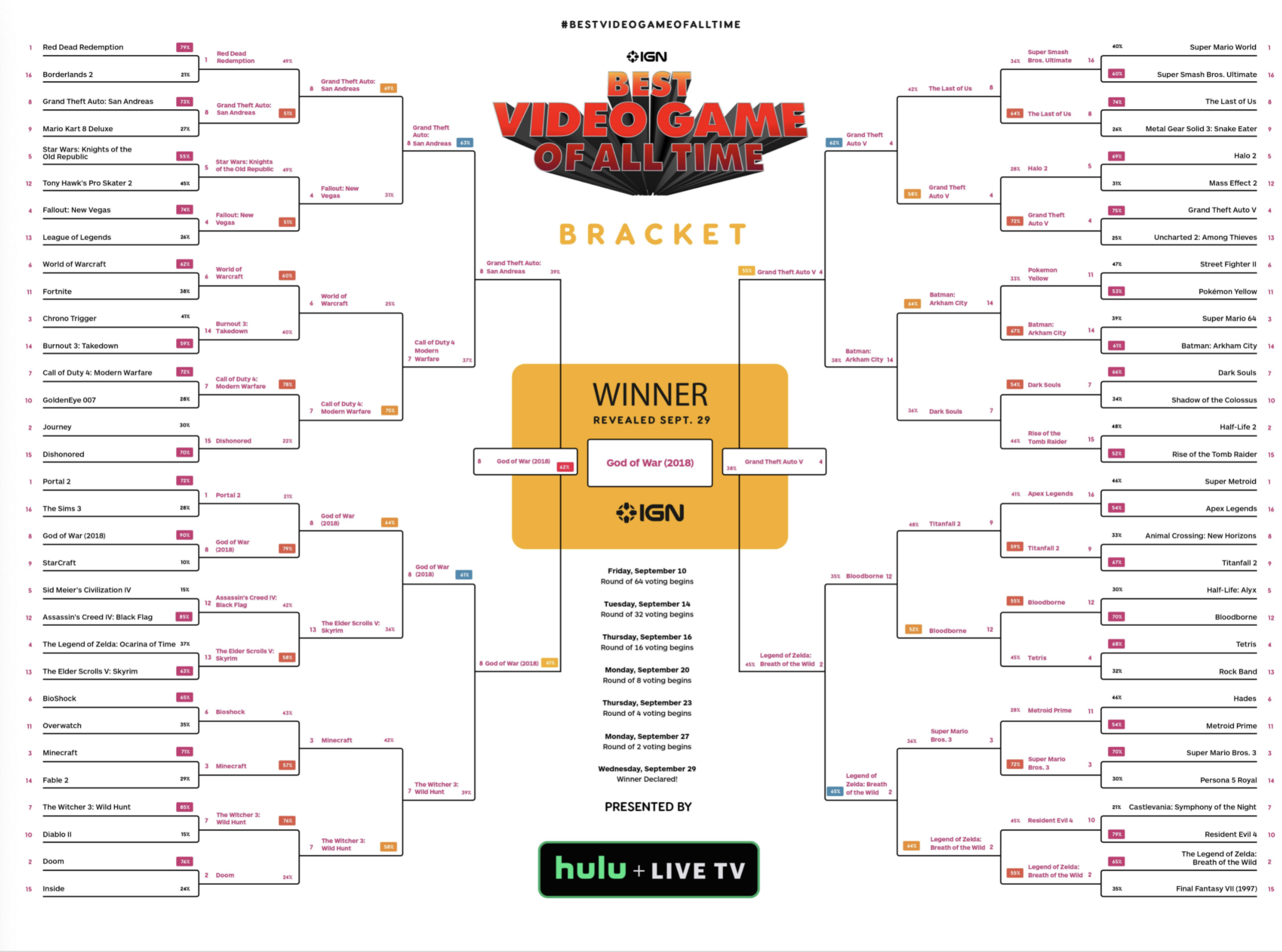