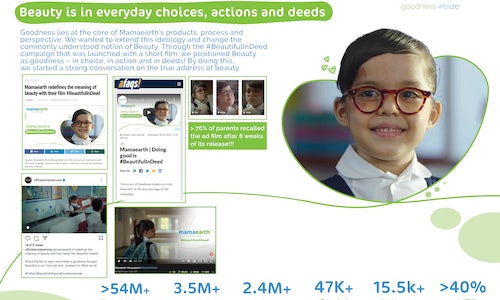 Goodness lies at the core of Mamaearth’s products, process and perspective. We wanted to extend this ideology and change the commonly understood notion of Beauty. Through the #BeautifulInDeed campaign that was launched with a short film, we wanted to position Beauty as goodness – in choice, in action and in deeds!

Mamaearth caters to two sensitive categories - Baby Care and Personal Care. The target audience for Mamaearth is expecting or new parents, millennials, and middle-aged adults who are actively impacting what the future will look like.

We kept this demographic in mind while approaching the film and told a compelling story of a little girl that showcased an honest, heart-to-heart conversation between her and her mother, who told her a little secret about the address of ‘beauty’ which gets revealed later in the film.

What were the challenges we faced?

The common notion of beauty is closely tied to the way people appear and young children with highly impressionable minds form a rigid understanding of what beauty is.

The challenge in front of us was changing a notion and convincing our audience to adapt an ideology. Additionally, we had to take a social stand while not straying away from Mamaearth’s brand purpose.

How did we approach the overall campaign?

To echo the message of our film strongly, we supported it with pre-buzz on social media channels by releasing a teaser - https://www.instagram.com/p/CUsM19MKTq5/

After the release, we sustained the buzz by creating content that was relevant to our key message and engaged our audience at the same time. We also created a #BeautifulInDeed landing page on Mamaearth’s website. 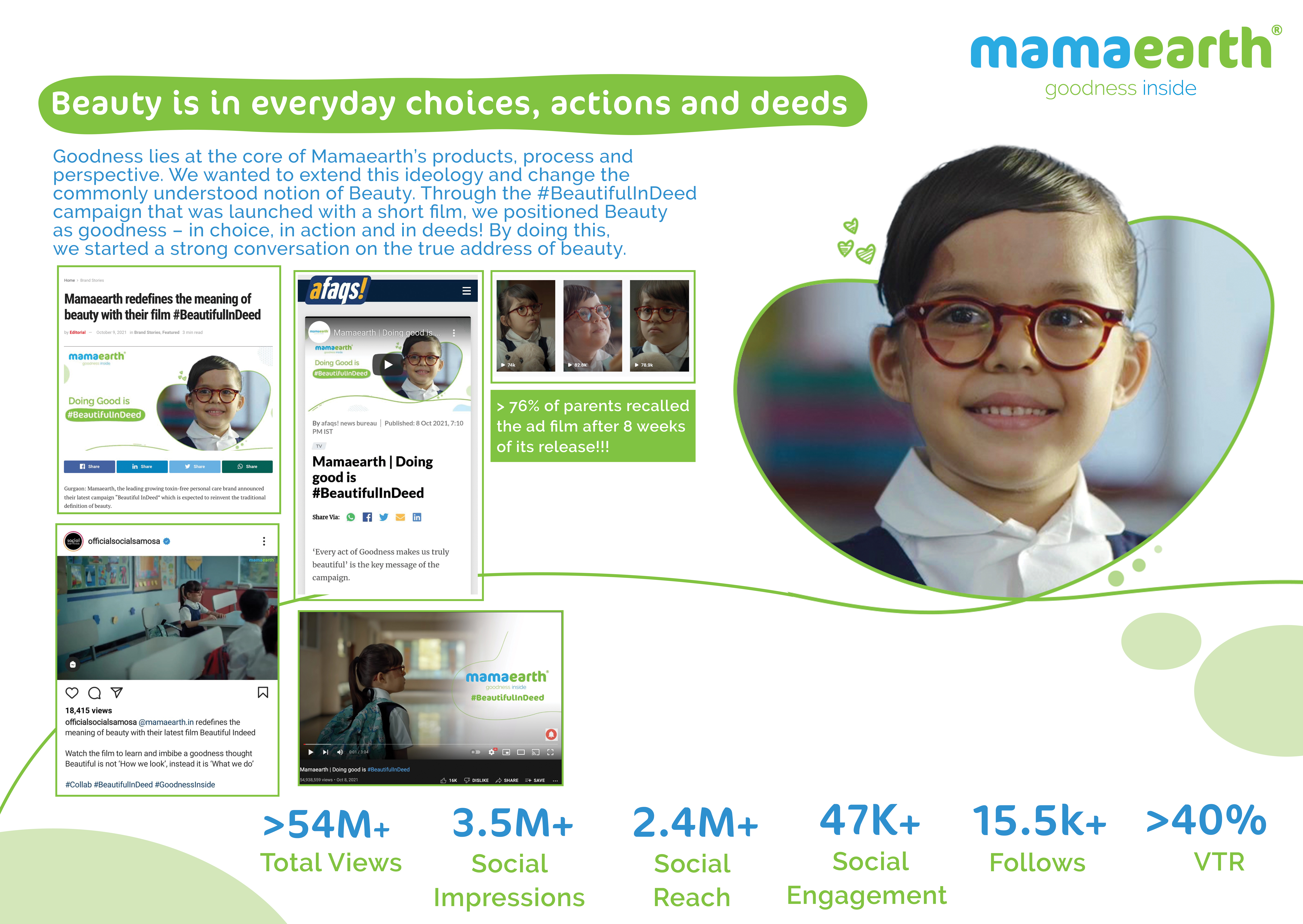