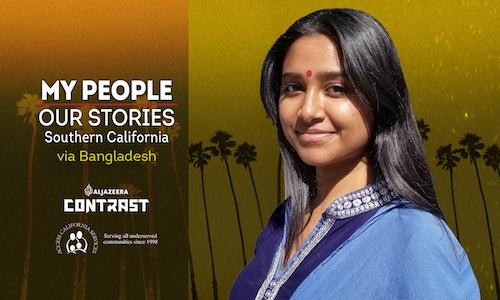 My People, Our Stories: Southern California

“Being a refugee in America is making a country that is not your home feel like one,” Malak, 19, from Iraq described her experience in Southern California. During the spring of 2021, Malak picked up a 360º camera and recorded her daily life. She was one of the four refugees who participated in the latest training initiative, produced by two-time Emmy-nominated Al Jazeera’s media innovation studio AJ Contrast, in partnership with Access California Services.

Grounded in the principles of co-creation and collaboration, our editorial approach brings those hit hardest by conflict and inequality directly into the storytelling process. Since 2017, we have trained hundreds of journalists and filmmakers in immersive storytelling and produced 360º films together with them, through our award-winning creator initiative My People, Our Stories. The training workshops have taken us around the world, from the MENA region, to South Sudan, the favelas of Rio, and a Syrian refugee camp in Jordan. The initiative has fostered a network of storytellers equipped with tools to shape their own narratives.

This is the sixth edition of My People, Our Stories. To commemorate World Refugee Day, we wanted to focus on refugees in the US. In fiscal year 2021, the US admitted fewer than 12,000 refugees, falling short of the admissions cap of 62,500. Amidst the lowest number of refugees admitted since 1980 and xenophobia towards them, we aimed to give space to younger refugees who are going to be an integral part of the future generation of America.

Together with Access California Services, we hosted several online workshops for young refugees on storytelling and 360º filmmaking. We selected four participants based on their story pitches: Gloria Baroi, 20, from Bangladesh; Ahmed Ismael, 24, from Iraq; Malak Al-Rubaye, 19, from Iraq; and Raghad Albibi, 18, from Syria. AJ Contrast equipped them with portable easy-to-use 360º cameras, audio recorders and other equipment necessary for gathering visuals and audio for social videos. The participants learned how to storyboard and film with 360º cameras. Some chose to tell their stories using 360º video while others created videos using their mobile phones, using the format and technology that attracted them the most.

While Access California Services communicated with the participants on the ground, the team at AJ Contrast provided editorial guidance throughout the production, advising them and crafting the stories with them. AJ Contrast produced and edited the stories in house, packaging them into a series that was published on AJ Contrast and Al Jazeera English social media channels.

Initially, the young men and women were hesitant to film themselves. But with support from the producers and familiarity with the filming process, they grew more confident. As a result, they proudly shared their struggles, dreams, and achievements, hoping that their stories will help others understand what it means to flee your country and start a new life far away from home.

Each of the stories offers a unique and intimate perspective on different aspects of being a young refugee in the US, providing an authentic representation of their reality. The participants all chose the experience they wanted to convey, the narratives they wanted to share and the stereotypes they wanted to challenge. “I learned English quicker than my brothers and my parents so now I have many responsibilities,” shared Raghad, an 18-year-old Syrian refugee, who came to the US with her family in 2016.

Over the course of several weeks, the initiative not only equipped the participants with the technology to make immersive and multimedia films, but also trained and supported them to tell their stories effectively, while providing a wide-reaching distribution and diverse audience.

The videos were the first attempt of each participant in filming their own documentaries; it was also their first time using 360º immersive video technology. In addition, the stories were deeply personal. The process helped them to step out of their comfort zone, try to experiment, and ultimately, become more confident in sharing their stories and achievements with the wide audience.

"With this project I was able to face my trauma in a healthy and productive way,” Gloria Baroi, 20, from Bangladesh, described the experience. “I want to use this experience to film more stories on my own and create a space for more refugees in my community." 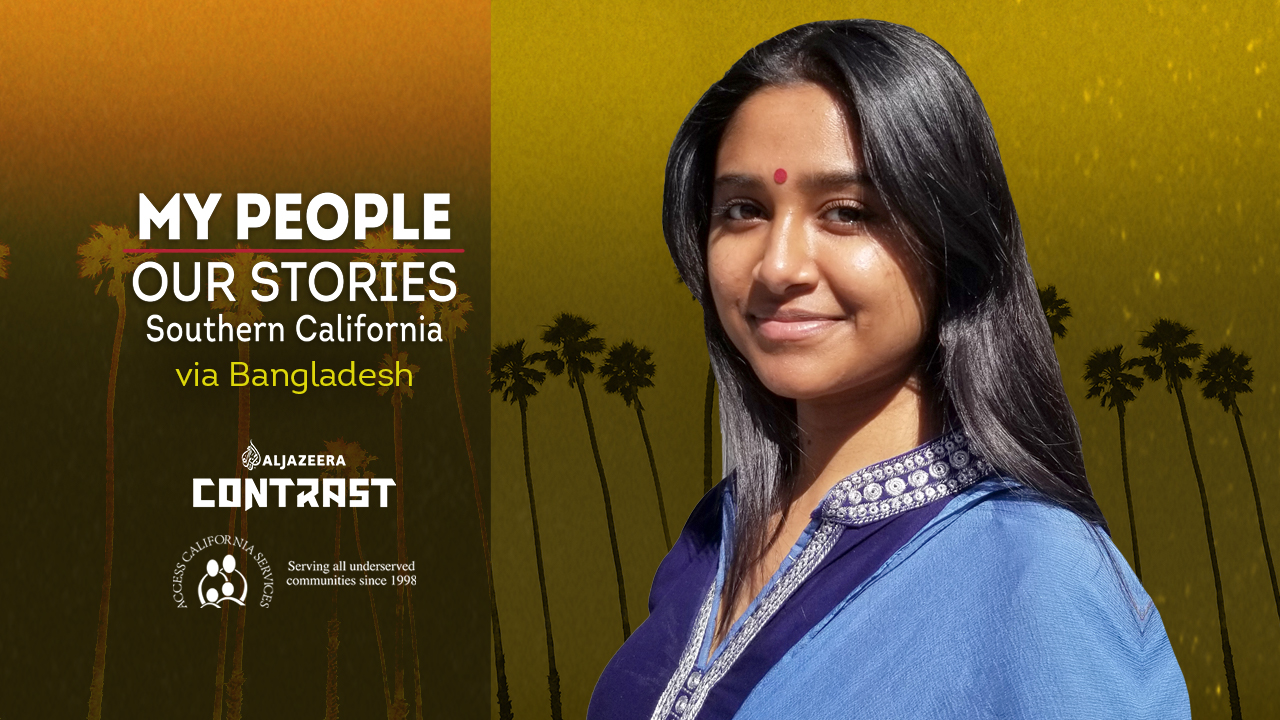