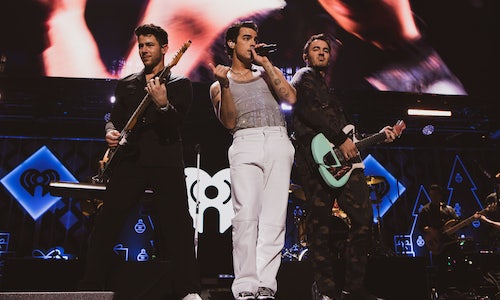 More than 20 years ago, New York's Z100, the most listened to pop radio station in the country, introduced Jingle Ball—a holiday concert with the year's top artists performing their #1 hits. The show quickly became the most anticipated holiday tradition, with tickets selling out in minutes. Now, the iHeartRadio Jingle Ball Tour has since grown into a globally-recognized phenomenon. It has turned into a sold-out multi-city national tour-and a must-stop appearance for the world's most prominent artists to get face-to-face with thousands of their most passionate fans.

For the 2021 Jingle Ball Tour, the iHeartRadio Social Team's objective was to find new ways to engage fans of the artists participating on tour while also driving an increase in social media activity and video views year over year.

To start, the iHeartRadio social team set out to reward some of their most active community members by producing the first-ever iHeartRadio Jingle Ball Tour White Elephant Gift Exchange. Participants were selected based on a few key factors, including their attendance at iHeartRadio tentpole events throughout the year, total listening hours in the iHeartRadio app, engagement with iHeartRadio on social platforms, and their overall digital activity within the community. Once they accepted their invite, these ten lucky fans participated in a classic game of White Elephant live on the iHeartRadio Facebook, YouTube, and Twitter accounts. During the game, the fans chose, stole, swapped, and stole again some incredible gifts like flyaway trips to 2022 iHeartRadio signature events, signed artist merch, concert tickets, and even a Taylor Swift signed guitar.

To localize the Jingle Ball fan experience in a whole new way, iHeartRadio embraced Instagram’s Close Friends List functionality. Before each of the ten iHeartRadio Jingle Ball Tour stops, iHeartRadio posted a specific prompt catered to each city on its Instagram Stories. The first ten fans who could give an excellent recommendation to questions like “Best Place To Take A Holiday Selfie In Los Angeles?” or “Best Place To Eat Pizza in Chicago On A Snow Day?” were added to the Close Friends List and awarded tickets to the show in that particular city.

On show day, iHeartRadio wanted to give fans an insider’s view on what life is like on a 10-city tour. That’s why iHeartRadio brought back its very popular iHeartRadio Jingle Ball Tour Diaries series. In each city on tour, a different artist took over the iHeartRadio Instagram account to show what happens from when they wake up to when they hit the stage in a sold-out arena.

While fans found their seat, the real excitement was happening backstage where iHeartRadio created and executed a social media video capture with each performing artist known as the iHeartRadio Social Stop presented by Capital One. This year in LA and New York, iHeartRadio teamed up with videographer Carlos Reyes to create activations that captured the holiday spirit in the respective cities. In LA, iHeartRadio created a holiday disco to match the theme of Christmas in Tinseltown. These videos were posted across Facebook, Twitter, Instagram, and TikTok, and several artists shared the final videos on their social accounts. In NYC, iHeartRadio wanted to capture the magic of a Big Apple Christmas by recreating the iconic Central Park Bridge in a snowy landscape. The final product, a custom holiday card from all the performing artists, mixed audio and video to create a one-of-a-kind asset.

Finally, iHeartRadio produced a post-show Livestream on Facebook and Twitter sponsored by M&M's that recapped the tour's best moments. Hosted by Maxwell and Crystal of Z100 New York and social media phenom Noah Beck, the trio highlighted their favorite performances, fashion looks, and took fans on a journey inside the M&M's store in NYC.

The iHeartRadio Jingle Ball Close Friends stunt on Instagram Stories was seen by over 117,000 users, generated over 2,000 responses on Instagram, and captured fans' attention when winners shared their experiences on their own social media channels.

The Jingle Ball Tour Diaries Series on iHeartRadio's Instagram Stories reached over 300,000 fans during the tour.

The iHeartRadio Social Stop presented by Capital One produced over 254 Million Social Media Impressions, over 5 Million video views, and over 106,000 social media interactions. 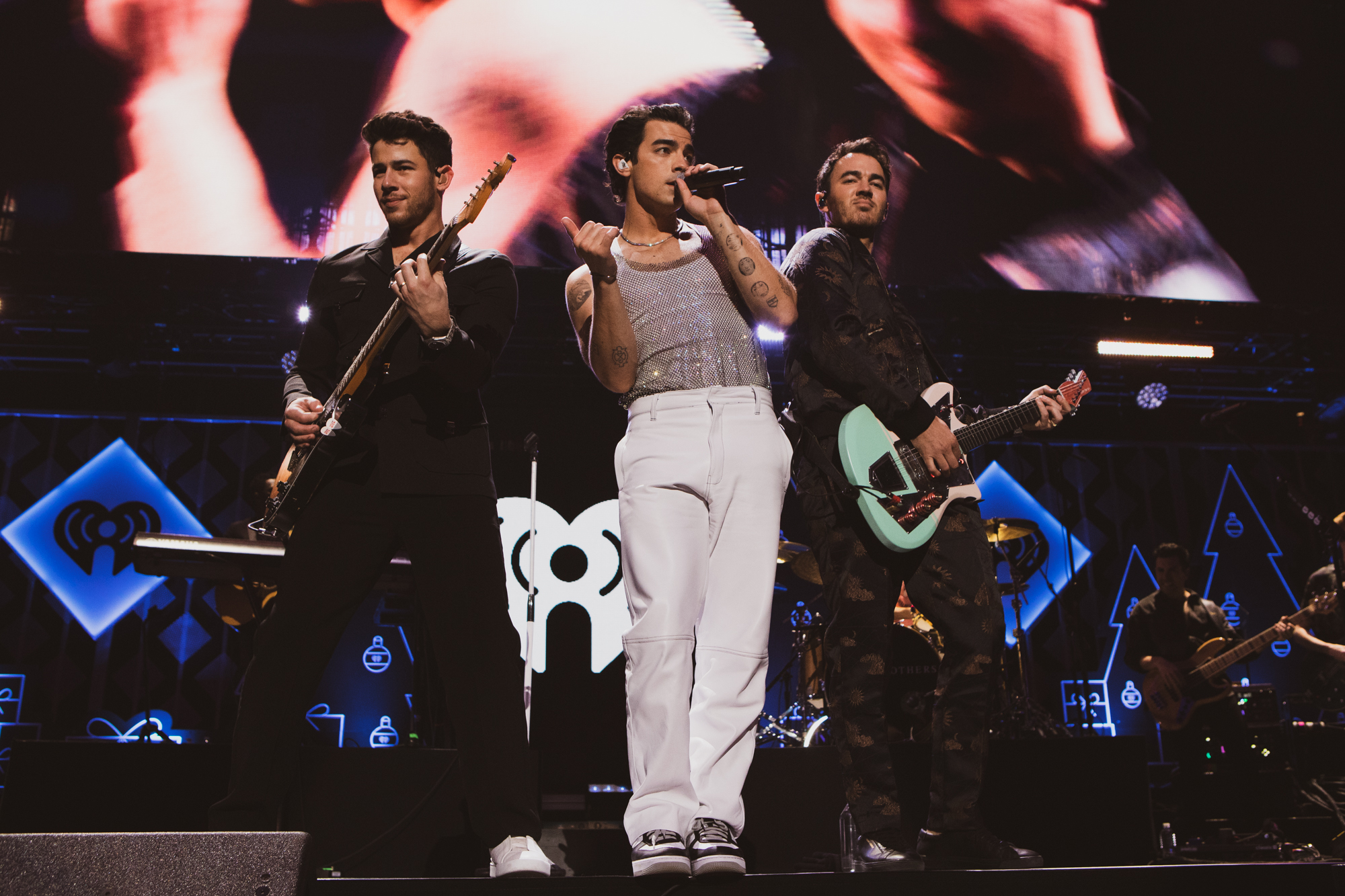 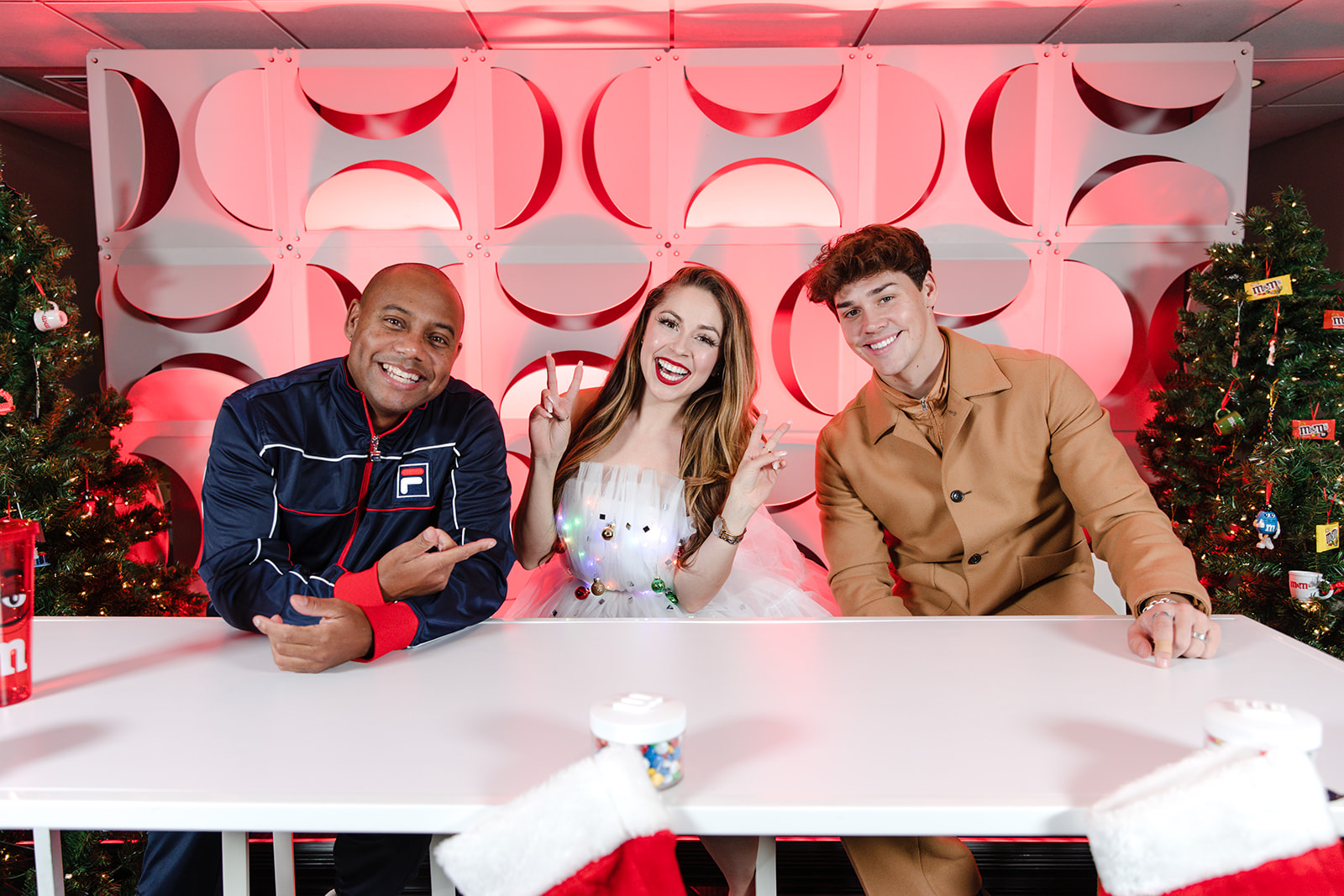 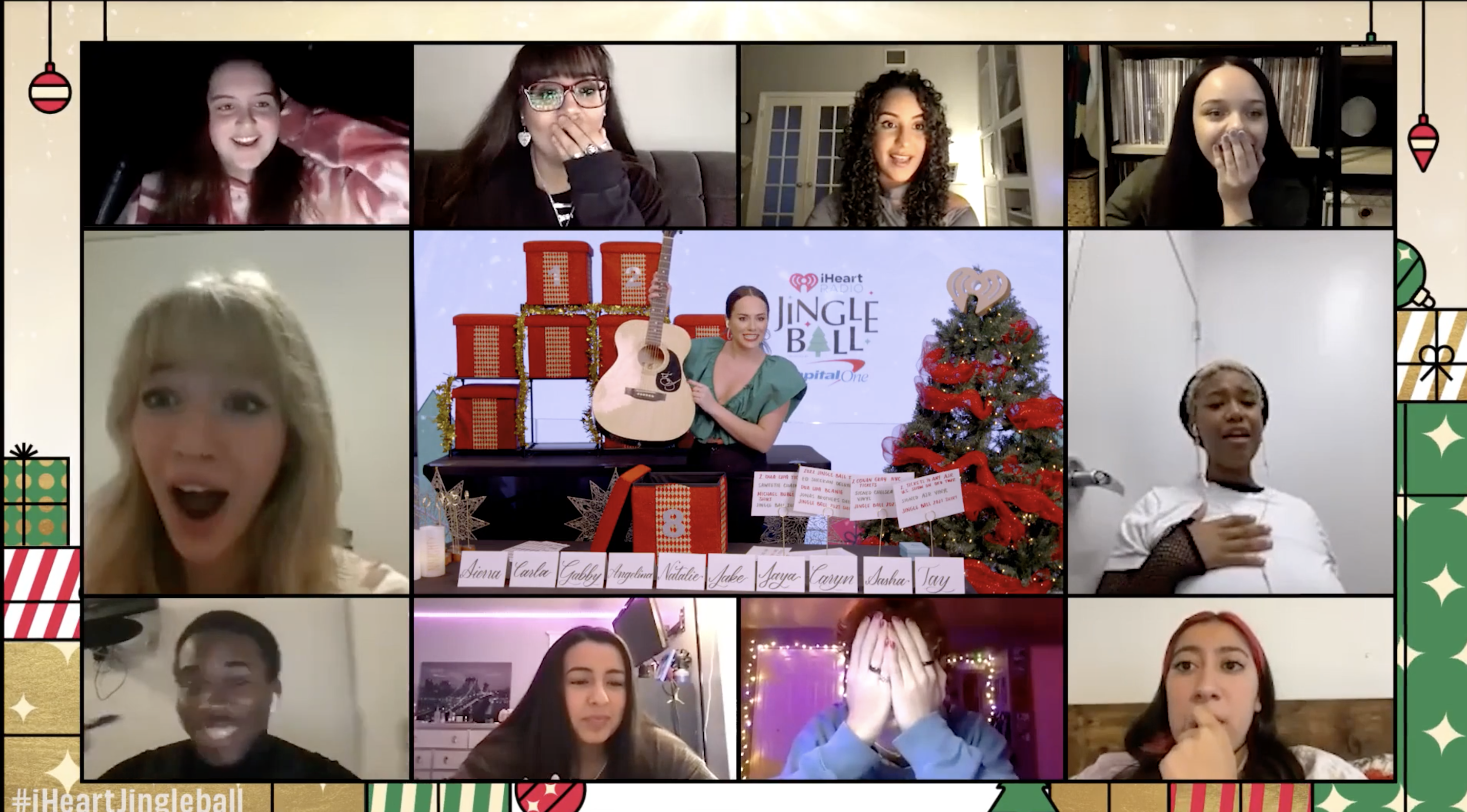 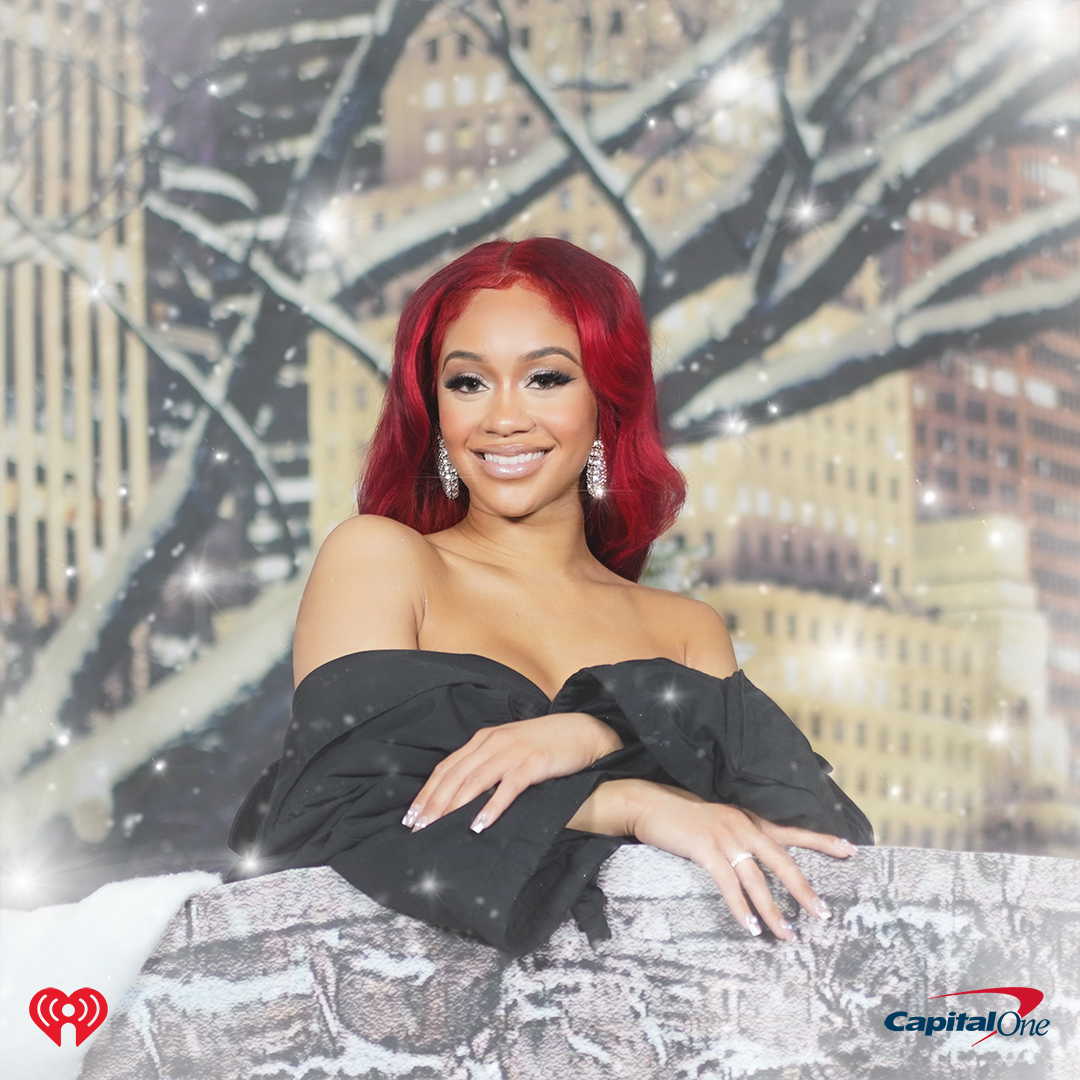 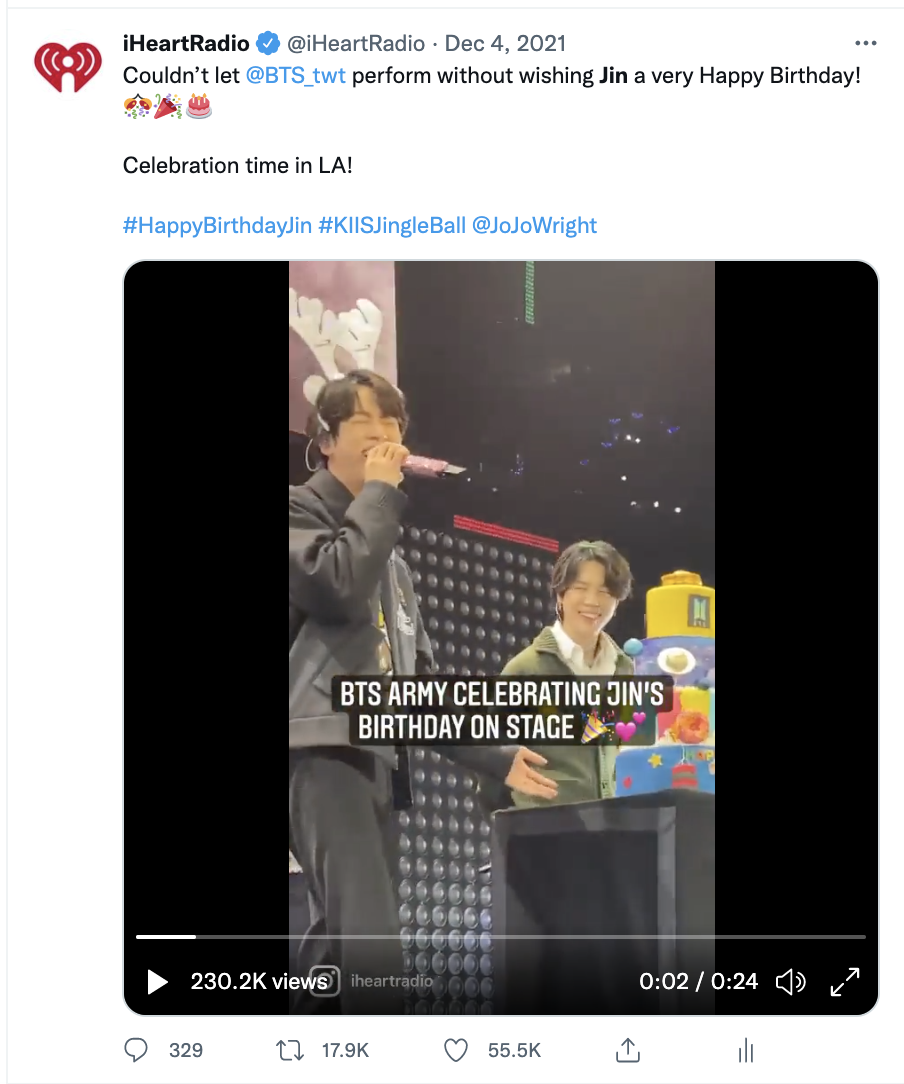 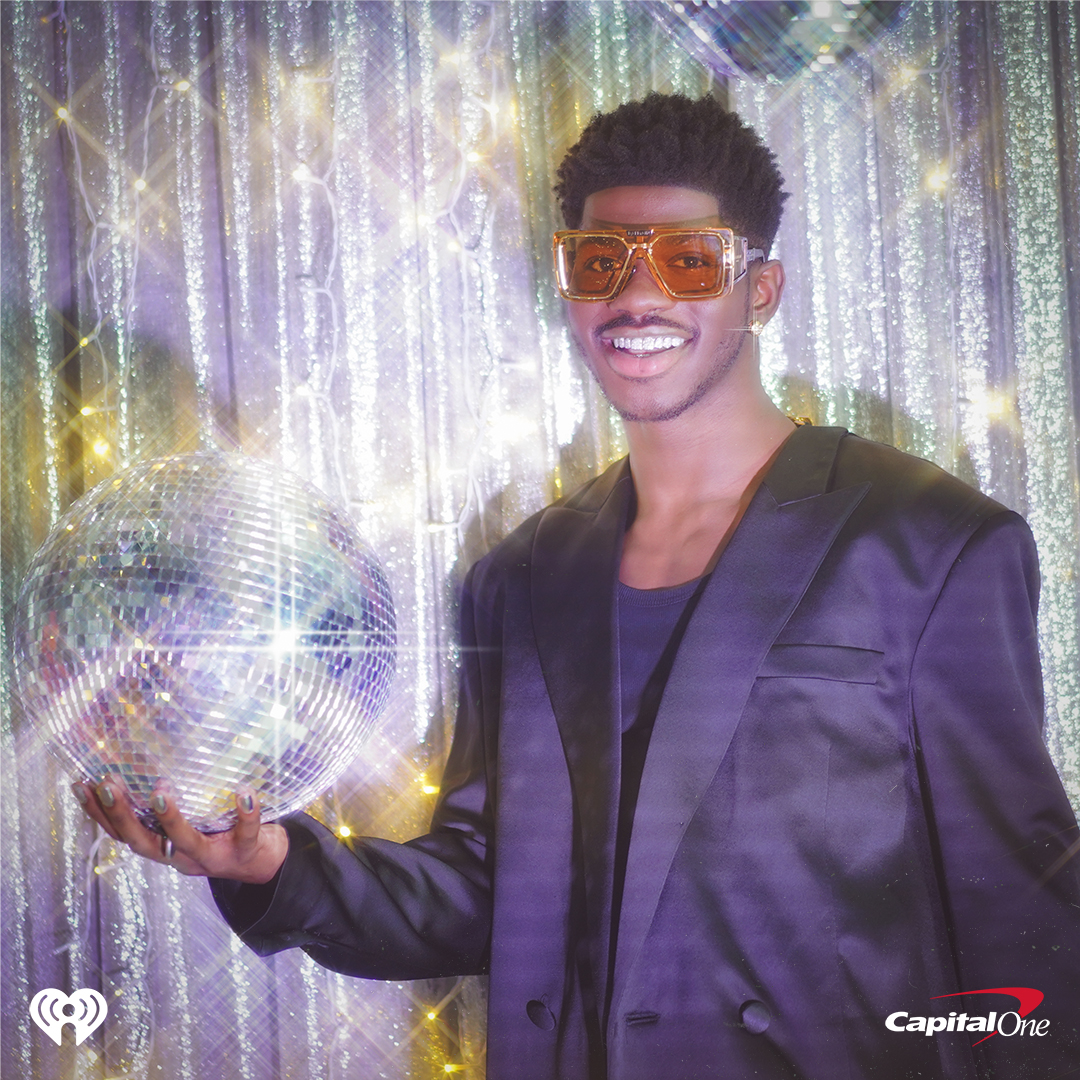 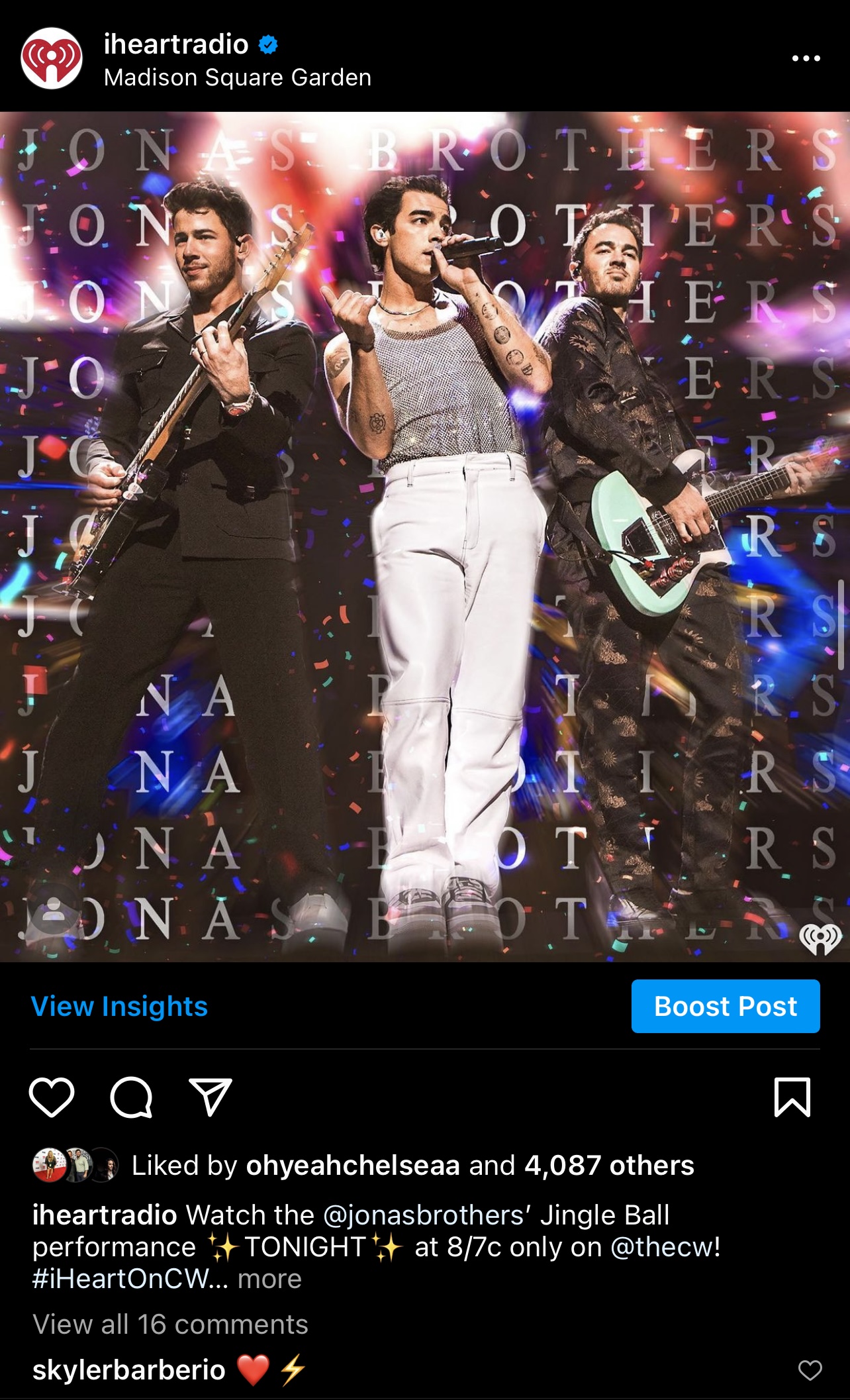