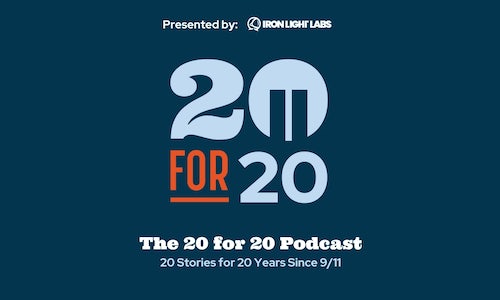 It has been 20 years since the September 11, 2001 terrorist attacks and more than 10,000 first responders and others who were in the World Trade Center area have been diagnosed with cancer. Additionally, 3,000 deaths have been attributed to 9/11 illnesses. This means that more people will have died from toxic exposure during the attacks and clean up than those that were killed on September 11, 2001. Iron Light Labs wanted to call attention to this issue and launched an awareness campaign to tell 20 stories for the 20th anniversary of 9/11, to support our first responders and to inspire all of us to live heroically.

September 11th touched the lives of countless people. There are a myriad of powerful stories that most of the public has never heard. We wanted to give those stories a platform and allow people to hear firsthand from those who experienced the terror of that day and/or were affected by its aftermath.

We recruited Niels Jorgensen to host our 20 for 20 podcast because he was there on 9/11 and served nearly 21 years as an FDNY firefighter before having to retire due to leukemia he contracted from cleaning up Ground Zero. Projects like this are how he continues to serve the heroes of that fateful day.

The podcast highlights the story of several First Responders and their supporters. The stories are told through the eyes of survivors, family members of those lost, and others directly affected by that fateful day and its aftermath.

One example is John Feal. John Feal was a demolition supervisor at Ground Zero. During the cleanup 8,000 pounds of steel dropped on Feal’s foot, leading to partial amputation. After he was denied compensation for his injury by employers, insurance companies, and elected officials, Feal became the leading advocate for 9/11’s victims. He took his historic fight to Washington and with the help of comedian Jon Stewart, they passed a series of laws to ensure that those who’ve sacrificed so much would be taken care of.

Each episode follows a narrative approach to storytelling, as opposed to being structured primarily as an interview. Coupled with powerful music, this narrative format reaches audiences at a more visceral level, as listeners find themselves immersed in the stories that Niels and his guests tell.

The highly saturated nature of the podcasting world makes it difficult to stand out. However, Iron Light Labs’ holistic approach to marketing has helped “20 for 20” reach a broad audience. The podcast has reached over 100,000 listeners, eclipsed 72,000 YouTube views, earned media in national news outlets like MSNBC, Daily Signal, and The College Fix, and had a successful chalk art campaign on the streets of New York City for September 11th. The podcast is in the top 1% of podcasts in terms of listens per episode, with nearly 4,500 listens per episode on average. 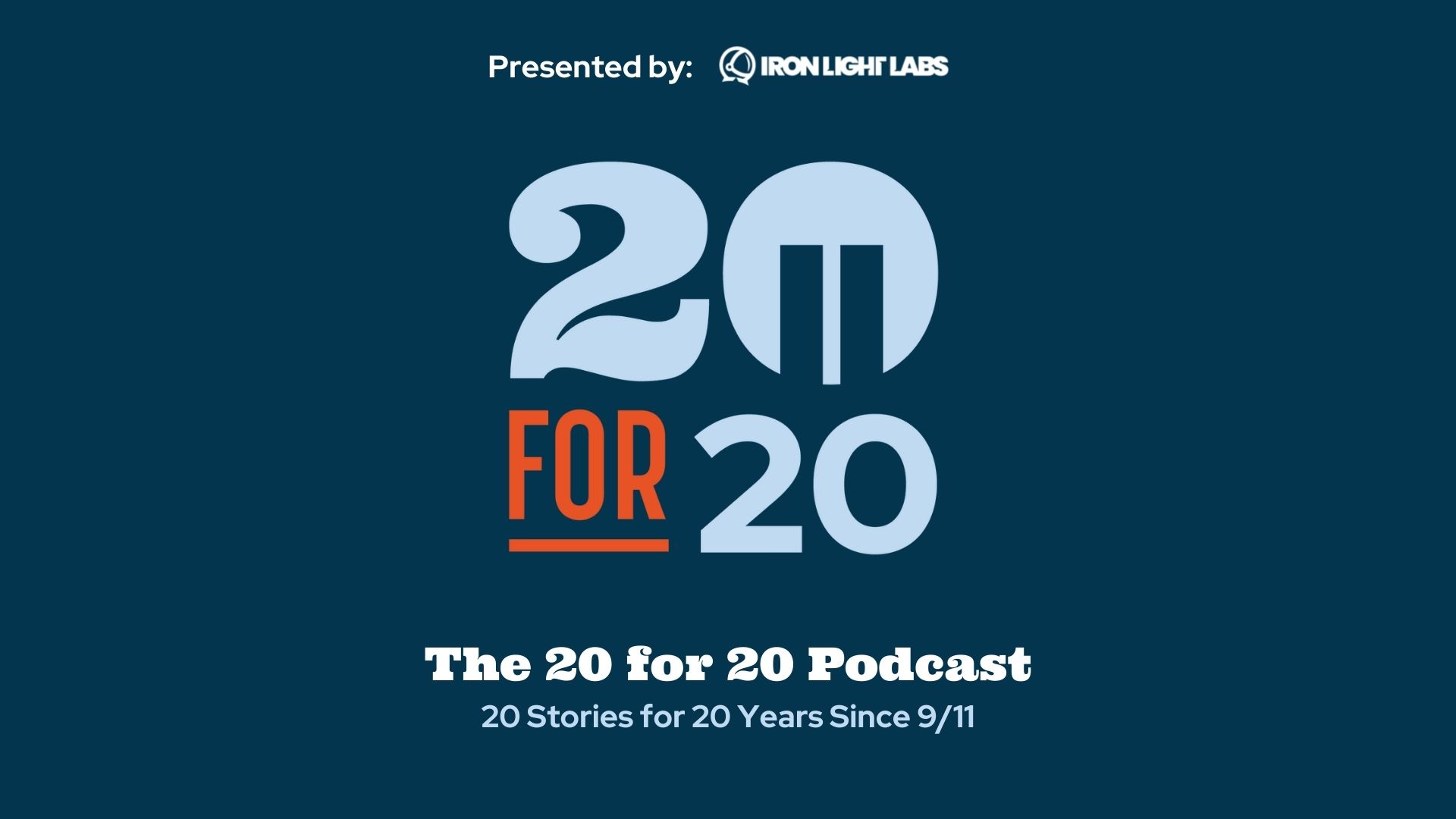