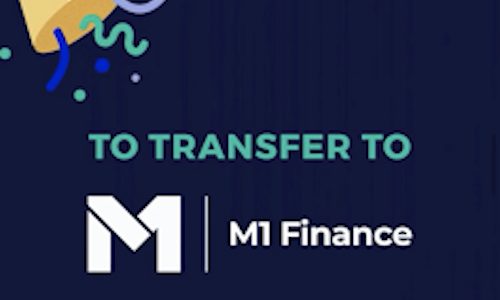 Going into January, M1 Finance wanted to maximize reach to draw awareness to their product to users who potentially never heard of them before. While M1 typically leveraged lower funnel campaigns on Facebook to drive account creations, we wanted to focus on new channels to boost impressions and minimize our CPMs. Reddit presented an interesting opportunity to find qualified, “investment” interested users, by way of a Community Takeover.

Tinuiti and M1 Finance worked with Reddit to run a Community Takeover on the platform from 1/22-1/26. The community takeover on Reddit assured 100% SOV across 36 unique subreddits related to business and finance, including r/Robinhood, r/churning, and r/algotrading.

The goal was to really highlight what makes M1 different from its competitors, and draw in users who heard of the other brands. A Community Takeover was the perfect way to find users in this particular mindset.

The Community Takeover was an incredible success that captured 3.1M impressions over five days, which is 21% higher compared to Reddit’s benchmark of 2.5M impressions. This campaign also drove a click-through rate (CTR) of 0.32%—a rate that was 3x stronger when comparing mobile takeover posts to the regular rotational posts on Reddit.

The cost per action (CPA) was 10x cheaper during the Community Takeover than from regular In-Feed Reddit activations, while also driving in 97% stronger account creation volume. 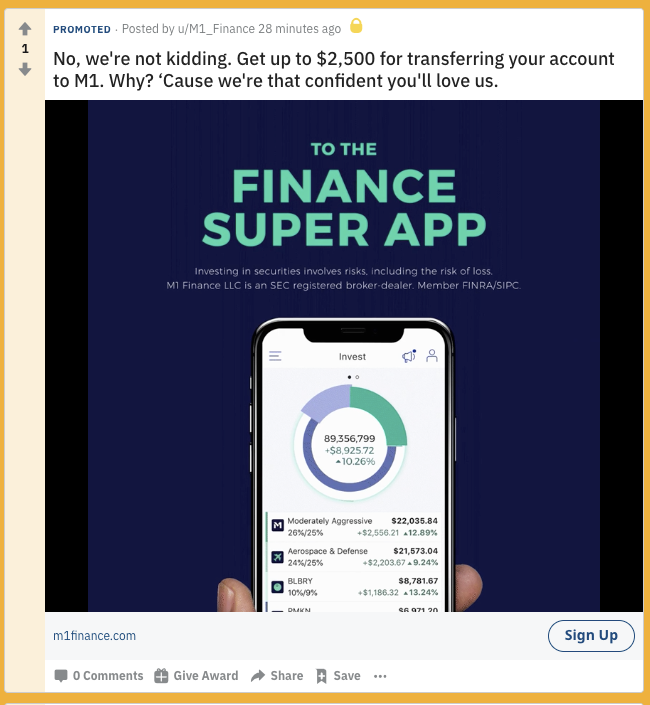