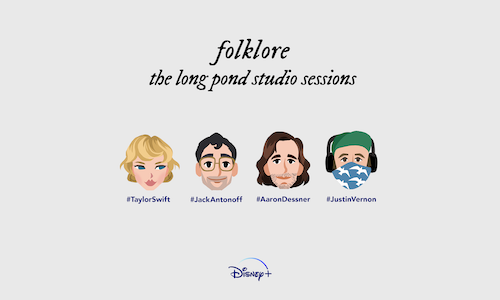 In order to drive further excitement around the surprise release of Folklore: The Long Pond Studio Sessions on Disney+, we created four emojis unique to the film that populated next to relevant hashtags when used on Twitter. #TaylorSwift, #JackAntonoff, #AaronDessner, and #JustinVernon all had corresponding emojis depicting illustrations of the respective artists. The hashtag #BonIver also connected with the emoji of Justin Vernon and the emoji of Taylor Swift was associated with the additional following hashtags: #Folklore and #FolkloreOnDisneyPlus. The Twitter feature is still live however we highlighted it the most over the first weekend of the film’s release. By creating a visual representation of the hashtags, we not only separated ourselves from the majority of text that is seen on Twitter daily, but also encouraged the use of said hashtags and thusly increased the organic conversation on the platform.

The hashtag emojis were used a total of 638K times, 307K of that being in the first week of launch. This was also the first time that some of Taylor Swift’s Grammy Award winning collaborators had ever been made in emoji form which garnered a lot of excitement. With fans eager to use and see the hashtags on their personal accounts, boasting their love for the film and its music, the debut of Folklore: The Long Pond Studio Sessions ultimately trended around the world. 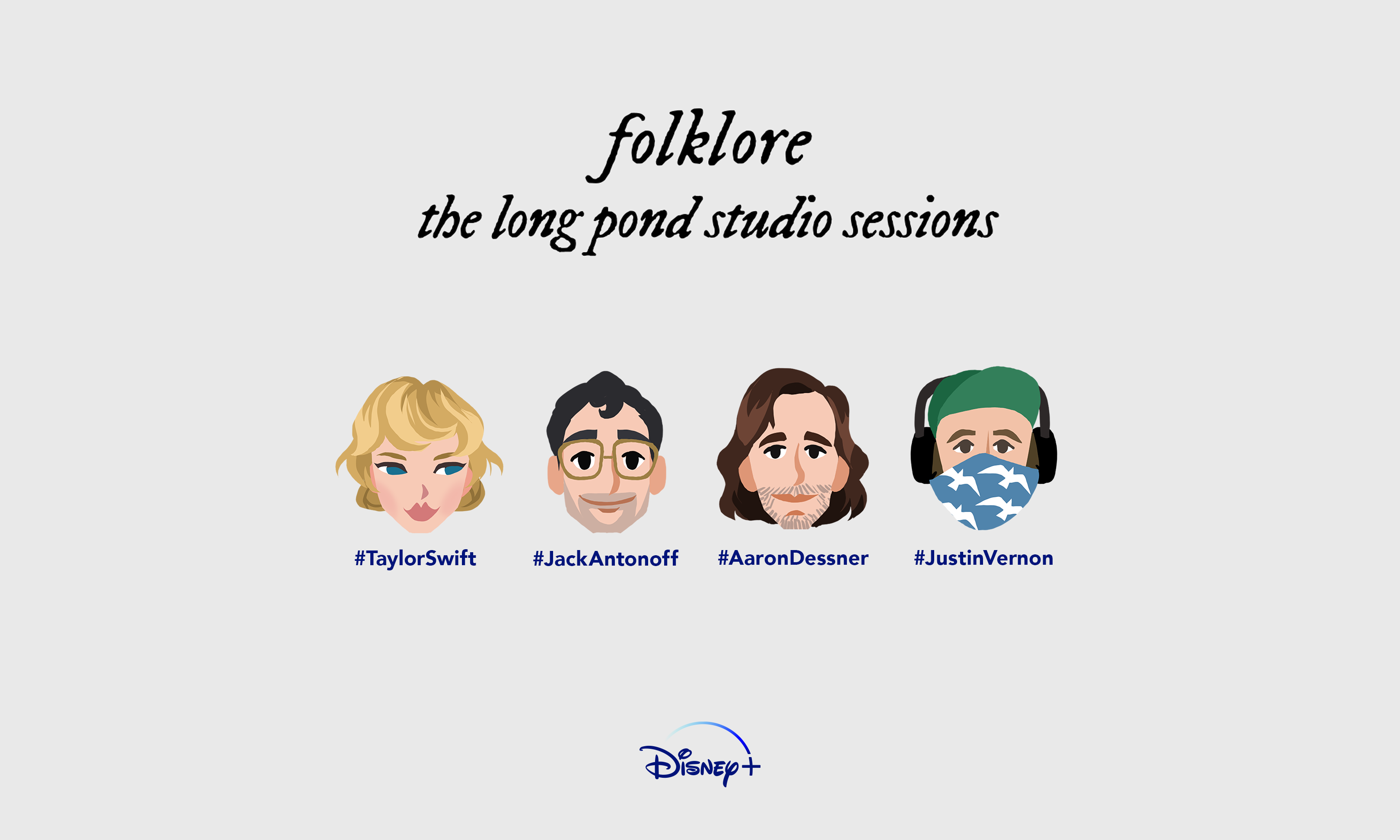