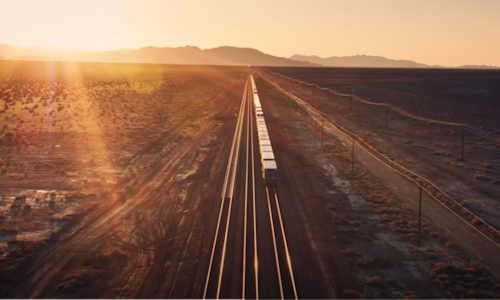 Sam Elliott, “When We Vote” (For Joe Biden for President)

At a time when the United States was more divided than ever before, the Biden For President campaign knew that beyond the obvious end objective - motivating voter turnout and winning the Presidency - it was also crucial to find creative, impactful ways to bridge the divide between political parties and unite the country.

President Trump had thrived on messaging that catered to his base and sowed more seeds of political discord to inspire his followers to vote. Biden For President (BFP) needed to prioritize a different strategy - identifying a person, and a message, that would awaken national interest and shake up the status quo of negative political rhetoric in a big way.

But this message couldn’t come from a paid spokesperson - we needed to identify someone who was willing to take a surprising stand of their own to catch the attention of both voters and national media and resonate with a nationwide audience.

Election Day was fast approaching. Political conversation on social media had reached powderkeg levels. BFP needed an unmissable piece of content, with a thunderclap level of instant reach and awareness that got voters talking about the qualities of a nation - and a President - that were truly the most important.

BFP developed two video advertisements, “Go From There” and “When We All Vote,” featuring both a script and imagery focused on unification. BFP leveraged videos from Middle American supporters who had shared their support for Biden in unique ways, from crop circles featuring the former Vice President to barns emblazoned with Biden’s logo, as well as content showing Biden interacting with supporters across unions and other key voting groups.

Enter Sam Elliott. A seasoned actor with a loyal following, whose voice is instantly recognizable - think The Big Lebowski, Road House, and A Star is Born and you’ll remember that reassuring baritone. Elliott had never previously endorsed a political candidate. In fact, images of Elliott in various roles had often been included in Republican memes across social media. But this year was different - and Elliott recognized the power he had to promote the unity he so desired would return to America.

BFP successfully engaged Elliott to lend his voice to both advertising spots in an earned capacity (aka unpaid) and announce his endorsement of Biden. The campaign knew his participation would create instant waves with voters who’d previously assumed Elliott was a Republican, if they considered his affiliation at all, and deserved a marquee moment.

Within 48 hours of engaging Elliott, BFP recorded both voiceovers and strategically launched the first video, “Go From There,” with a national broadcast slot during Game One of the Major League Baseball World Series - broadcast to millions of Americans across the country.

With just days to go until the election, BFP launched the second advertisement, “When We All Vote,” which debuted nationwide on television during the college football playoffs to help reach key Midwest voters and coinciding with a YouTube takeover that ensured anyone who visited the site on that date would see Elliott’s inspiring message.

Within minutes of its broadcast (reaching 9 million viewers) during the World Series, the Elliott-narrated “Go From There” took the internet by storm, racking up 1M views on YouTube and 3M views on social. Elliott’s subsequent Biden spot, “When We All Vote,” reached 11.2M views.

Sam Elliott’s message of unity caused a sensation across social media, with 61K total messages, 28K posted the evening the ad aired. Users shared the video alongside their love for its message, including:

Both videos saw massive response from traditional media as well, as more than 928 pieces of coverage detailed Elliott’s participation in the ad (318 crucially mentioning both Elliott and Biden in their headline).

Most importantly, Biden’s powerful message resonated with voters who eventually visited the polls and made their voices heard, showing their solidarity with Elliott’s final line in one video: “Joe Biden doesn't need everyone in this country to always agree. Just to agree we all love this country, and go from there.”

Video for Sam Elliott, “When We Vote” (For Joe Biden for President) 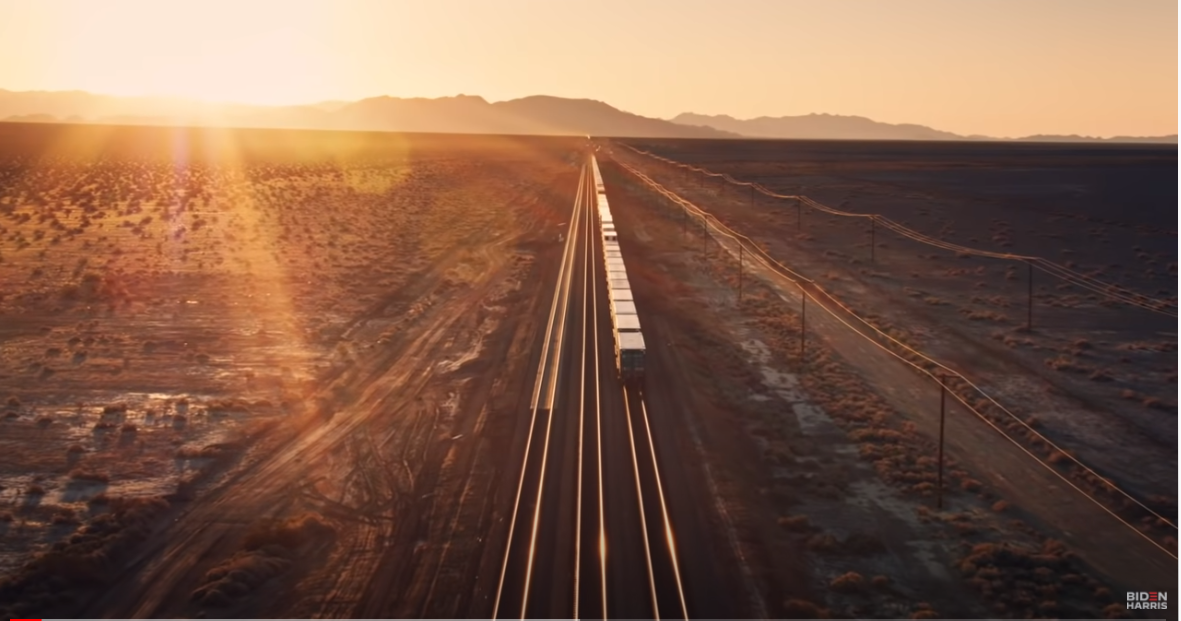 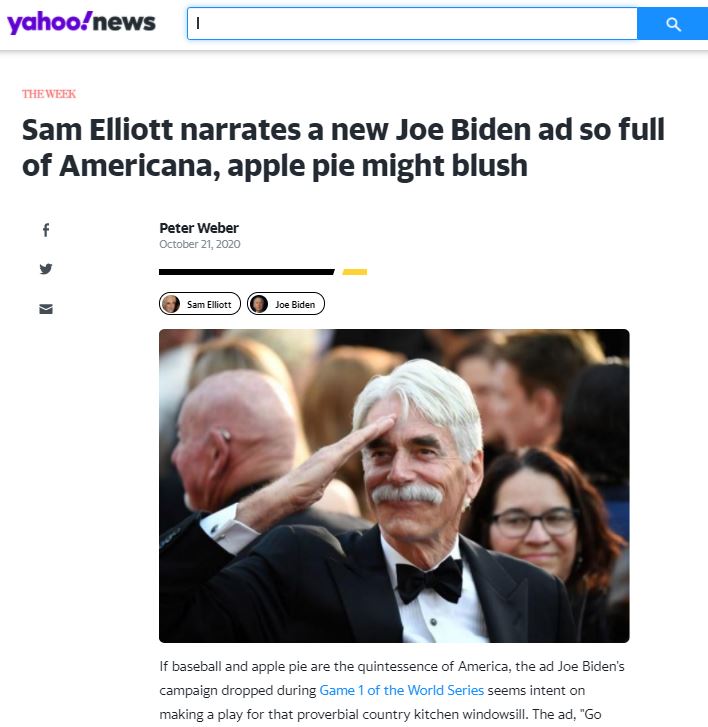 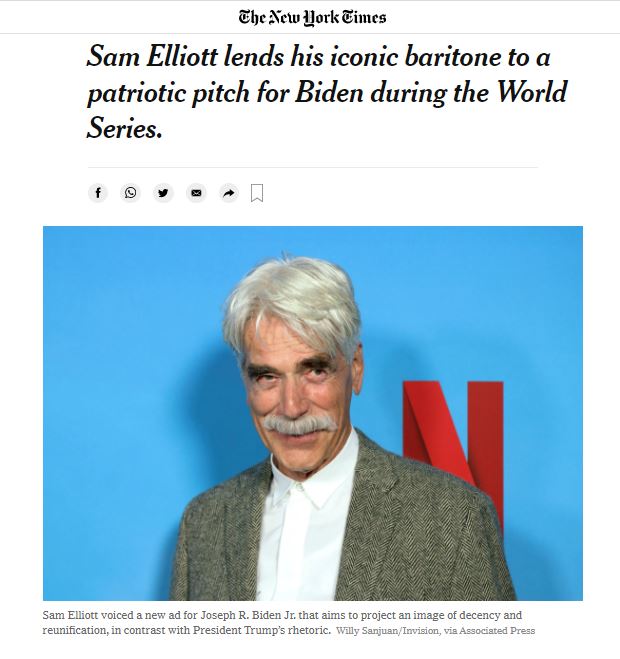