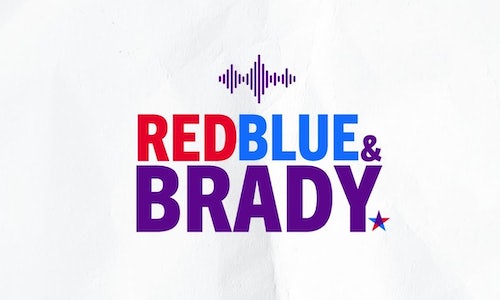 "Red, Blue, and Brady" ("RBB") was intentionally created as a way to bring survivors, researchers, activists, legislators, and average Americans into conversations surrounding gun violence prevention that were thorough, engaging, rigorous, and transparent. When over 100 Americans a day are killed due to gun violence, and scores more injured, the podcast provides a way to bring the discussion of the types of gun violence (from suicide, to unintentional shootings, to homicides, to mass shootings, and more) weekly into the ears of Americans.

Moreover, the podcast deliberately focuses attention on disadvantaged communities that are disproportionately impacted by gun violence, but that nevertheless receive less media attention and political care. The podcast also purposefully always includes a call to action for its listeners, be it something personal like self-care or more politically involved, like contacting legislators. In its first season, "RBB" focused its efforts on racial justice, voting access, COVID-19, and the intersectionality of gun violence prevention. Now in its second season, "RBB" has expanded its mission from dialoging about the country's long-standing love for guns and the political, educational, and cultural efforts of Brady and its allies as we work together to end gun violence, to including gun owner voices on issues of things like crime guns, safe storage, appropriate training for firearm use, and cultural concerns that surround modern gun ownership. Episodes have ranged from gun violence impacting indigenous communities to suicide rates among veterans to how to manage hunting safely with children.

The podcast is carefully crafted, though it works with a limited staff—the podcast is scripted, booked, recorded, audio mixed, and hosted by Project Manager JJ Janflone. Scripting, direction, and final audio is approved by Creative Director Jaime Bellemare, and social media uplifting the podcast is provided by Brady's Director of Media Marketing, Renee Davidson. Additional work on researching and transcription is provided by one intern, working approximately fifteen hours a week. As of Season Two, the podcast is also co-hosted by Kelly Sampson, Senior Legal Counsel at Brady and Director of Racial Justice.

The podcast—released each Monday evening—is designed around the idea that each episode is meant to provide listeners with five key things:

1.) Well-researched information about an area of gun violence they may be unaware of;

2.) Connections to experts on that information;

3.) Detailed narrative on why this area of gun violence is essentia;

4.) Clear affirmations on why Brady, as one of the oldest and boldest non-profits in gun violence prevention, has and continues to be a thought leader in this space—so including messaging on how Brady is actively responding to this issue; and

5.) Elevating call to actions that allow listeners to get involved in ending gun violence on the local, state, and federal level.

What makes "RBB" so unique, however, is its accessibility and willingness to be cooperative. The podcast is very intentionally provided without a pay wall, and is fully ADA compliant with transcriptions always provided. Calls to action are consciously made to include not just calls for donations, but for actions people of all ages and means can participate in. Too, the podcast routinely brings on actors in other gun violence prevention, or gun violence prevention adjacent, organizations and nonprofits. On our podcast, we frequently support and advertise via our content other individuals and groups working in this space—because the ultimate goal of the podcast is to aid Brady's mission of ending gun violence, and to do so that requires teamwork and buy in from all actors. In scope, each episode is made to highlight a different form or perspective of gun violence—especially in intersectional ways that the listing audience may not realize is essential.

For example, in episode 88 ("Prisons, Punishment, Policing, and Guns") "RBB" engaged Pulitzer prize winning author Dr. Heather Ann Thompson on her book and research on " Blood in the Water: The Attica Uprising of 1971," which details how the historic riot led to more gun violence, segregation, policing, incarceration, and the Voting Rights Act. In episode 98, ("White Supremacy, 'the Great Replacement,' and Gun Violence), "RBB" interviewed Seth Daire and Corinna Olsen. Seth was once a member of the Christian Identity movement, and now is a researcher on extremism and the far right. Corinna was a leader in the National Socialist Movement who left, publicly disavowed the movement, and converted to Islam. The episode was devoted to why people join hate groups, why they leave, and the roles guns play in all of these groups.

In just a little over a year of being published, "RBB" has had over 57.5 thousand unique downloads from over 1954 cities in the United States. Though we are a podcast that exclusively deals with US-based gun violence, we have been listened to on every continent but Antarctica—we have frequent listeners in a total of 69 countries and territories.

Most notably, however, the podcast has had people listen to 143,750 days' worth of gun violence prevention content. We have a text and phone line for listeners to contact us through, and generate constant engagement with our listeners. This line, coupled with our download numbers, the traffic we have seen it generate toward social campaigns for change, and comments from everyone from survivors to legislators about the use of the podcast content has made it clear to everyone at "RBB" that the podcast is making a difference in sharing opinions about gun violence prevention.

Video for Red, Blue, and Brady 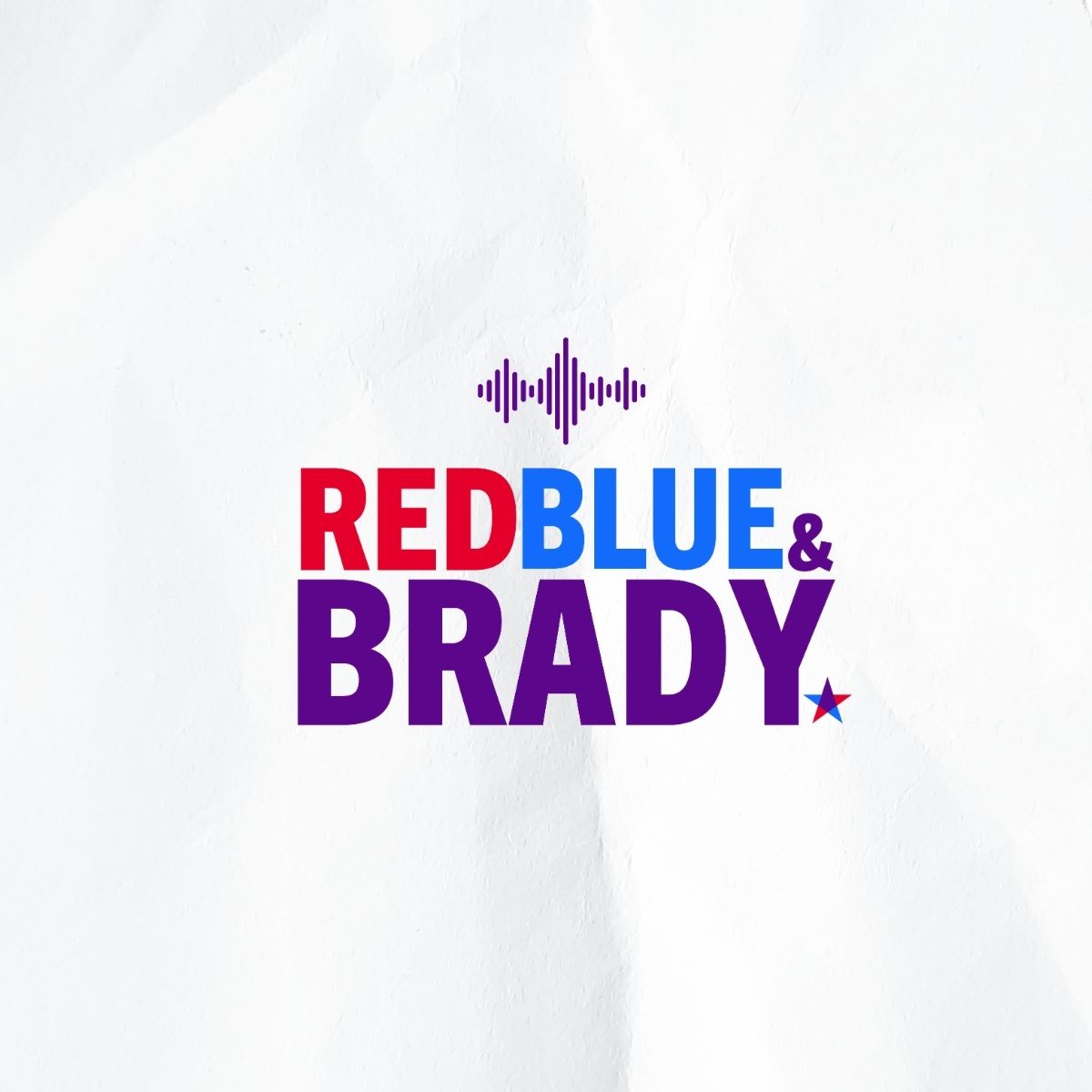 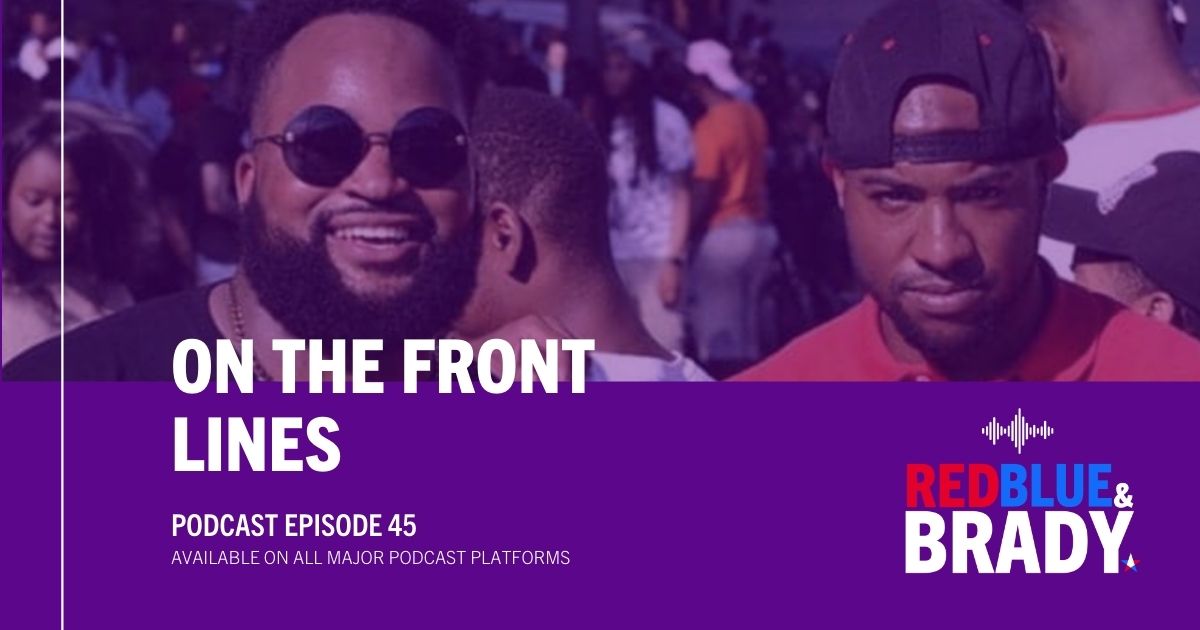 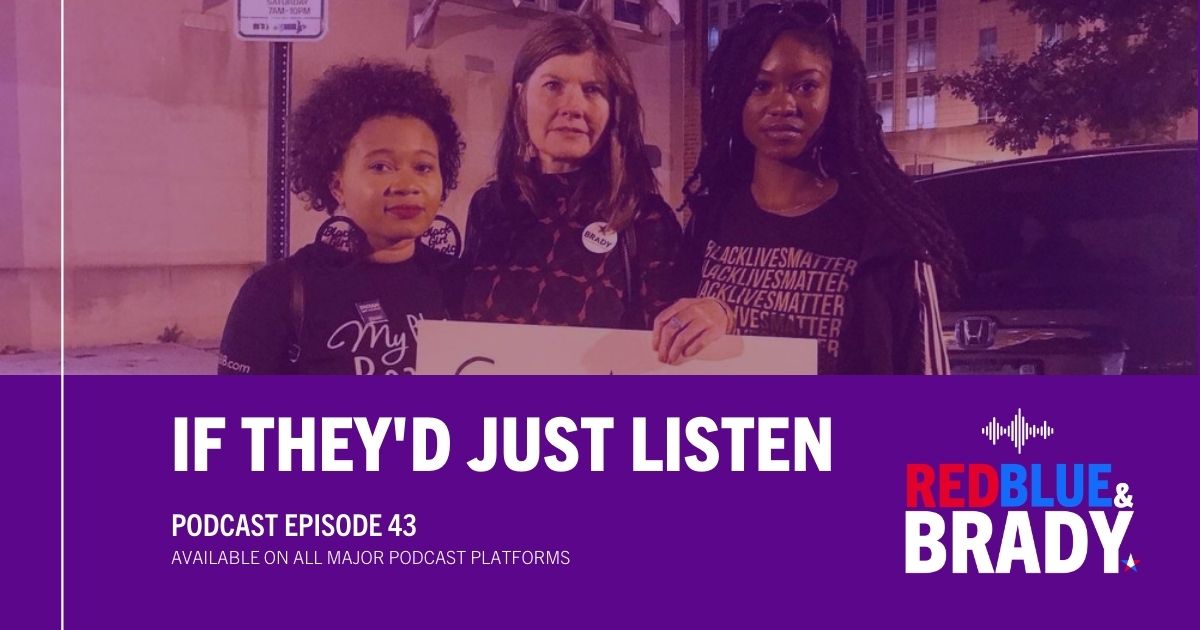 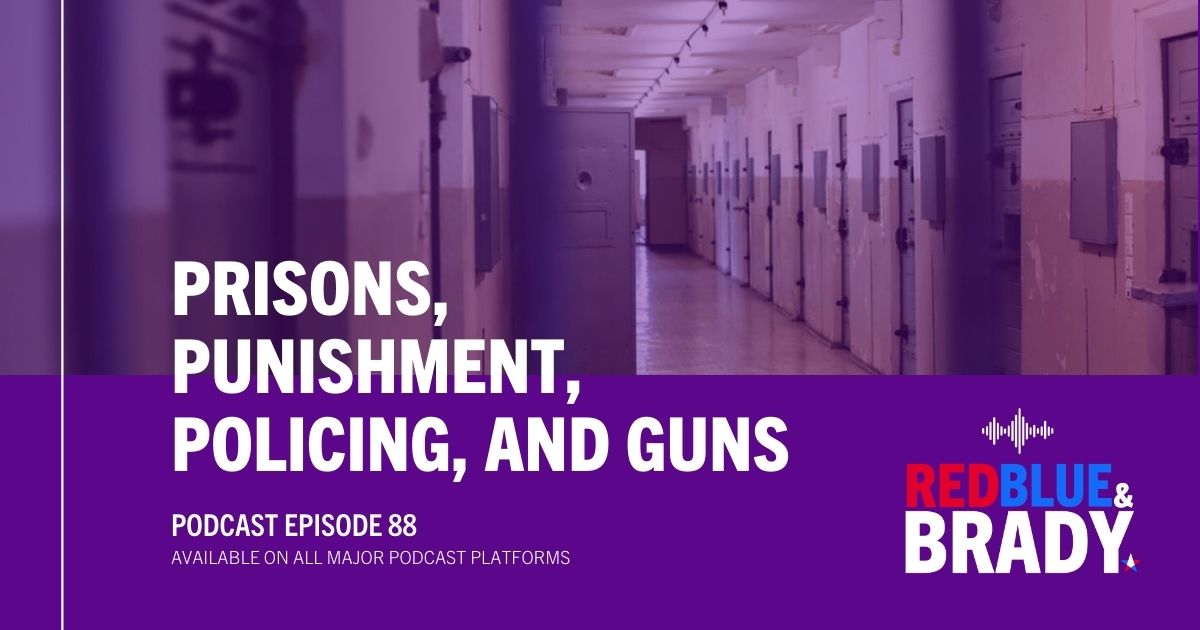 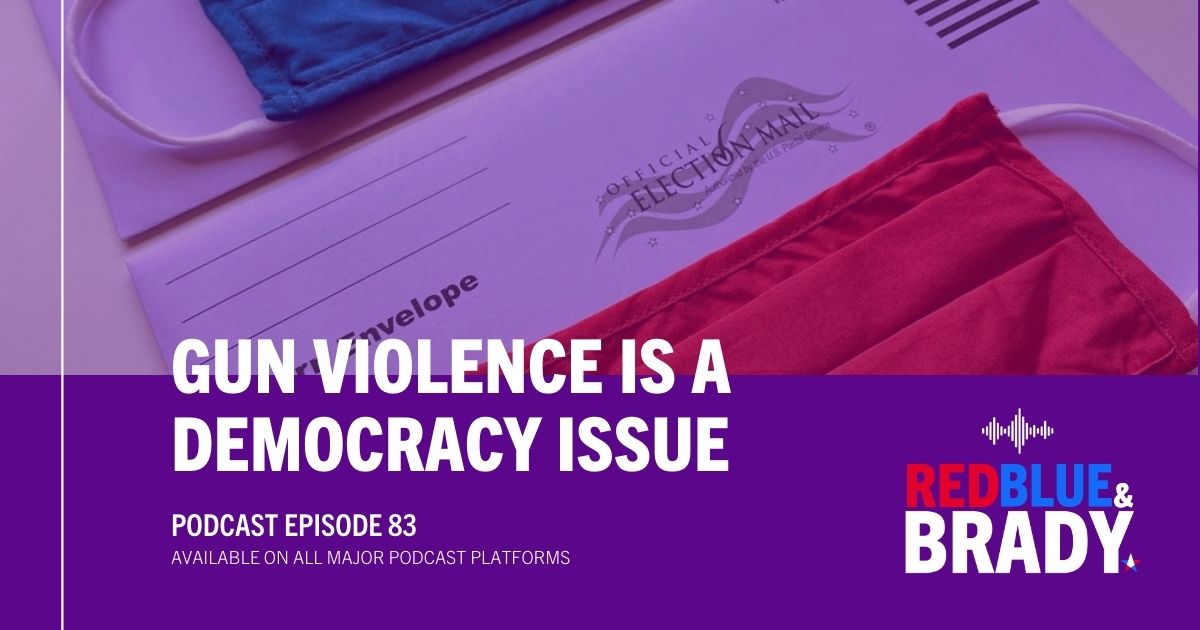 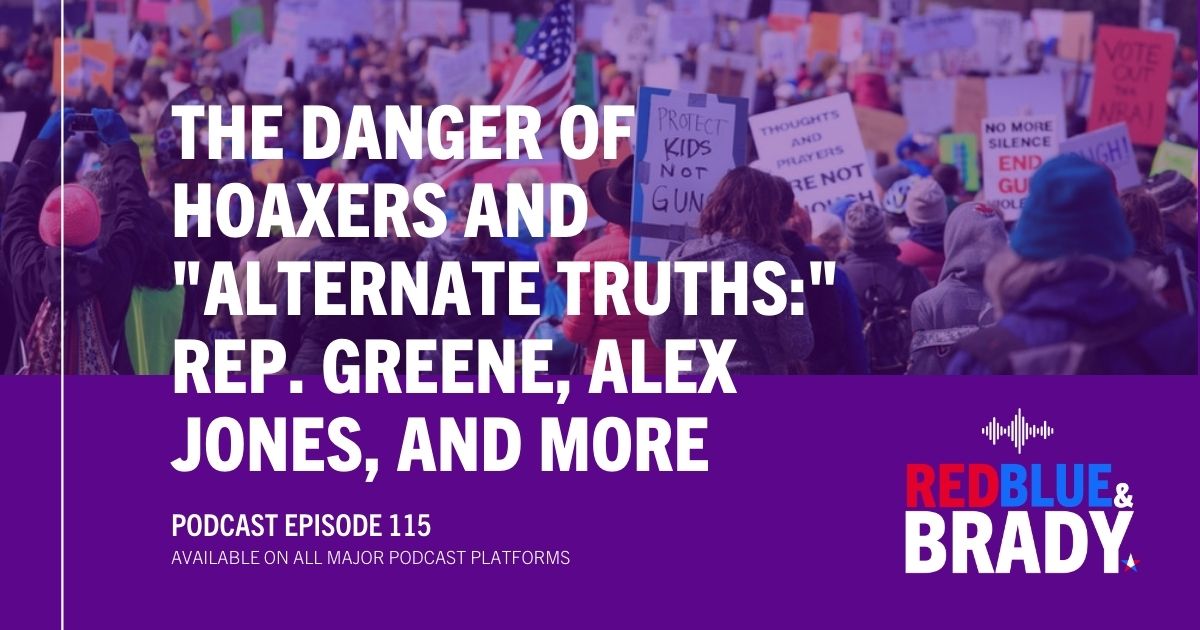 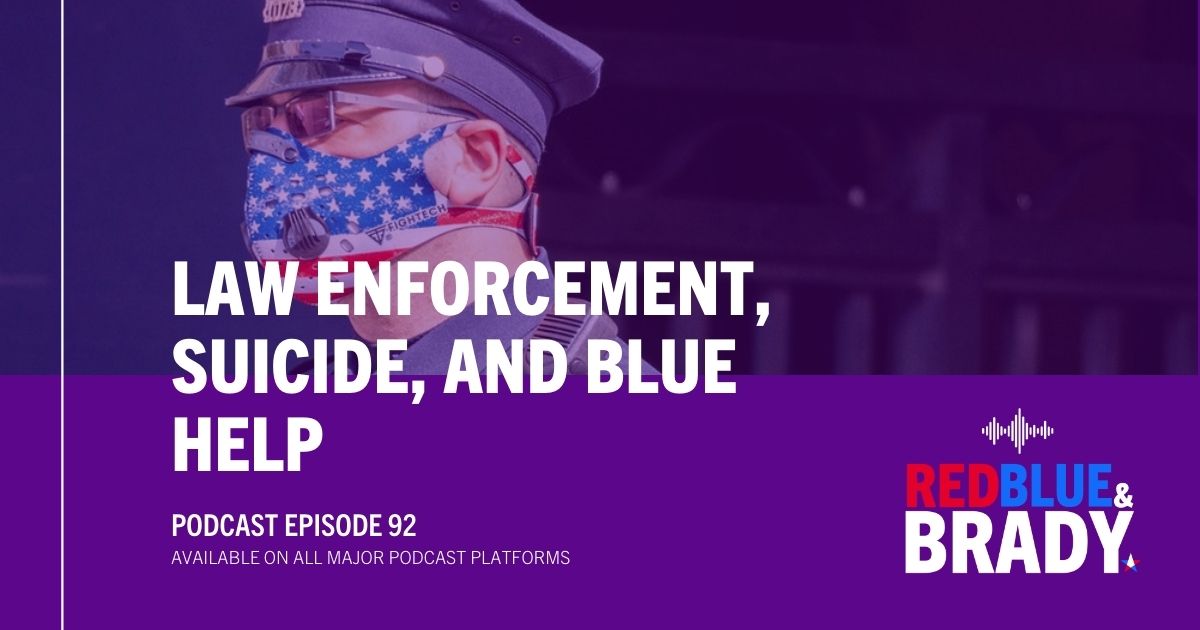 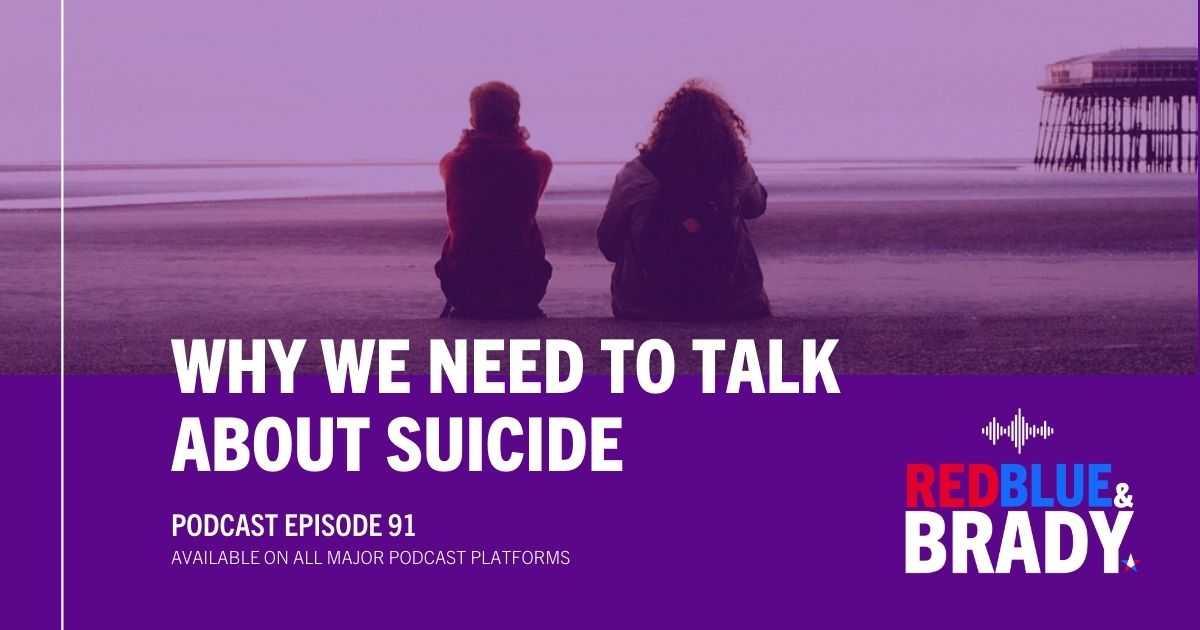