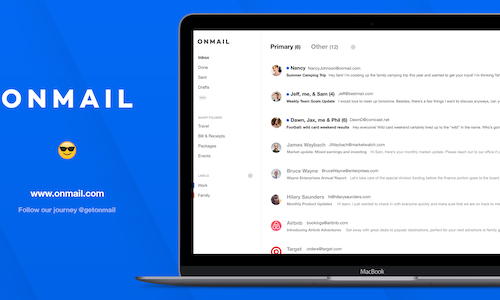 The first email was sent more than 50 years ago. Since then, a lot has changed. Email was originally designed in an era before spam and phishing scams became the norm, before most Americans spent over 5 hours a day sifting through overflowing mailboxes, and finally, before secret tracking pixels were hidden in nearly every marketing message, with targeted ads making themselves comfortable in your inbox.

Email has scaled beyond its original design and consumers today are suffering from a lack of control over their own inboxes. Anyone can fill up your inbox with email and do it freely. Furthermore, most people who want to create a new email address find themselves unable to get a name they actually want, likely because 85% of the U.S. email market is captured by only three big tech email services.

OnMail is a new, independent email service engineered to solve these problems and offer a modern email experience you would expect in today’s world. Built by actual email experts at Edison, creators of Edison Mail, the #1 independent email app to manage your accounts from multiple email providers in one place, and pioneers of one-tap unsubscribe.

OnMail set out to achieve the following goals:

OnMail’s launch included investment of more than a year of technology research and development, plus additional months of internal testing. We devoted a lot of time determining how best to solve the greatest email issues in the most elegant way possible. We surveyed consumers and email industry stakeholders about everything from their email pain points to the name of our email service.

OnMail was first announced in April 2020, offering consumers the opportunity to sign up ahead to be first in line to try out and use the service upon its public beta release in August. To give back control over email to consumers and build an email service for today’s world, Edison re-imagined how email works and engineered new abilities in email the world has never seen.

Deleting emails is the #1 task people do most in their inbox. OnMail revolutionized the consumer battle against email spam with a brand new ability called Accept Sender. Accept Sender offers Permission-Control invented by Edison that empowers you to accept or block new email senders before they enter your inbox, thus preventing spam access by unwanted senders before it starts.

In the age of viral videos, ‘grammable photos, and elaborate document design, the concept of file size limits within email are outdated. OnMail’s team built a proprietary file hosting platform that works under the hood, offering 100MB file size limit for attachments and scales up to 5GB, which is 200x more than what is currently offered by big tech email services. You can add password protection for individual files containing sensitive content. OnMail eliminates the need to pay for third party file sharing services; never leave your mailbox to share the file you want again.

Email is your permanent digital identity — it’s required to validate that you are who you say you are to create any kind of internet account. It’s also evolved into an extension of your personal brand, important for your career, business and other communications. You should be able to choose an email address that actually represents your identity, not get stuck with irrelevant strings of numbers and letters left available. With OnMail, you can create an @onmail.com address or an address at the custom domain of your choice (e.g. @yourname.com) that’s included free within OnMail premium accounts. OnMail condenses the entire process of acquiring and integrating a custom domain of your choice into a usable email address within just one click and a few minutes--no third parties or expensive IT help required.

OnMail introduced Split Inbox, a new way to customize inboxes you designate for important messages, to see what matters to you most, faster.​ OnMail offers superior search enhanced with natural language recognition to quickly find what you need. Edison’s flagship AI-based assistant technology is built-in to help follow up on emails with an automatic Nudge and automatically categorize important details (i.e. Travel, Package Tracking, Bills & Receipts). Includes generous email storage up to 10GB of free space and scales up to 1TB.

OnMail was Edison Software’s most ambitious product to develop. Competing directly against big tech email players that currently own the market, OnMail works to restore freedom of consumer choice and control in an area where it is sorely lacking.

Within just the first five days of announcing OnMail, consumer sign-ups skyrocketed, tripling our initial goal. Leading technology press like TechCrunch, Protocol, TheVerge, Engadget, SlashGear and dozens of other media outlets praised OnMail for “taking on Gmail” and other big tech email services with a fresh and powerful approach to better serve consumers.

OnMail surpassed the benchmarks we set:

Video for It’s time to change email. Get OnMail. 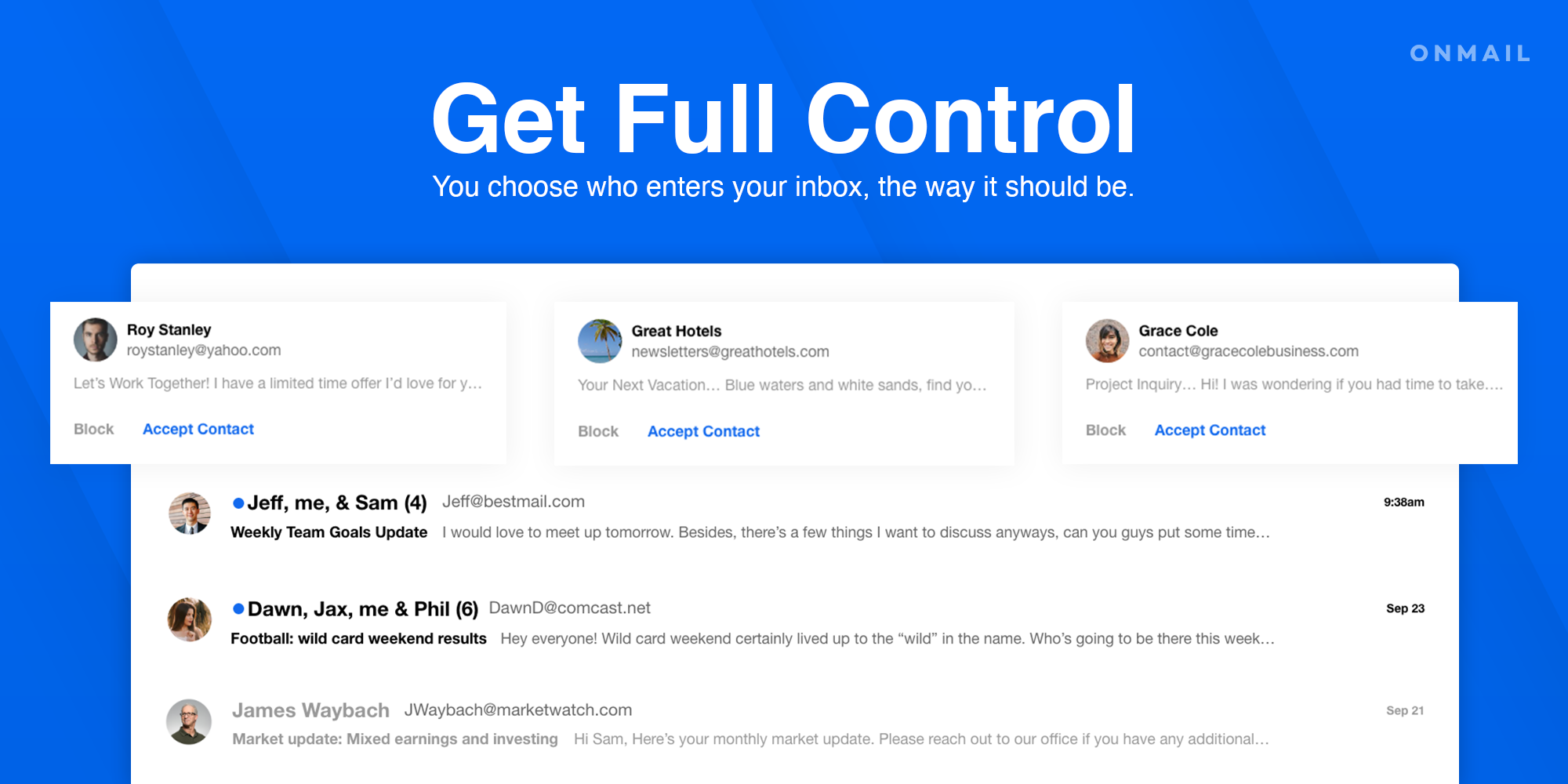 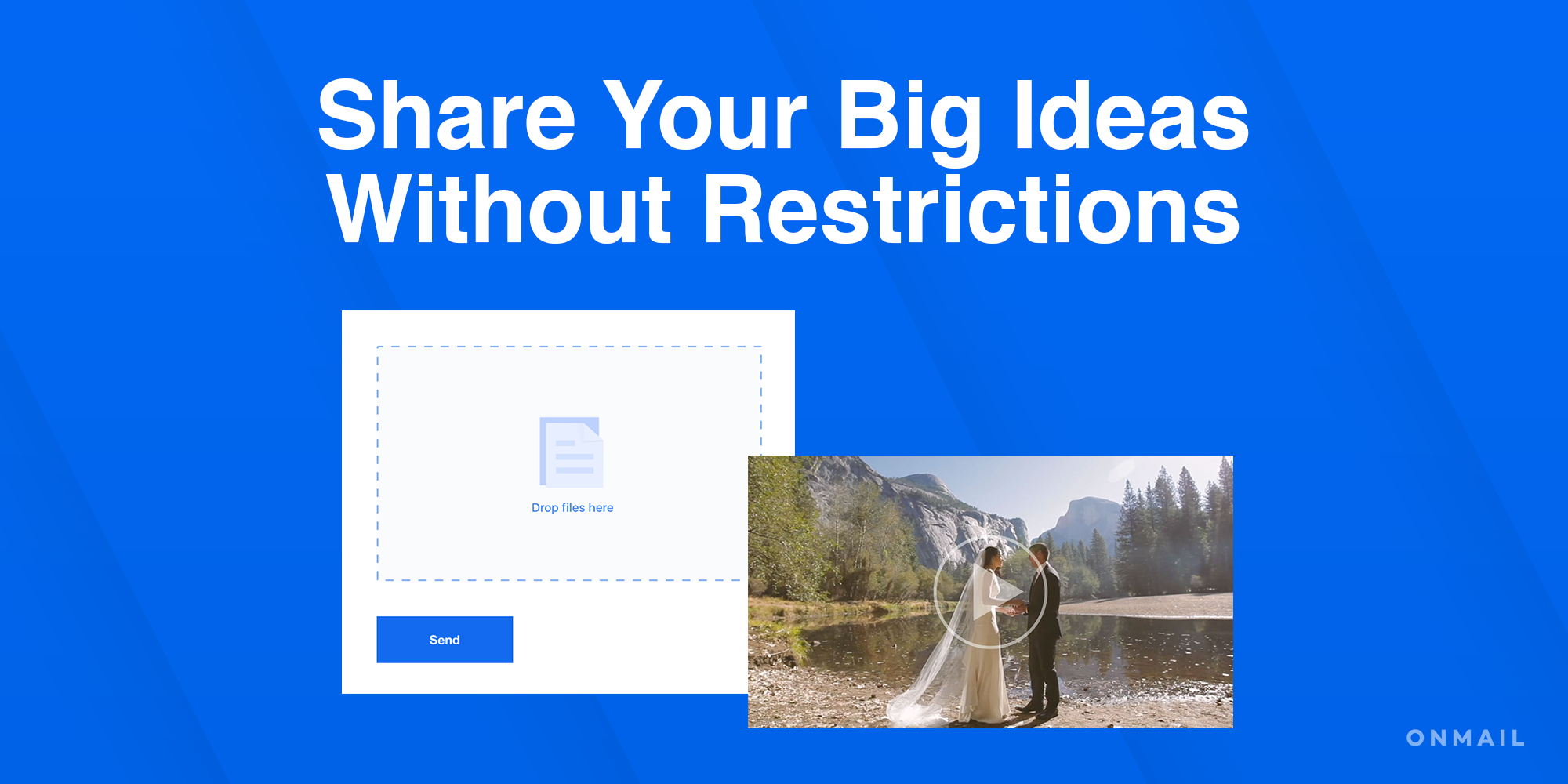 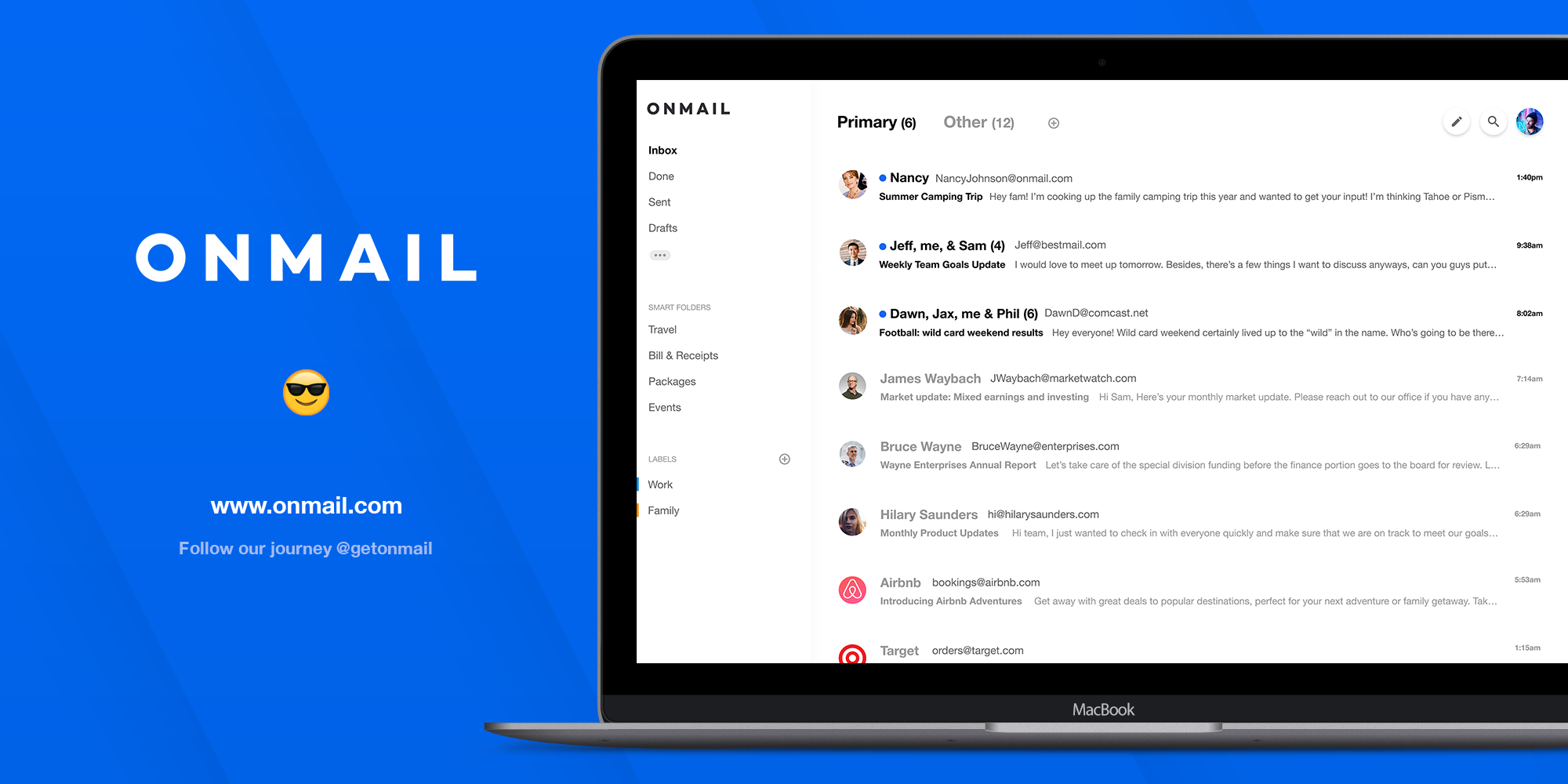