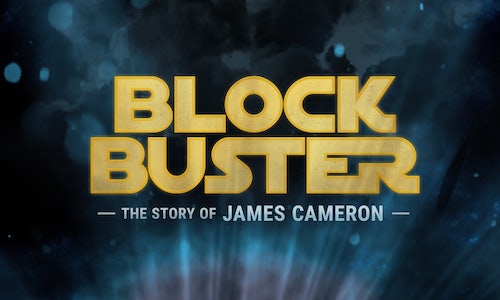 BLOCKBUSTER: THE STORY OF JAMES CAMERON began after the success of our company's first dramatized miniseries in 2019, which followed the friendship of Steven Spielberg and George Lucas in the late 1970s. That series earned acclaim from Forbes, Fast Company, The Verge, Gizmodo and many others as the first "biopod" (biopic-style podcast) — a miniseries researched journalistically but told as a scripted drama with actors, original music and sound design.

The series earned several awards, including winning Adweek's Creativity Podcast of the Year and honors from the Webbys and the New York Festivals Radio Awards for Best Podcast Miniseries.

These successes led to increased interest for our next "biopod" miniseries, which we felt could build upon techniques we learned the hard way. Creatively, we felt the sound design could be more advanced — especially with much more action-oriented scenes. After writing this 10-episode miniseries, we developed the sound design and music opportunities for the entire series, which we believed would be the most technologically advanced podcast ever produced.

Our objective was to elevate this never-before-told story of 22-year-old truck-driver James Cameron's truly unbelievable journey. It follows:

This a true story, so it was crucial that dramatization not destroy the integrity of the real events. Emmy Award-winning investigative journalist Matt Schrader interviewed many of James’ friends and colleagues to capture a biographical side never before told — particularly, James Cameron’s strained relationship with his father that led to some of the greatest film moments the world has ever seen.

From an early stage, we began shaping the creative elements — including bicycle chases, submarine dives, fever dreams and drug hallucinations — with Hollywood sound designer Peter Bawiec at the helm, and film composer Fernando Arroyo Lascurain onboard to craft over 2.5 hours of original orchestral score). We auditioned actors for the 75+ roles (the largest cast ever for a scripted podcast miniseries), and selected actor Ross Marquand (The Walking Dead; Avengers: Endgame) as our lead in the role of James Cameron.

Casting the rest of the series become a remarkably burdensome lift for us as producers, with over 75 characters across the series. We determined we needed to record with SAG-AFTRA actors for the first time to achieve the realism we needed across the entire series, which added considerable challenges — especially as SAG-AFTRA did not have a clear process for this type of project until the middle of our production.) To handle the scale of the voice talent needed, we sought the help of Johnny Gidcomb, a leading casting director on major Marvel films, who aided in the audition process for finding both primary actors and key impressionists (for chracters like Arnold Schwarzenegger, Sigourney Weaver and Leonardo DiCaprio). We also used this time to design our approach for loop group sessions of 8 or more — for custom background conversations, such as film sets. (This later required considerable remote engineering due to COVID-19.)

Sound designer Peter Bawiec oversaw the creation of many original sounds for this series, from various types of footprints to impact sounds with actors, era-appropriate car engines and much more.

The most arduous creative element of the series was the progression of the music. Though composer Fernando Arroyo Lascurain had sketched out a main character theme for James — and secondary themes for his father, his early romance with Gale Anne Hurd, and characters like Bill Paxton and James Horner — the sound design of the series had to mesh with the musical approach. We ended up with several scenes that wove in sound design to the music, and vice versa. In addition, Arroyo Lascurain's music began more intimately and grows stronger as the season progresses, delving into unique textures that reflect Cameron's early hits like THE TERMINATOR, ALIENS, THE ABYSS and TITANIC. Over 2.5 hours of music in this miniseries concludes with a spectacular, goosebumps-inducing musical finale featuring a 62-piece orchestra.

After each episode released, we made the determination to release creator Matt Schrader's original interview with key people in James Cameron's life (for the final episode, an interview with James himself).

BLOCKBUSTER: THE STORY OF JAMES CAMERON began its weekly rollout release in June 2020, and quickly rose up the Apple Podcasts charts. The miniseries maintains a rare 5.0-star rating on Apple Podcasts with 1.9K reviews. It was featured in Nerdist, Forbes, The Wall Street Journal, Gizmodo, Deadline Hollywood, Fast Company and more.

The miniseries followed in the footsteps of the creators' previous project, winning a consecutive title as Adweek's Creativity Podcast of the Year.

The miniseries' success has also led to Epicleff Originals' expansion into other projects. It is now developing a slate of scripted dramatic podcasts based on real-world figures for several podcast networks. Matt Schrader and Peter Bawiec have both spoken publicly about their approach to telling robust and engaging audio stories — using film techniques instead of the common tricks like panning sound effects from one side to the other, or startling listeners with jump scares.

In several measurable ways, our team raised the bar for scripted storytelling. The music became the first-ever Original Podcast Score released on Lakeshore Records, and is featured on Apple Music's film score playlist (despite not being in a film!) It has also led to a massive response from listeners, at first skeptical of a story about James Cameron, sharing that they cried at the moments we worked so hard to create from scratch. Our team is honored to be a part of an emotional story that inspires so many listeners to pursue their dreams. 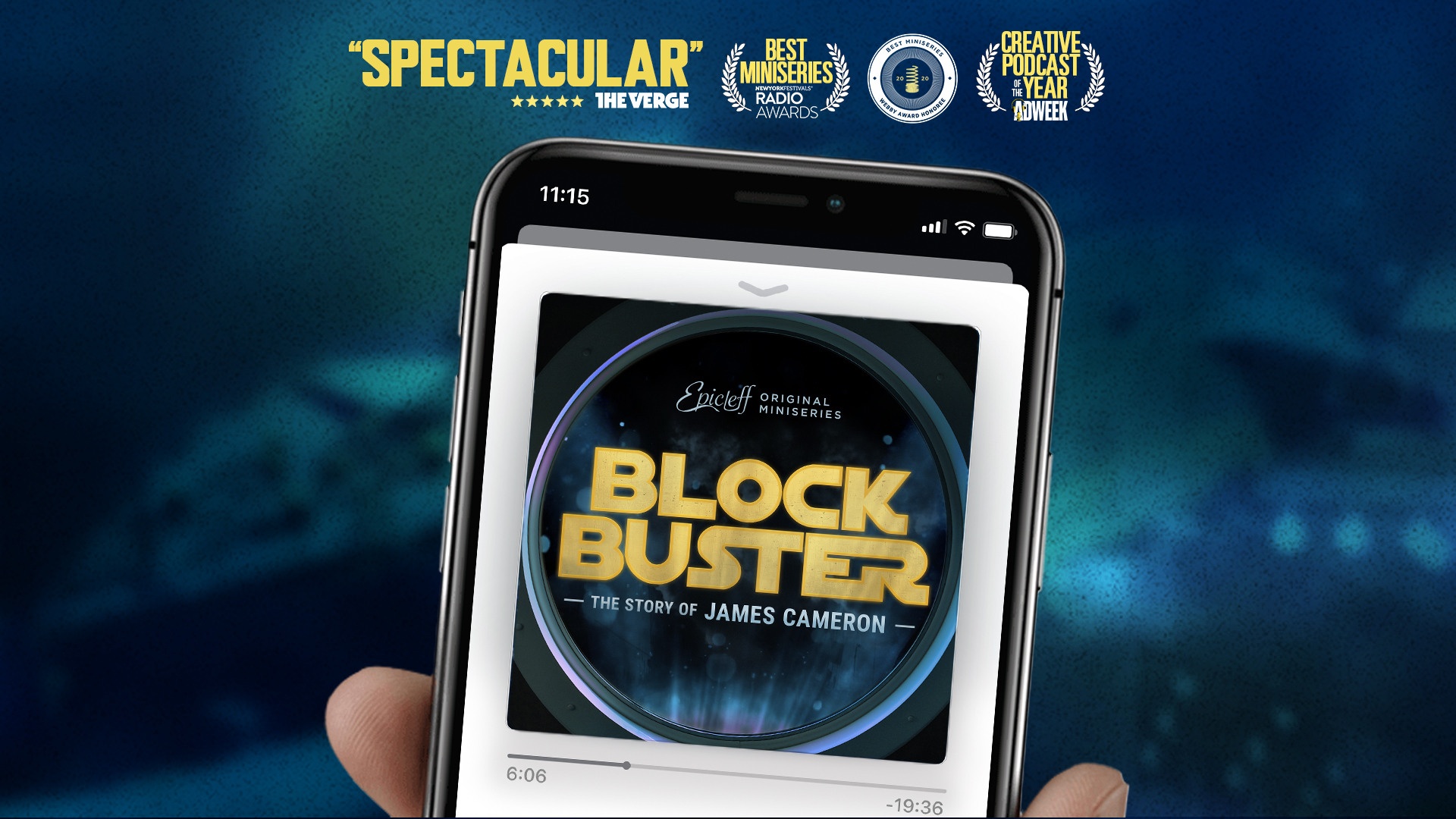 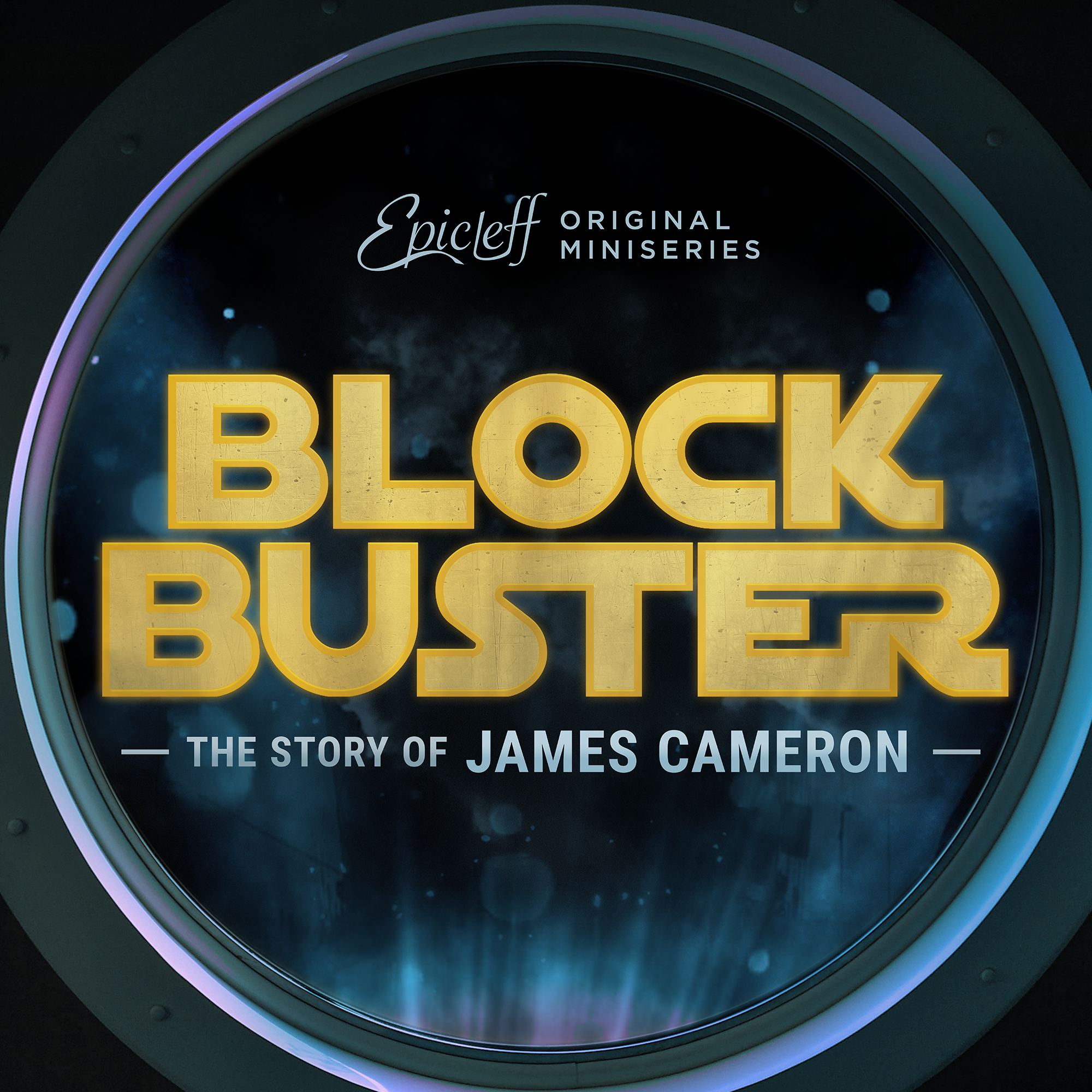 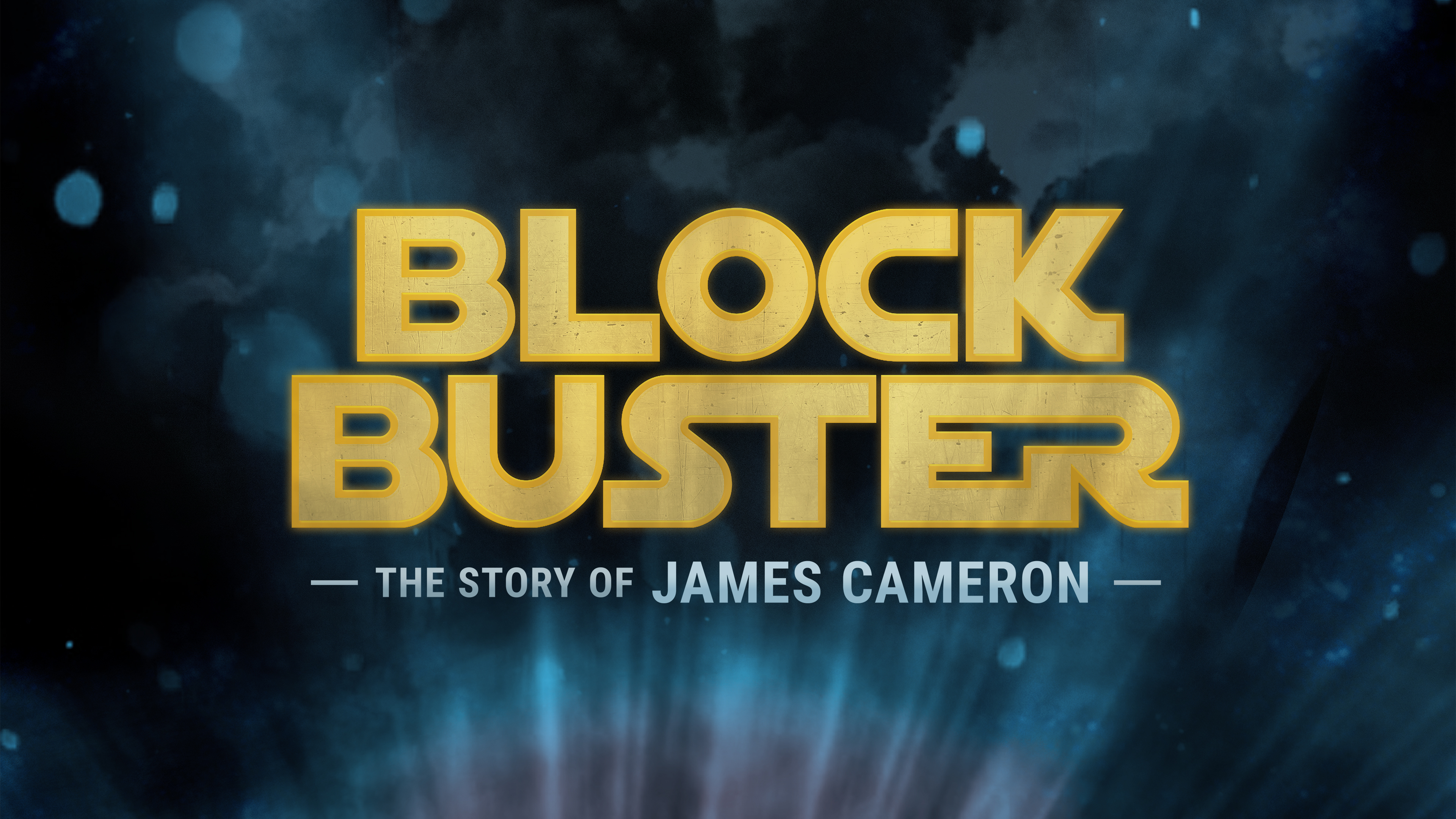 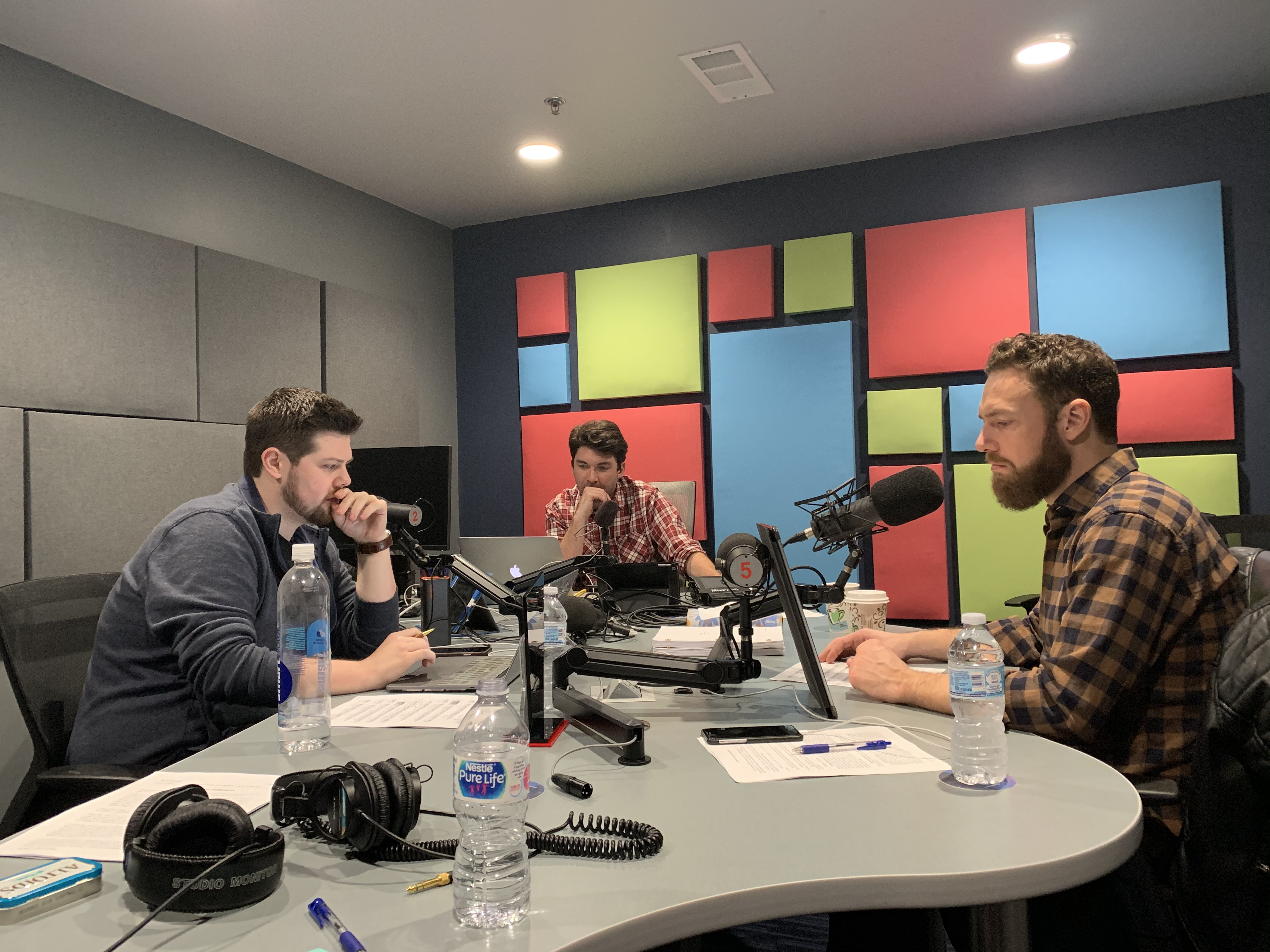 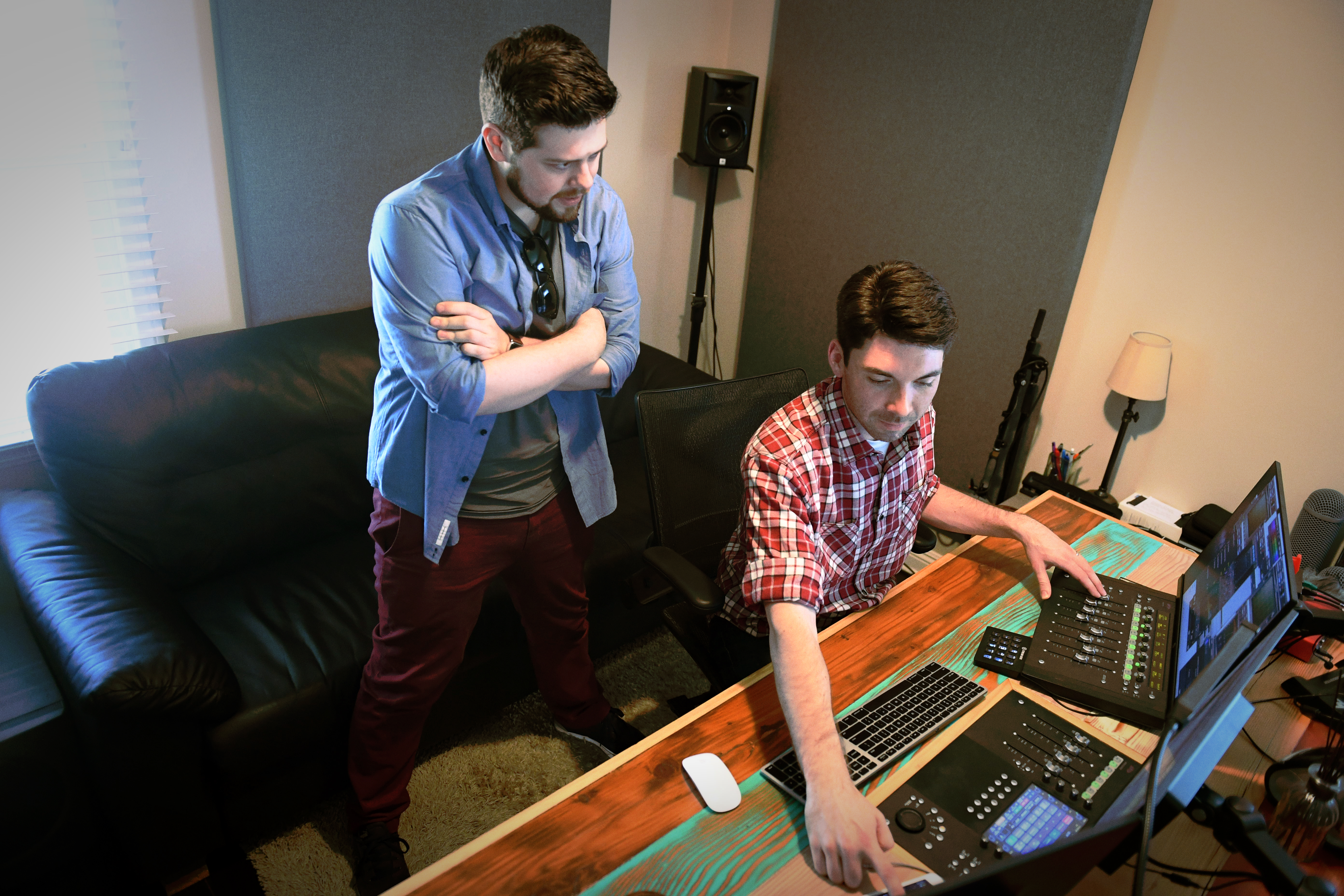 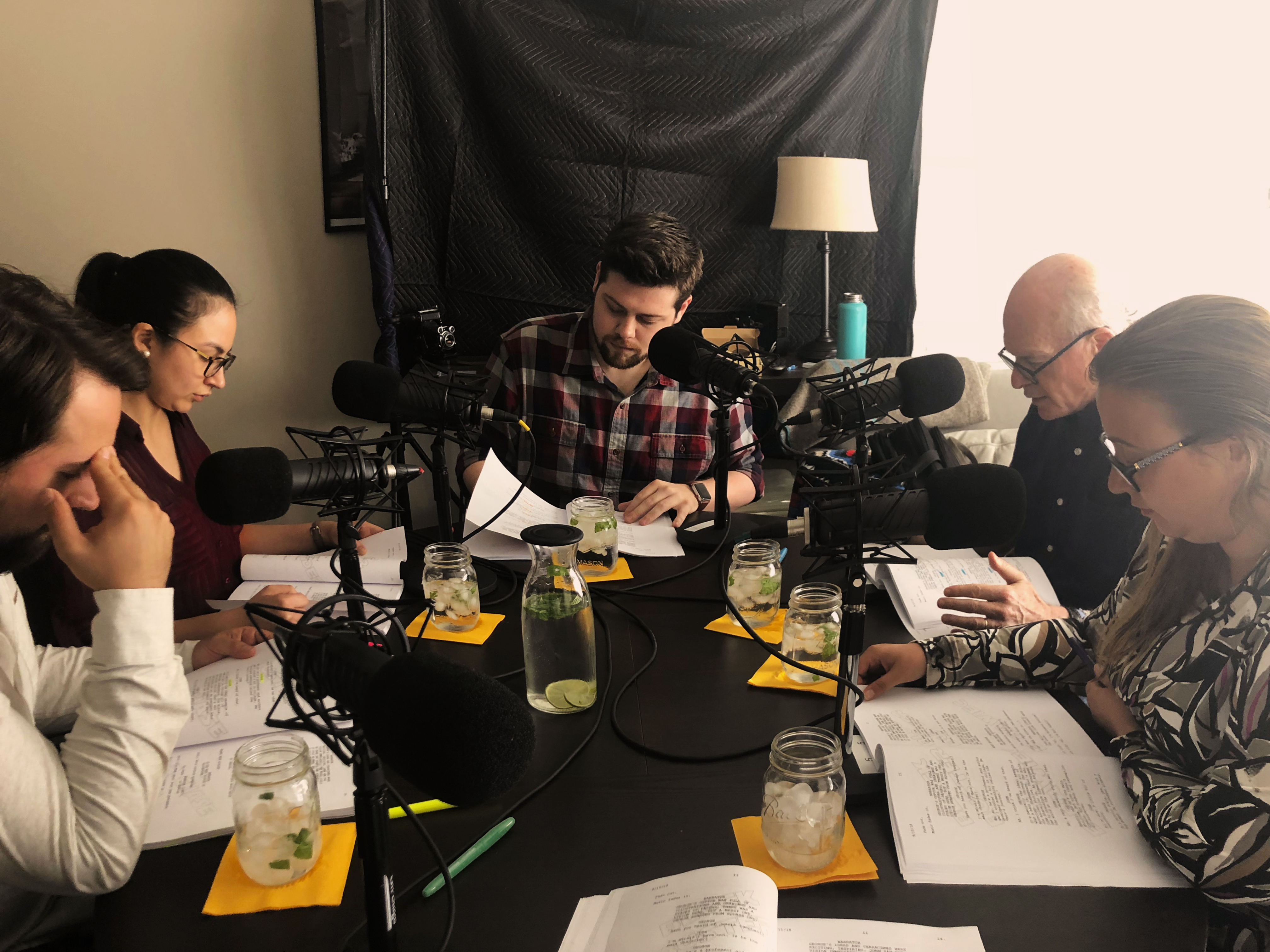 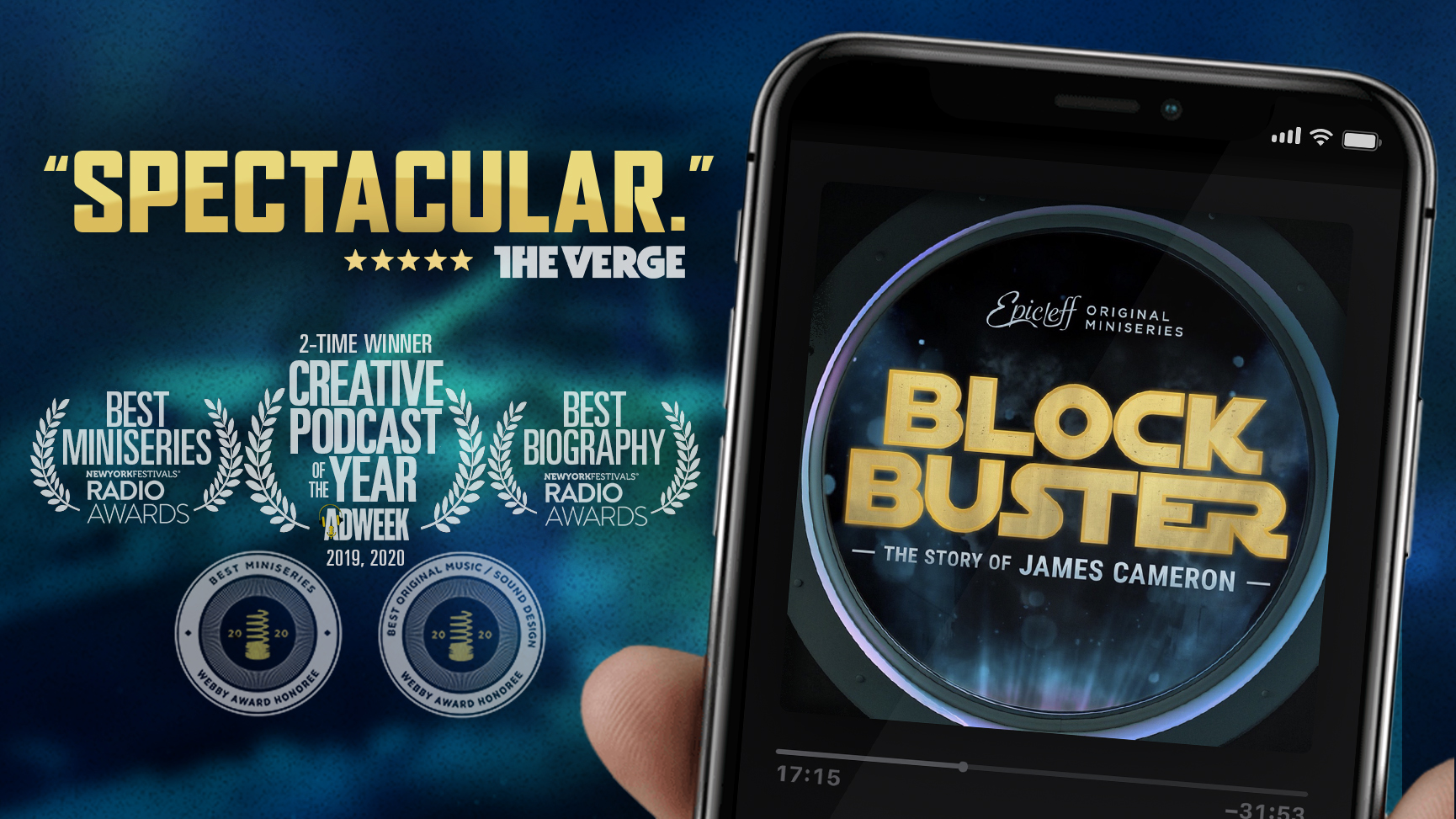