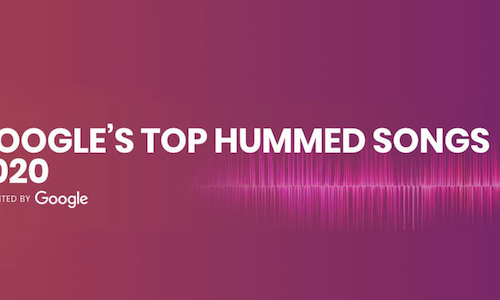 Billboard’s client, Google, makes hundreds of products used by billions of people across the globe, from YouTube and Android to Gmail and, most notably, Google Search. Google “Hum to Search” is a new feature within Google Search created for users looking for a turn-key way to search for and identify music without any existing information beyond the melody.

Google partnered with Google to promote a new Google feature called “Hum to Search” within the Google Search app. The feature allows people to hum/whistle/sing 10-15 secs of song into the app, and Google helps identify it.

For the campaign we leveraged the iconic Billboard Charts to showcase the power of “Hum To Search” with a branded chart. As Billboard’s year-end charts and content went live,

Google and Billboard partnered to create a disruptive moment around the launch of the “Top Hummed Songs 2020” Chart that ranked the most hummed songs of the year in the feature.

The campaign strategy was to create buzz and awareness of the new Google feature through a custom Billboard chart and surrounding Google assets directing fans to the “Hum To Search” feature in the Google app. The chart was further promoted with custom TikTok content from influencers like Rick Astley and Lele Pons and custom social promotion from Billboard’s channels.

The campaign goal was to drive awareness and press coverage of the Google “Hum to Search” feature to music fans, artists, publishers and critics. By ingesting Google data and creating a custom Billboard chart, Billboard shed light on the most searched for songs of the year and showcased the way innovative and playful tools like TikTok and Hum to Search are driving music discovery in new and exciting ways. The custom Billboard chart represented popular music in 2020 in a previously unseen way based on Google’s search data, giving both fans and critics new perspectives on the most important and popular music of the past year.

Billboard successfully drove awareness to Google’s new “Hum to Search” feature through a custom chart and social content, earning over 6 million video views, 527 million press impressions, and 38 million digital and social impressions. Talent partnerships with influencers such as Lele Pons, Rick Astley and Guaynaa further extended this reach to talent channels on TikTok, reaching music fans in an organic and meaningful way. The campaign’s social engagement rate was 50x Billboard’s benchmark, further proving the resonance of the content with our audience and successful promotion of the feature.