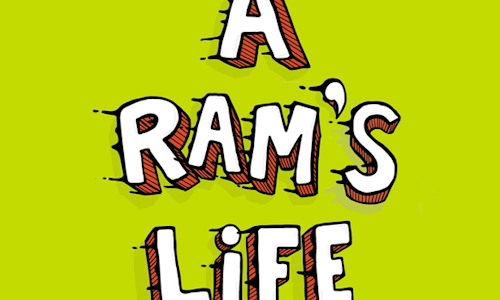 Jamie Ittershagen stands over her bathroom sink in animal-print pajamas to wash her face, laughing at the clutter of toiletries and makeup scattered on the counter. “Let’s pretend like there’s no mess,” she says.

The college student, who is bubblier than the soap she recently purchased on Amazon, has her hair pulled back into a messy ponytail as she explains her nightly skincare routine. “Pulling and tugging with a makeup wipe can be really bad for your skin,” she explains. “Also, like, the waste associated with them I’m just not a fan of.”

Jamie is not talking to her roommate back at college in a residence hall. She is talking to her camera, alone in her childhood home in Oregon over winter break. When she finishes applying her favorite face serum, she will create a five-minute video and post it to A Ram’s Life, Colorado State University’s student-run vlog on YouTube.

What do skincare routines and college marketing have to do with each other? More than you might think.

When CSU’s Social and Digital Media team began exploring the idea of a student-run vlog in 2019, The Chronicle of Higher Education posted an article titled, “Want to learn how the world sees your college? Look on YouTube.” The year prior, the Pew Research Center found that 85% of American teens use YouTube. When it comes to what online platforms Gen Z used most often, YouTube came in second.

When Gen Zers want to learn something, they go to YouTube. This includes learning about colleges they’re interested in attending. While CSU has had an active YouTube channel since 2009, the content wasn’t necessarily what prospective students were looking for. They are seeking out authentic examples of student life on campus.

Every university student follows a unique path in determining which college suits them best. At times, the decision can be easy based on the reputation of a specific program or the location of the campus. For some, it's not easy at all, and their final decision is based on one major factor -- which institution made them feel most at home.

"A house is not a home unless it contains food and fire for the mind as well as the body." - Benjamin Franklin

Of course, there's a university out there which offers your desired program of study at a price you can afford. That's food for the body. But what about the moments in a place that makes you feel like you belong -- as the person you were meant to be? That's fire for the mind. Anything less is simply a house, not a home.

We wanted to take college campus video tours and online information to the next level in order to help prospective students see CSU as their home. In order to get the attention of Gen Zers applying for colleges, we recognized we couldn’t rely on the same old tactics to do the job. So, we hired three student vloggers to roam around Fort Collins, camera in tow, and document life as a student at CSU to give teens around the world a glimpse into what being a CSU Ram was really like.

Our objective to use the vlog as a recruitment marketing tool came during a time when universities across the country were seeing a slow decline in student enrollment. Though we didn’t know at the time, A Ram’s Life vlog would become even more important in 2020 when the COVID-19 pandemic forced high school students to do even more of their college research online.

When we created the vlog, we knew three things.

First, we wanted the vlog to be student-run, with as few content restrictions as possible to ensure the content shared was authentic, but also in line with CSU’s brand. We didn’t want students to watch the videos and hear the university talking back at them. We wanted them to hear from their peers and see the entire college experience: the successes, the fails, the fun moments and the hardships.

Second, we wanted to have consistent vloggers, rather than different students posting videos in a “takeover” style that is popular on Instagram. Filming your daily life on a regular basis is a lot like writing in your diary and publishing it on the web for everyone to read. It's a personal form of communication that lets viewers live life vicariously through the creator's experiences, often resulting in a strong sense of attachment from the viewer toward the producer. A key to a vlogger's success is to create a pseudo-friendship with their viewers, revealing intimate details of their own life while referring to their audience in the second person. This develops a sense of familiarity that keeps audience members coming back for more, even though the video creator knows no details of the individual members' existence. This parasocial relationship is the foundational core that leads to a vlogger's success.

Last, we wanted the vlog to live on its own YouTube channel separate from CSU’s YouTube channel, with its own branding, and have its own style. A Ram’s Life features vibrant colors, based on CSU’s secondary and tertiary color palette. Rather than the same traditional CSU green and gold, the alfalfa green and Aggie orange provide a more relaxed and youthful appearance, while still fitting within CSU’s brand. Video thumbnails fall in line with vlogger-styled graphics, and the video titles and descriptions follow the same laid-back approach.

Once A Ram’s Life was created, we put a call out for auditions through CSU’s Instagram and Twitter accounts, and the CSU Social blog in the summer of 2019. We asked interested applicants to provide an audition video detailing why they wanted to be a CSU vlogger and describe what type of content they would share. Interestingly, the majority of audition videos were submitted by incoming students -- students who had not yet taken their first class at CSU, but knew the importance of YouTube based on their own experience researching universities.

Our three vloggers -- Jamie, Grace and Ryan -- began creating content in 2019, posting once a week. From move-in to the first day of classes to cooking mac and cheese to getting a tattoo, the students shared everything about their college experience with viewers.

In March 2020, CSU moved to distance learning due to the COVID-19 pandemic. Campus tours and college visits were canceled, and CSU was turning to digital marketing more than ever to not only share the CSU experience with prospective students, but to also explain what student-life was like during the pandemic. Jamie, Grace and Ryan continued vlogging through it all, providing an unfiltered view of their experiences. Jamie and Grace, who were living in the residence hall, were finishing their first year back at home with their parents. Ryan, a senior, was wrapping up his college education from his apartment off campus. During a time when prospective students couldn’t visit campus due to COVID-19, our vloggers gave an inside look at what student life was like.

When we launched A Ram’s Life, CSU was one of the only universities with its own vlog run by students. The vlog was an experiment that we hoped would be successful and provide a deeper and authentic view of student life at CSU.

Since launching the vlog in 2019, A Ram’s Life has gained more than 12,000 subscribers, has 2.1 million video views and nearly 19 million impressions. The Denver Post featured CSU’s vlog in a 2019 article, sharing our strategy and process, and the importance of vlogging and YouTube in higher education.

The best results, however, came from the videos that have connected with prospective students to help them make the big decision to come to CSU. Countless viewers have reached out to the vloggers to learn more about CSU, others have committed to CSU, and one (that we know of) even transferred from her New York college to CSU.

Our vloggers -- Jamie, Grace, Ryan and now Alex -- have shared some of the most intimate moments of their college experience in order to help future Rams find their home at CSU. The experiment worked. 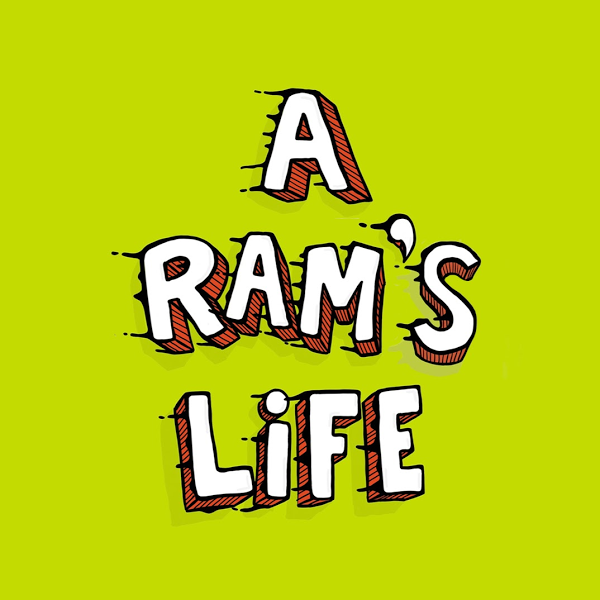 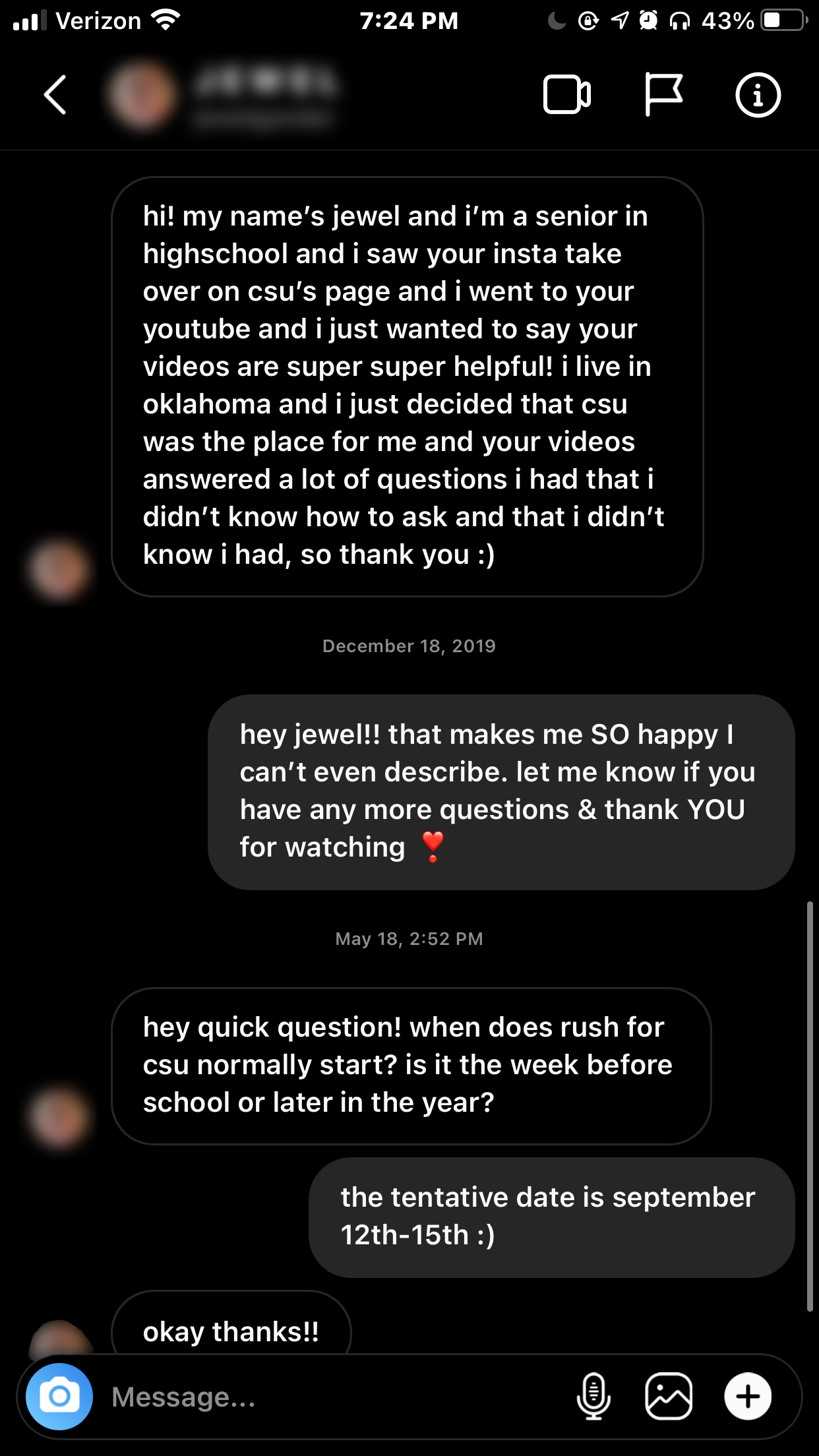 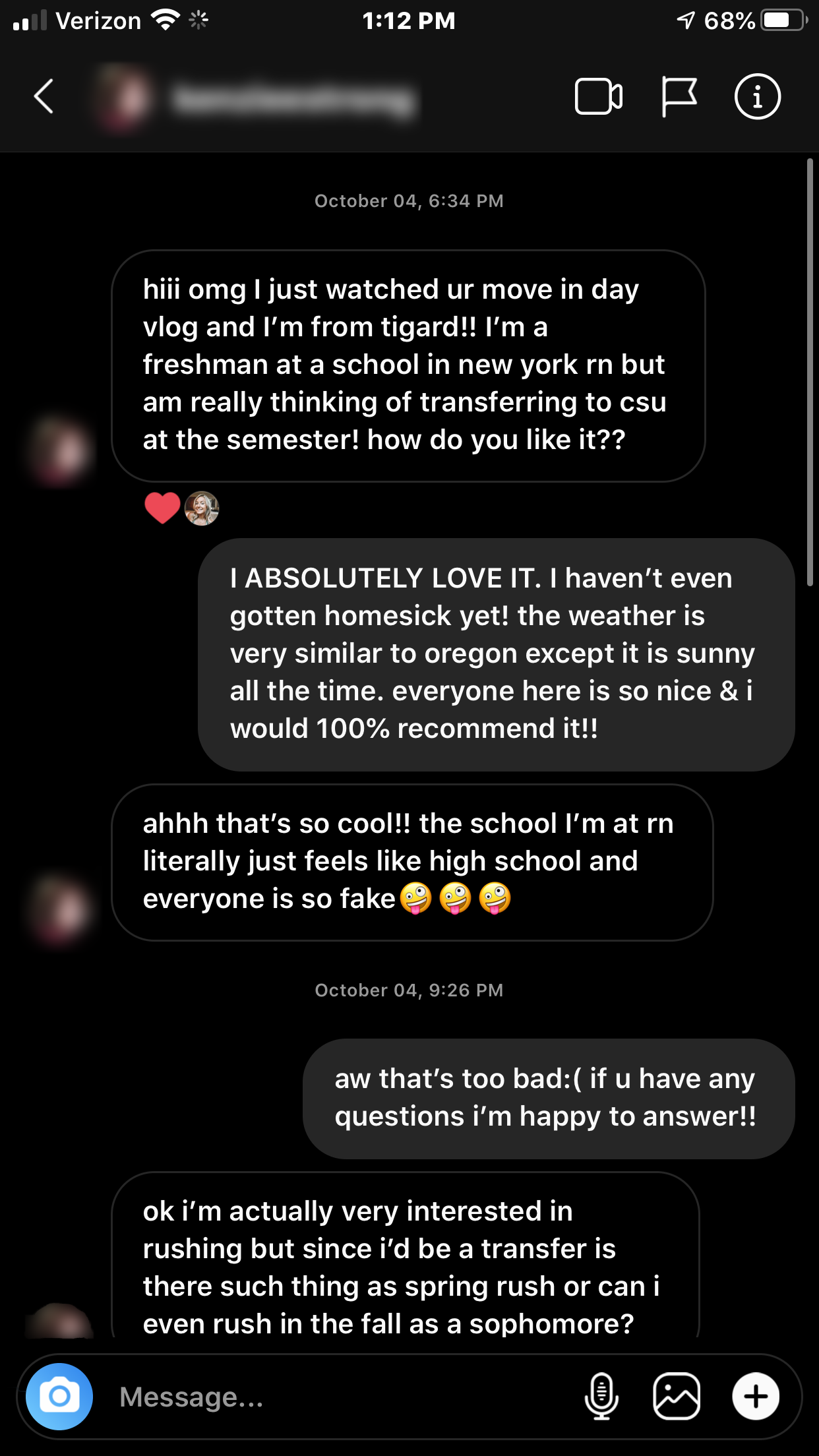 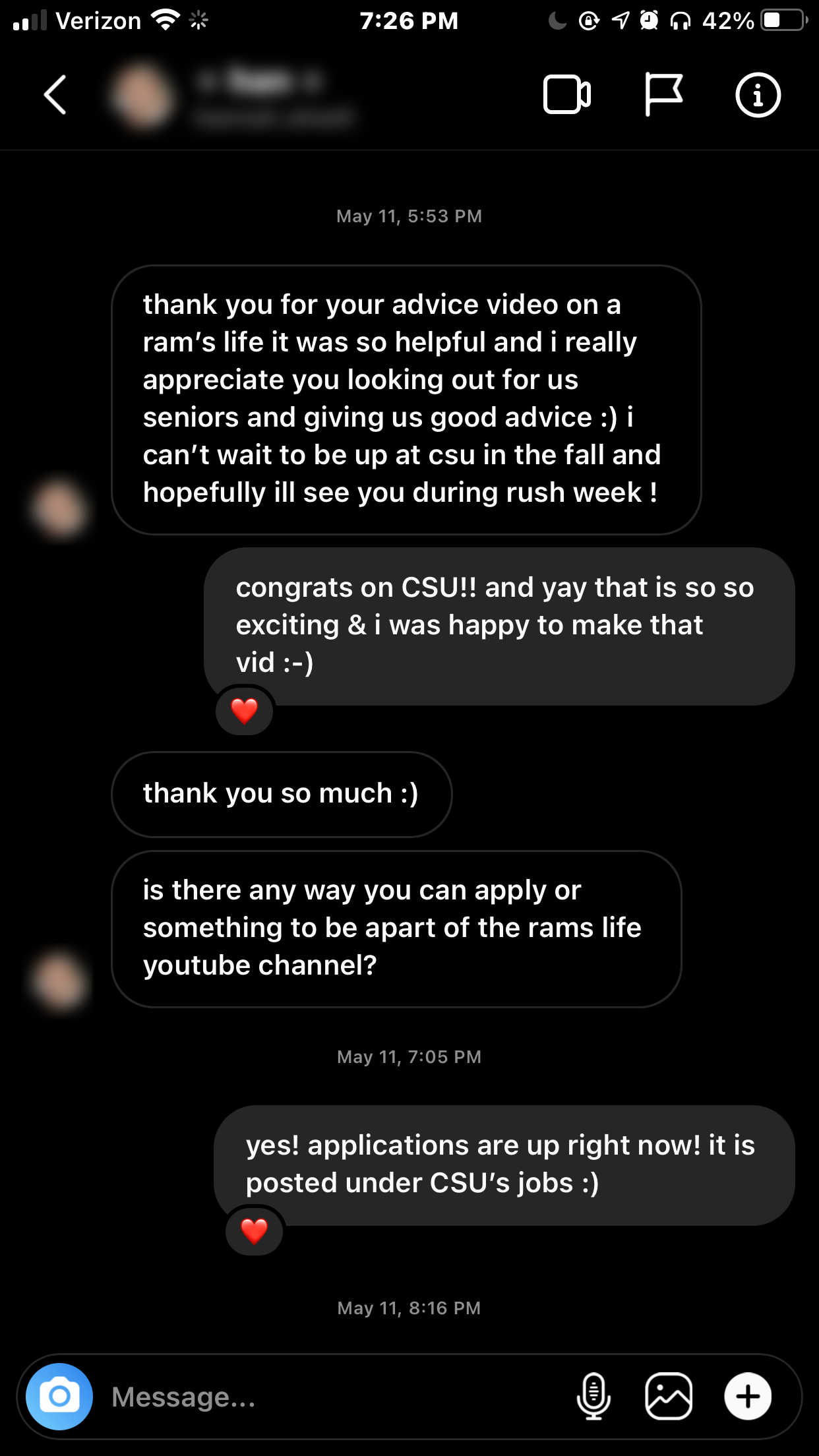 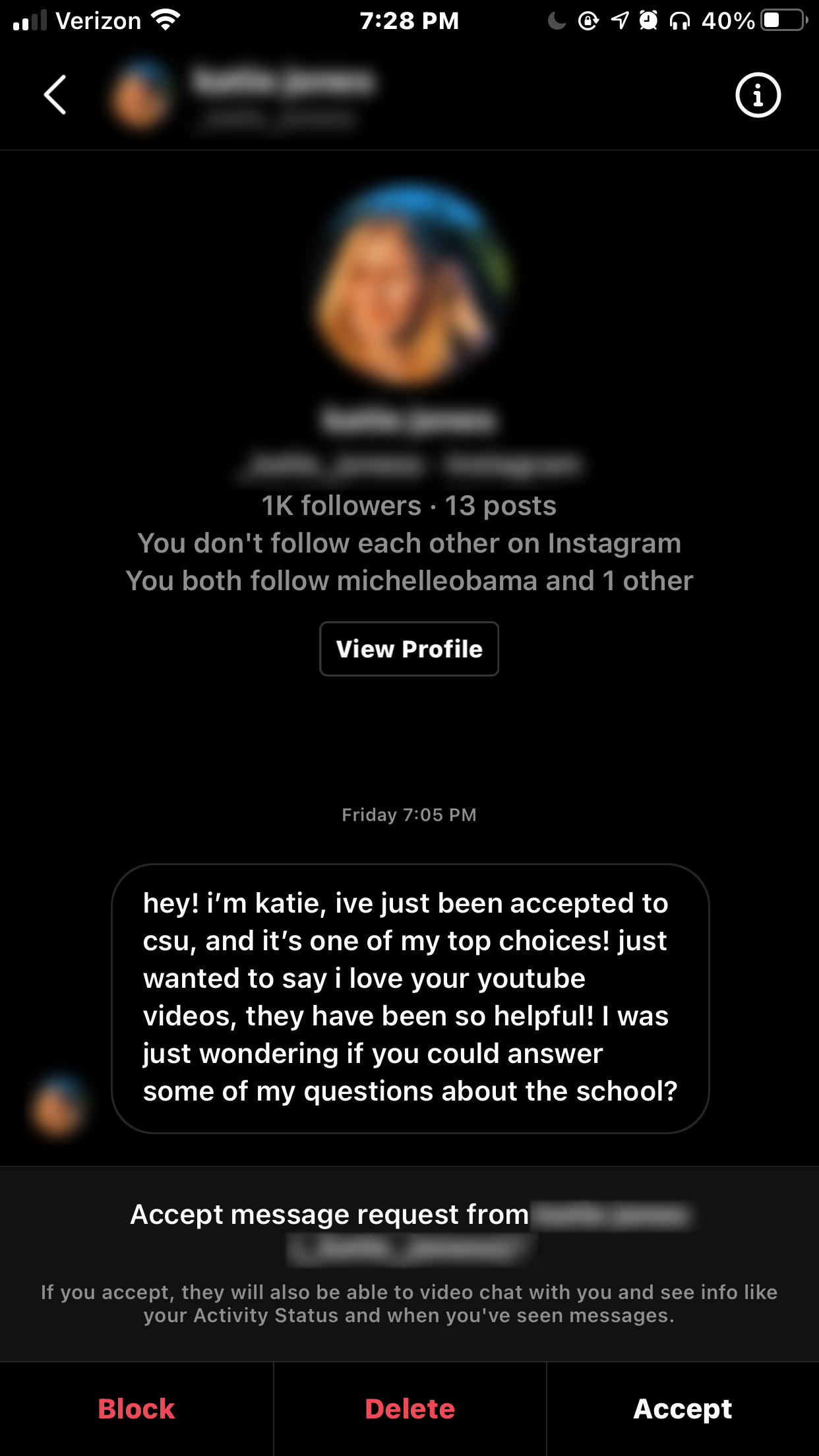 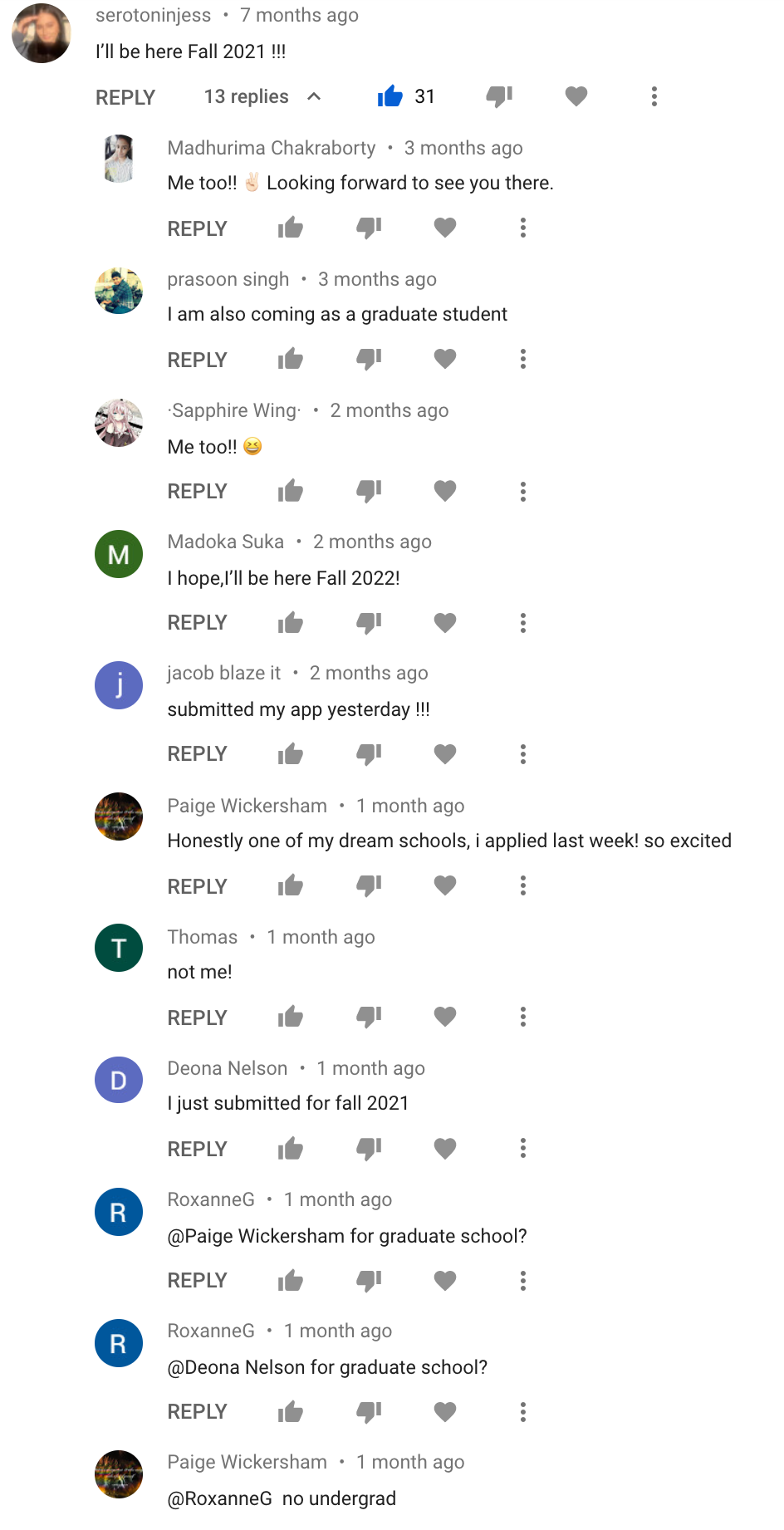