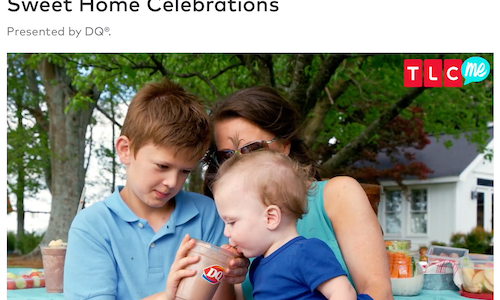 TLC + Dairy Queen with The Waldrops

In 2019, TLC partnered with Dairy Queen to create the #EverydayCelebrations campaign. The campaign sought to leverage the excitement of summer to promote Dairy Queen’s new sweet treats for the season, specifically, the moments big and small that bring people together and generate lasting memories. The #EverydayCelebrations campaign positions DQ as the go-to place for celebrating life’s everyday moments, engaging TLC fans while also getting them in the mood to enjoy Dairy Queen’s delicious new offerings.

Dairy Queen and TLC partnered on #EverydayCelebrations, a multi-platform campaign that positions Dairy Queen as the go-to place for celebrating life’s everyday moments and victories. The campaign included a 4-part custom digital video series featuring the Waldrop Family of TLC’s “Sweet Home Sextuplets” as they turn everyday summer moments into lasting summer memories, all while featuring Dairy Queen’s delicious creations. The four digital episodes show the family participating in everything from scavenger hunts to bowling to sidewalk chalk adventures and went live on TLCme.com. They were promoted in Facebook and Instagram posts, linear spots and Discovery’s first-ever Instagram Story ad. The videos highlighted Dairy Queen’s new Chocolate and Strawberry Cake Shakes as part of the Waldrop’s post-activity celebrations, framed as the perfect way to cool down on a hot summer day spent with family.

The #EverydayCelebrations campaign continued with one behind the scenes Instagram Story on TLC’s brand handle, one Instagram Carousel Story ad and a sponsorship on TLC GO.  On linear TLC, there was one 30-second #CelebrationGoals spot and three in-program messages. The campaign also included linear promotion across four other Discovery networks: Discovery Channel, Science Channel, Animal Planet and Investigation Discovery. Custom 10-second billboards aired on each network, including TLC, from May to July. Additionally, when watching “Sweet Home Sextuplets” on TLC GO, viewers would have limited commercial interruption thanks to Dairy Queen. 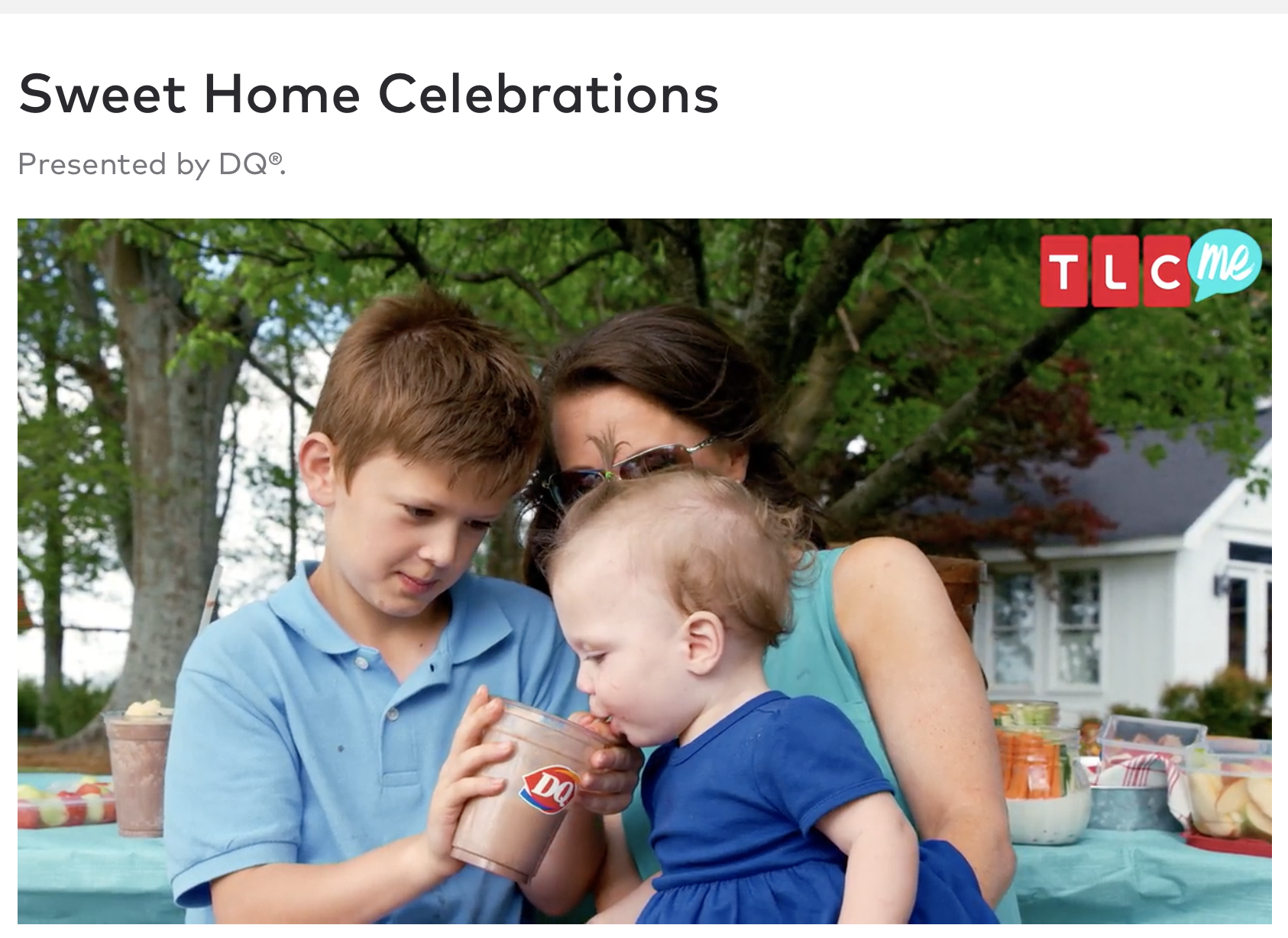