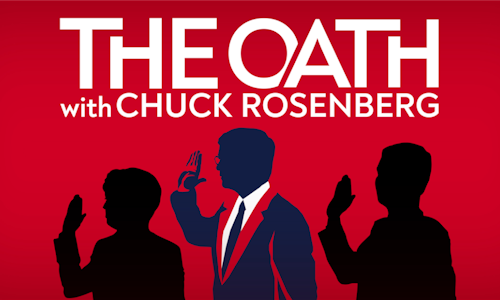 On the heels of the podcast’s successful first season, we wanted to continue the momentum while introducing listeners to the Season Two guests, many of whom don’t have the same name recognition as some of the previous season’s guests, such as James Comey.  In order to do this, we leaned into the major thread connecting all guests, past and present, as well as host Chuck Rosenberg -- the fact that each has taken a sworn oath which transcends politics and party.  They are all apolitical, with a singular agenda to protect and defend our country’s highest ideals and the U.S. Constitution.  Throughout their careers in the public sector, law, and government, they played critical behind-the-scenes roles in major events that have shaped our country’s history.  In this podcast, guests reveal the experiences that shaped them, what drew them to their fields, and what keeps them up at night.  Their perspective on historical events gives us critical insight and a better understanding of American history.

The campaign aimed to reflect the overarching theme of the series: upholding the values and duties of institutions vital to American democracy.  And by spotlighting a unique portion of each week’s conversation, we showcased the kinds of insider perspectives and historical lessons listeners could expect from the podcast.

Our strategy for marketing Season Two of the MSNBC original podcast, The Oath with Chuck Rosenberg, was to embody the tone of the conversations that make up the series:  smart, illuminating, straight-from-the-source, stimulating, and contemplative.  In updating the series artwork for Season Two, we looked to underscore the gravity and importance of the oath each guest has taken during their career.  We paid tribute to the act of taking the oath by visually featuring individuals in the process of doing so, with their right hand raised, in all campaign creative.  The visual representation of the sworn oath gave the act its due honor and drew attention to the moral compass and integrity shared by each guest on the podcast.

Initial topical promotion focused on the first episode in Season Two, featuring Rob Spencer, who led the team that prosecuted Zacarias Moussaoui after the September 11th attacks.  This episode premiered the week of September 11th, 2019, and so the tie-in to the present was organic.  Similarly, for other episodes where an editorial hook presented itself, we leaned into the timeliness of the content to offer a fresh perspective on current events from a leading voice that helped shape a past event in American history.

Rave reviews from our listeners...

"Thank you to Chuck, your team, and your guests. What a refreshing breath of fresh air during these difficult, frustrating, and confusing times!”  -Stitcher listener

“This podcast has opened my eyes to the great men and women who truly love this country and have spent their careers proving that love. Very inspiring. Can’t wait for the next great interview.”  -Apple Podcasts listener

“This podcast is a gift. If you want a thoughtful, intelligent discussion with interesting people, this is for you. Mr. Rosenberg is incredibly well-prepared and has a knack for drawing his guests into a full, engaging discussion. He and his guests would be great dinner companions: I feel like we are having a quiet conversation about crucial issues. Wonderful!”  -Apple Podcasts listener

“Better than five stars. Important, fascinating and very well produced. The guests interviewed are so interesting and important although they may not be well known.”  -Apple podcasts listener

“I listen to dozens of podcasts every month and yours is the best of the best! Please keep your thoughtful interviews coming.”  -Apple Podcasts listener

Video for The Oath with Chuck Rosenberg - Season Two 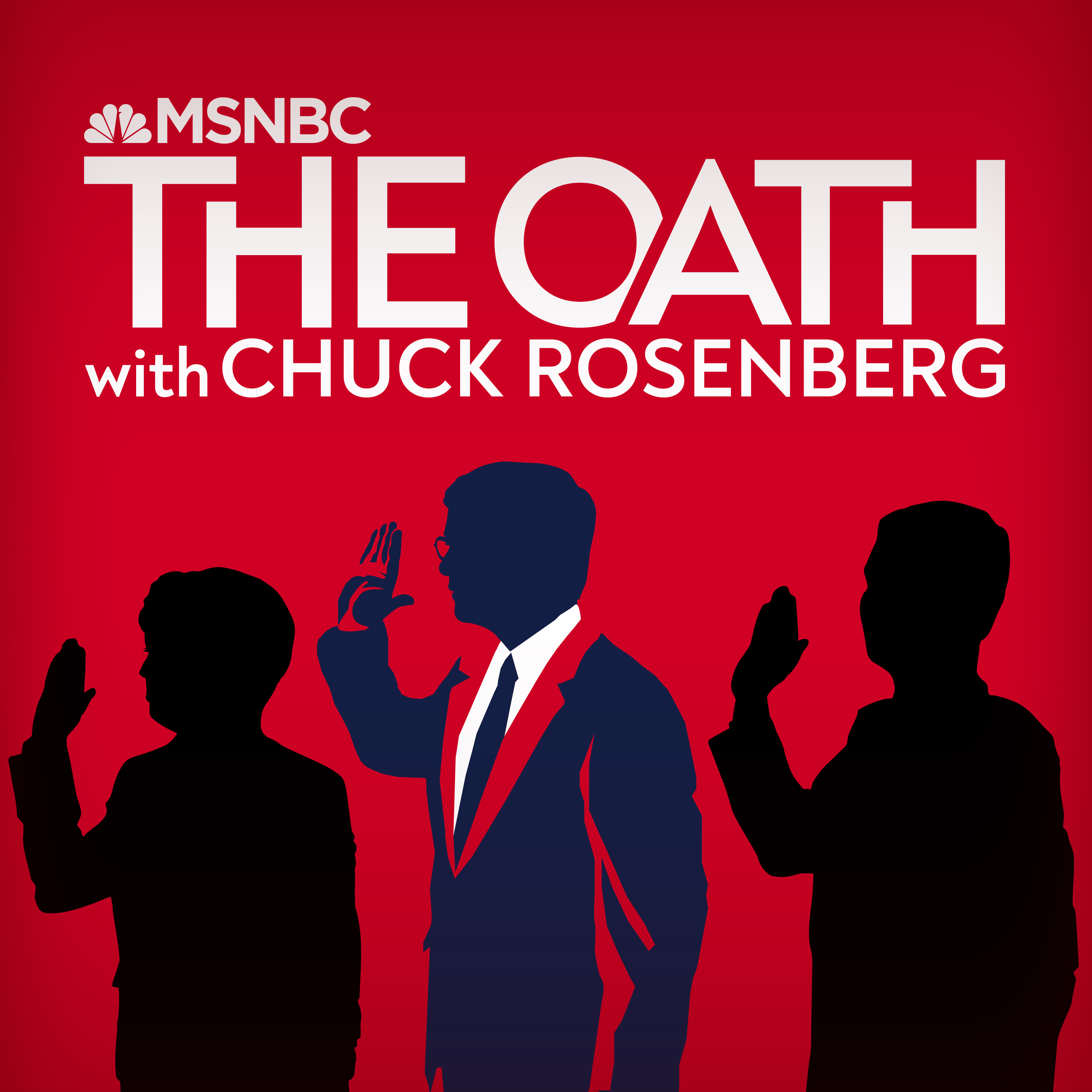 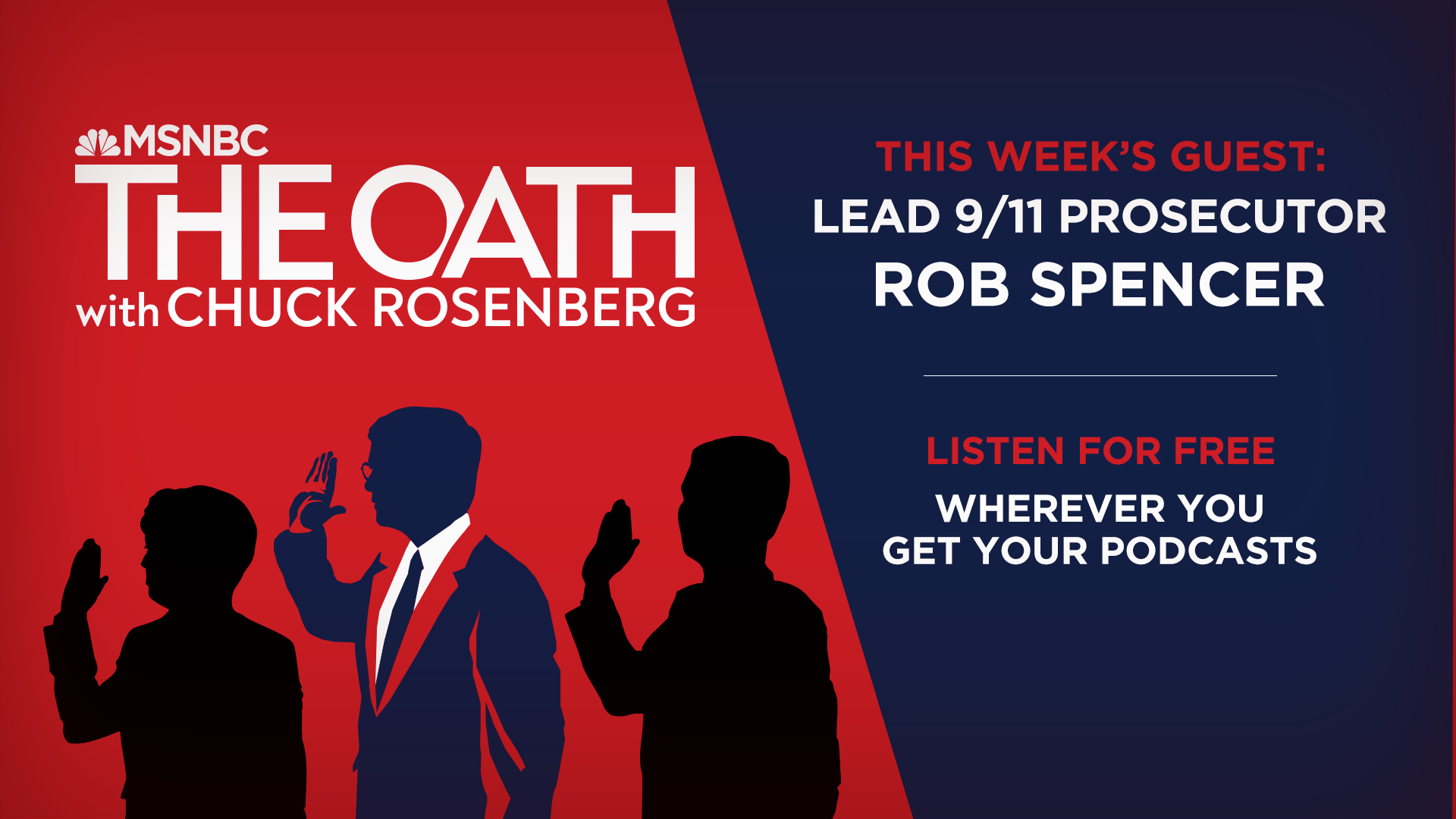 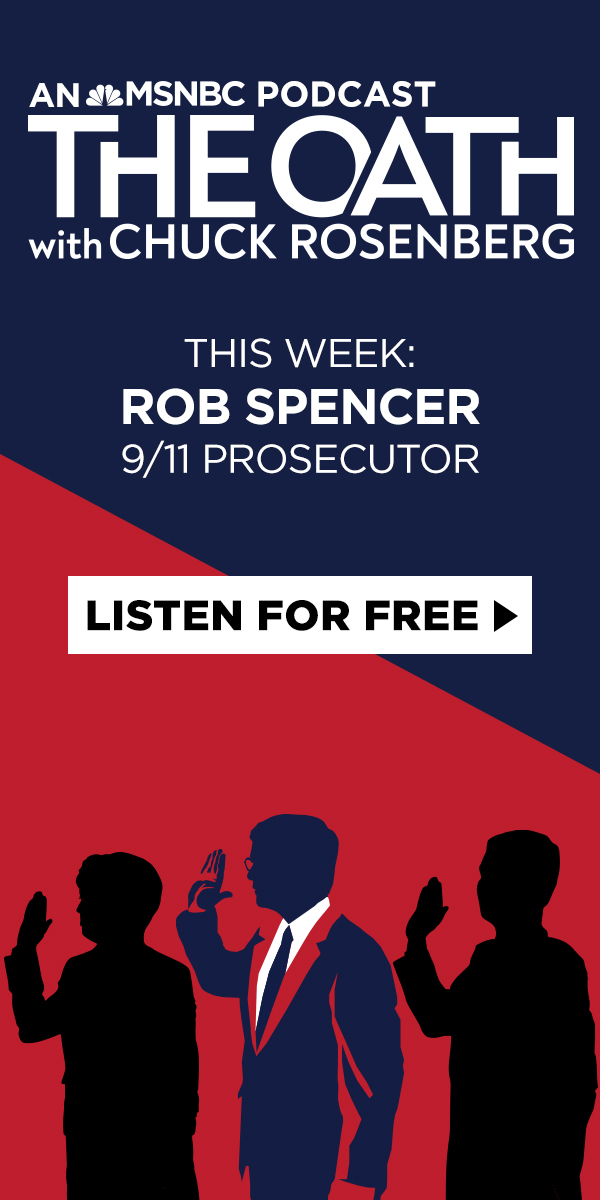 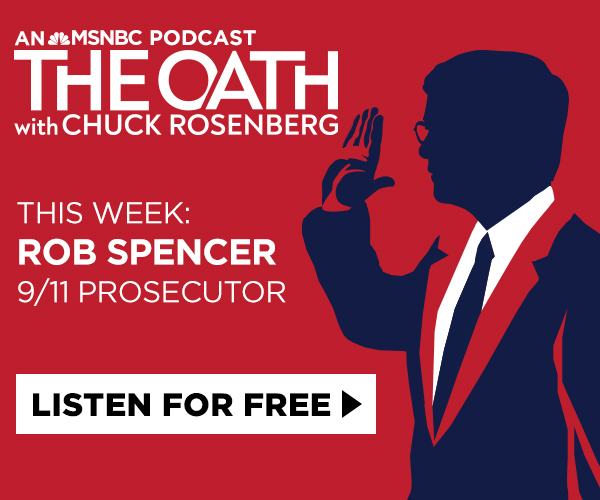 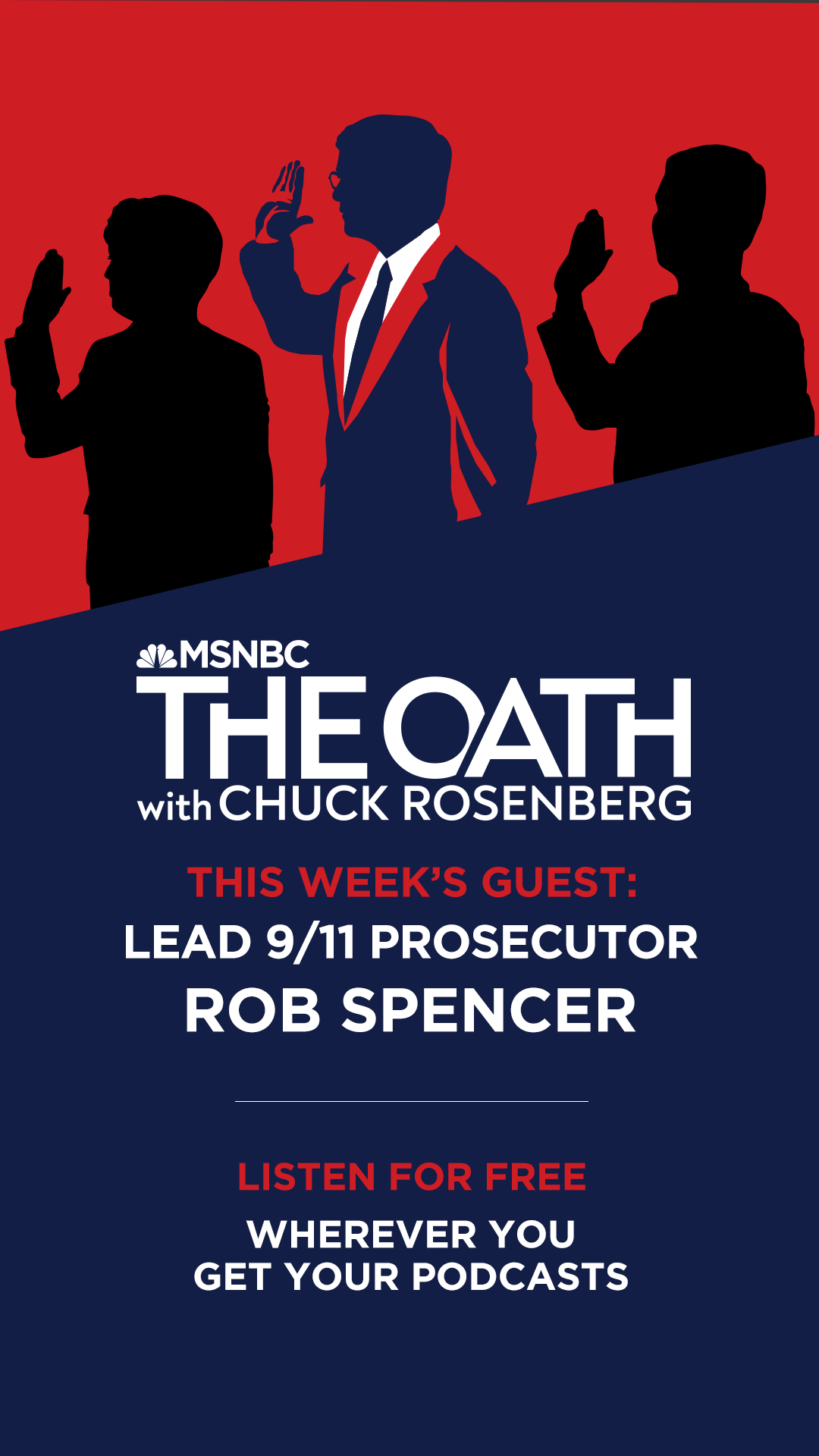 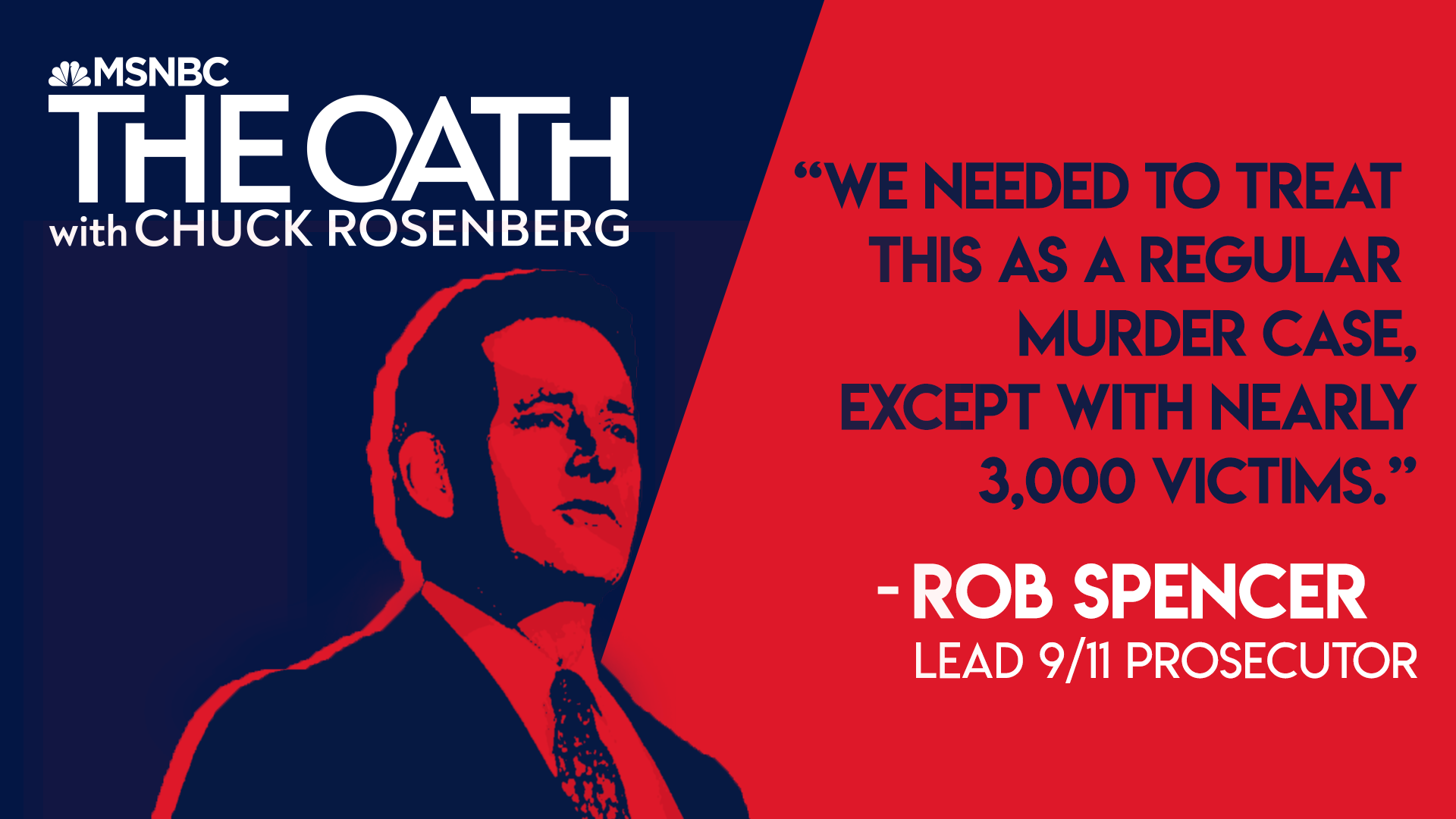 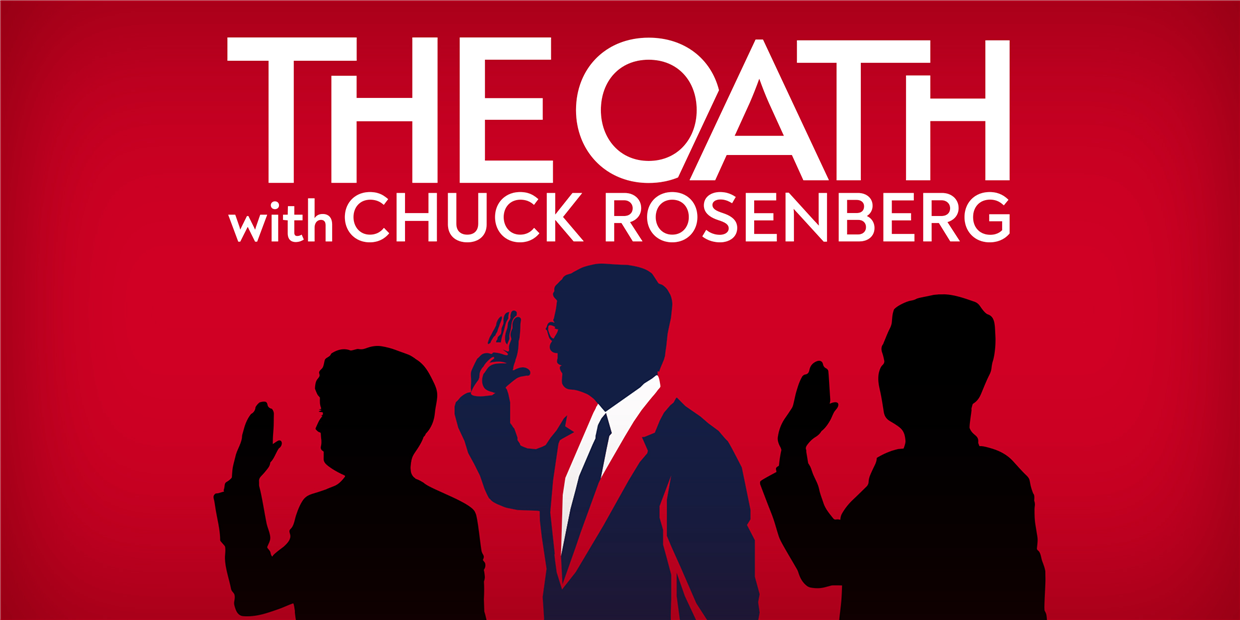