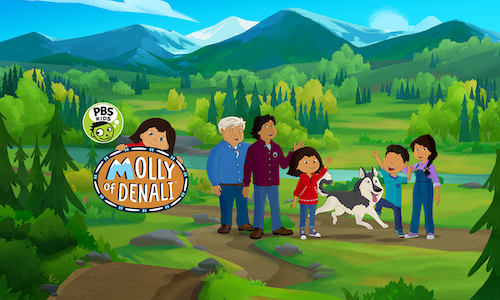 The Molly of Denali Podcast

The Molly of Denali Podcast is a show for kids that follows the fictional story of Molly Mabray, a 10-year-old Alaska Native girl, as she solves the mystery of her missing birthday cake. The podcast expands the world of the hit PBS KIDS TV show, Molly of Denali, bringing traditional Alaska Native storytelling, languages, and values to kids in a format that encourages kids to imagine Molly’s adventure in their minds. Our goal was to make The Molly of Denali Podcast as authentic and accessible as possible. The podcast features Alaska Native voices in all aspects of production, from story development to voice talent. The podcast was produced in coordination with Creative Producer, Princess Daazhraii Johnson, who is Neets’aii Gwich’in, as well as a group of Alaska Native advisors to ensure that it authentically represents Alaska Native culture and values. The series is the first nationally distributed kids’ show in the U.S. to feature a Native American lead. All Indigenous characters are voiced by Indigenous actors, including Molly, voiced by Alaska Native, Sovereign Bill. In order to ensure that the podcast was accessible to Alaska Native families, and indigenous families generally, the podcast was creative in its distribution efforts. This included reaching areas where Internet access is harder to come by broadcasting on terrestrial radio, creating social videos about how to access a podcast for podcast newbies, and experimenting with video distribution to meet young families where they’re already getting their content.

Our goal was to introduce the Molly of Denali world through a new medium in the most authentic and accessible way possible. Podcasting for children provides a unique opportunity to reach not only kids but entire families. However, the audio was just an entrée into a whole Molly universe where we aimed to engage families around Alaska Native traditional storytelling and language and culture.

“It means so much to finally have this sort of representation. I didn’t grow up seeing myself represented in film and television and I definitely didn’t see positive depictions of Native people,” Creative Producer Princess Daazhraii Johnson told the Huffington Post.

At the center of the podcast is Molly Mabray, whose 10th birthday is quickly approaching. Listeners hear the rollicking story of how her dog Suki charged into Molly’s life and became a part of her family, which all started when Molly’s birthday cake went missing. In the first episode, Molly sets out to solve the case of the missing cake with the help of a mysterious raven. The raven is a prominent figure within many traditional Alaska Native stories. In fact, traditional stories and storytelling are woven throughout podcast episodes through Molly’s grandfather, Grandpa Nat.

Alaska Native languages were another important element in the podcast.  Molly and her family and friend Tooey use many Gwich’in and Koyukon Athabascan words and phrases throughout the story. One listener, Coral Madge, said: “This podcast is amazing. I’m dehcho dene and when I listened to the first episode and in the theme song Molly says “mahsi cho let’s go” and it’s the first time I’ve heard my language in a setting outside family and language classes. I started to cry.” We created audiograms on social to introduce these Alaska Native vocabulary words, which proved to be very popular. We also responded to listener comments and requests and created a Double Strawberry Birthday Cake recipe for social users so that they could create the cake Molly’s family makes in the podcast.

The podcast was distributed in a number of unique ways to expand its reach. These included radio broadcasts for areas where Internet access is harder to come by, social videos that explained how to access a podcast, video distribution on apps and YouTube to meet young families where they’re already getting their entertainment content. To reach Alaska Native children with stories in which they can see themselves, the podcast partnered with Alaska Public Media to broadcast an episode weekly over the summer of 2019. The podcast was also distributed to meet families where they already consume media, on YouTube and the PBS Kids video app.

Because we were introducing the medium of podcasting to many young families, we created a “How to Listen to a Podcast” video and Instagram story where kids showed their parents how to download and listen to the Molly of Denali Podcast. We also utilized the amazing animation stills from the Molly of Denali TV show to create engaging audiograms on YouTube and Facebook.

The response to the podcast and our success in reaching a broad array families across the United States and Canada was overwhelming. The Molly of Denali Podcast reached families in 207 metro areas in every state across the United States. Additionally, highlighting the podcast’s focus on representation, we had thousands of downloads on podcast apps in each of the top ten metro areas with the highest concentrations of Native American families and hundreds of comments and reviews from indigenous listeners expressing how much the podcast meant to them. Our experimentation with social/digital video distribution on YouTube and the PBS Kids App paid off. Listens on these platforms outweighed our listens on podcast apps. We more than quadrupled our listenership, with more than 2 million listens across 8 episodes in May-December of 2019. The podcast has proved so successful, with such an outcry on social media for more, more, more that we’re currently in development of second and third seasons.

Video for The Molly of Denali Podcast 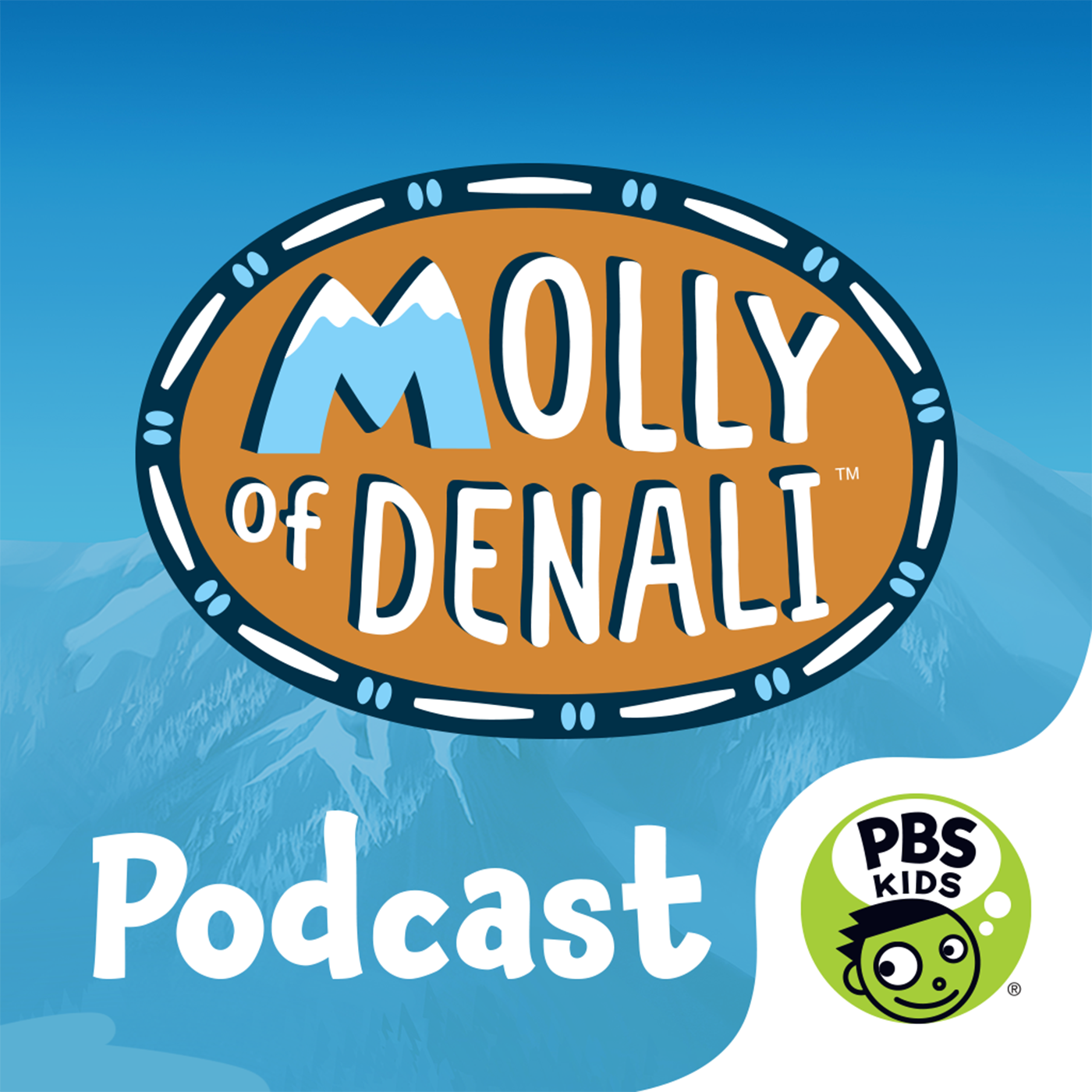 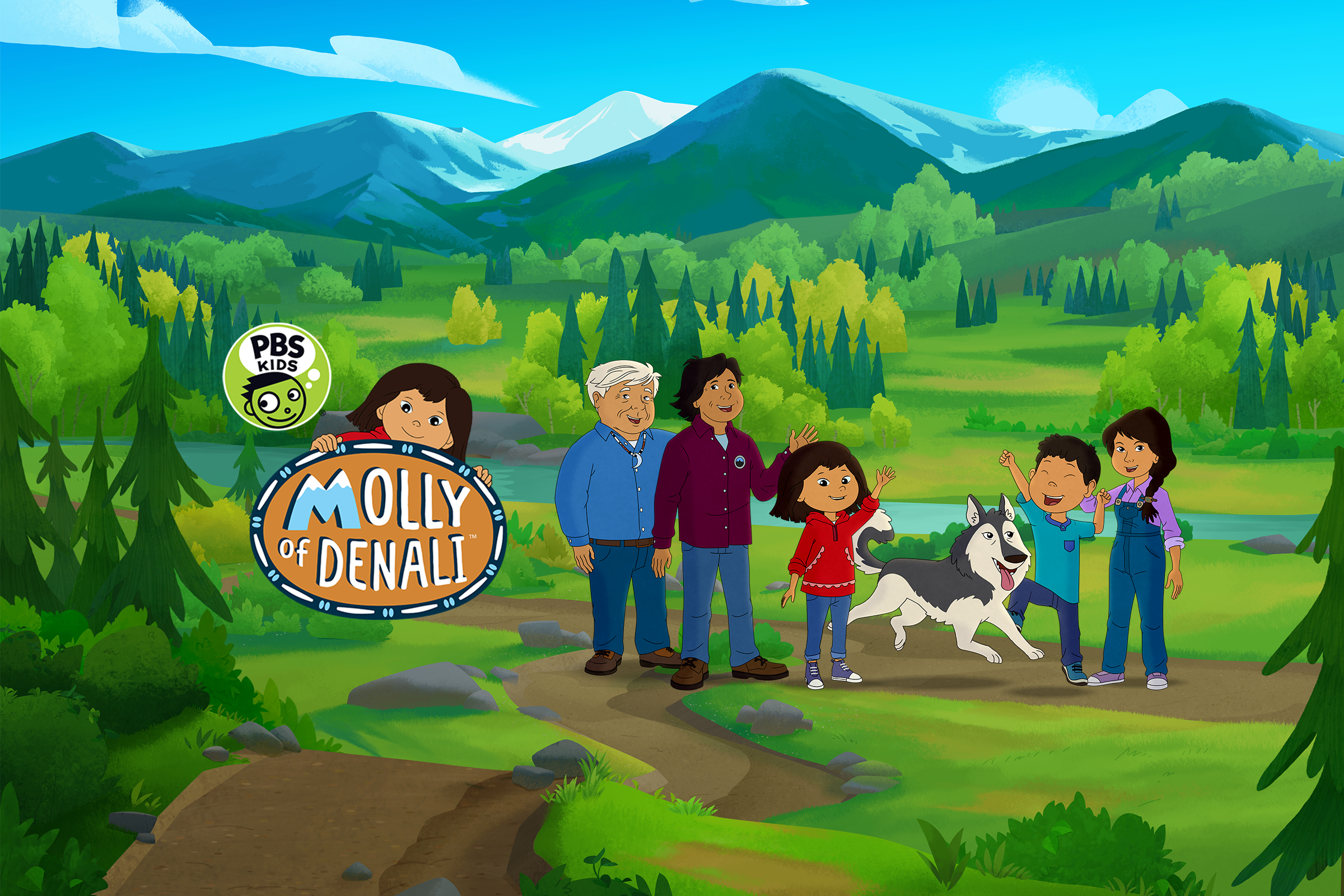