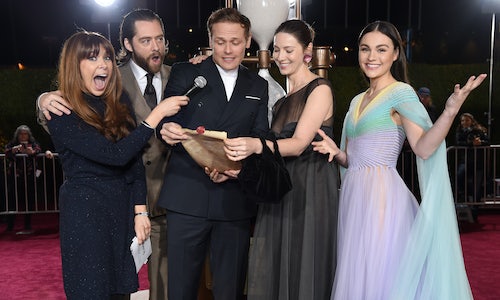 After 4 seasons of cultivating such a dedicated and passionate fanbase, STARZ wanted to celebrate and reward the Outlander clan with something truly valuable. Something that showed our fans that we see them and are grateful for their ongoing devotion to this original series. Most of all, something as unexpected, dramatic, and fantastic as Outlander itself.

We pulled out all the stops for our Season 5 premiere red carpet event, first opening the guest list to our lavish Hollywood screening and panel with the cast and crew to as many fans as we could (while minding the venue's tragically dull safety protocols). But that wasn't enough. So we partnered with super fan, Glamour's Jessica Radloff to live stream both the red carpet and panel for fans at home who didn't have access to standing stones with which to travel to the premiere themselves.

Here's where the true magic begins. Throughout the Facebook Live, time was was marked by a giant hourglass in the center of the red carpet, teasing something exciting to come. When the sand ran out, the iconic Skye Boat Song played, the hourglass turned itself over and the sand stopped running altogether, letting us travel through time. As Caitriona Balfe, Sam Heughan, Sophie Skelton, and Richard Rankin gathered, a scroll was produced by the hourglass and read aloud to the fans at home, letting them know that the Season 5 premiere episode would be available to everyone several days early, that night at midnight!

This epic announcement resulted in the most time viewed of any Outlander video on social media and drove incredibly strong app viewership throughout premiere weekend. 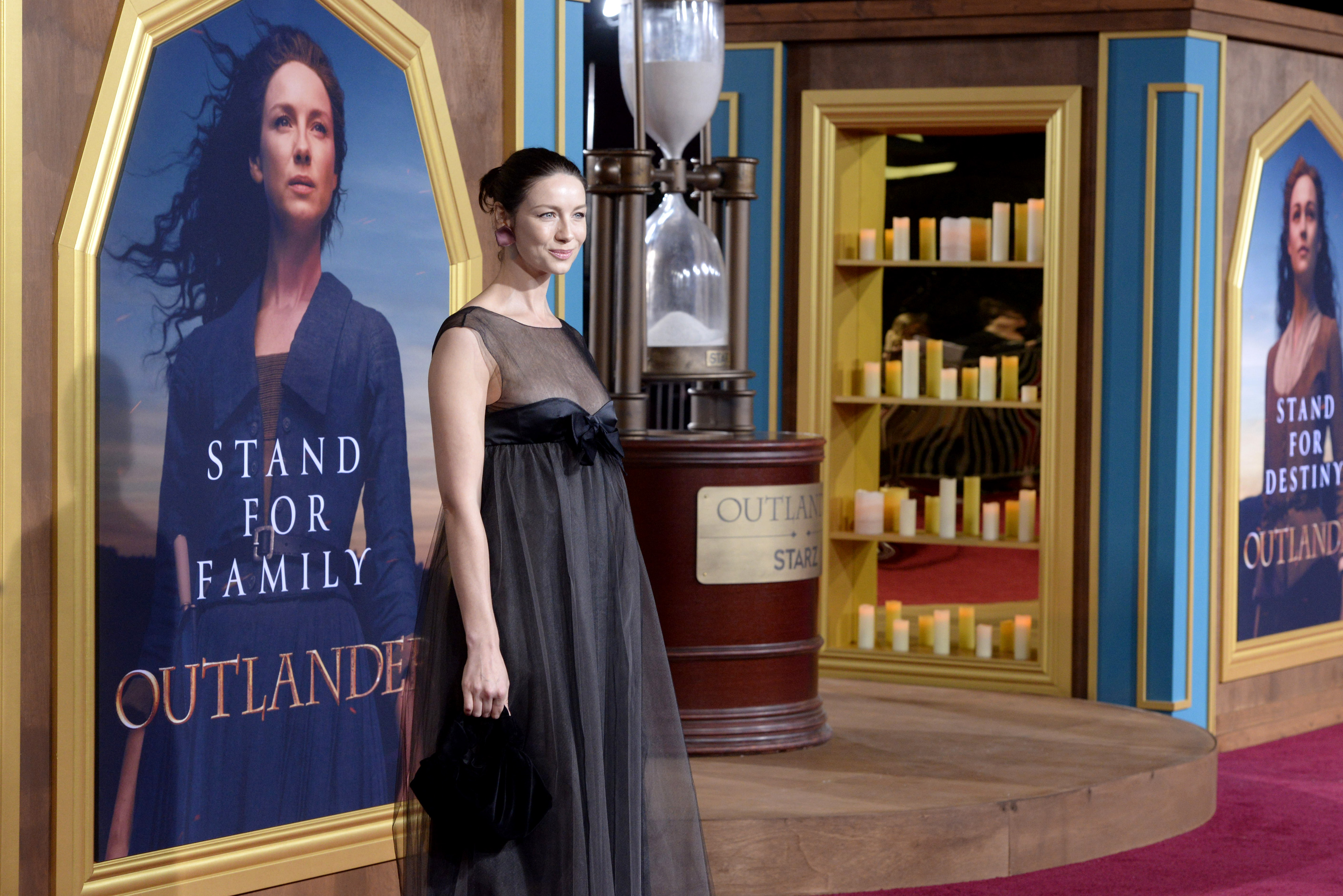 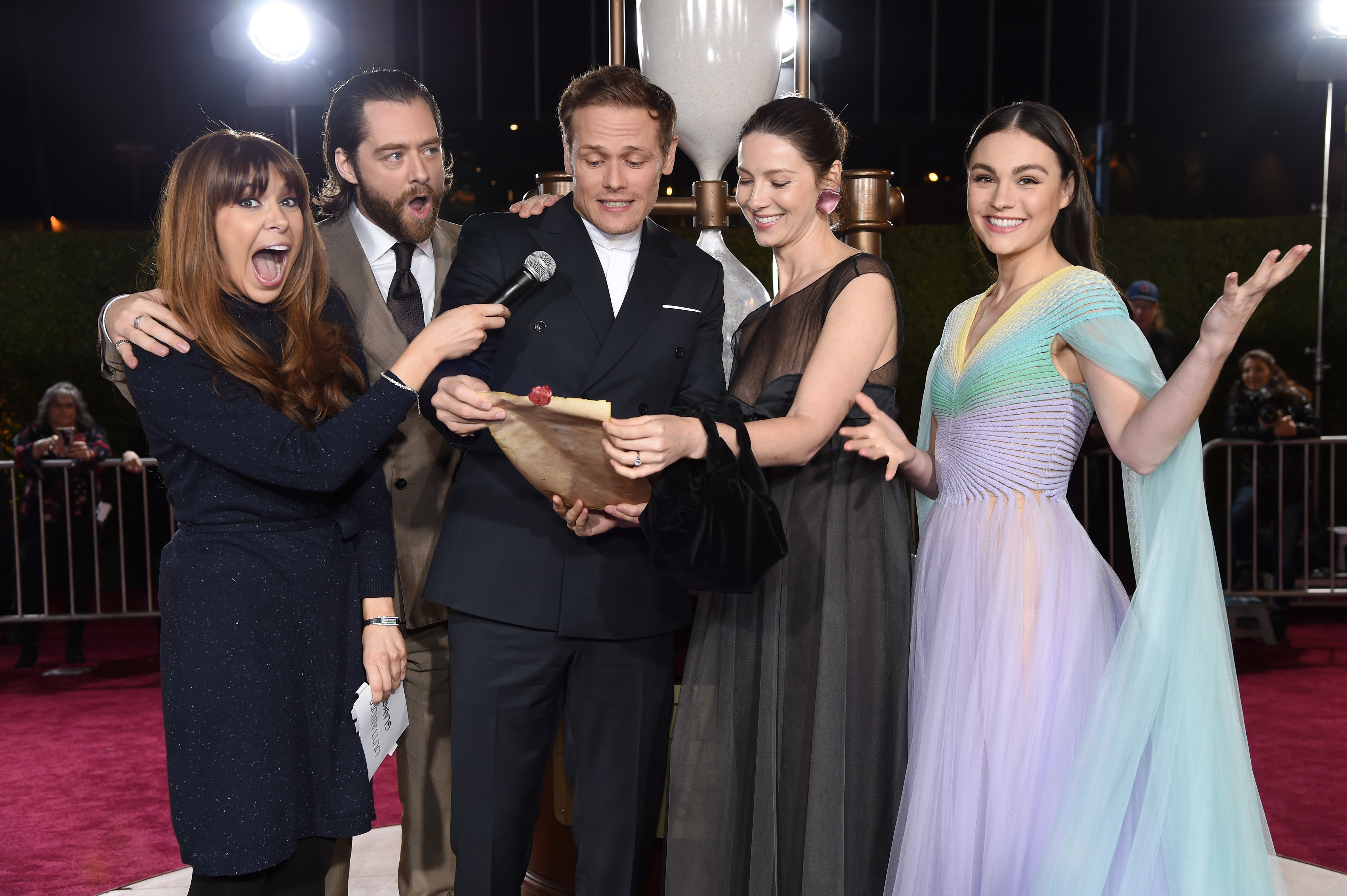