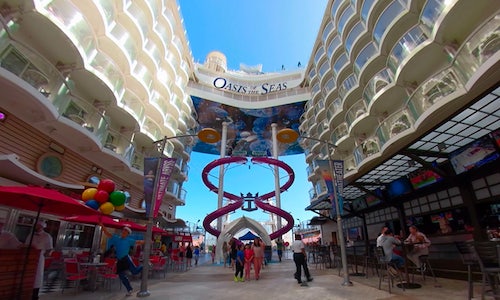 Beyond the first of its class, Oasis of the Seas was also the ship that launched a vacation revolution – rocking the cruise industry as the original gamechanger in 2009.

One decade and a $165 million-dollar revitalization later, she’s changing the game again with all-new adventures and more ways to play than ever before.

To celebrate, we aspired to curate a first-in-class experience that showcases the newly amplified Oasis of the Seas’ stunning before and after transformation.

Our biggest Royal Amplified ever, it was essential for us to showcase the scale and magnitude of what a $165 million-dollar makeover looks like. (Think all-new venues, a pool deck revitalization, and the installation of the tallest slide at sea – to name a few.)

So, what better way for our audience to explore every angle of the Oasis of the Seas’ stunning transformation than 360º video?

Here’s where it gets tricky. Our in-house production crew had to establish the new venues by capturing the before and after’s from the exact same point, but we didn’t have 360° footage of the ship’s pre-amplification state – and the amplification hadn’t happened yet.

To solve for this, our team captured 360° video on the ship three months apart – pre and post-amplification – using reference photos, renderings, and plenty of measuring tape to lock off exact points throughout the ship and film at the same time of day in order to replicate the shots seamlessly back to back.

Then, in post-production with the help of motion-graphics magic, the team stenciled out the main features inside the ‘before’ footage and used an effects transition to pop into the ‘after’.

Oasis of the Seas was then ready for the reveal she deserved.

Oasis of the Seas 360° was the best performing 360° video of 2019 on Royal Caribbean’s YouTube channel, generating 5X more views than average and 8X more subscribers compared to our average fan growth per video. 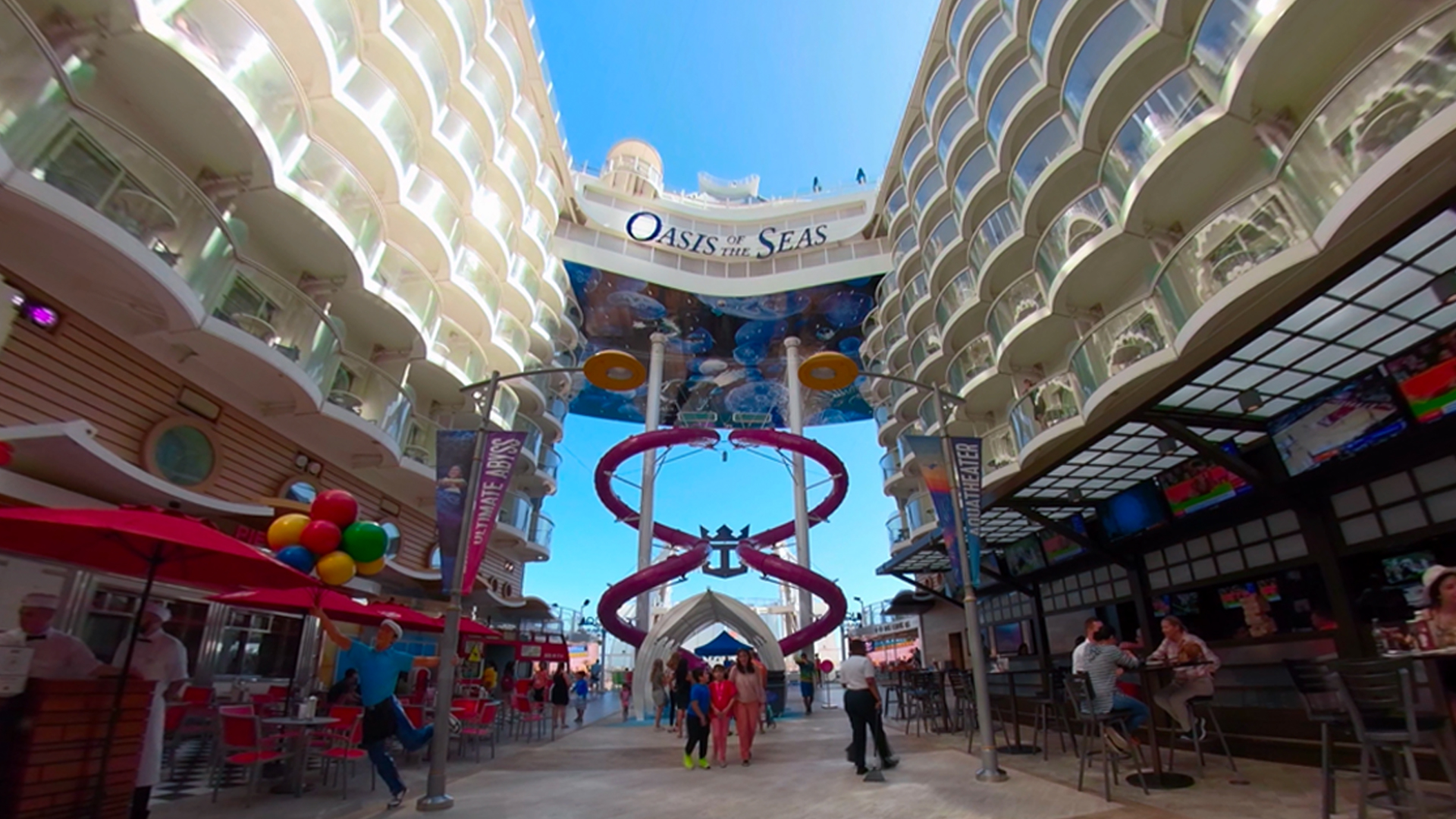