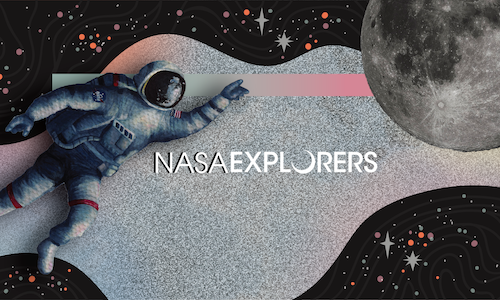 On July 20, 1969, humans set foot on the Moon for the first time. NASA Explorers: Apollo is a commemorative audio series for the 50th anniversary of the Apollo 11 mission. Through the lens of today’s lunar explorers, this five-episode series follows the scientific and cultural legacy of the Apollo program. NASA Explorers: Apollo celebrates the 400,000 Americans who made the first Moon landing possible and looks forward to discoveries yet to come.

Throughout the production of this series, our goals were to:

NASA Explorers: Apollo was more than just a bold experiment in audio storytelling for NASA. It was a comprehensive digital campaign created through a rich collaboration among NASA, the artistic community and the public.

As a key element of our podcast strategy, the NASA Explorers: Apollo team invited people from all over the world to submit their own memories and reflections of the first Moon landing. The stories collected from this campaign were featured in each of the NASA Explorers: Apollo episodes. This “Share Your Apollo Story with NASA” initiative emphasized the human element of the mission and highlighted exploration as a shared part of the human condition, not just the province of a handful of astronauts and scientists. This audience engagement effort preserved oral histories and allowed people to relive the magic of Apollo 11.

The NASA Explorers: Apollo team worked with multiple musicians and artists to bring the series to life. Our collaborators created the show’s original soundtrack, custom artwork, commemorative poster and the cartoons that accompanied Apollo stories on social media. To convey how much we’ve learned since the first Moon landing, the team worked with “astro-musicians” who turned 50 years of data into music. This data sonification connected lunar exploration past to present and served as the heart of the series’s first episode. By taking this innovative approach to telling audio stories with data, NASA Explorers: Apollo leveraged the emotive power of music to foster a connection with listeners; it also conveyed the data in a way that is more accessible to people with visual impairments.

Narratives from NASA experts anchored the series and shaped its sound design. By limiting the role of the narrator, the series was able to focus on the experiences and personal reflections of NASA’s lunar explorers. The series is both highly educational and full of human-interest stories: a current NASA lunar scientist interviews his father, who helped keep astronauts alive and healthy during the Apollo missions; a “data detective” reflects on the challenges and successes of his hunt for lost data; scientists look forward to studying never-before-seen Moon rocks.

To reach new listeners, NASA Explorers: Apollo incorporated both digital and in-person audience engagement strategies. During the week of Apollo 11’s 50th anniversary, team members spoke with potential listeners who attended the celebrations at the National Mall in Washington, D.C., and encouraged them to participate in the “Share Your Apollo Story with NASA” campaign.

Team members also hosted a “listening booth” at NASA Goddard’s International Observe the Moon Night event, where attendees could take a moment to enjoy Apollo stories from people all over the world.

The series made a historic mission feel new for younger listeners by providing them with an accessible point of entry to the story. Above all, NASA Explorers: Apollo championed audience participation, artistic collaboration, and accessibility through sound.

In the summer of 2019, the series earned tens of thousands of listens across multiple online platforms. Dozens of media outlets encouraged their own audiences to participate in the “Share Your Apollo Story with NASA” initiative, including The Verge, CNN Español and Good Morning Washington.

More than 400 people representing 29 countries submitted stories as a part of “Share Your Apollo Story with NASA.” Melinda Gates, of the Gates Foundation, reached out to add her own remembrance to the collection. These recordings illustrated the effect of space exploration on our collective humanity. Stories included listeners' memories of renting a movie projector to watch the Moon landing from India, hosting a celebratory lemonade stand with childhood friends in Kentucky, listening to the radio while camping in a national park and more. Each episode ended with a listener story, and many more were featured in the bonus episode that closed out the campaign.

One listener said, “I’ve never found a podcast so well put together and of such quality before. It’s a joy to listen to both the narrator and the background tunes, the interviewees and the samples in such marvelous quality. It’s rare that a podcast manages to bring all that together well. It’s well written, exceptionally spoken and incredibly inspiring to hear short stories from the Apollo program. The listener stories especially bring out the emotional impact that the entirety of NASA has had on the world.” 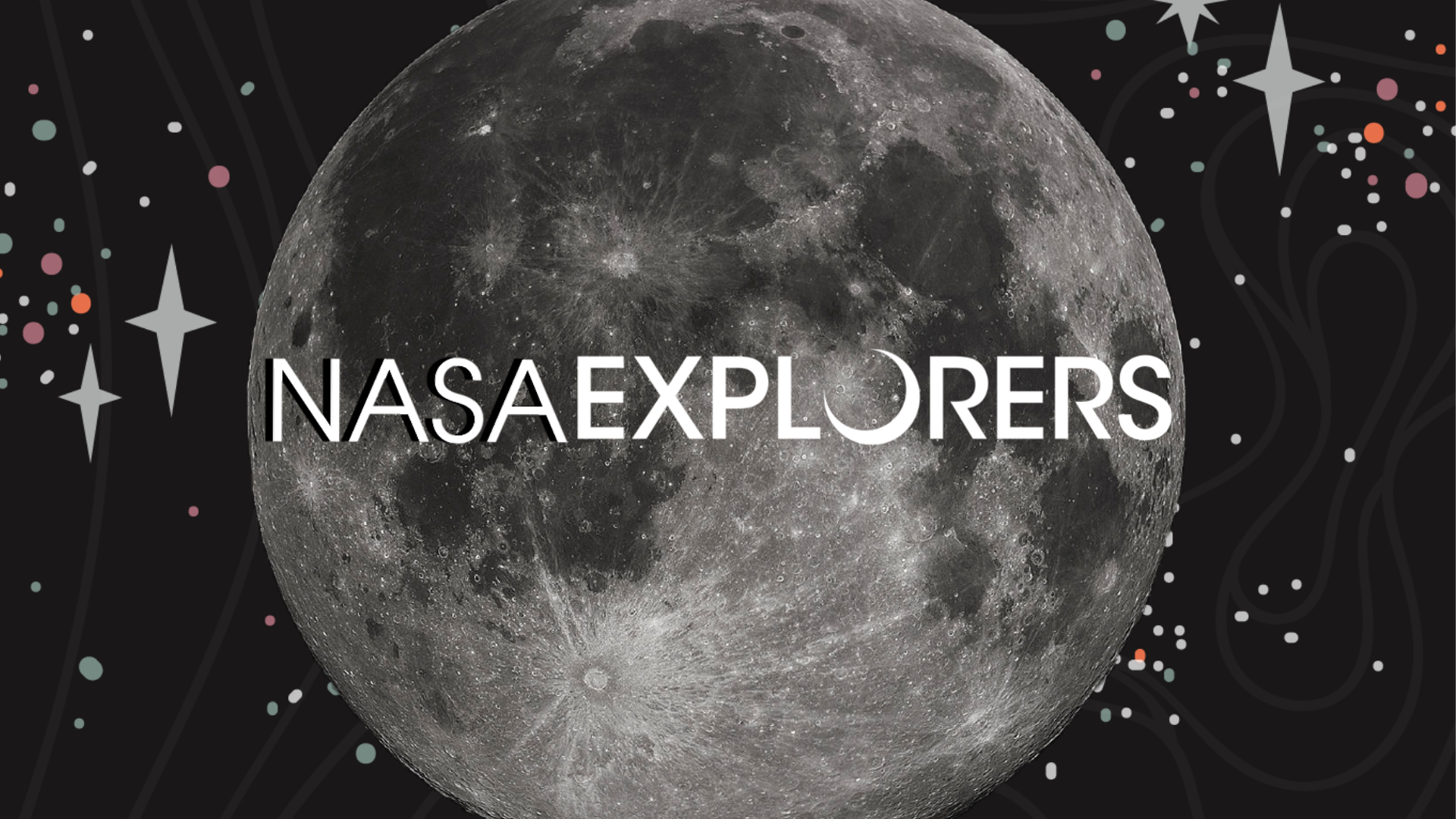 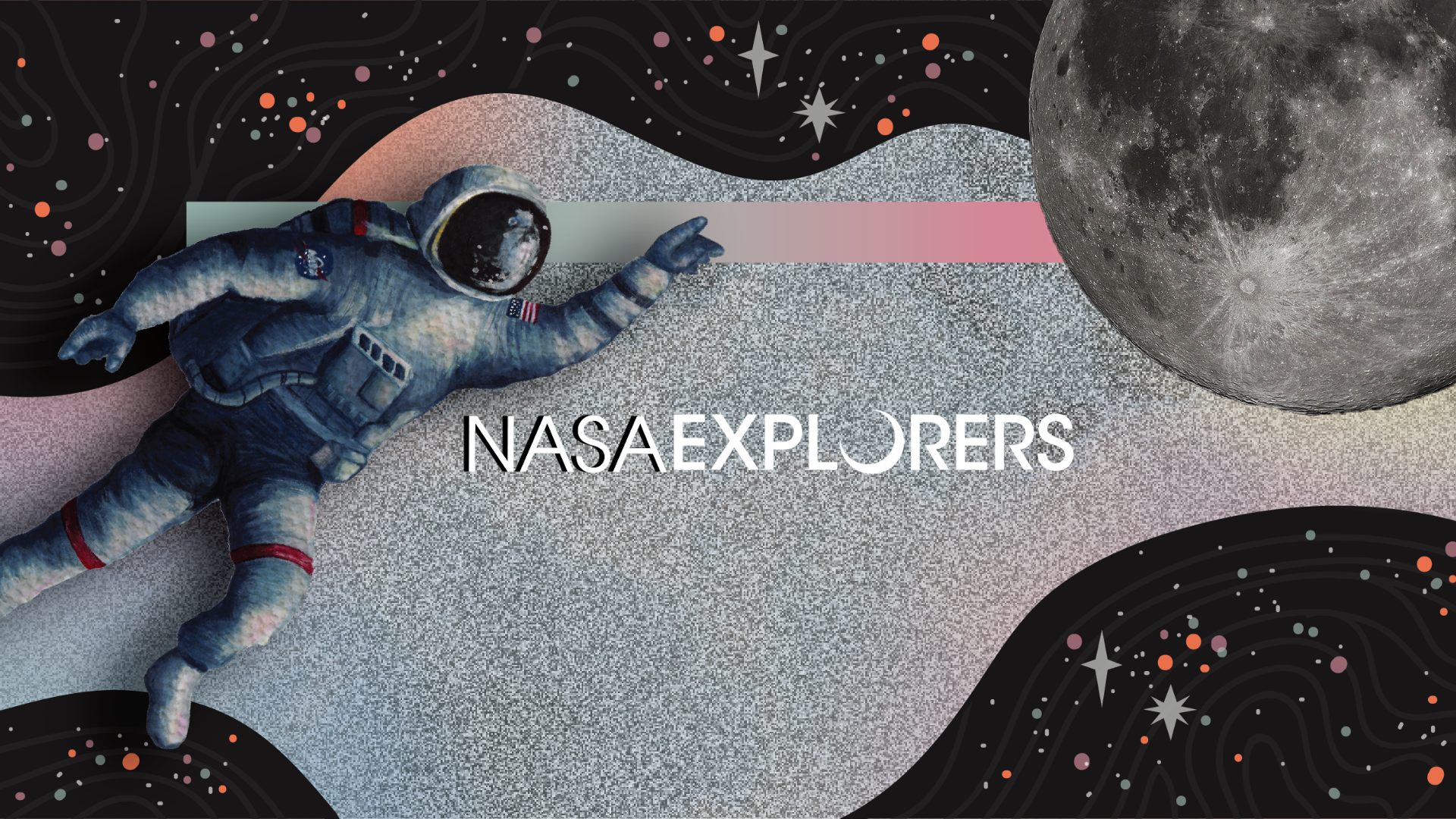 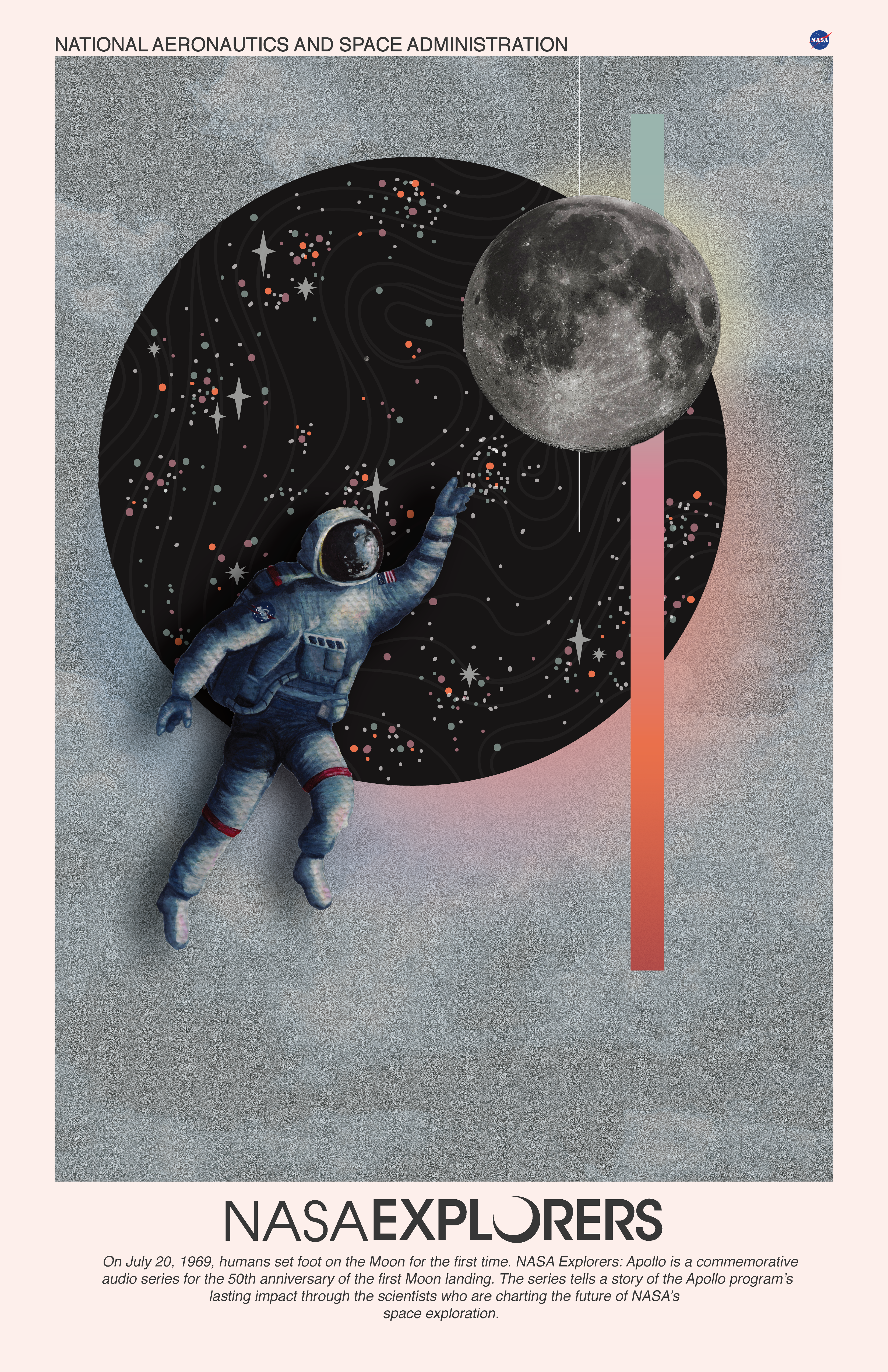 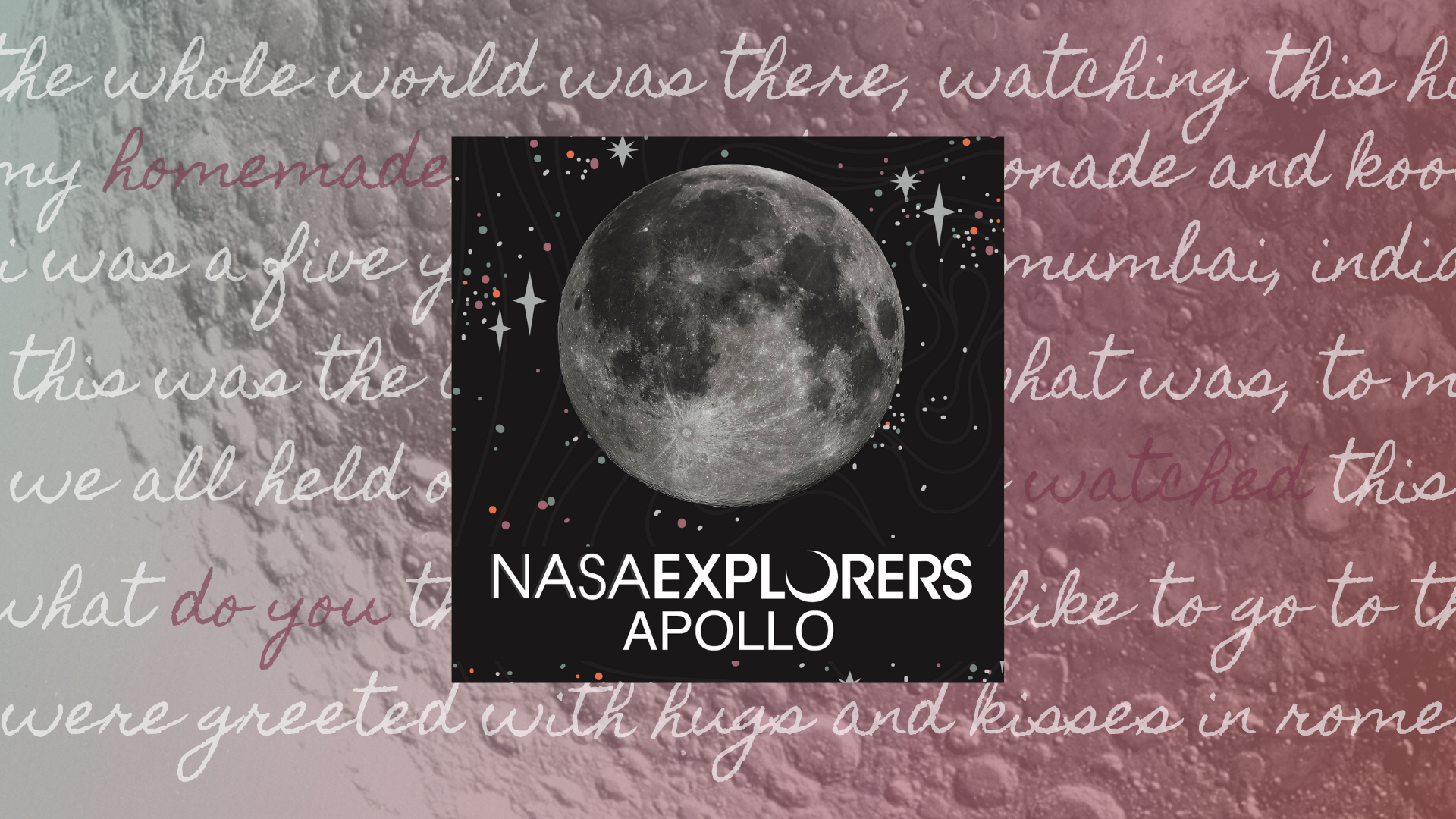