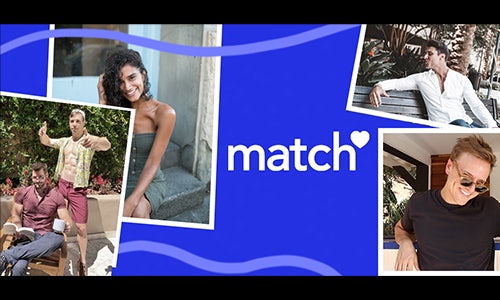 Viral Nation’s recurring client, Match, approached our team with an initiative developed by their brand and PR agency. The overall marketing strategy featured actress, Rebel Wilson, in a series of “podcast” style videos to be used in digital ads and pre-rolls. Viral Nation was tasked with integrating Rebel Wilson with influencers and mass distribution on social publishers. Social publishers are content creators, and distributors reaching a mass audience in a variety of niches (ie. humor, entertainment, meme etc.) Our solution was to mirror Rebel’s messaging and leverage brand-aligned influencers to produce content based on those creatives. As well, we extracted the full value of the content and created cutdowns in meme format for mass distribution on social.

The four primary objectives of the campaign:

The Match campaign was centered around the brand’s “Are you ready for more?” messaging. To plan, Match Group, Viral Nation and their respective PR/brand partners joined forces to create a comprehensive strategy that leveraged multiple marketing elements to integrate, both on and off social channels. This strategy included collaborative meetings with Match Group and Viral Nation teams, brief development and influencer selection criteria to ensure seamless integration and contextual alignment.

First, market research was necessary in order to create influencer scripts and "meme" messaging which would resonate with a millennial audience and develop positive sentiment. To ensure the campaign was moving in the right direction, web research was completed alongside competitive analysis, dating market research and focus group conversations about current dating culture. The challenge that needed to be overcome was ensuring brand alignment with this comedic messaging especially when Match's historic messaging leaned to have more of a serious undertone. Another challenge that was faced was balancing branding and performance goals.

The tools and technology leveraged were demographic analysis tools to harness the best results. The strategy: develop key creatives based on the scripts provided to Rebel by the brand and PR teams, Viral Nation would then activate the appropriate (in this case, comedic) influencers to align with each creative strategy based on Rebel Wilson’s content and then guide those influencers to create content which organically resonates with their audiences and spearheads a conversation.

This Match campaign was different than most, with a central goal to develop a shift in brand messaging and draw audience awareness. This new campaign would declare loudly and proudly that Match is *not* your grandma's dating app, but that it champions real love, and if you are looking for more, Match is the perfect place!

The Viral Nation team executed by coming up with unique creatives and messaging which amplified Rebel's script and campaign messaging through Influencer and Social Publisher activations. By developing creative that steered away from Match's usual wholesome branding efforts, it flipped the Match brand on its head, reminding audiences that Match is not your grandma's dating app, it is the place for those looking for more. From this shift, Viral Nation was able to extract greater value from a celebrity activation beyond the talent and brand-owned platforms: Viral Nation generated memes using the talent content, which were then redistributed on demographic-aligned social publishers – including some of the biggest names in the space (F***Jerry, Beige Cardigan, etc.). This amplification allowed the campaign to tap into relevant demographics and develop awareness at scale.

Viral Nation’s role in the overall strategy resulted in activating numerous influencers and social publishers to create content, generating millions of views. The content generated ample positive sentiment and fortified the Match brand across all marketing efforts harnessing thousands of comments. Viral Nation exceeded campaign expectations by changing the hearts and minds of audience members as hundreds of registrations were generated and audience members shared how this was the best dating app ads they have seen! Illustrating how we were able to shift Match's brand sentiment and convince our target demographic. 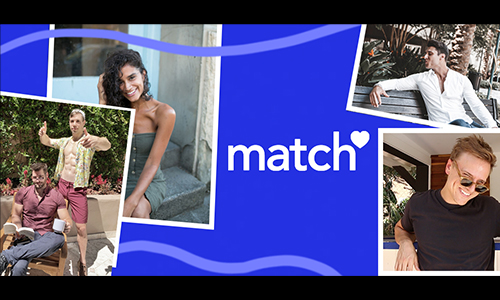