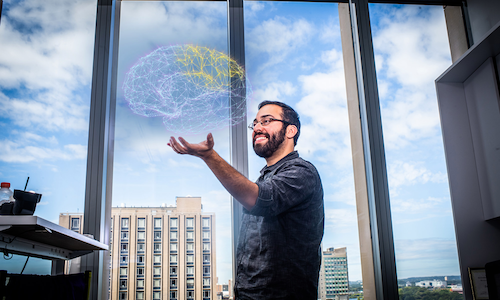 We set out to develop a multimedia, multi-channel promotional strategy to educate the public and key influencers about memory manipulation – and showcase the dynamic faculty expertise and cutting-edge research at Boston University. Neuroscience is a core research pillar for Boston University, and professor Steve Ramirez’s work is at the forefront of memory manipulation – from suppressing bad memories, to activating good ones, and creating "maps" of what memories look like in the brain. The end-goal of Ramirez’s work would be to artificially manipulate and dial-down the emotional pain associated with anxiety, depression, PTSD and other mental health conditions. Ramirez is working on multiple breakthrough research initiatives that were set to publish over several months – all falling underneath the overarching topic of memory manipulation. Our objective was to promote his thought leadership and research to external audiences, and to raise awareness for Boston University’s research excellence. To do this, we aimed to elevate his thought leadership platform ahead of the first research paper’s publication, and then to maintain visibility and momentum as additional papers were published in peer-review journals. We set out to blend multiple channels, assets and tactics to kickstart and continue Ramirez’s thought leadership traction. Specifically, we wanted to utilize multimedia across multiple channels, owned and earned content, audience segmentation, strategic cadence and evergreen assets to achieve this goal.

First, we tapped into the mainstream appeal of memory manipulation – as well as Ramirez’s high impact social network – to begin elevating Ramirez’s thought leadership platform with the general public through a Reddit AMA (Ask Me Anything). For background, Reddit is a massive online community that bills itself as “the front page of the internet,” attracting over 330M unique visitors per month. Ramirez is an accomplished researcher in his space, with a strong social media following of academic journals, publications, reporters, funders, and collaborators that could engage with the Q&A. We generated customized social content – tailored to each organization’s specific connection with Ramirez – that they could post from their Twitter handle. We worked with National Geographic – who posted the live AMA link for their 23.5M+ science-focused Twitter followers to engage with – as well as NIH, The McKnight Foundation, The Brain & Behavior Research Foundation, Frontiers in Neuroscience Journal, and other science/neuroscience-focused organizations. Then, we summarized the top takeaways from the AMA discussion – encompassing the ethics, dangers and opportunities of Ramirez’s work – and published on our Boston University research-focused Medium channel. We then shared the Medium blog on our Boston University research-focused Facebook page called BURST. We used paid advertising to promote our social post and original content, targeting science and neuroscience researchers, individuals interested Ramirez’s collaborating organizations, and individuals interested in the mental health conditions Ramirez’s work aims to treat. To help ensure that we had control over our narrative, our editorial team developed a feature story on Ramirez’s research findings – which we promoted over BU’s main social media channels, our research-focused social media channels, as well as Chinese social media channels to reach a broad audience. Our media strategy consisted of a targeted approach where we reached out to reporters we had established relationships with or reporters at priority publications. Our editorial content served as our press release which we provided to reporters in advance so they could get familiar with the research and have time to interview Ramirez. We also published our editorial content on EurekAlert – a credible press release distribution site for research – to cast a wider net. We capitalized on the evolving media landscape and shared visuals of Ramirez’s research findings for publications to post to their Instagram accounts. We further amplified earned coverage through our social media channels and research sites that repost articles. Lastly, given that all of Ramirez’s research falls under the umbrella of memory manipulation, we developed a video with this broad focus to help illustrate and promote his work overall. We took a high-level approach to generate evergreen content to leverage opportunistically across different mediums, and with traditional and social media – especially during the times in between news and research announcements. Our strategy centered around creating and optimizing assets – including video, editorial and social media content – that we repurposed and used flexibly to tell the story of Ramirez’s scholarship and educate our audiences.

Ahead of Ramirez’s Reddit AMA, our social media collaboration with influencers helped us reach 23.5M+ target followers. Ramirez’s AMA received almost 800 comments, and over 3,500 upvotes. It was consistently the top upvoted I/AmA conversation listed during the day of the AMA, and was among the top conversations on the Reddit homepage under the “Best” and “Hot” dropdowns. With a budget of only $100, our Facebook ad for our Medium post highlighting Ramirez’s AMA top takeaways drove over 85% of the traffic to our post – which to-date has received 1,300+ views. Our editorial article received over 5,401 page views. Our media outreach approach earned 14+ pieces of feature articles on Ramirez’s research release in target publications including WIRED and News Medical. We knew not all reporters would be interested in writing specific research updates or findings, but we used his work as an opportunity to create another touchpoint and further cement him as an expert and pioneer in the space. We secured coverage for Ramirez in broader neuroscience articles – placing Ramirez’s insights among the top neuroscientists in the world, further establishing credibility for Ramirez, his work and Boston University. Our media efforts earned 113,675,044+ impressions. Our video served as evergreen content to use opportunistically across different mediums – including across BU’s main, Chinese and thought-leadership social channels, and with traditional media and influencers. We successfully leaned on this asset to maintain visibility during times in between news and research announcements. To-date, the video has received 18,552+ views. 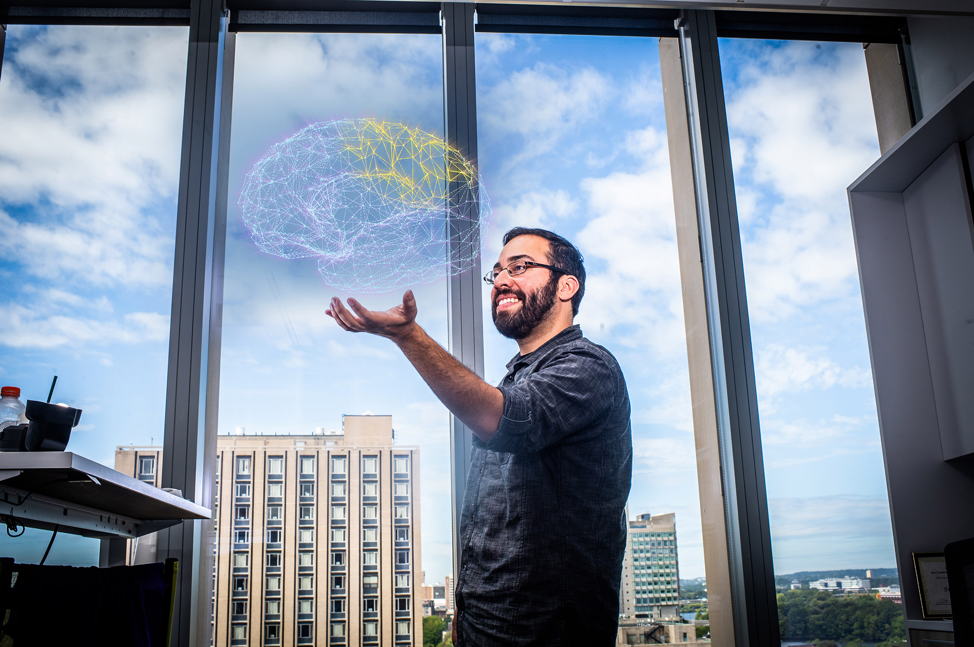