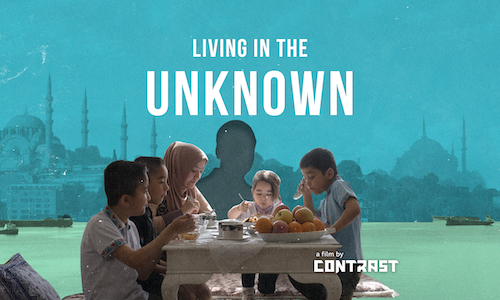 Living in the Unknown highlights the fears and hopes of the Uighur diaspora struggling to keep in contact with relatives in Xinjiang, a province in western China known for its surveillance and secrecy. In rare 360º footage, Uighurs invite the viewer to spend time with them in their homes in Istanbul, Turkey, where they are rebuilding their lives after having fled China. As they go about their day, the characters of Living in the Unknown share what it means to live without knowing anything about their relatives even though communication over the phone, such as instant text messaging, is as widely used in other parts of the world as ever before.

It is believed that around one million Uighur Muslims and other ethnic minorities are held against their will in, what human rights groups call "concentration camps", in Xinjiang. China, on the other hand, claims the accusations are baseless and politically motivated, and insists these are vocational training centers vital for the government's fight against separatism and religious extremism in the region.

With this immersive documentary, we aimed to provide an intimate look into the lives of Uighur Muslims yet cover the complexity of the issue - a long history of tension in Xinjiang, alleged human rights abuses, and claims from multiple parties. Living in the Unknown is a creative and visually striking documentary that uses a mix of personal stories, archival footage and graphics to showcase the plight of the Uighur people, both inside and outside China.

Reporting on the Uighur issue is complicated within and outside China. Journalists who travel to Xinjiang to report on the Uighur Muslim community tell stories of police following their every step. The Uighur community abroad say they feel they are being followed as well. Many Uighurs in diaspora don’t want to talk to the media, fearing repercussions for their families back home in China. Those who choose to do it either hope that the spotlight will help their case, or simply feel they don’t have anything to lose because their relatives have already been imprisoned.

Living in the Unknown wasn’t our first go at covering the Uighur issue. After the news about mass detention in Xinjiang broke in August 2018, we published our first 360º video documenting the issue from the perspective of a Uighur mother and daughter living in Istanbul. The short story very quickly gained a lot of attention online. That’s when we decided to go beyond a 2-minute social video and attempt to capture the issue with a longer, more in-depth documentary.

Dealing with such a complex and multi-layered issue - with human rights organizations and Uighur activists on one side and China on the other - we knew there was an immense amount of research that needed to be done in order to tell this story in an accurate, nuanced and meaningful way. Because of the sensitivity of the topic, it was also essential to put together a production crew that was familiar with the region, the characters and players involved, who could be trusted to gather the footage we needed to do this story justice. Simina Mistreanu, a China correspondent who has previously reported from Xinjiang herself, joined the project, alongside Uighur fixer Abduweli Ayup. Following our commitment to include as many voices from the community in the production and post production processes as possible, we also worked with translator and singer Rahima Mahmut, an Uighur woman currently living in London.

In addition to amplifying the personal stories of Uighurs through the medium of 360º video, we wanted to include contextual information and China’s responses to the allegations. Being part of Al Jazeera Media Network, we have an exceptional opportunity to combine our immersive work with past Al Jazeera television packages and reports. We collected the most important soundbites and archival linear footage and, in aim to not simply overload the immersive space with information, we created a ‘messaging’ app interface for that. This way the information was presented on screen as if it was ‘sent’ as ‘messages’ directly to the viewer. This was not only a great way for us to provide crucial contextual information to the viewer in a way that was captivating and worked within an immersive environment, but it also conveyed the painful situation Uighurs in diaspora find themselves in. Messaging apps are easily accessible and commonly used around the world, but are rather useless for Uighurs struggling to stay in touch with their families far away in China.

Living in the Unknown was published as a 360º video for millions of viewers throughout Al Jazeera Media Network social media platforms, including AJ Contrast, Al Jazeera English, Al Jazeera Arabic and AJ+ Facebook accounts. The story was also told through Twitter threads and Instagram stories and posts with the aim to reach as many people as possible. The film is also available for the virtual reality headset users on Al Jazeera Contrast app.

Taking into consideration all the complexities of this issue, it was especially important for us to tell this story through virtual reality. A number of regular television packages and reports have been produced explaining and investigating the situation. However, 360º medium gives the viewer an opportunity to see the homes of our characters, and to spend more time with them in their surroundings. This way, we are able to bring the viewer a bit closer to the people who feel they have been forgotten.

“We hope that by bringing viewers into the homes of Uighur families in Turkey, we’ll be able to help create empathy and build a connection. Uighurs feel like their fate is of no concern to the rest of the world, that they are alone. We hope immersive journalism can help change that,” says Simina Mistreanu, a China correspondent who joined the project as a field producer and a reporter.

The film has been nominated for “Best Use of Technology and Innovation” at the Venice TV Awards 2019.

Video for Living in the Unknown 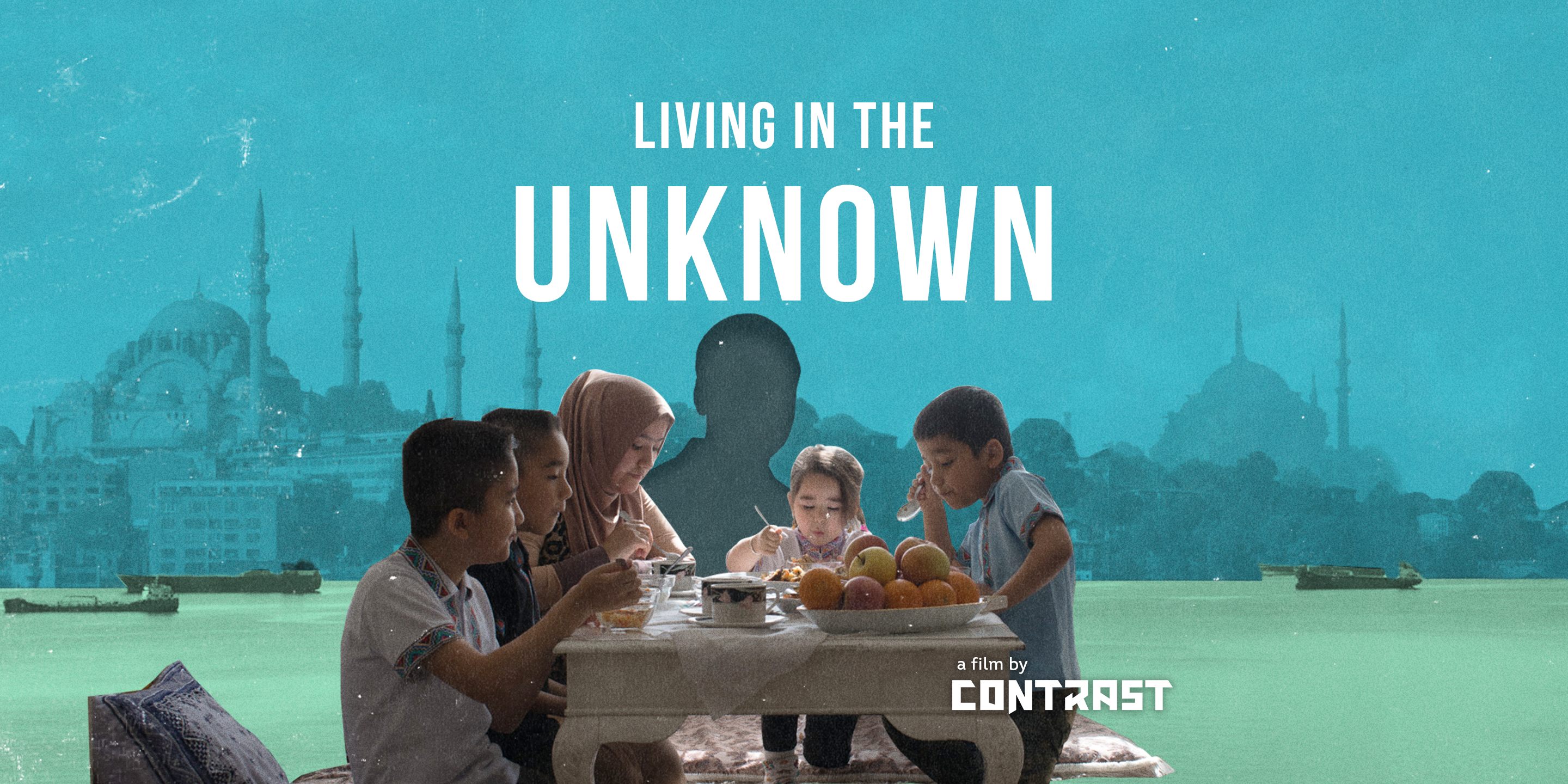 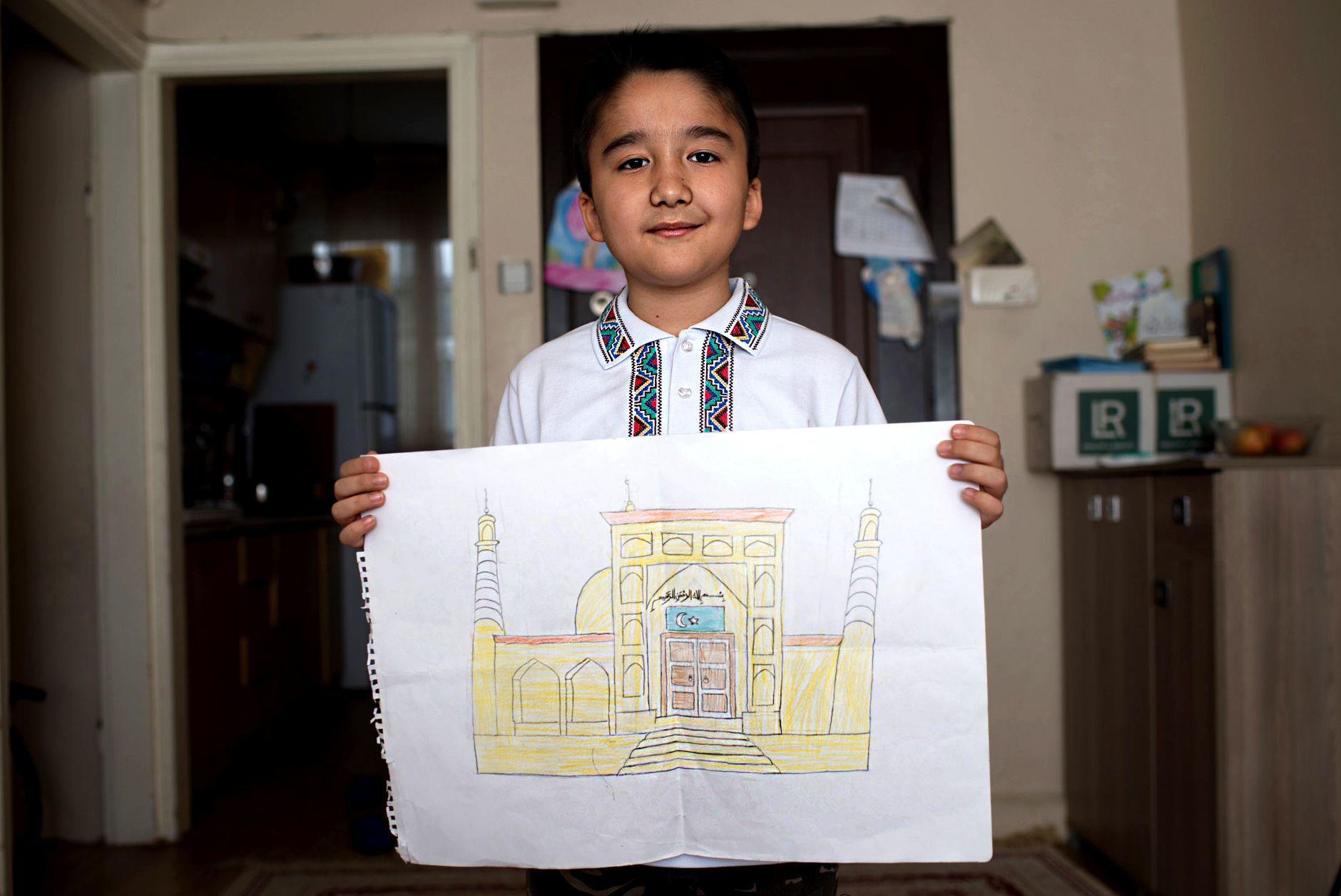 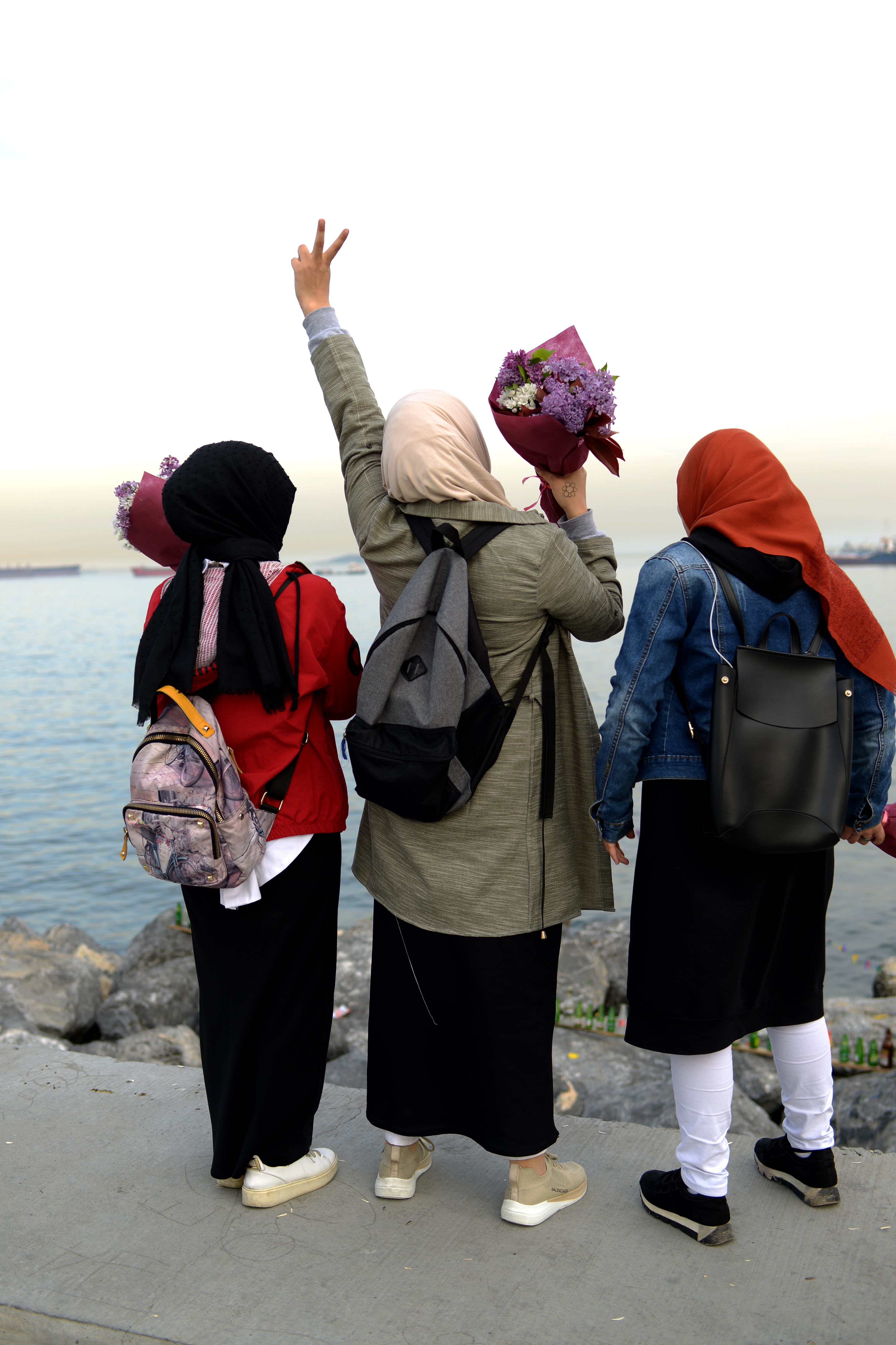 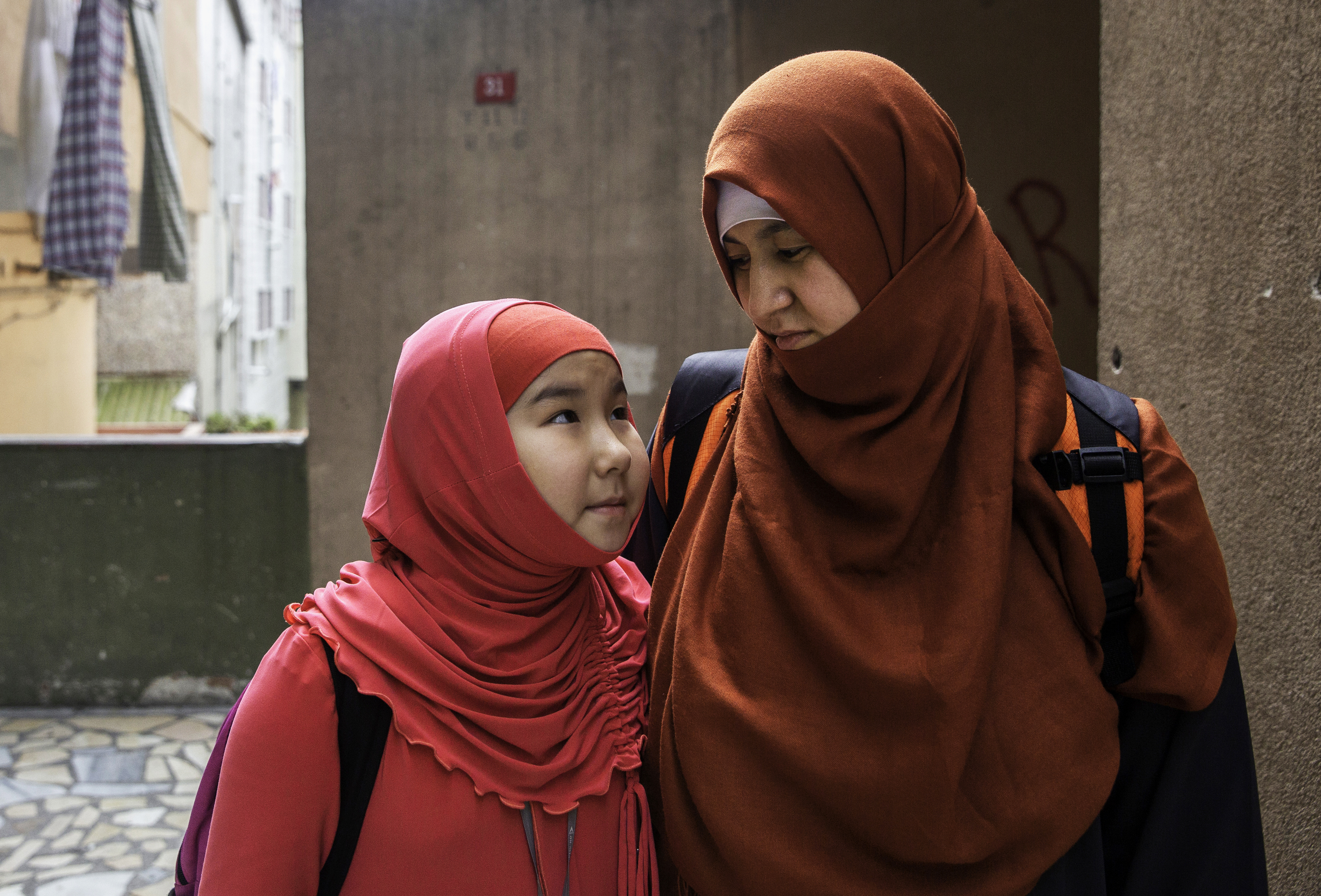