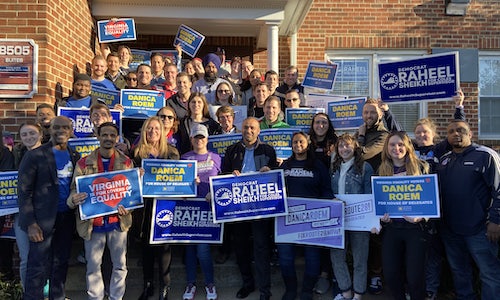 A Rainbow Wave Hits Virginia During The 2019 Midterms

LGBTQ Virginians still lack explicit protections from discrimination in all facets of life. This means that lesbian, gay, bisexual, transgender and queer Virginans face discrimination in their workplaces, their schools and their day-to-day lives with no legal repercussions.

In early 2019, the commonwealth’s anti-equality leadership refused to bring commonsense LGBTQ non-discrimination protections up for a vote in committee, despite support from a bipartisan majority of delegates and having an overwhelming approval among Virginians. Two bills, HB 2677 and HB 2067, would have added crucial, commonsense non-discrimination protections for LGBTQ Virginians in housing and public employment, respectively. Similar bills passed the Virginia Senate several years in a row with bipartisan support but ultimately died due to the anti-equality leadership.

HRC understood Virginia voters were fed up with politicians who insist on playing politics with the lives of LGBTQ people. If we wanted change in Virginia, we needed to act. So HRC launched the largest field, digital and direct mail program we have ever developed in the state of Virginia. HRC endorsed 27 pro-equality candidates across the state House and state Senate — including 18 women and 10 people of color — all with the goal of securing a pro-equality majority in the state legislature and finally passing non-discrimination protections for LGBTQ Virginians.

HRC used sophisticated analytics to identify and mobilize 57 million “Equality Voters” nationwide, more than 1 million specifically in Virginia, who prioritize LGBTQ-inclusive policies, including marriage equality, equitable family law and laws that would prohibit discrimination on the basis of sexual orientation and gender identity. HRC targeted these voters throughout the months leading up to Election Day in order to ensure we reach as many voters and win as many of our 27 races as possible.

Between August and Election Day in November, HRC pushed out 100+ organic posts across Facebook, Twitter and Instagram. By using key hashtags, including #VALeg, and keywords such as “election,” “voting” and “Virginia election,” we were able to ensure our posts landed on the news feeds of those most invested in the election.

Not only did thousands of people across the commonwealth and the country see our posts, but dozens of celebrities and politicians felt the energy around the Virginia election too. Everyone from Chasten Buttigieg and Chelsea Clinton to Patricia Arquette and Ricky Martin engaged with our content, influencing and inspiring voters across the commonwealth to spread the rainbow wave.

HRC also ran social media ads in eight high-priority target districts. We created a direct-to-camera video series to highlight the diverse, exciting voices of the 2019 election. These videos were targeted on Facebook and Instagram in a hyperfocused, district-specific appeal to voters to get out and vote.

HRC amplified the history-making nature of her campaign, ensuring placement in a broad range of media from the Washington Post to the Daily Beast and cross-posting on social.

HRC released campaign videos, blogs and other creatives tied to Roem messaging and steller legislative record. For example, in the weeks leading up to Election Day, we launched a clip of Del. Roem at a door-knocking event with a motivating “get out the vote” call-to-action.

HRC held nothing back to ensure that our message reached the hearts and minds of every voter in Virginia. We used social media both to cast a wide net and hyper-target our audience so that every citizen in the commonwealth knew exactly which candidates were going to fight from them in 2019 and beyond.

Our ads, including our video series campaign, reached more than 39,000 voters in Virginia on Facebook and Instagram, and ~433,000 devices belonging to targeted voters. There were ~19,000 click-throughs for more information, the videos were watched ~780,000 times to completion, and the posts had 5.4 million impressions. HRC was also mentioned in 70+ publications about our efforts, including the New York Times, HuffPost and Refinery29.

The results of the election were historic. Audiences in Virginia and nationwide celebrated in Roem’s victory together. From liking and sharing to commenting and retweeting, over 26,000 accounts engaged with HRC’s posts announcing her win.

Ultimately, Virginia elected pro-equality majorities in both Virginia chambers and seven of our eight high-priority candidates won their seats, including other history-makers, such Del. Ghazala Hashmi, who would go on to be the first Muslim-American woman to serve in the Virginia state Senate.

This rainbow wave made way for a Virginia State House and State Senate ready to pass a slate of legislation that will change the lives of millions of Virginians, including explicit non-discrimination protections for LGBTQ people.

Video for A Rainbow Wave Hits Virginia During The 2019 Midterms 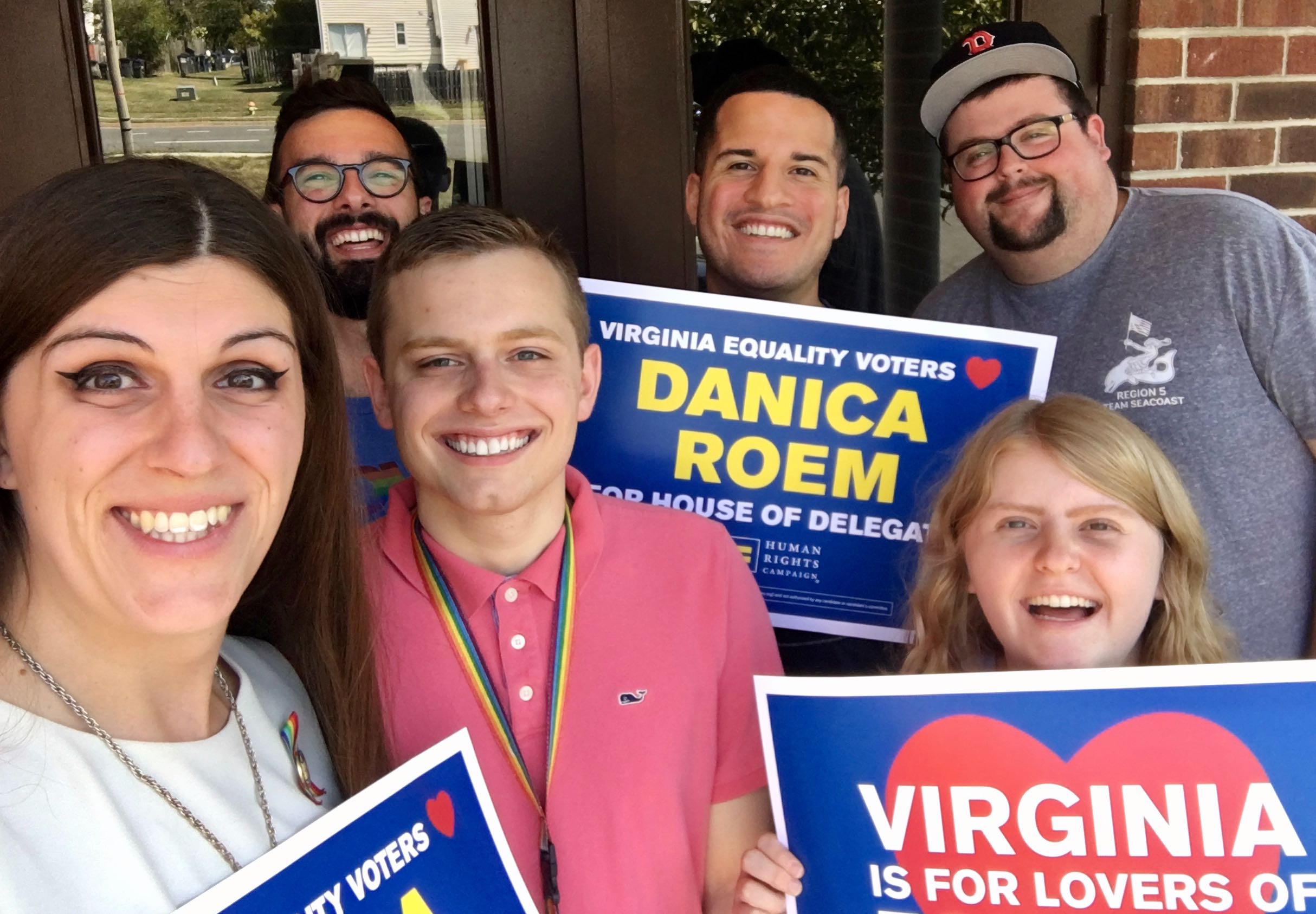