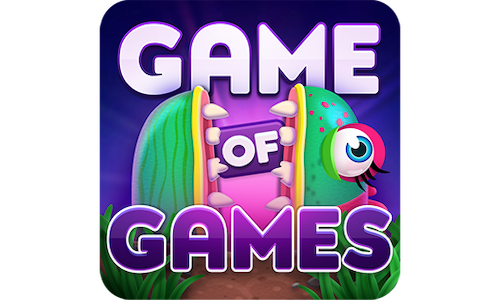 Game of Games Play Along Live

Currently in its third season, "Ellen’s Game of Games" is the wildly successful game show on NBC that takes the most fun part of Ellen’s talk show – the games – and expands it into a full-blown, epic primetime show in which contestants compete in high-stakes games while facing all sorts of outrageous, eye-catching peril.

Ellen’s television franchise extends to the digital space with Ellen Digital Ventures. We capture the essence of what it’s like to be part of Ellen’s talk show and game show audience, then invite our digital audience to immerse themselves in Ellen-style fun, no matter where they are – all through their mobile devices.

There were three main goals that led to the creation of the “Game of Games” Play Along Live experience. The first was to deepen the experience of watching “Ellen’s Game of Games.” The mission was to take fans who were already enjoying the TV series, and give them more of what they love. Realizing there was a huge opportunity in the overlapping affinity between fans who like Ellen and those who like “Game of Games,” the second goal was to garner a solid user base, and drive those players from the app back to the show. The third goal was to provide players with the experience of being on the show, giving at-home viewers a chance to feel the same drama, pressure, and excitement of being on “Ellen’s Game of Games.”

The first season of “Ellen’s Game of Games” boasted over 8 million weekly viewers, and because of this enormous success, it seemed like a natural evolution to create a companion app. The app does an outstanding job of bringing to life the excitement of playing against other contestants, right on a user’s phone or tablet. All we had to do was figure out a way to connect the app experience directly to the broadcast game show – and in real time.

The Play Along Live experience was launched parallel to season two of “Ellen’s Game of Games,” and was an Augmented Reality experience that allowed viewers to play along with the show for a chance to win $5,000. Based on the game “See Ya Later Alligator” from the game show, players were challenged to solve a rebus puzzle each week, which was a riddle comprised of emoji symbols and words.

The added layer to the in-app version of the game was that players had to collect the missing emoji clues using Augmented Reality. During each hour-long episode, five prize boxes or “scan targets” appeared in the lower right-hand corner of the TV screen. Using the app’s built-in AR technology, the prize box would appear to pop out of the TV screen and into the real-world space, where a player could tap on it to reveal an emoji clue.

After scanning four prize boxes and collecting all of the clues, players had only minutes to solve the puzzle and submit their answers to be entered for a chance to win $5,000.

Then, as a final component, players were encouraged to scan the fifth and final prize box during the last act of the show, which revealed the contest winner’s name and home state to all players in real time.

Each episode of “Ellen’s Game of Games” opened with Ellen encouraging viewers to download the app to play along from home. Over the course of Season 2, there have been a total of 2.6 million app downloads, over 1.1 million Augmented Reality activities, and nearly 200,000 rebus puzzle completions. Through the second season, the app gained over 450,000 new app users, and the game’s average Daily Active Users increased over 900% on the days the show aired.

Ellen’s strategy to increase her community online is visible in her social media following, with her overall brand having a total of 288M+ followers/visitors. Ellen’s Twitter following alone is over 79.5 million. Each week during the live airing of “Ellen’s Game of Games,” Ellen live tweeted, encouraging fans to play along from home and driving users to download the app. When the winners of the $5,000 prize were chosen, their names were shared on Ellen’s Twitter to her millions of followers – increasing visibility of the sweepstakes and giving other fans encouragement that they too could win from home using the app.

The response from at-home players was overwhelmingly positive. There were hundreds of reviews submitted expressing joy about the opportunity to play and win real money from home. Not only did the Play Along Live experience bring Augmented Reality to the masses on a very large scale, there was also crossover in finding real-world winners through the app, and bringing them onto The Ellen Show as guests with heartwarming stories to share. 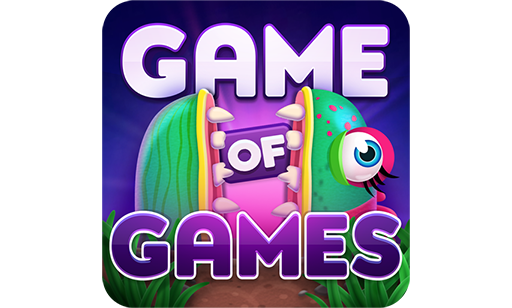