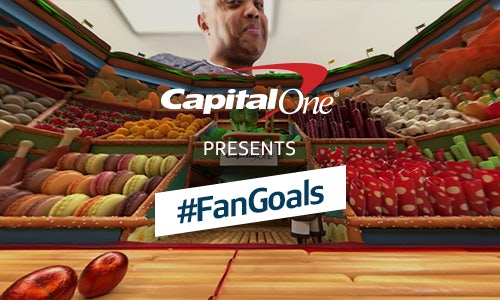 Turn customers into fans through social-savvy content that will make CapOne the most famous and buzzworthy sponsor of March Madness.

To be the king of the court, Capital One needed to be most relevant and effective during March Madness, embracing fans’ #FanGoals. To do so, Capital One created buzzworthy content that authentically resonated with upmarket basketball fans, leveraging custom social assets on owned channels starring some of the biggest names in culture: Samuel L. Jackson, Spike Lee, and Charles Barkley. We suited up our MVPs, and created a campaign designed specifically for the most important people in the game…the fans.

So Capital One created the Final Fourgasbord – a snackopolis that is #FanGoals. While the snack stadium made its debut in broadcast, Capital One gave March Madness fans an exclusive tour using Facebook’s 360º ad unit. The piece is narrated by sports commentator Jim Nantz himself, taking fans on a delicious journey with some celebrity cameos along the way. And the fans loved it – a pretty cool and engaging way to embrace our fans’ #FanGoals.

The tour yielded the highest Facebook video view rate within the campaign, at a more efficient cost per thousand of 12.55%. A true slam dunk. 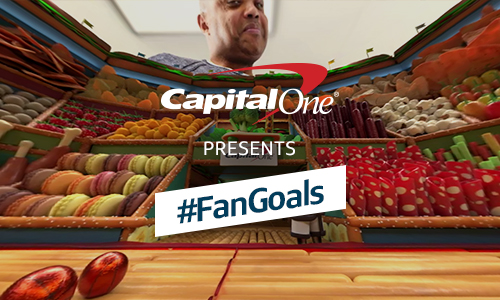