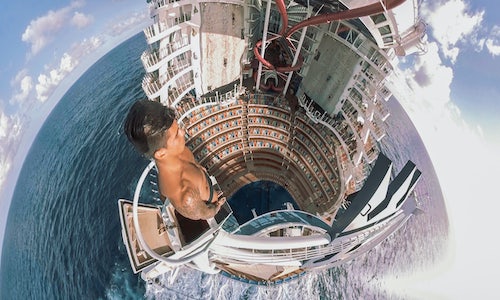 Imagine standing at the edge of a platform 55-feet above water – and taking the plunge. Now up the ante by adding a moving ship.

What’s already a daring experience on land, performing this feat at sea is all the more extraordinary. What's more is that the High Diver aboard Harmony of the Seas, one of the world's largest cruise ships, performs this gravity-defying routine several times a week on every sailing.

With such talented crew members onboard the world's best and biggest cruise ships, Royal Caribbean sought a medium to tell compelling stories about our crew and unparalleled onboard experiences.

The creative vision was Crew 360º – an ambitious attempt at telling compelling crew stories captured in an innovative format to go beyond the surface and into the unexpected.

Taking 360º views, unusual POVs and intimate peeks into the daily life of the world’s boldest crew, this is the ultimate behind the scenes experience.

We know that our diverse cast of crew members around the world are incredibly appealing to our guests and online audience. And honestly, we can’t blame them (they’re extraordinary).

To do our crew justice, we aspired to shed light on their gripping stories in an innovative and thumb-stopping way. To this end, the use of 360° cameras presented itself as an opportunity to continue telling Royal Caribbean’s Come Seek story from an all-new and interactive point of view.

After all, our insights team found that 360° videos were considered 28% more entertaining than standard content, consumers saw the use of 360° as a metric of innovation, and that 88% of those who found 360° entertaining intended to interact with videos in the future.

But we didn’t stop there. To get our viewers even further immersed into the action, we designed a proprietary waist-rig that allowed the 360° camera to seamlessly ‘float’ in front of our subject and provide an unparalleled viewing experience.

The outcome was a window into an unfamiliar perspective of the world’s boldest crew where anyone with a mobile or desktop device could experience the rush of gravity – in full 360º. 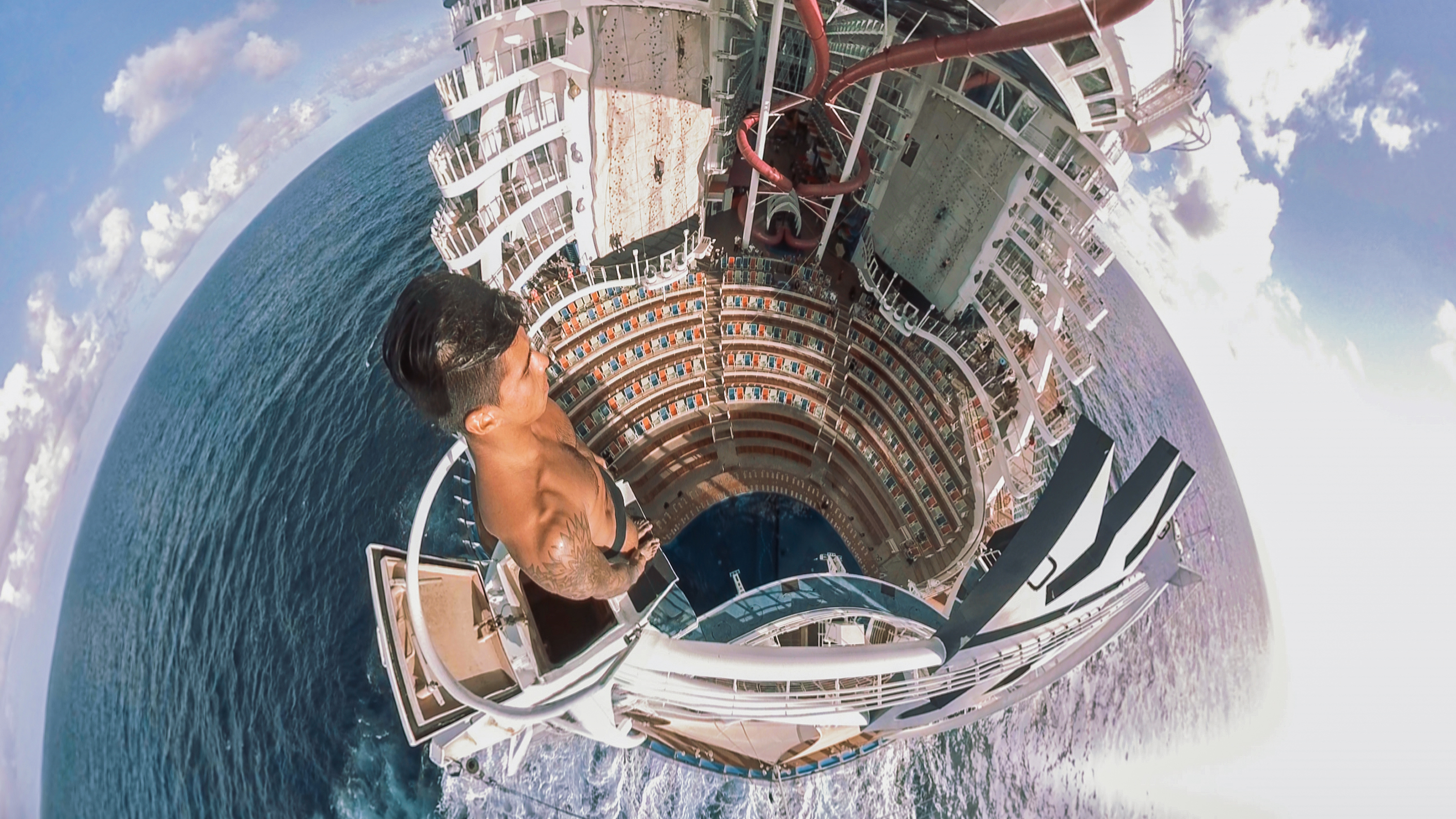