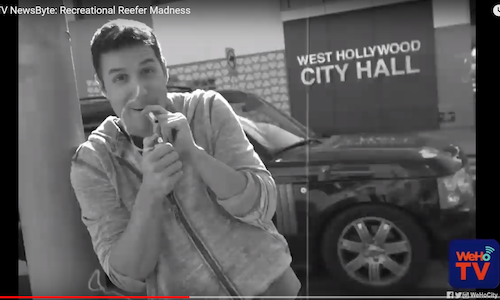 The City of West Hollywood has been at the forefront of the national discussion about decriminalizing the use of cannabis and has a long track record of supporting cannabis use for medicinal purposes and, more recently, in supporting adult-use cannabis. In 2017, West Hollywood’s Cannabis Ordinance, approved by the City Council, authorized business licenses in several categories including adult-use and on-site consumption areas, where cannabis can be purchased and consumed. When the ordinances and licenses began coming into effect in 2019, there was not only national and local media interest in the story, but much confusion about rules and regulations concerning cannabis consumption.  The City's Communications Department developed a parody PSA called Recreational Reefer Madness in order to educate community members about laws concerning recreational cannabis use in an easily digestible and entertaining manner.

In 1996, the City of West Hollywood was an early supporter of California’s Proposition 215, also known as the Medical Use of Marijuana Initiative or the Compassionate Use Act, which was approved by voters in 1996 and allows statewide use of cannabis for medicinal purposes. Medical cannabis establishments have operated in the City of West Hollywood since implementation of Prop. 215.

Research shows that voters in West Hollywood overwhelmingly supported California Prop. 64, The Adult Use of Marijuana Act, and the City of West Hollywood’s creation of public policy regarding cannabis businesses is the most progressive in the nation. That said, with uncharted territory, there are new issues of outreach and education. Along with this new culture came issues of where and how to buy and use cannabis in the City as well as misunderstandings of public consumption and of state laws regarding driving under the influence.

To respond to concerns in the local community about adult-use cannabis sales and public consumption of cannabis, the City embarked on a multi-pronged effort, humorously dubbed, "Weed Like You To Know,” which utilized an integrated marketing approach of traditional media outreach, print collateral, and more, including the Recreation Reefer Madness public service announcement. Recreational Reefer Madness is meant to educate the cannabis consuming community about cannabis laws and rules — and do it in an entertaining way. The City produced the video in campy, old-timey parody fashion for humor, but to capture and keep the attention of viewers.

The intended goal of Recreational Reefer Madness was very simple: educate the community about the laws and rules of cannabis consumption in West Hollywood and do it in an entertaining way.

The target audience was the City of West Hollywood’s community at-large: residents, businesses, and people who visit West Hollywood for its dining and nightlife destinations.

Recreational Reefer Madness was written, produced, and edited by the City of West Hollywood’s Communications Department and its WeHoTV News team. Location and studio shooting was done over the course of one day.

The City of West Hollywood is unique in that in nearly every other jurisdiction across the country, policy issues are normally presented in a very dry, fact-based manner. Our communications team oftentimes uses tongue-in-cheek creativity in order to present information on very serious government topics (i.e. crosswalk safety, voting, marijuana laws) in ways that our demographic will respond to.

The PSA was released on the City of West Hollywood’s broadcast channel and official social media accounts including YouTube and Facebook. Residents and businesses reacted very favorably to the video, calling West Hollywood City Hall to thank the City for helping to publicize the issues surrounding cannabis consumption. The City also produced a companion print piece, “Weed Like You to Know,” which was distributed throughout the City and resulted in businesses throughout the City reaching out to the local Chamber of Commerce to request additional materials to extend the messages to their patrons.

As more cannabis businesses continue to open in the City of West Hollywood (including the country's first cannabis cafe) and upcoming edibles lounges and retail locations, they are continuing to reach out to the City for materials. 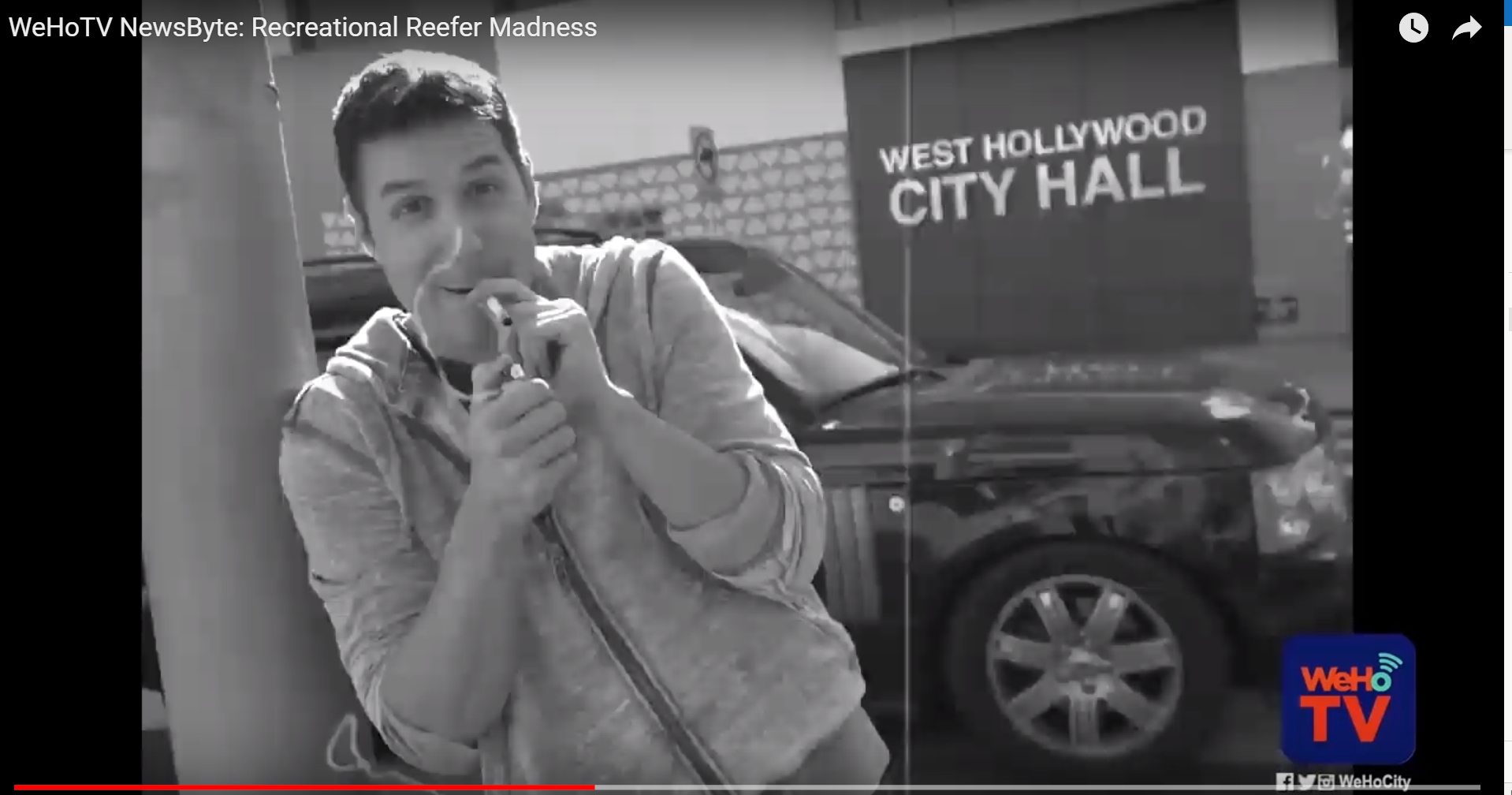 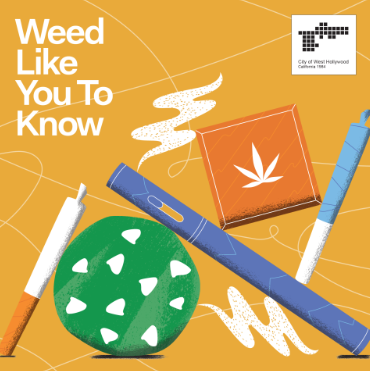