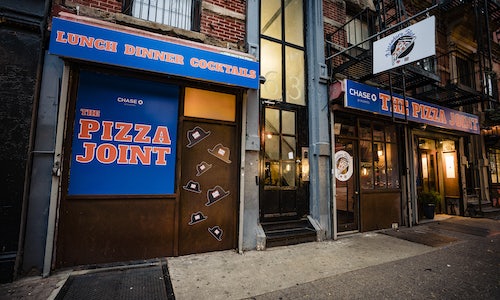 With a star-studded roster of new rookies joining the team and seasoned NBA players making their New York homecoming this season, this was an exciting year to be a Knicks fan. BuzzFeed and Chase wanted to create an experience that brought together old school nostalgia and the current hype, and give Knicks fans an opportunity to connect with each other in a way that channels the energy and spirit of New York.

At the same time, BuzzFeed and Chase were eager to build on their successful partnership and explore new and unique ways to reach and engage their audiences. Chase tapped into BuzzFeed’s modern marketing operating model to expand their relationship beyond traditional custom content and media to also include experiential marketing. BuzzFeed has a track record of producing experiential activations that effectively bring brands to life. In order to support Chase’s long standing partnership with the New York Knicks, Chase and BuzzFeed launched their first-ever experiential activation together, “The Pizza Joint,” a 15 day experiential pop-up in New York City that drummed up excitement for the new season of Knicks basketball and the Knicks’ merchandise collaboration with Run DMC by celebrating iconic New York traditions.

Chase and BuzzFeed came together to open a limited-edition pop-up “Pizza Joint” to fuel excitement for the return of Knicks basketball by celebrating New York’s greatest traditions: pizza, Knicks, basketball, and legendary hip-hop.

In order to capture the spirit of NY, they chose to take over the iconic pizzeria, Speedy Romeo, in the heart of the Lower East Side of Manhattan, given its credibility among downtown Knicks fans and reputation as a classic New York pizza staple. In just 30 days, BuzzFeed transformed the pizzeria into a haven for Knicks fans and a tribute to the legendary hip-hop group Run DMC from Nov. 8 through Nov. 22. By covering the space with vintage Knicks footage and retro collectibles, The Pizza Joint gave New Yorkers the opportunity to take a step back into an epic time for one of the NBA’s most storied franchises and enjoy a taste of old school New York.

The pop-up featured dedicated programming to appeal to all types of Knicks fans throughout its run. Fans were able to sign up for special events including: Knicks Show & Tell where fans showcased their beloved memorabilia for a panel of surprise judges; Basketball & Bedazzling where fans decorated their favorite Knicks gear; Knicks Speed Dating where Knicks fans bonded over their shared qualities of resilience, loyalty, style and confidence; and Knicks Trivia and Jock Jams Karaoke, where diehard Knicks fans flaunted their expert knowledge and belted out their favorite retro soundtrack.

As part of the themed activation, The Pizza Joint served individual slices from the “A Legendary Slice” stand, featuring specialty New York-themed slices such as “I’m Walking Here” and “The Garden.” Customers could also enjoy a complete meal with a fully immersive experience in the decorated restaurant and Knicks-named menu items.

To bookend the pop-up, Chase and BuzzFeed hosted an opening party to kick off the activation and build awareness, and a closing party to celebrate a successful run. Both parties featured buzzworthy talent like Rev Run, Darryl “DMC” McDaniels & former Knicks players, live performances, celebrity appearances, an open bar and bites, diehard Knicks fans, and of course pizza.

Beyond The Pizza Joint, BuzzFeed and Chase created an omnichannel program that ran during the same timeframe. To support the pop-up, the multifaceted campaign included custom content and media that ran across the BuzzFeed network, integrations at Madison Square Garden, Twitter and Spotify.

The Pizza Joint was successful in raising awareness for Chase’s partnership with the NY Knicks. More than 2,000 people enjoyed the pop-up experience throughout its run. The perks for Chase cardholders effectively drove additional foot traffic, with more than 450 slices sold to Chase cardholders and more than 1,600 merch items redeemed with Chase cards.

As the world’s leading digital media publisher, BuzzFeed leveraged its powerhouse marketing operation to extend the pop-up’s impact digitally and create content to promote the experience. BuzzFeed produced 12 Instagram Story assets and a long-form video featuring BuzzFeed Creators and local talent sharing their authentic New York stories, which accumulated more than 1.3 million views and 14 million content impressions. These assets saw a view-through rate 80% higher than the benchmark. The BuzzFeed audience was also active on social with more than 11k engagements on pop-up related content, including an Instagram engagement rate 160% higher than average. The BuzzFeed audience was interested in learning more about the pop-up, with Instagram Stories driving a 1.23% swipe-up rate, as compared to the 0.16% benchmark. 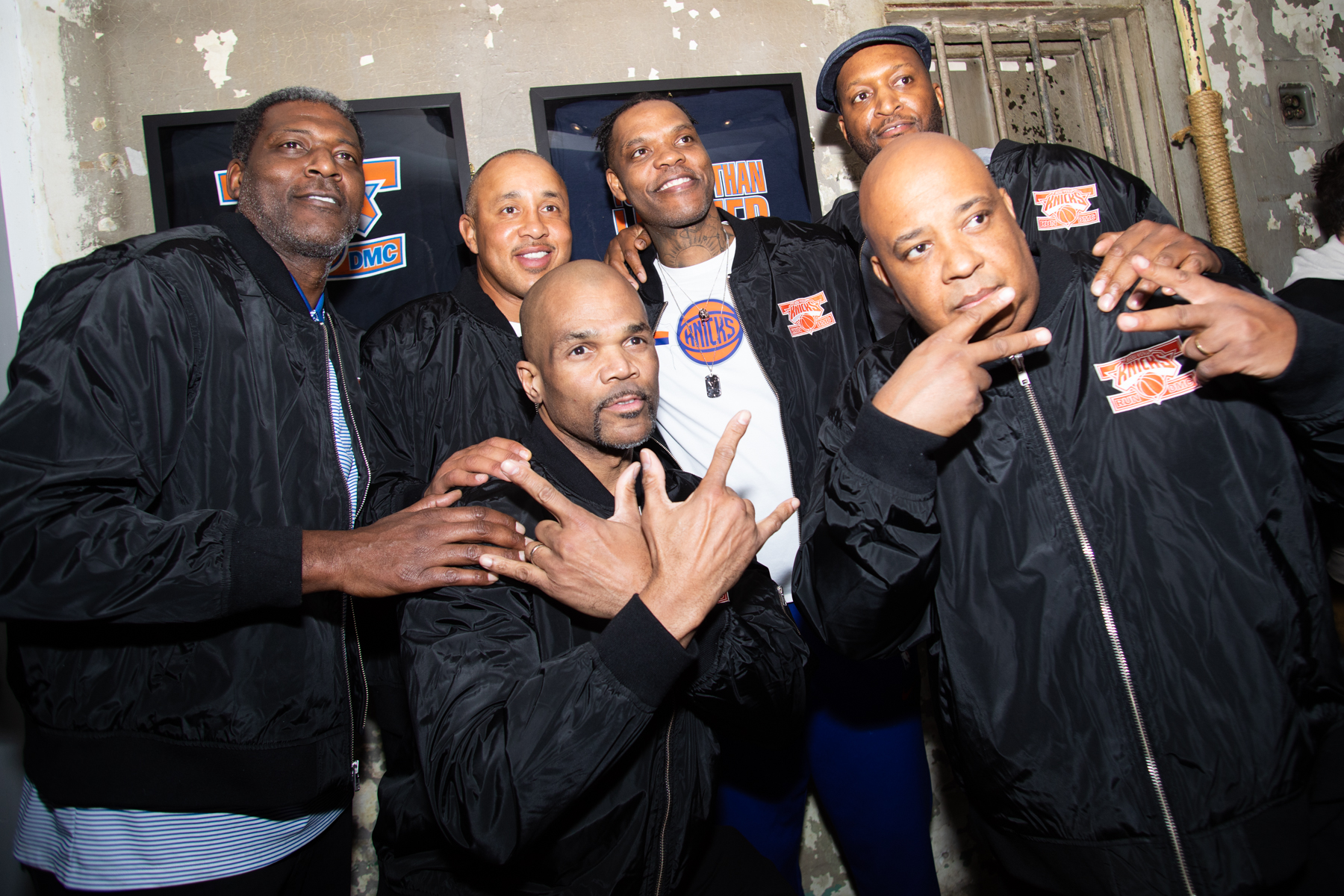 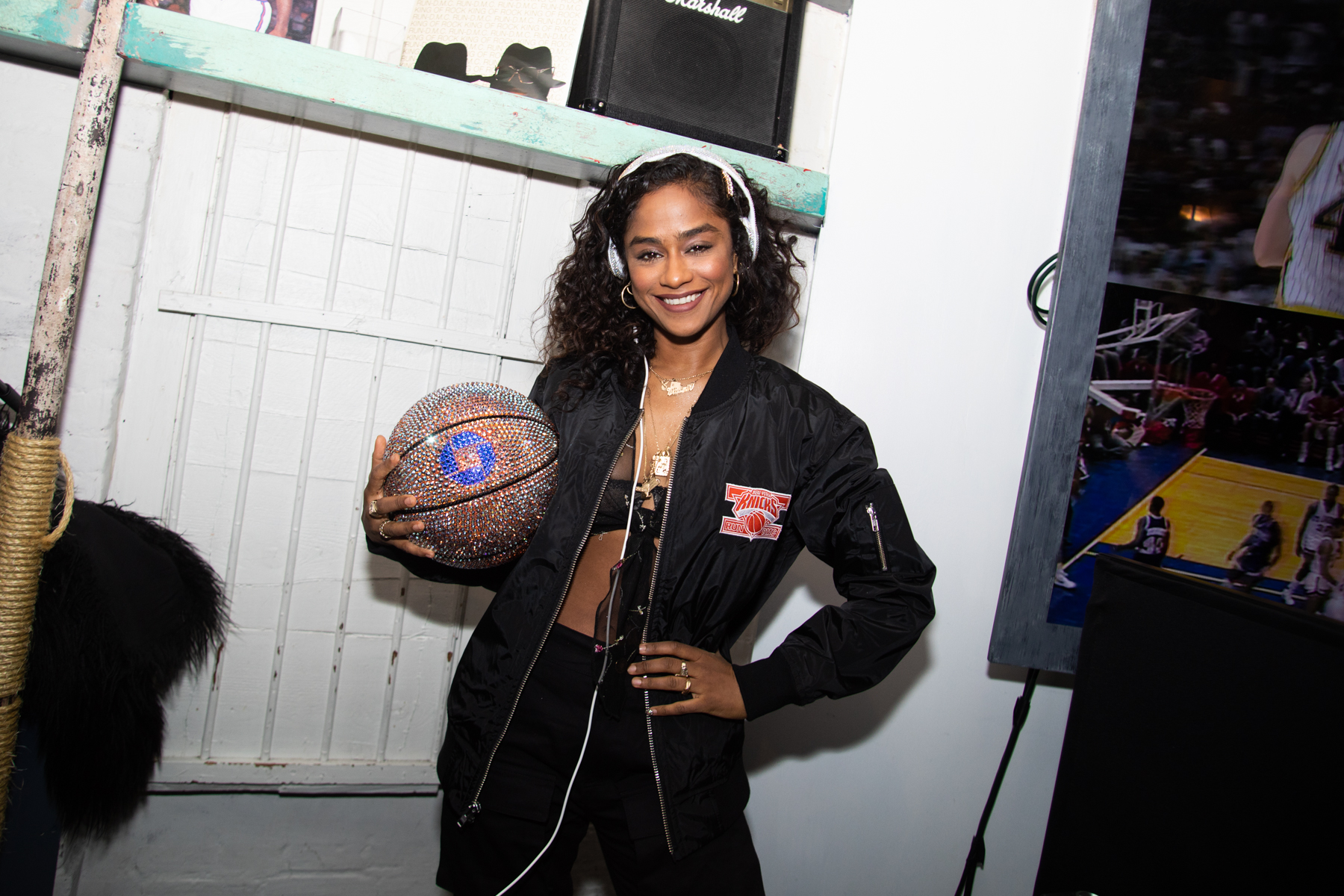 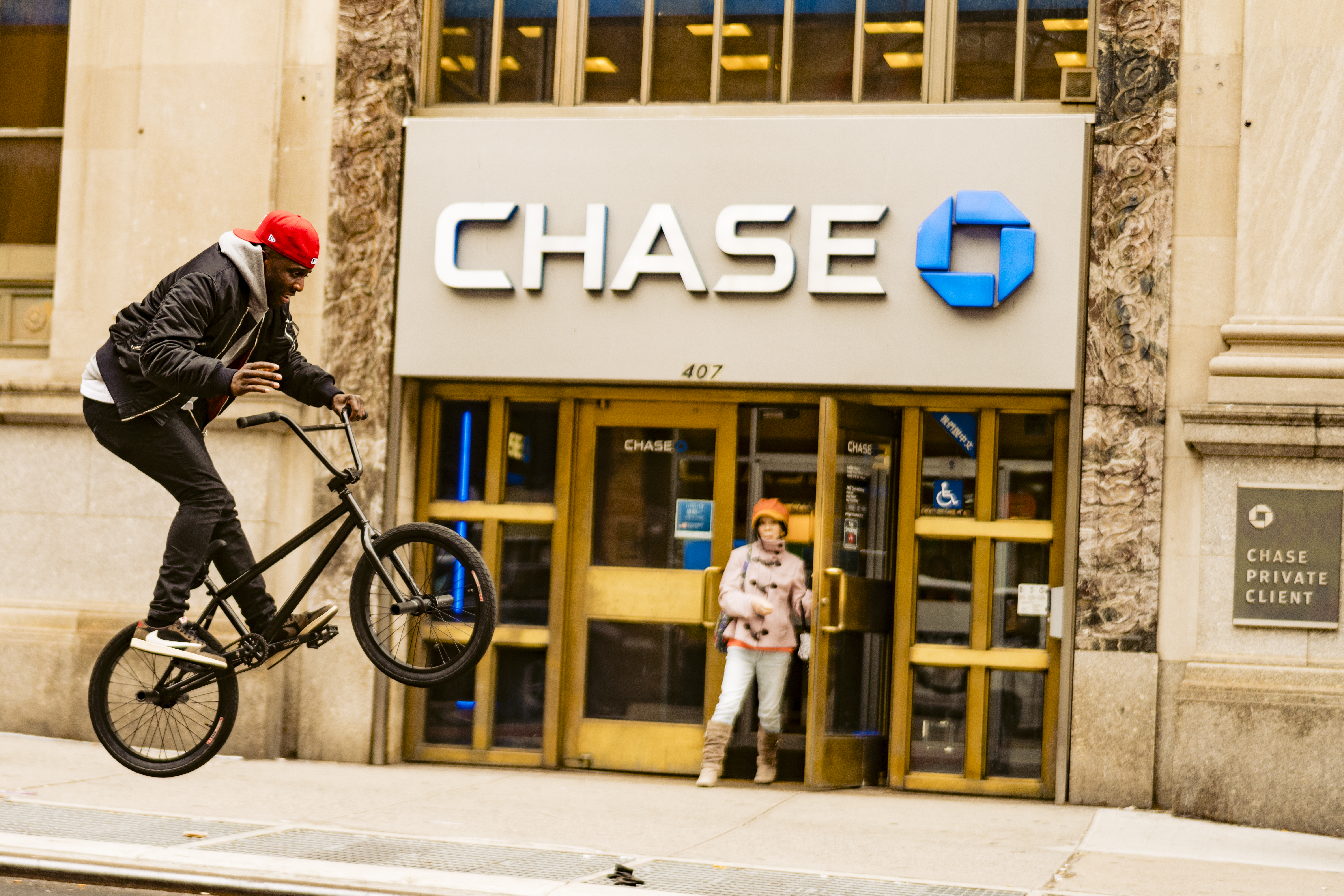 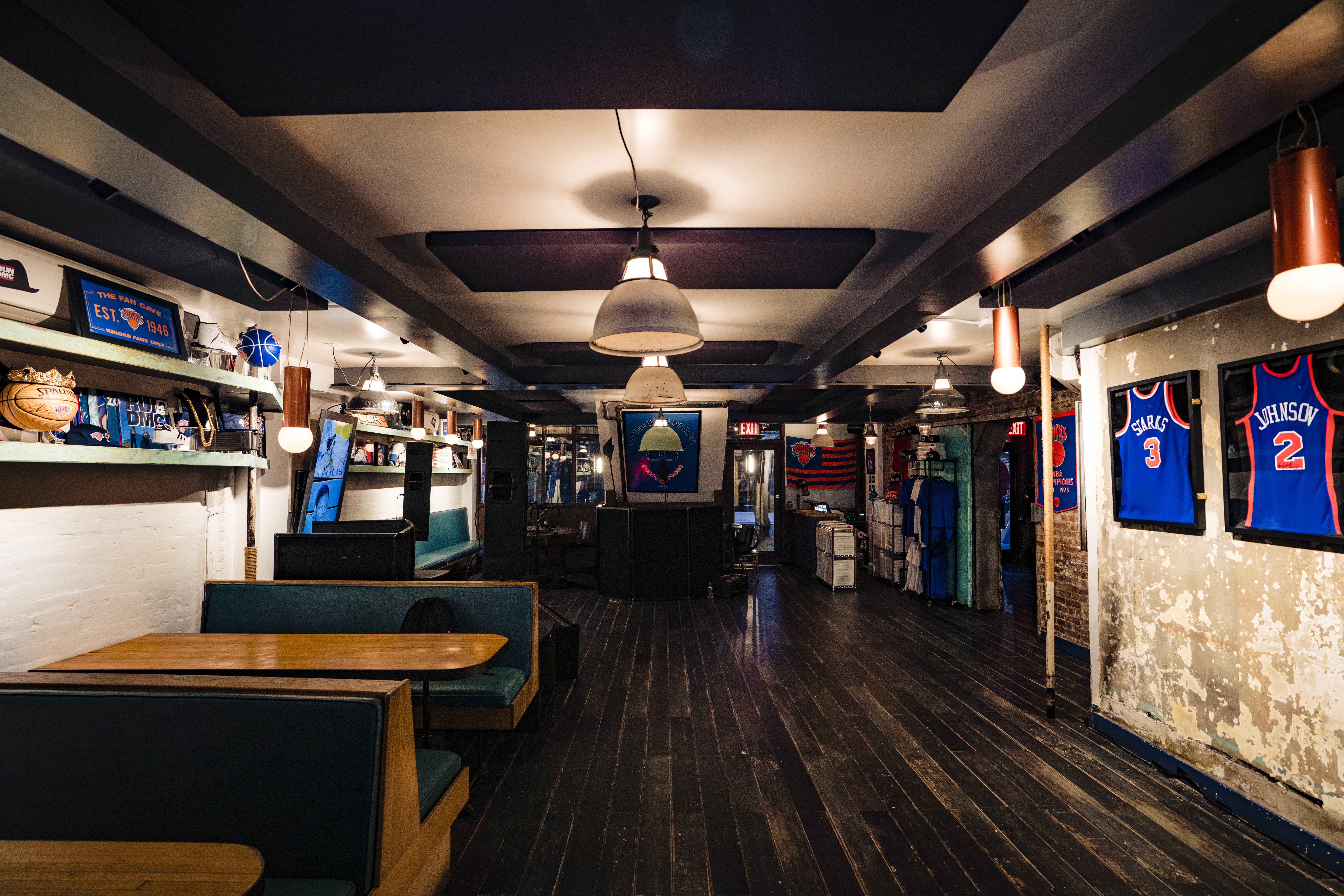 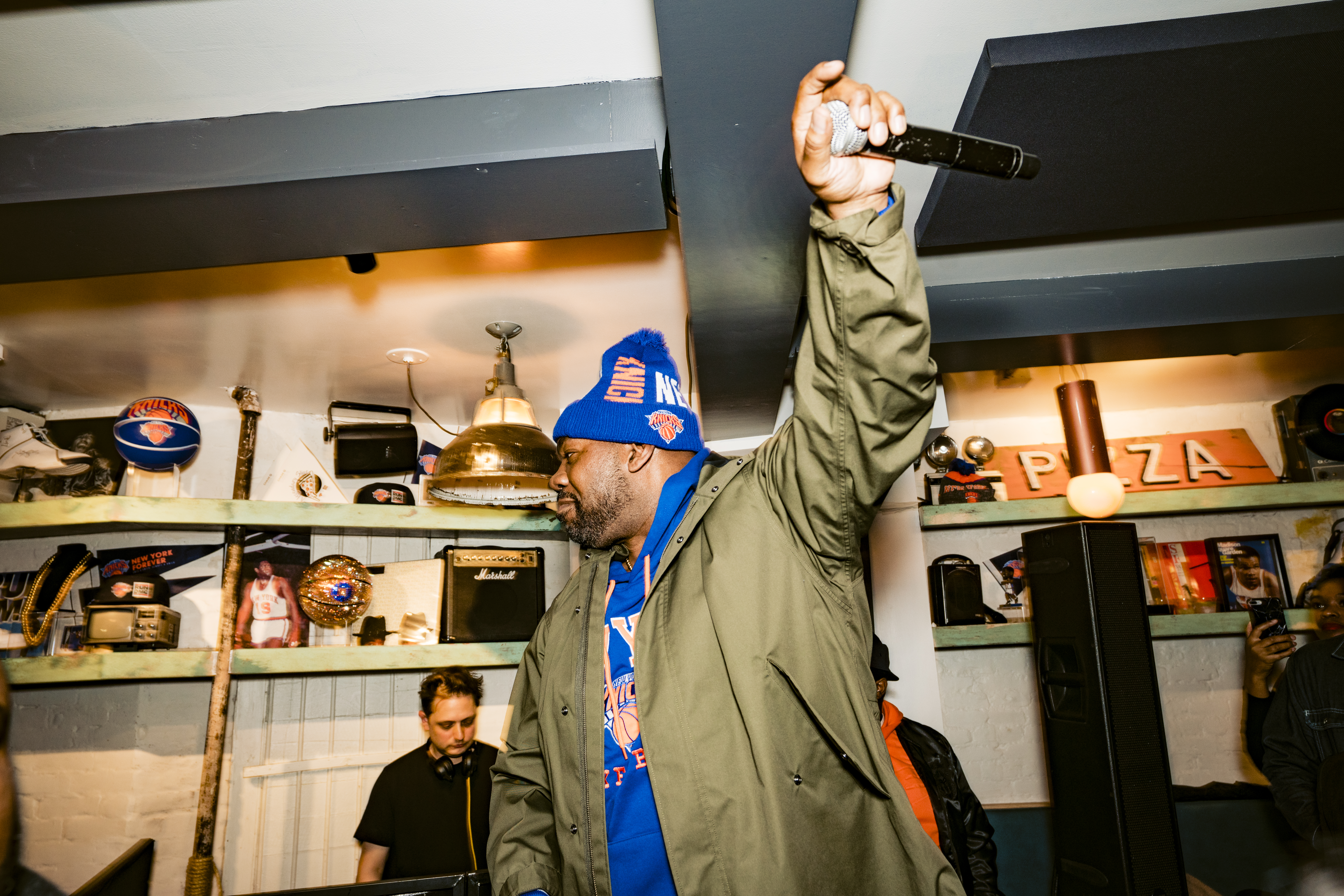 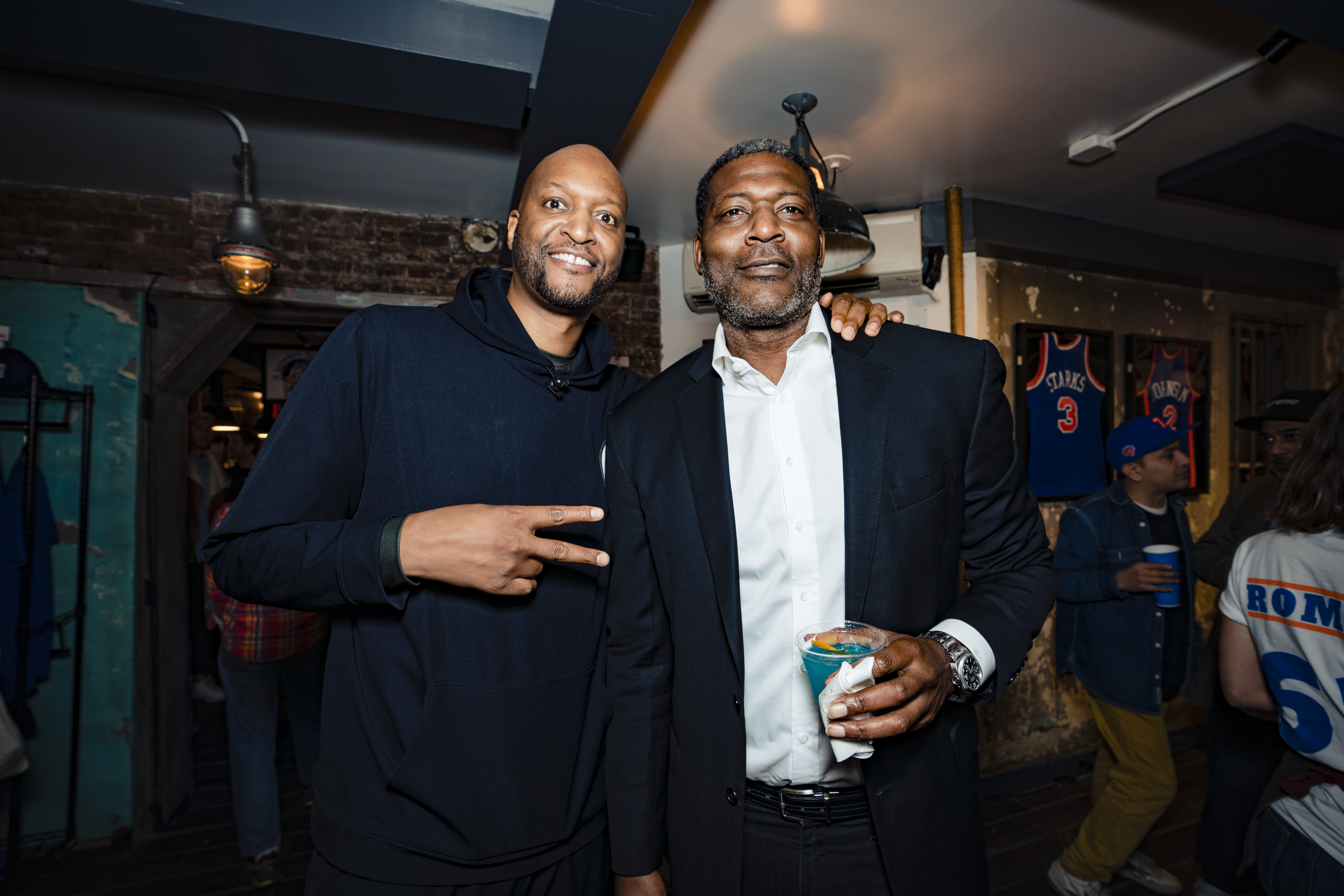 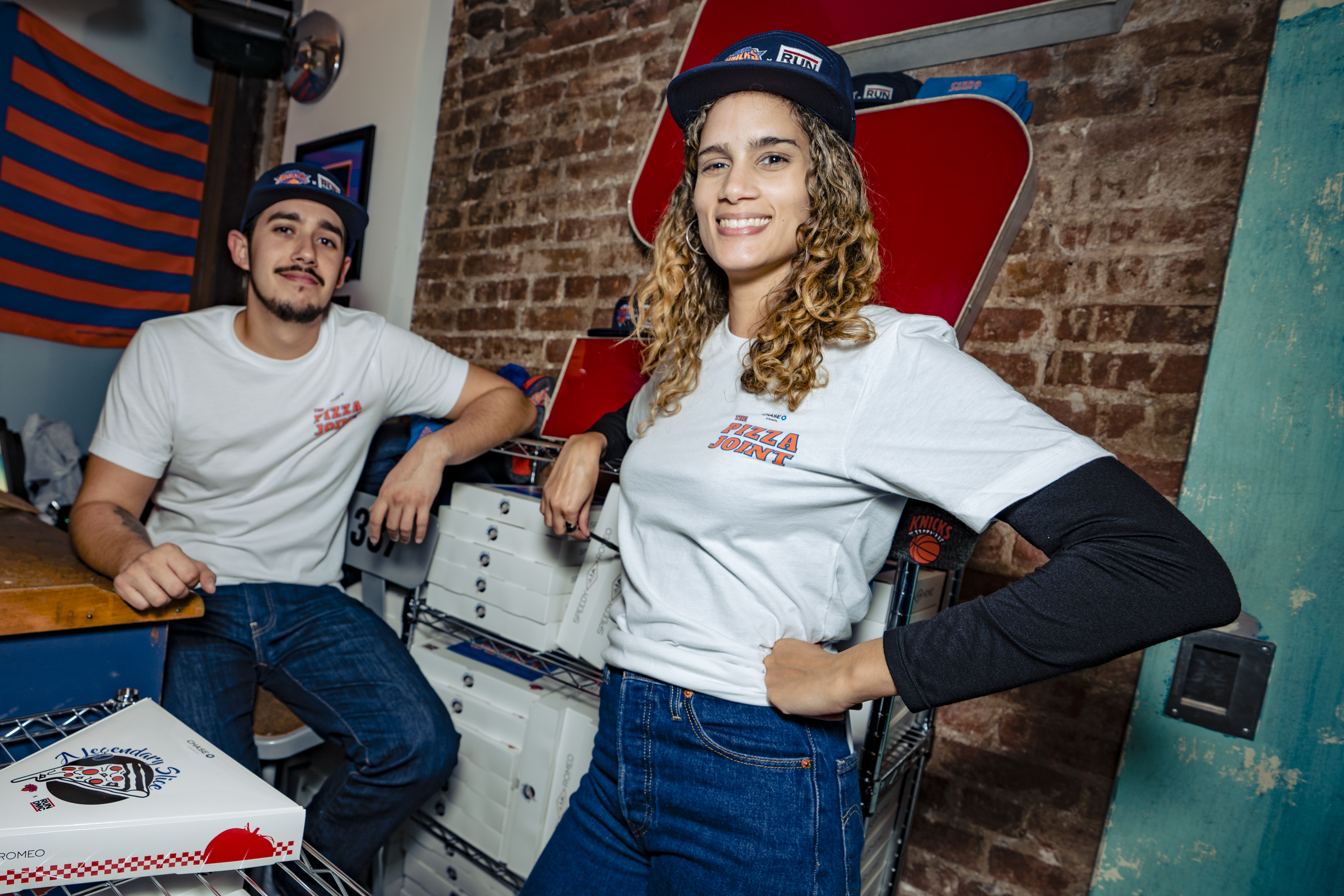 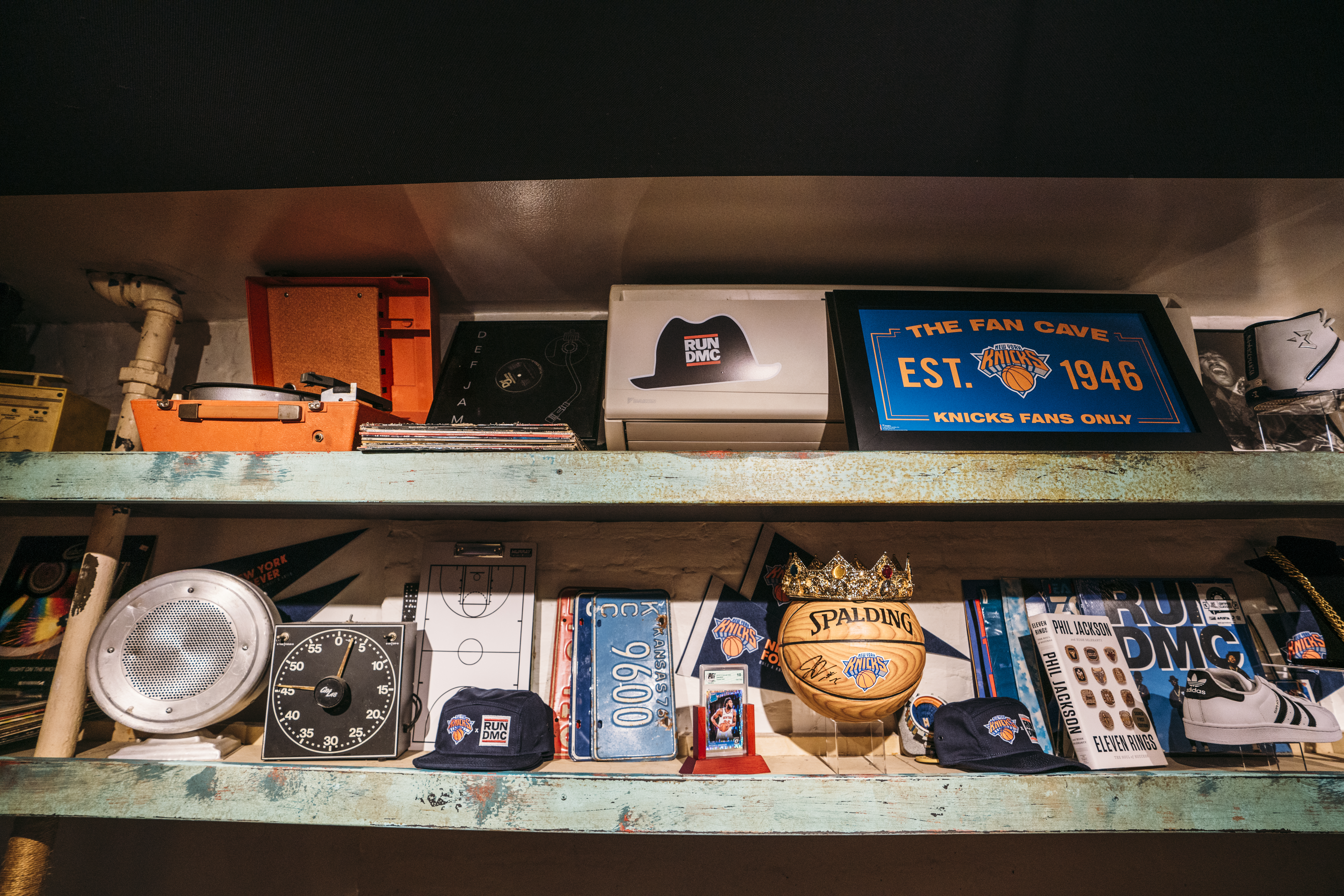 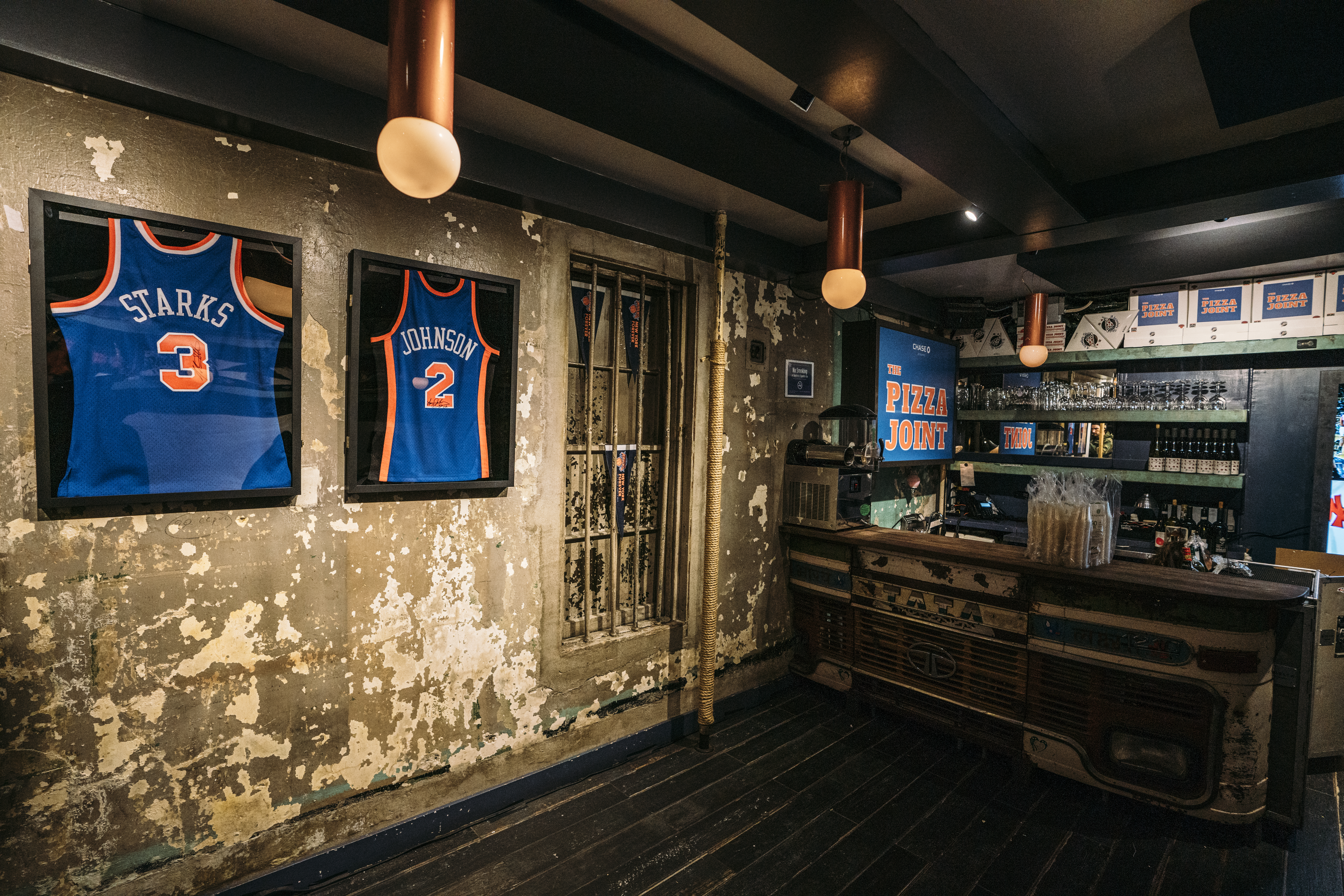 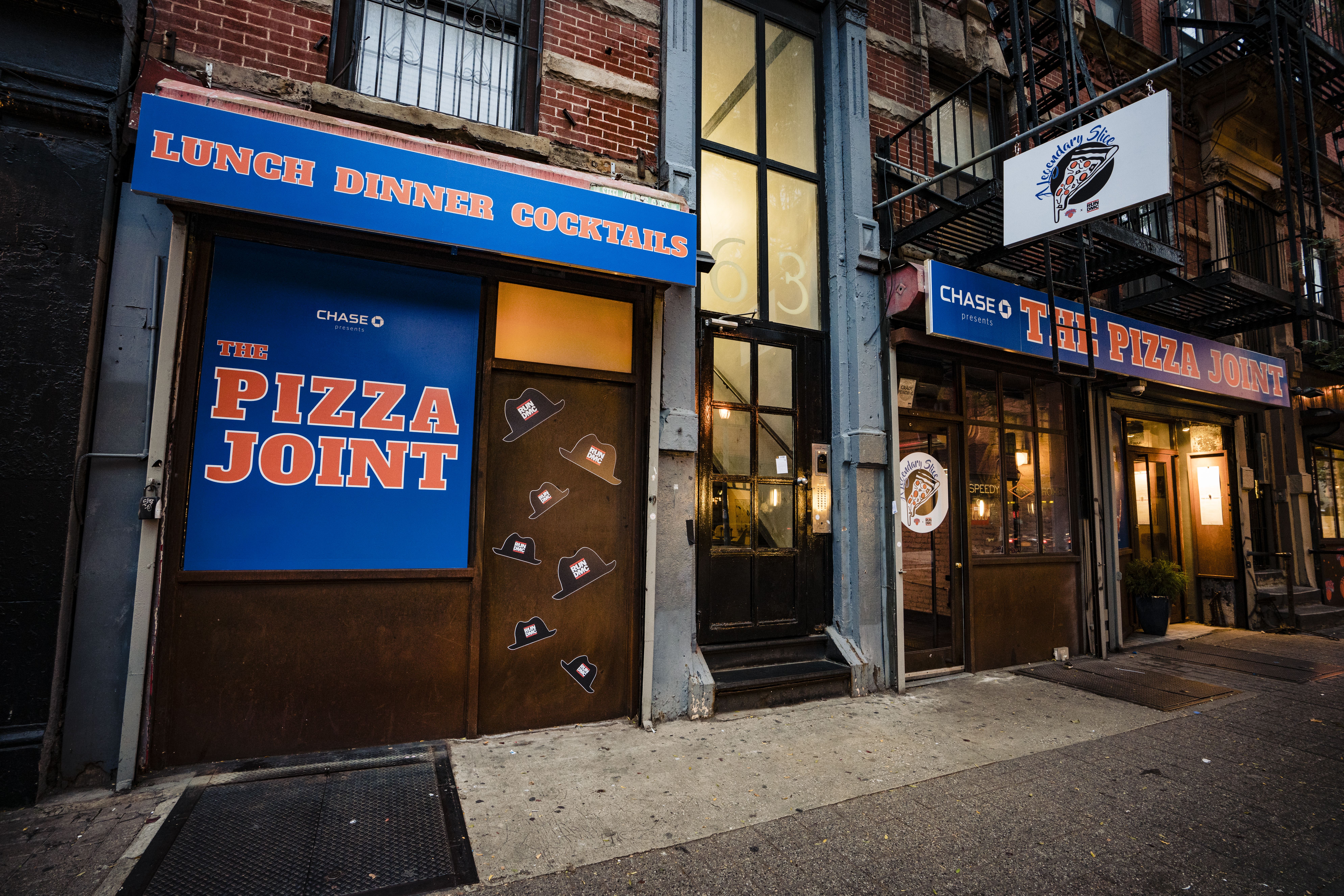