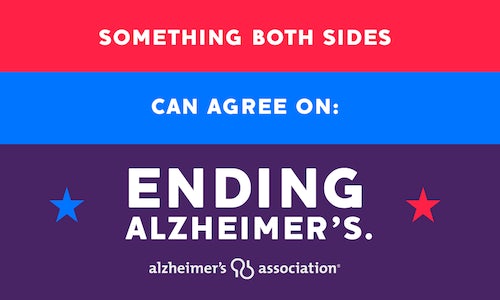 Create a breakthrough campaign that increases unaided awareness by X%* of the Alzheimer’s Association and concern for the disease during the 2020 election cycle, running media during the debate with a timely message: United.

The current red versus blue political tension in this country is palpable. For the Alzheimer’s Association, this created an opportunity to take advantage of and make a major awareness push to advance the mission of the Association. This was a chance to create work that gets people talking. Consumers across the political spectrum who are voters, but likely not political activists, but can recognize a major public issue, Alzheimer’s disease. While concern levels are strong and awareness of the Alzheimer’s Association is growing, they needed to accelerate. One way to do that is to identify opportunities when an important cultural moment can be a catalyst to increased awareness – and a perfect one happened to be the upcoming election. We needed to leverage this cultural moment to ignite awareness.

A tumultuous and polarizing sociopolitical environment has left consumers with a sense of hopelessness: only 18% believe that Americans who don’t see eye to eye will find common ground in the next year.  And divisive rhetoric will likely only increase during the 2020 election. But even at our most divided, there are a few rare moments when we find something we can all agree on. Alzheimer’s disease knows no color, no gender and no political party, and 79% of consumers across the political spectrum believe finding a cure or treatment for Alzheimer’s disease should be a high priority for our government.  Alzheimer’s disease devastates all, and we need the momentum of all of us to fight it. Our main idea is: The fight against Alzheimer’s isn’t blue or red, it’s both; it’s purple, and that’s the Alzheimer’s Association.

With low production budget and a fast turnaround, we created vibrant, bold, illustrative graphics to get the word out via media which was flighted during the political debates via TV and social media. The media buy was real-time as it corresponded with all Twitter flighting at the same time the TV spot aired. Within social media, we specifically ran ads on Twitter as we knew conversations would be happening as people watched and wanted to target our messaging in real-time. We saw reactions to the TV spot during the debate as people @replied the Association resulting in a 148% increase in mentions .

The key feature to this program was during the political debates TV was flighted with our timely campaign messaged of being United. Promoted tweets were targeted to feeds as people tuned in and saw the TV spot as well as heard from the political candidates live.

Overall we saw unaided awareness for the Alzheimer’s Association increase by X%*, surpassing our goal by 7%.

For the ads on Twitter which ran during the debate we saw: 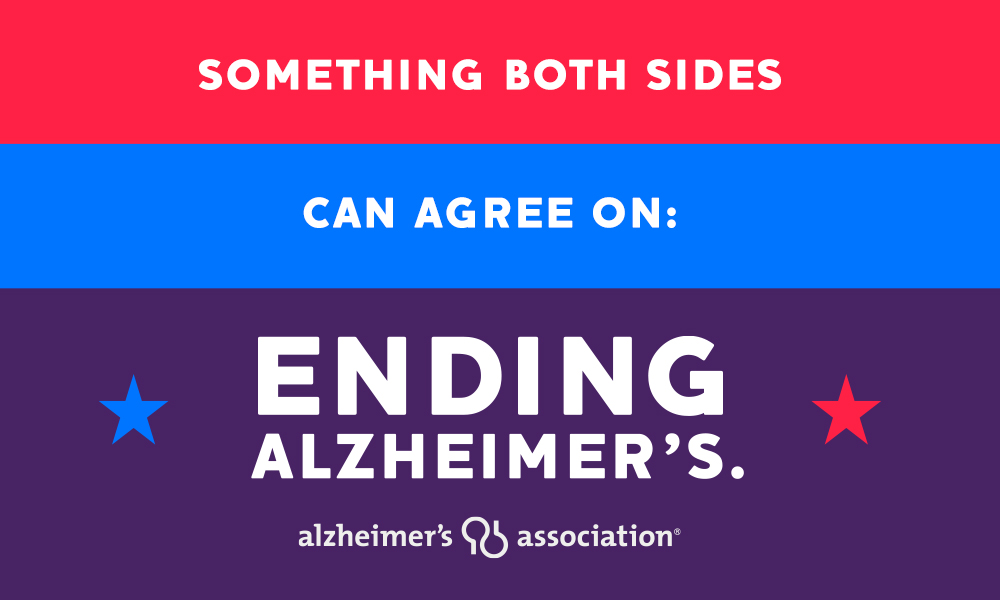 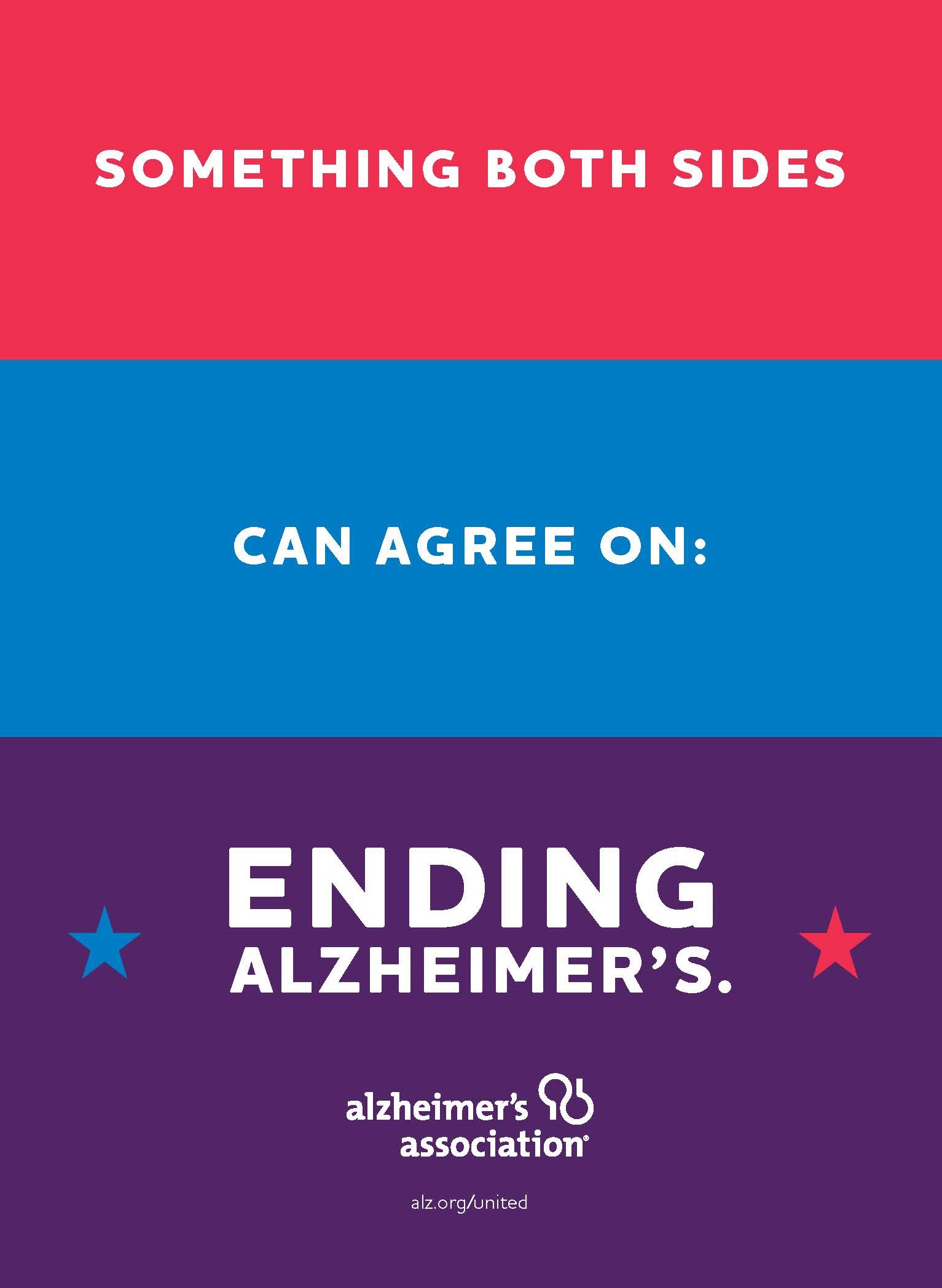