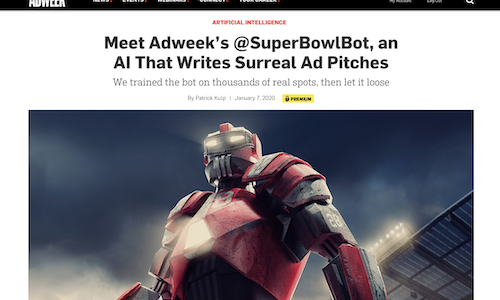 The creative and marketing potential of AI has evolved at an unprecedented rate in the past year, but how close are we to a world in which machines can write compelling ads and stories?

Adweek, the world's largest marketing publication, decided to find out by creating our own custom AI, one built on today's most state-of-the-art text-generating platform: GPT-2. The result was the Adweek Super Bowl Bot, trained on 4,500 Super Bowl ad descriptions and more capable than any AI in history of writing a creative pitch.

Our goals were twofold:

For Adweek's readers and social media followers, the Super Bowl Bot was a daily source of entertainment and debate around the creative potential of AI, timed around advertising's biggest event of the year. For the Adweek team curating the bot on the back end, though, it was a fascinating daily plunge into the most dauntingly (and often disturbingly) advanced AI available to the public.

Each day, the Super Bowl Bot would generate ideas for Super Bowl ads, which Adweek's team would format into easy-to-read posts on Twitter and Instagram. As the bot became more popular—and more advanced thanks to our continued training via added Super Bowl ad-centric data sets—more of its concepts were generated by request.

Fans on Instagram and Twitter would submit their own prompts for the bot, such as an ad starring Mark Hamill (whom the bot had riding the subway and sharing a beer with passengers while he talked about Yoda being disappointed in him) or an ad about Olive Garden (for which the bot had Matt Damon stomping around the restaurant yelling "Saveur!")

One fan called the Super Bowl Bot "a hilarious thought experiment and a fun sneak peek into what the future has in store for creative advertisers." More breathlessly, another follower said: "Everyone pls look at @SuperBowlBot it is like a bad acid trip I’m SCREAMING we’re reading them at work today."

A few other results from the Super Bowl Bot:

Perhaps most surprisingly, one of the bot's ad ideas was even produced by the real-world client. Frequent Super Bowl advertiser Wix turned the bot's ad pitch into a full video posted to social media.

Adweek has also been approached by a wide range of companies, including major tech players in the AI space, to partner on future projects that are even more ambitious in scope. Combined with the number of lessons we learned about AI along the way, it's clear the Super Bowl Bot will end up proving to be the starting point of many future projects by the Adweek team. 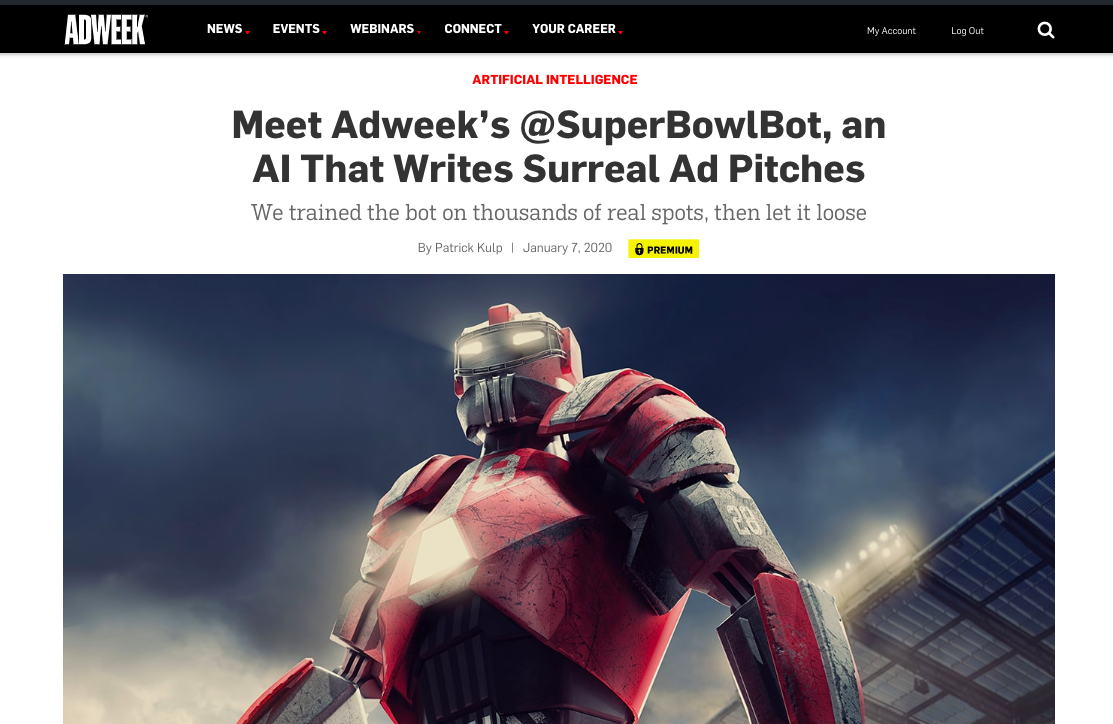 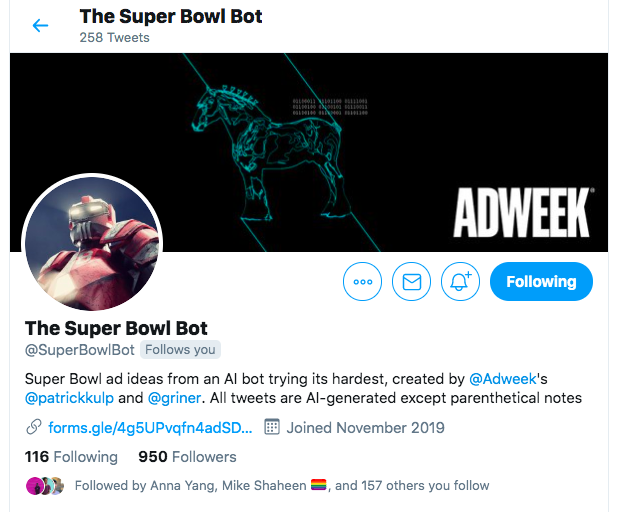 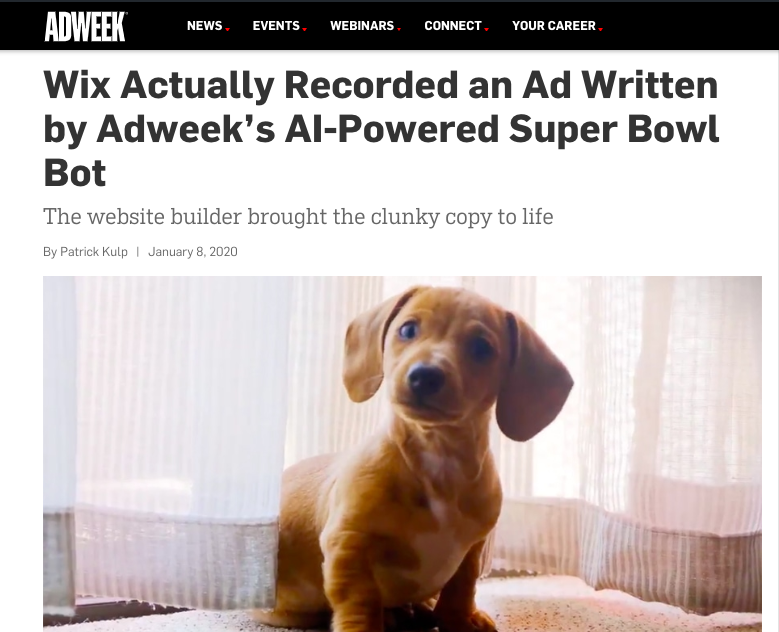 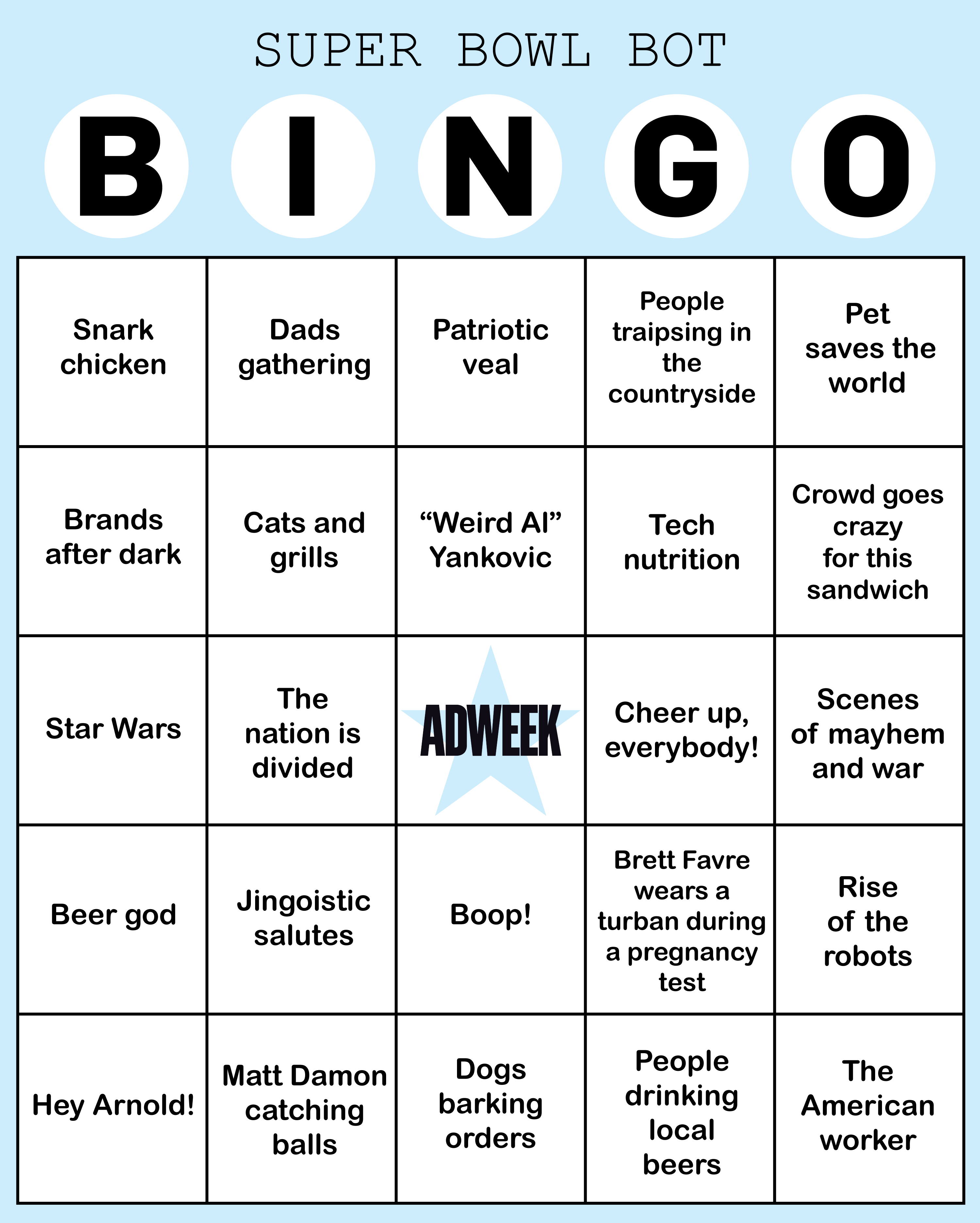 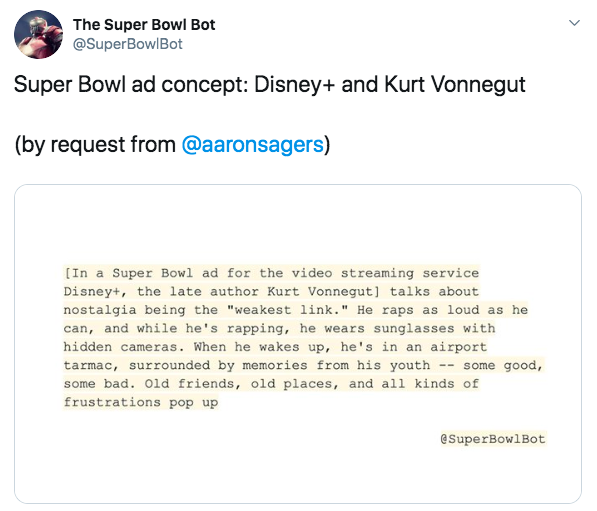