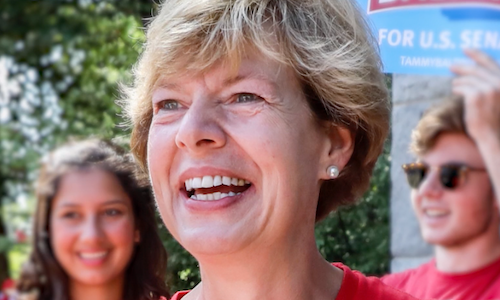 The Human Rights Campaign represents more than 3 million members and supporters nationwide. As the largest national LGBTQ civil rights organization, HRC envisions a world where LGBTQ people are ensured of their basic equal rights, and can be open, honest and safe at home, at work and in the community.

In 2018, HRC's Equality Votes PAC knew we had to reach "Equality Voters." HRC was prepared to launch a digital ad blitz ahead of the crucial 2018 midterms, and prioritized races in key swing states and districts. These ads ran in Arizona, California, Florida, Georgia, Kansas, Minnesota, Nevada, Texas and Wisconsin.

HRC endeavoured to turn out Equality Voters using ephemeral videos on social media to ensure they made their voices heard in this critical election. In doing so, HRC helped to elect pro-equality members of Congress and key officeholders around the country.

Partnering with the data and analytics firm Catalist, HRC created an "Equality Voter Model," building on decades of voter and polling data to assess the degree to which a person is likely to support pro-LGBTQ policies -- from marriage equality and adoption by LGBTQ parents, to laws that would prohibit discrimination on the basis of sexual orientation or gender identity.

Using the Equality Voter model, HRC's PAC showed these key voters short ads - almost all 6 and some 15 seconds- on social media channels to educate them about the LGBTQ records of candidates for Congress and other key statewide offices.

A sample of the ads can be found here.

The videos were released in a timely fashion, targeting voters in Early Voting states with a specific Early Vote message, as well as educating them about the candidates in key districts ahead of Election Day.

These ads were the only ads in the 2018 election cycle to target Equality Voters specifically, a group that is large enough to swing elections in many, many key swing states in the U.S.

HRC tested both style and messaging of ads, posting several flights ahead of Election Day to nail down our strongest look and message. Since they only lasted for a short period of time, we knew we had to get it right and created dozens of ads in the process.

This multi-million dollar buy had more than 23 million impressions and 22 million views. With more than 18 million completions, the average video completion rate was 67.04 percent. From the ads, there will also more than 60,000 clicks to hrc.org/vote, HRC's voter mobilization center. In each state where HRC ran ads in support of Senate candidates, those candidates won.