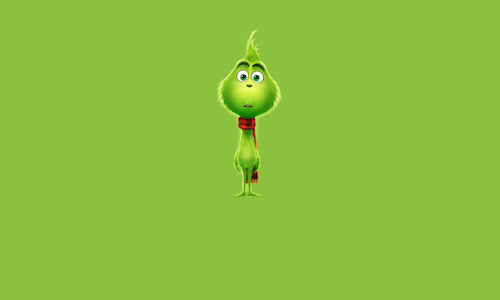 Challenged with bringing a new version of The Grinch to market two months before the holiday season, we leaned into Snapchat's technology to bring the Grinch to life and invite fans to have authentic interactions with the Grinch throughout our campaign – especially during key moments before the holiday season. We wanted to reach a young, millennial audience, broaden awareness, and work towards a big opening weekend box office number. We also wanted to leverage the unique technology within the Snapchat platform.

The partnership between The Grinch and Snapchat was unique in that there were multiple milestones during the campaign and we took full advantage of all of the technology that Snapchat had to offer.

An "always-on" strategy was applied to API products, while more premium products played a role in creating major platform moments. This campaign kicked off with a Back to School theme and a combination of Snapchat products. We launched the first ever dynamic, animated filter for a personalized user experience with a custom sticker pack that allowed us to maximize our reach in its first day. We kept that moment going by working commercials into Premium NBCU Content as well as Snap Ads. The campaign then tapped into another significant cultural moment with Halloween-themed National & Snappable Lens (inspired by favored, pre-existing, organic lenses). Users were able to trade snaps with friends to create thematic photo collages.

During the week of the movie's release, the campaign shifted focus to highlighting the Grinch's outrageous attitude with a Lens playing a fight between Santa and the Grinch. Not only did the Lens keep users engaged, but it also drove Snapchatters to a ticketing link. The campaign wrapped up with exclusive experiences for fans with targeted geo-lenses for theme parks and on location at the New York City premiere.

The Grinch premiered #1 at the Box Office, bringing in over $67 million. Ultimately, Snapchat played a significant role in driving awareness towards The Grinch movie, with promos reaching over 40M unique users on the platform, for a total of 194 million impressions across the campaign. Average playtime (defined as time users spent actively engaging with the AR) greatly exceeded Universal benchmarks, coming in at 9 seconds over the average for Lenses. Multi-Product exposure lead to a +17pt lift in Watch Intent for users aged 25 and over. 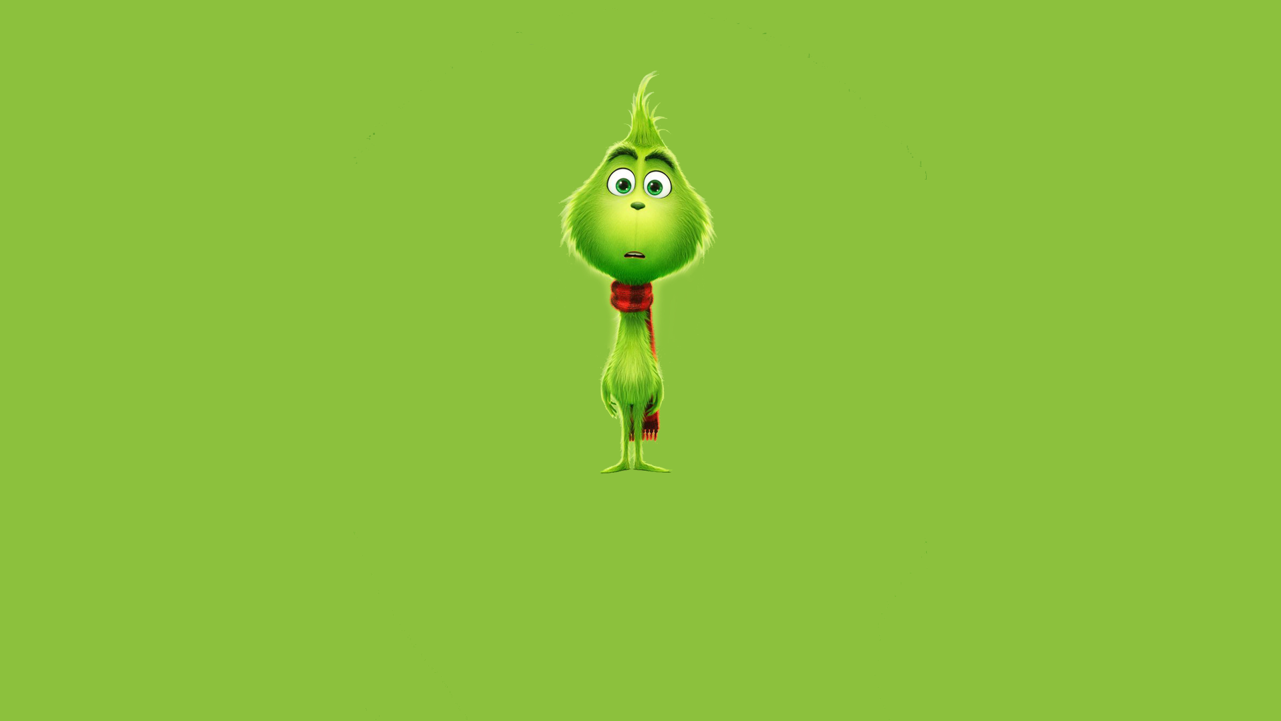 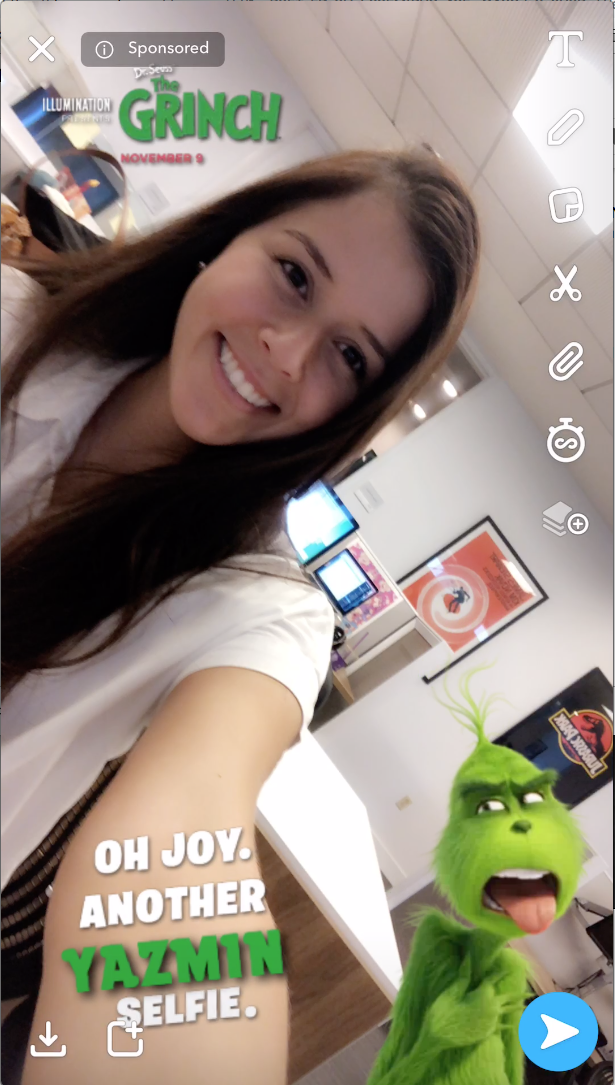 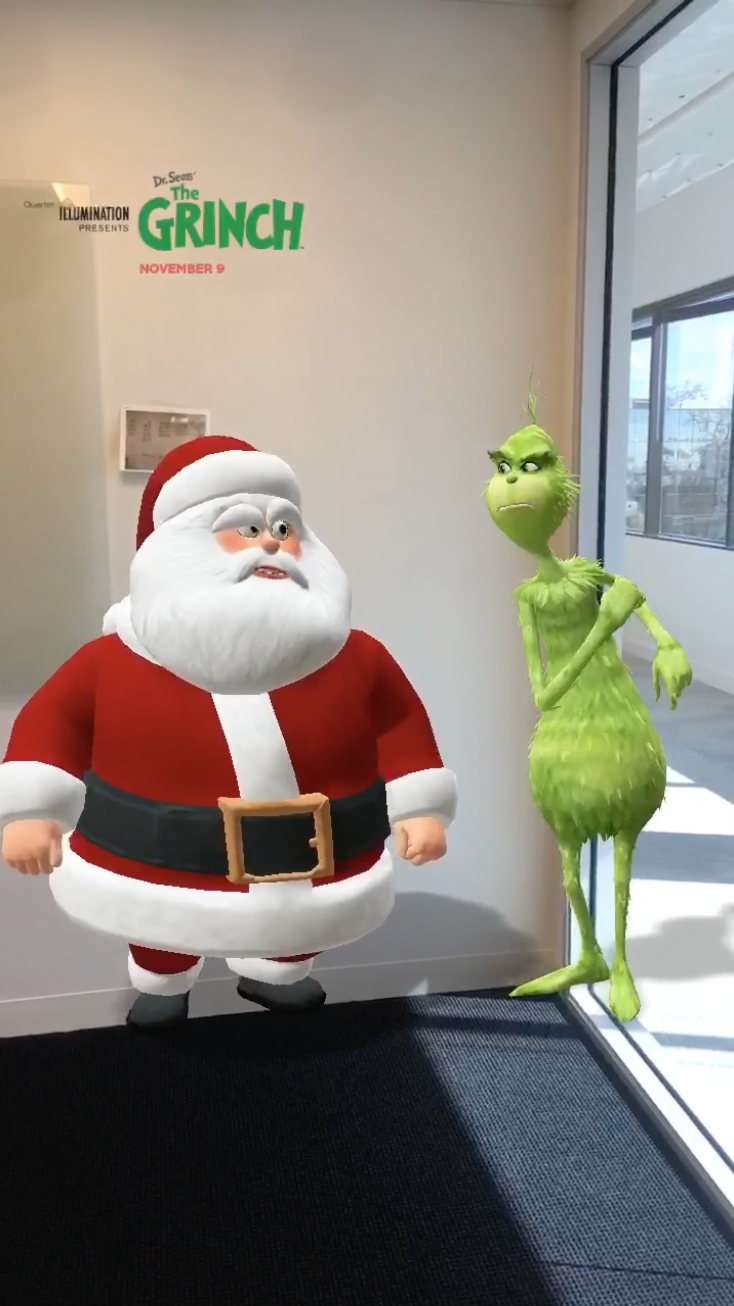 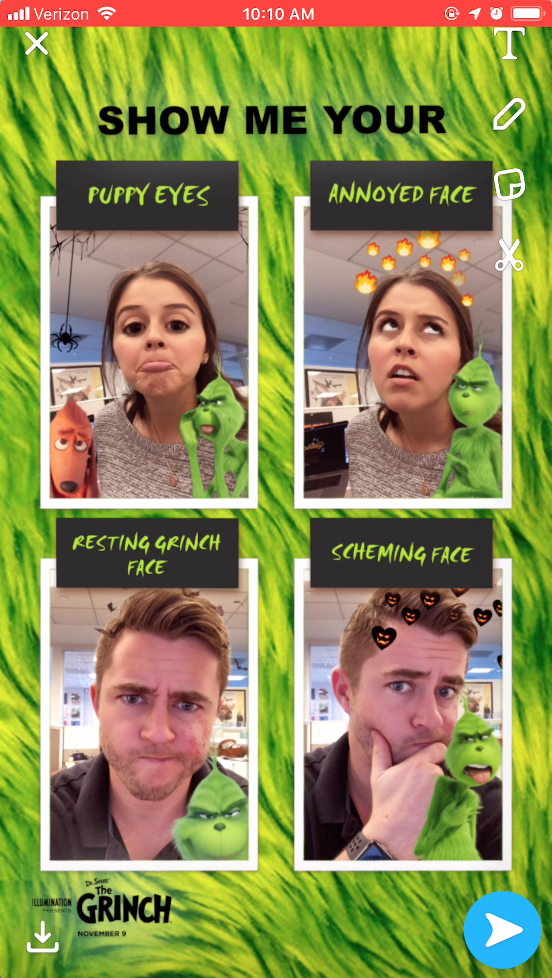