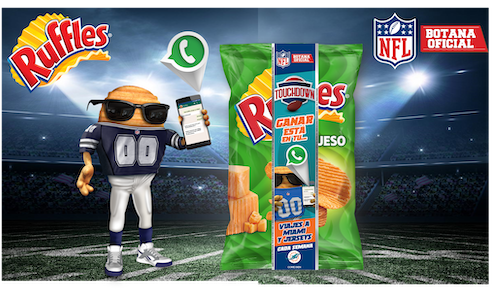 Ruffles is the flavor for the audacious. To solidify the go-getter attitude, we created the first promotional campaign alongside the NFL and WhatsApp.

Our main objectives were to boost brand engagement, help us better understand our audience by getting to know likes, dislikes, expectations, hobbies, etc, and to increase redemption rates of our promotional campaign within our core target, Gen Z. In a generation where messages disappear instantly, and stories are told in 10 seconds we needed to shine and leave a long lasting impression. We knew that to reach our audience in a meaningful way we needed to reach them through a channel that they already used constantly.

NFL season is the most expected time of the year for our audience, so we decided to engage with them by disrupting the usual strategies and bringing our brand icon Ruffilio to life. Ruffilio's objective was to become an engaged fan just as our core audience and help them feel the excitement about the NFL. Ruffilio shattered old structures and became the face to interact with the audience for the first time. Introducing WhatsApp as an official brand communication platform.

This is the first-ever promotional campaign launched within the WhatsApp platform, obtaining impressive results.

Our promotional campaign consisted in finding unique codes inside Ruffles bags, these were used as proof of purchase. In order to participate you only had to send the code directly to Ruffilio, our WhatsApp bot. The more codes you sent, the more opportunities you had to win each week. Ruffles´ exclusive prizes included mini jerseys, original jerseys and trips to Miami for an official NFL game.

Having Ruffilio as your WhatsApp contact was an instant success. We created a new bond between brand and consumer. For the consumers, redeeming codes directly through WhatsApp was easier since they already had the app, was faster compared to a web page and it was even cheaper since most cellular plans in Mexico include unlimited data usage for apps such as WhatsApp.

Our campaign had four main pillars:

By having less steps, we had more participants. We chose WhastApp since, according to Similar Web, it is the #1 instant messaging app downloaded in Mexico in both iOS and Android. We reduced enrty barriers and increased participation through a seamless experience. It was as easy as sending a text message.

Go-getter attitude comes through in all aspects in life, so if we want to be on consumers' Top Of Mind we needed to change the game. We wanted to reach our consumers through a new channel that opened up our brand to interact with consumers not only in a new way, but in a format that allowed them to not only register codes but talk with our brand icon Ruffilio to get to know him better.

Ruffilio as part of the gang!

Increase brand reach and engagement through a friendly face: Ruffilio. Interact with our audience in a new and intimate way that hadn't been done before. We knew that if we reached our consumers through this new channel the interaction wouldn't stop after they registered their codes, so to boost our brand engagement we developed "Small Talk" a trained neural network that identifies intents from the consumers' messages such as hobbies, favorite sports, favorite movies, relationships, With "Small Talk" we were able to engage with our audience through a more authentic way. During the campaign 1 out of every 3 users interacted with Ruffilio through small talk.

Small Talk also helped us gain a deeper knowledge about our NFL license and consumer preferences in order to develop insights for further campaigns. Through their conversations with Ruffilio our consumers shared their likes, dislikes, hobbies and even gave our bot relationship advice.

Preparing for the future

We plan on capitalizing the initial success we have built with this channel and we will be using it to run our main promotional campaigns during 2019 such as our Champions League promotion.

During the campaign we achieved the following results

- The average user spent 19 minutes per session registering codes and talking with our bot. 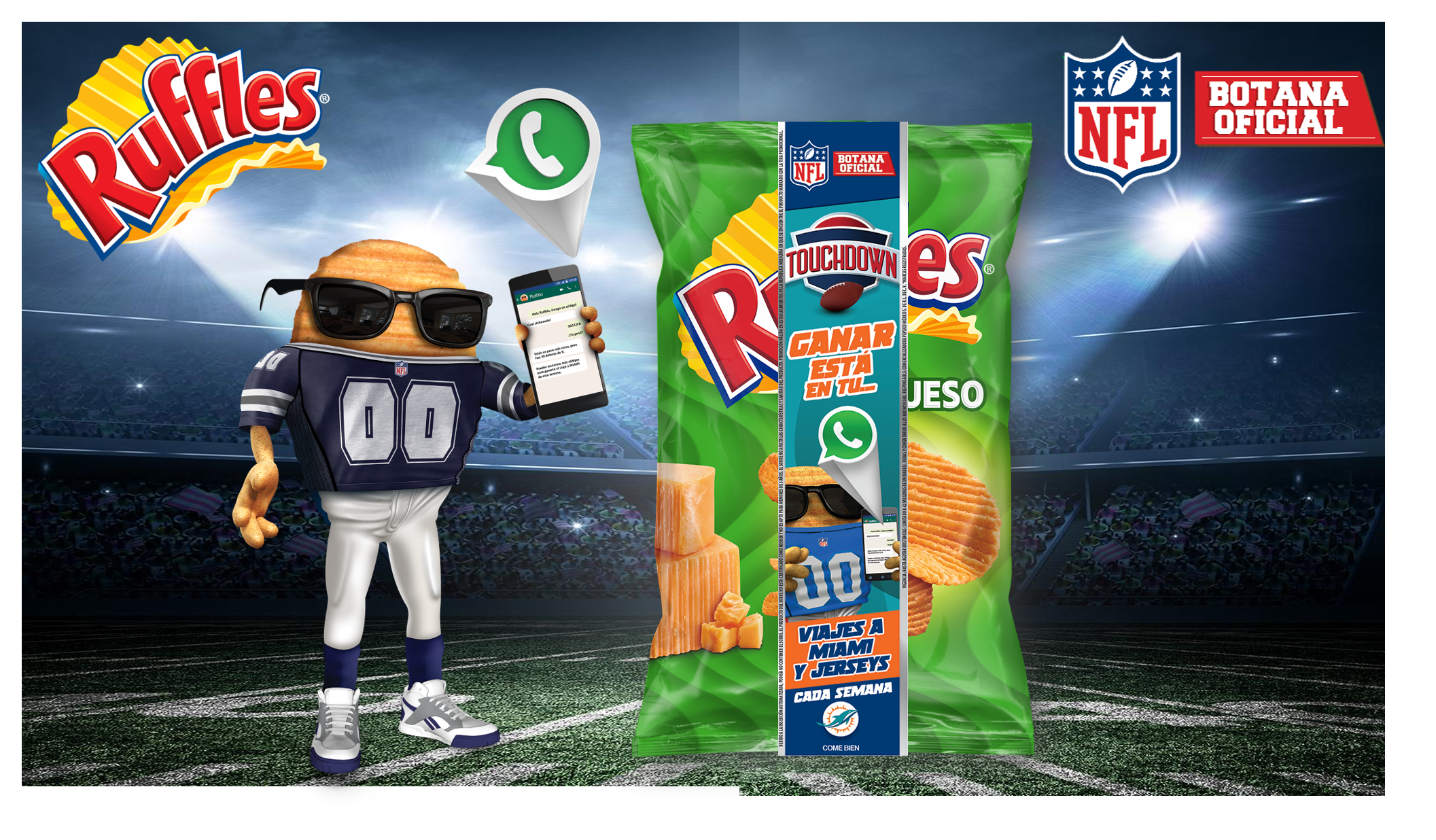 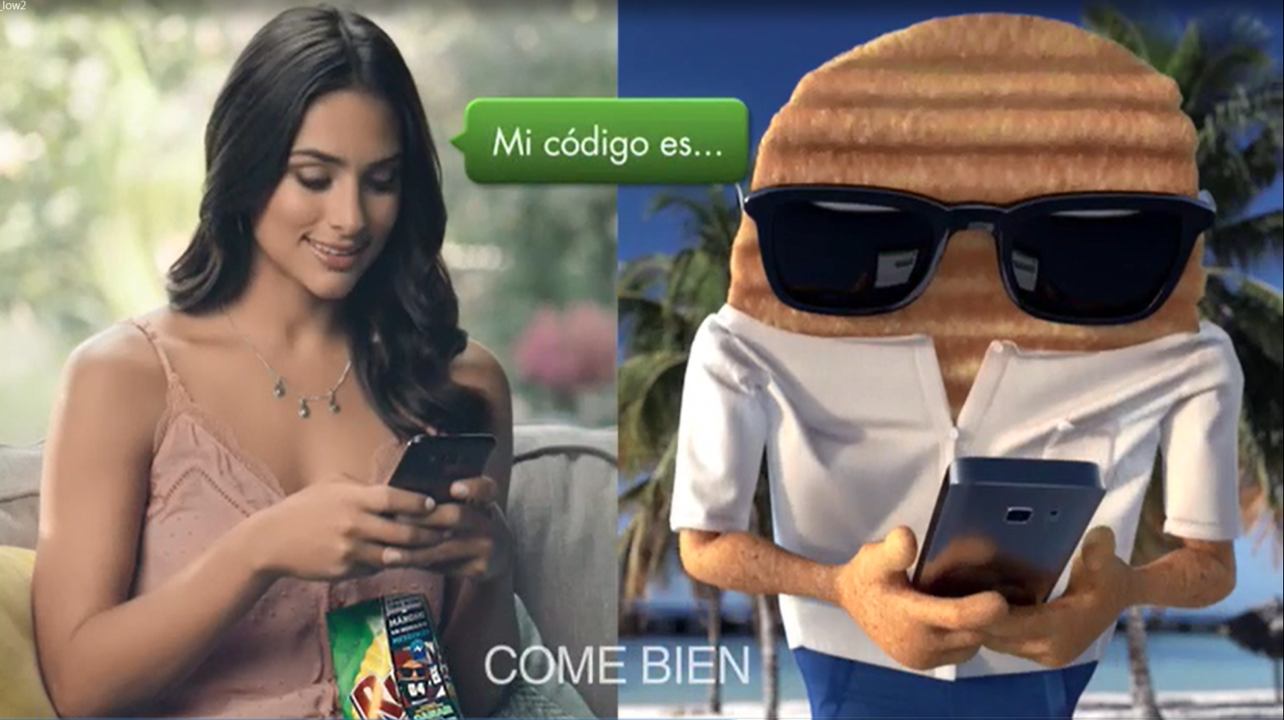