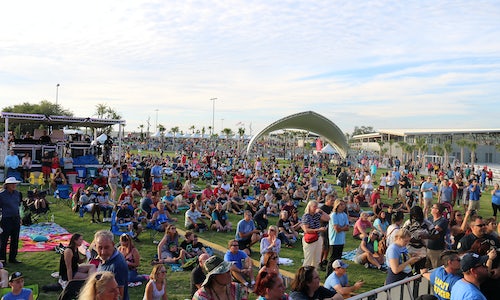 #RiverfrontRock was a social media campaign focused on the grand re-opening of a 25-acre park in the West River region of Tampa. The reconstruction of this park brought tremendous value to the local community, transforming what was formerly underutilized space into a place where locals could come together, relax, and play.

Riverfront Rock was a free 3-day celebration that featured a free concert by a national act, children's activities, a macaroni & cheese festival, Tampa's largest firework show, activities with local sports teams, and various demonstrations/performances by military personnel for Navy Week (which fell on the same weekend).

The City of Tampa developed a comprehensive social media plan that leveraged multiple platforms to generate buzz about the new park and get the word out about the free Riverfront Rock grand opening celebration.

Through tweets, Instagram stories, Facebook live videos, hardhat tour teaser photos, interactions with the concert headliners (Third Eyed Blind), and other digital means, the City of Tampa aspired to generate earned media from the event, and unite the community to celebrate the revitalization of not only Julian B. Lane Riverfront Park, but the West River region as a whole.

The result of this social media campaign was a massive turnout for the event--with thousands of people coming together to enjoy the new park, and celebrate the revitalization of the West River region.

- On Facebook, City of Tampa was able to reach over 100,000 residents with the Facebook event page alone, and generate 1.1 million Facebook impressions in the two weeks before the event—an 86.5% increase over the previous date range.

- On Twitter, the City of Tampa generated 1.4 million impressions in the two weeks surrounding the event—an average of 97.3k impressions per day. The top tweet, announcing the headliner, generated 97,087 impressions alone, with 751 engagements. The total potential reach for this same time frame on Twitter amounted to 35,855,595 according to the SproutSocial algorithm.

- For the same two week period, the City of Tampa's Instagram had 109.6% increase in impressions over the previous date range. A promotional post about the event published on May 9th reached 40,034 people—91% of whom were not following the account.

- Snapchat Filter: The custom Snapchat geofilter was viewed over 50,000 times.

Overall, the campaign was a success with countless positive interactions that united the community. Through a combination of promotional posts and real-time updates, the City of Tampa was able to get locals outdoors to enjoy the waterfront and sense of Tampa pride.

What was formerly underutilized space in the West River Region, is now one of Tampa's most celebrated parks. And as for #RiverfrontRock? It went down in Tampa history. 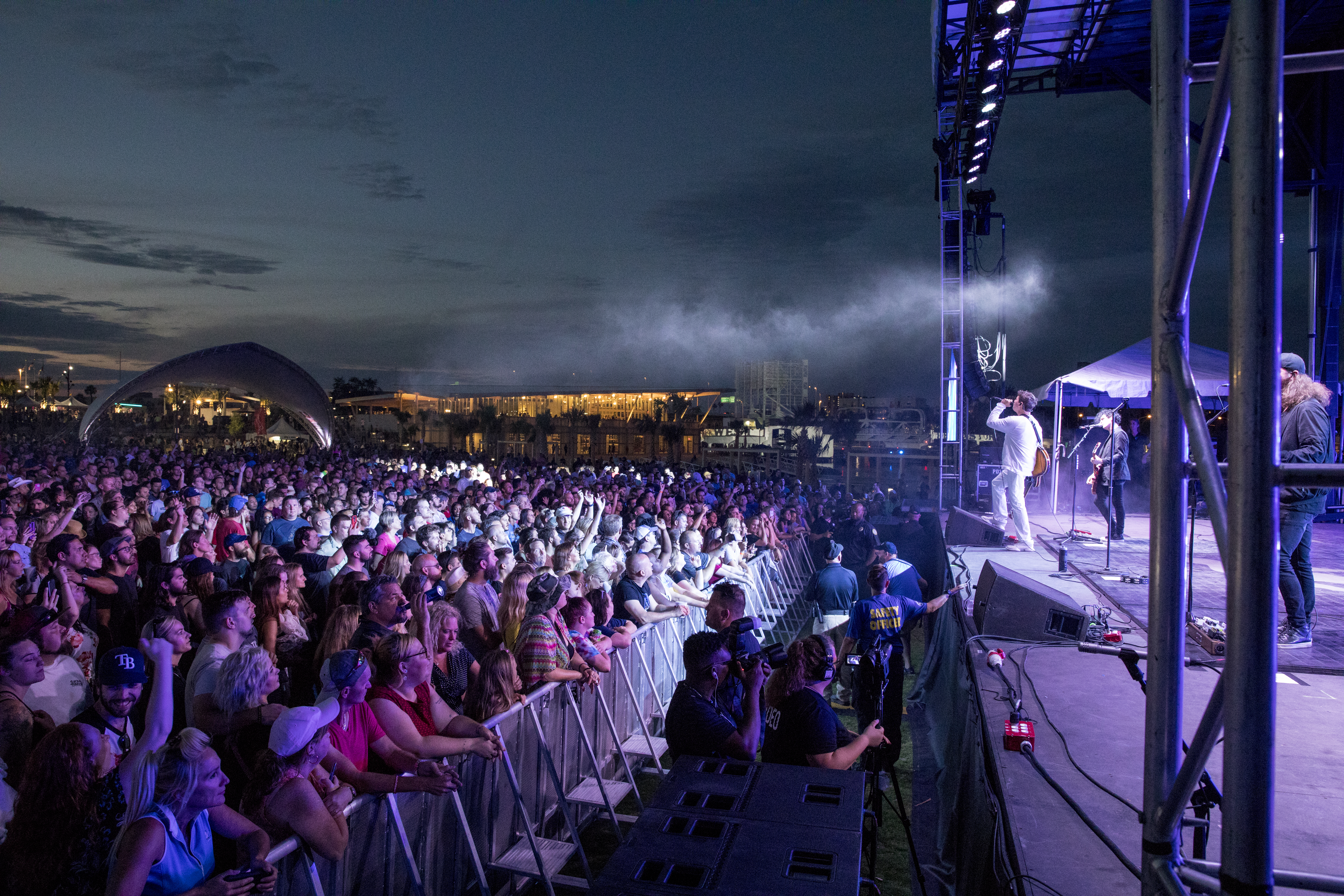 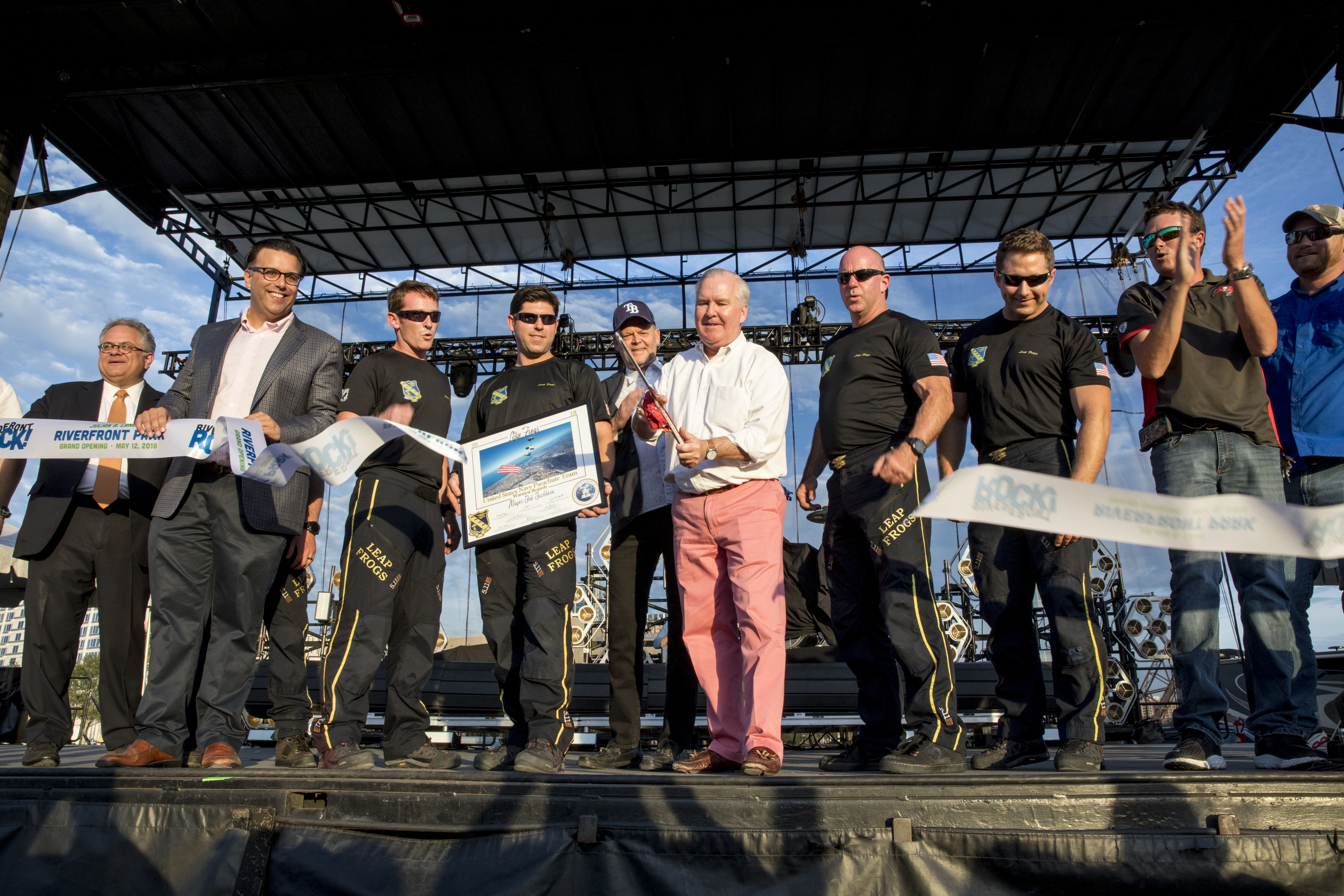 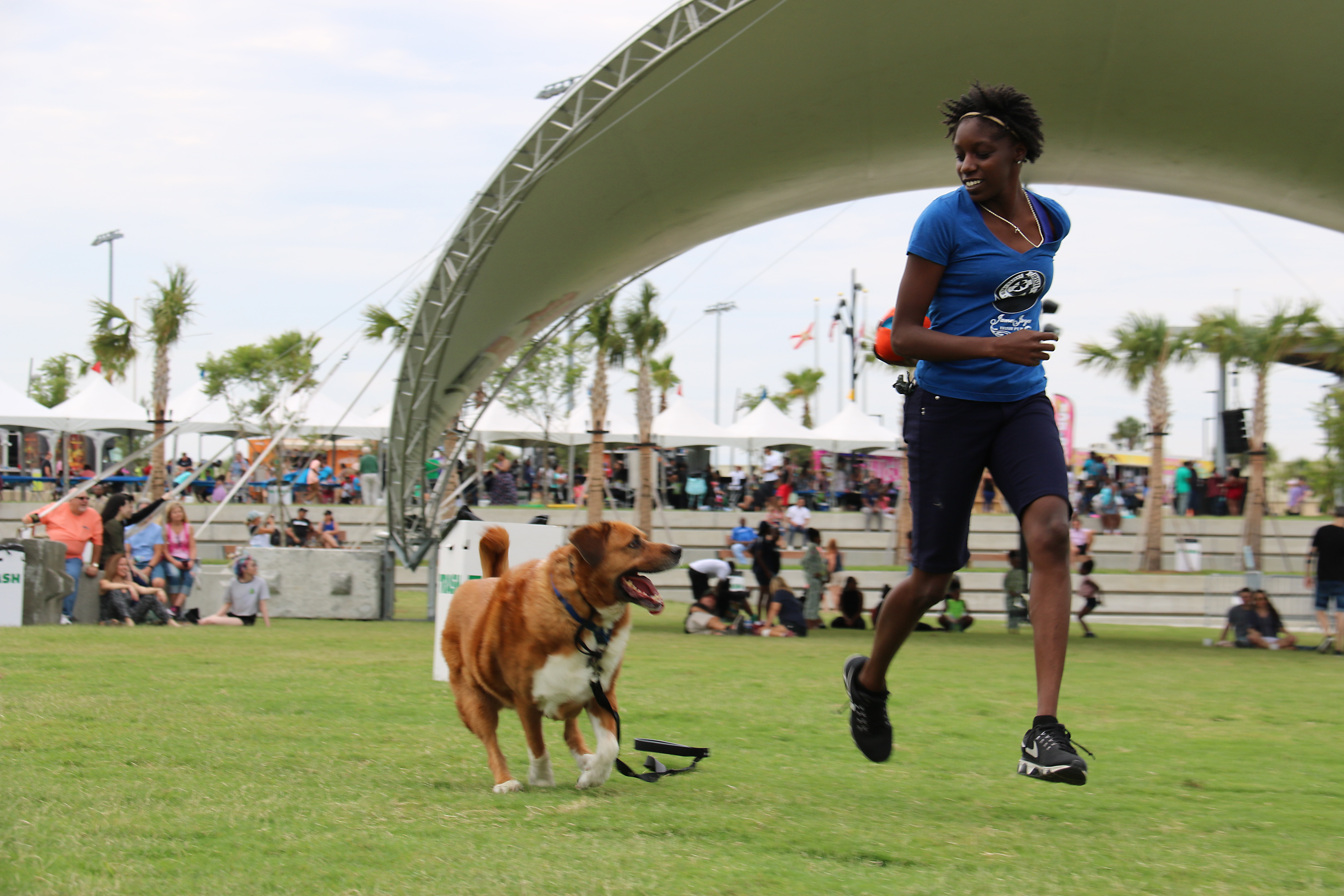 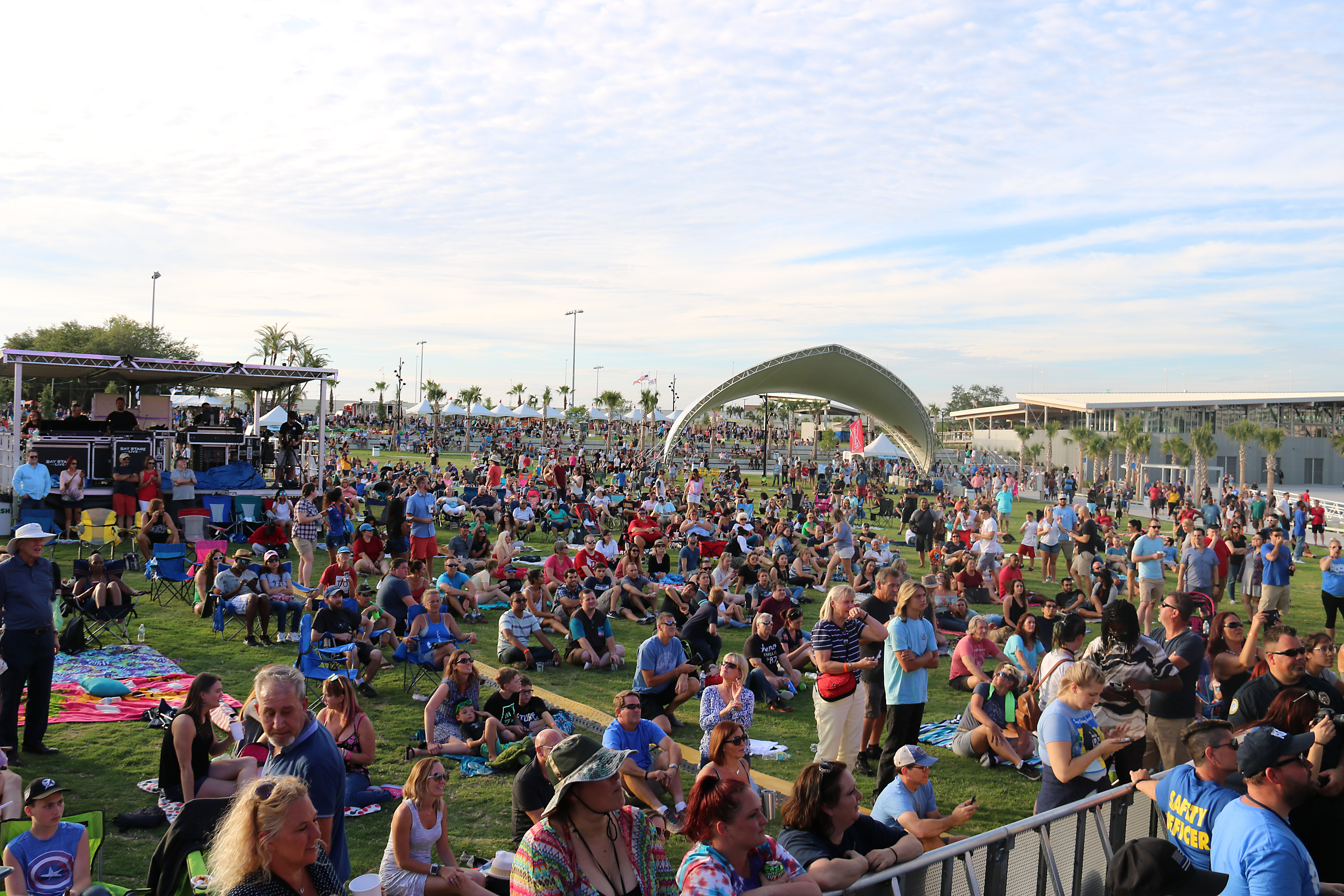 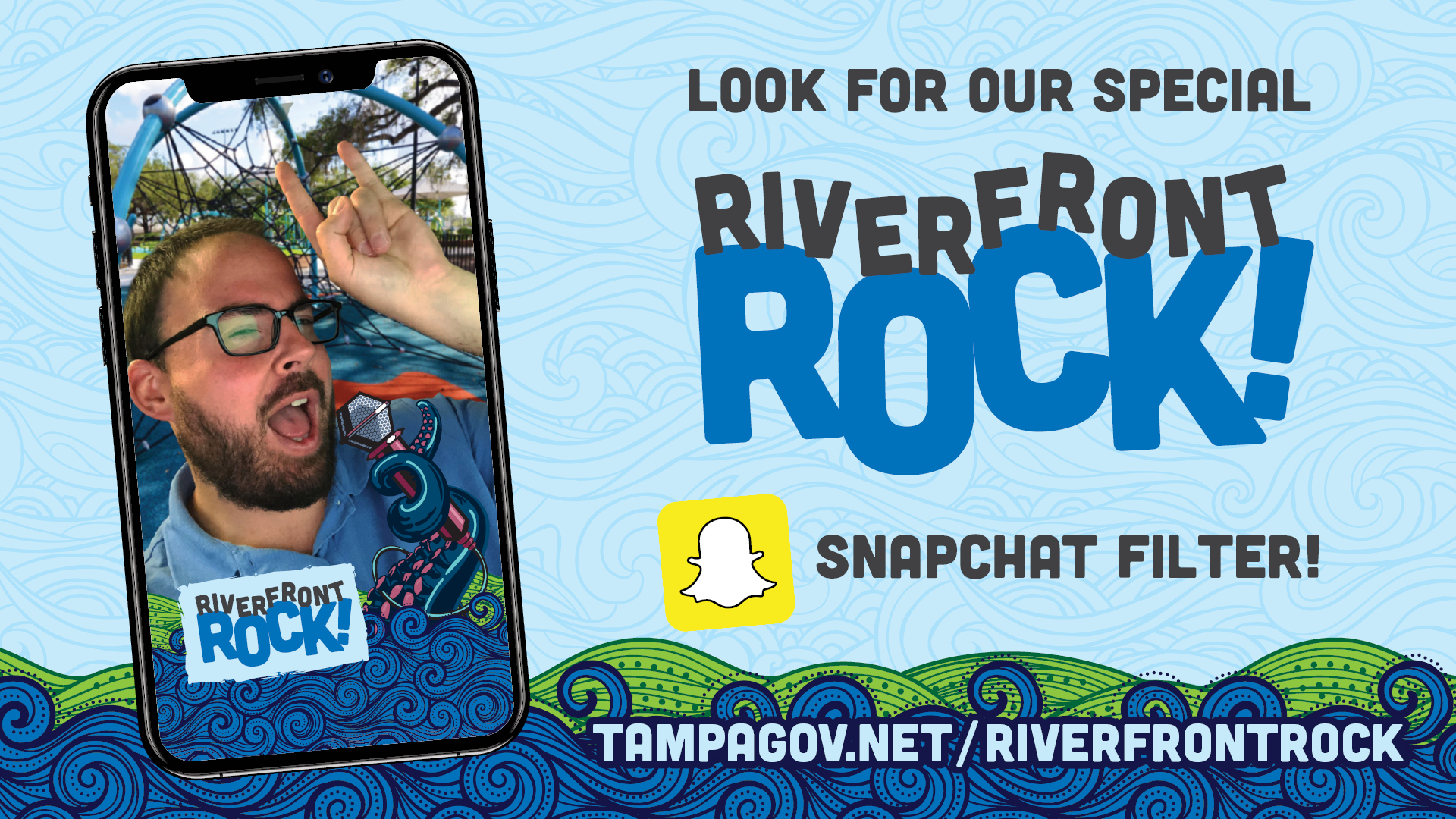