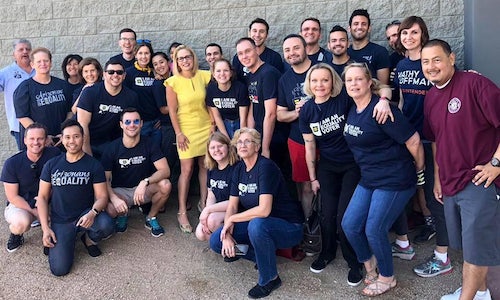 Rising to the Occasion: How HRC Tweeted, Streamed and ‘Grammed to Victory on Election Day 2018

The Human Rights Campaign, the nation's largest organization fighting for lesbian, gay, bisexual, transgender and queer equality, wanted to send a clear message to the Trump-Pence administration on Election Day that the majority of Americans reject their dangerous and discriminatory agenda. HRC went on the offense and created HRC Rising — a proactive grassroots expansion to accelerate progress from coast-to-coast.

HRC began organizing for the 2018 elections earlier than ever before, with its biggest strategic investment in the organization's 37-year history. This cycle, HRC rolled out the most robust get-out-the-vote effort, reaching beyond our own 3 million members and supporters with a new "Equality Voter" Model that targeted voters based on their support for LGBTQ-inclusive policies. Our digital grassroots army expanded to more than 7 million activists that ultimately provided the margins in key and critical races across the country to help defeat the politics of hate and division at the ballot box.

HRC made an especially strong and early push on social throughout the 2018 midterm cycle to mobilize against the Trump-Pence administration's agenda and support pro-equality candidates in Ohio, Pennsylvania, Michigan, Wisconsin, Arizona and Nevada – pivotal battleground states. HRC's Digital Team hired two digital organizers to help launch six new state-specific Twitter handles and Facebook groups to better engage and mobilize volunteers and voters to turn out the vote for equality in these critical states.

Throughout the 2018 cycle, HRC endorsed more than 480 pro-equality candidates nationwide. For these endorsements, HRC's Digital Team released a combination of videos, image shares and blogs across our social media platforms, including Twitter and targeted posts on Facebook. Additionally, we updated our state pages on HRC.org, sent out releases and blasted out emails to our members and supporters in those areas to reflect the latest developments happening on the ground. And in the final months and days leading up to the November midterms, HRC's digital organizers and video team were on the ground documenting and uploading engaging content, including posting photos and videos in real time to Twitter, Facebook and Instagram.

HRC's Digital Team strategically utilized hashtags specific to states, such as #OHleg, #WISen and #NVGov, to help target prospective voters and volunteers mobilize for our endorsed candidates in those areas. We highlight our opponents and our allies using their handles and created image shares to inform our followers in these targeted areas on their records on equality, while also engaging with our endorsed candidates on their platforms to help cross promote and amplify our digital content for further engagement.

HRC refined its digital outreach, including the development of an "Equality Voter Model." HRC targeted with a high degree of accuracy not only LGBTQ voters, but allies -- "Equality Voters" -- who are likely to oppose candidates who attack the civil rights of LGBTQ people. Using digital ads and Facebook posts to target and mobilize Equality Voters, we helped sign up countless people to our Equality Voter Action Center to let HRC members, supporters and volunteers get involved, sign up to volunteer or join advocacy training courses.

We mobilized like our rights were on ballot — because they were. Through digital signups, more than 4,000 HRC volunteers worked 8,500 shifts in support of pro-equality candidates clocking 30,000 volunteer hours.

Video for Rising to the Occasion: How HRC Tweeted, Streamed and ‘Grammed to Victory on Election Day 2018 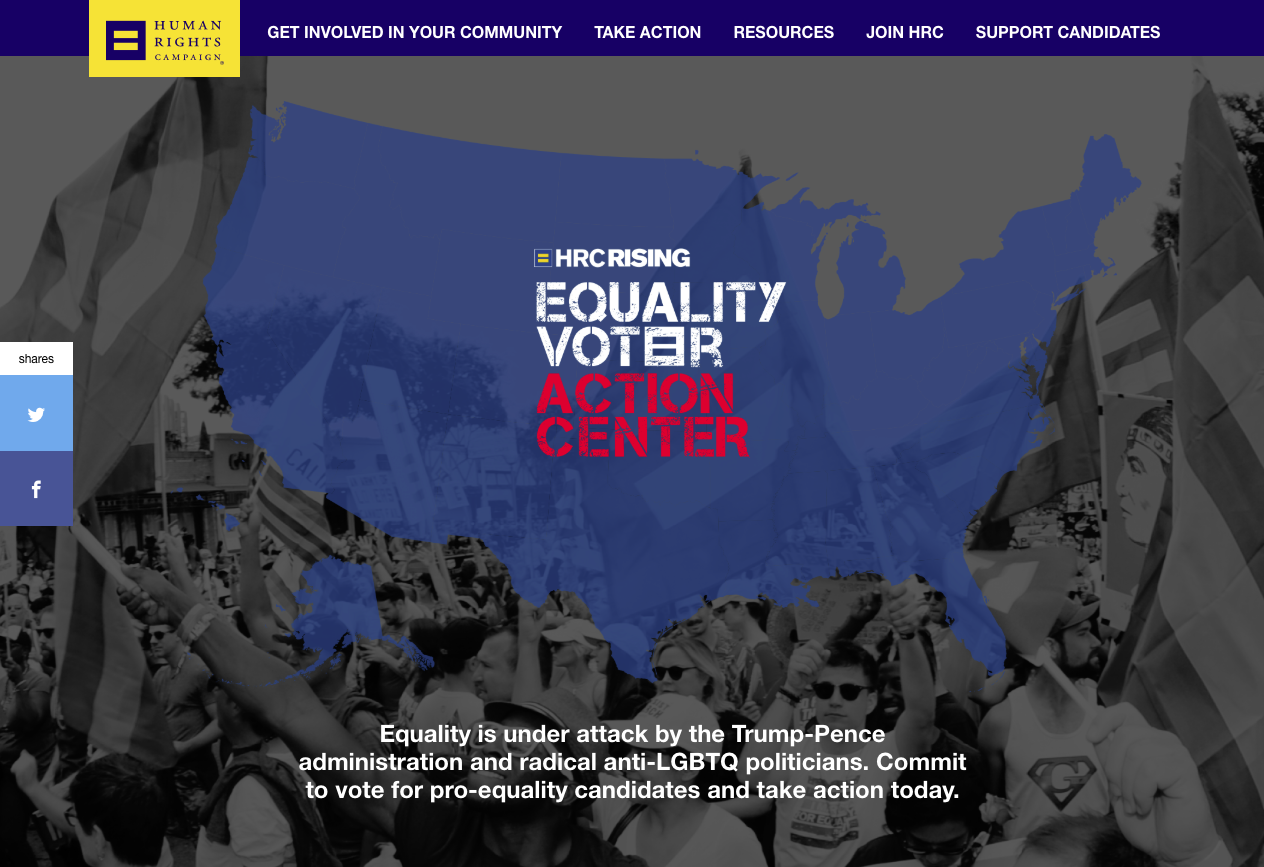 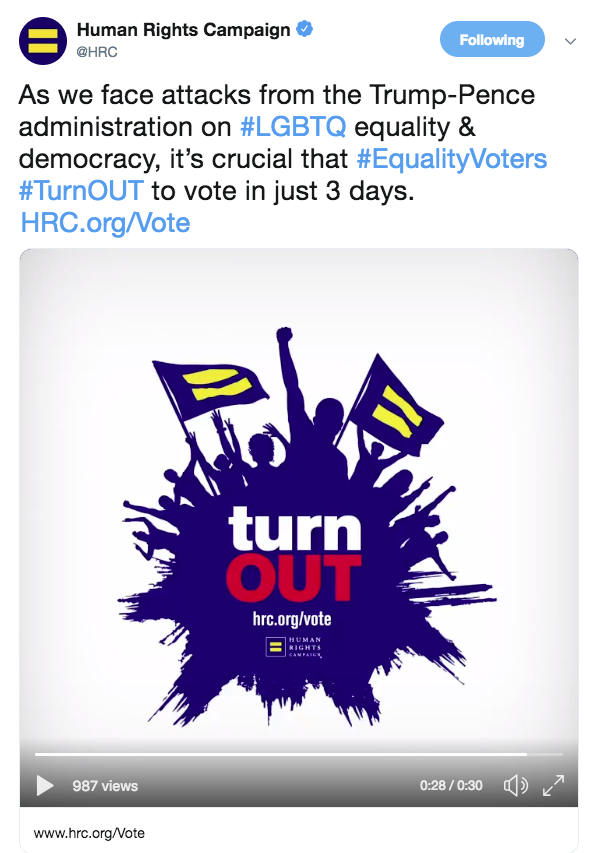 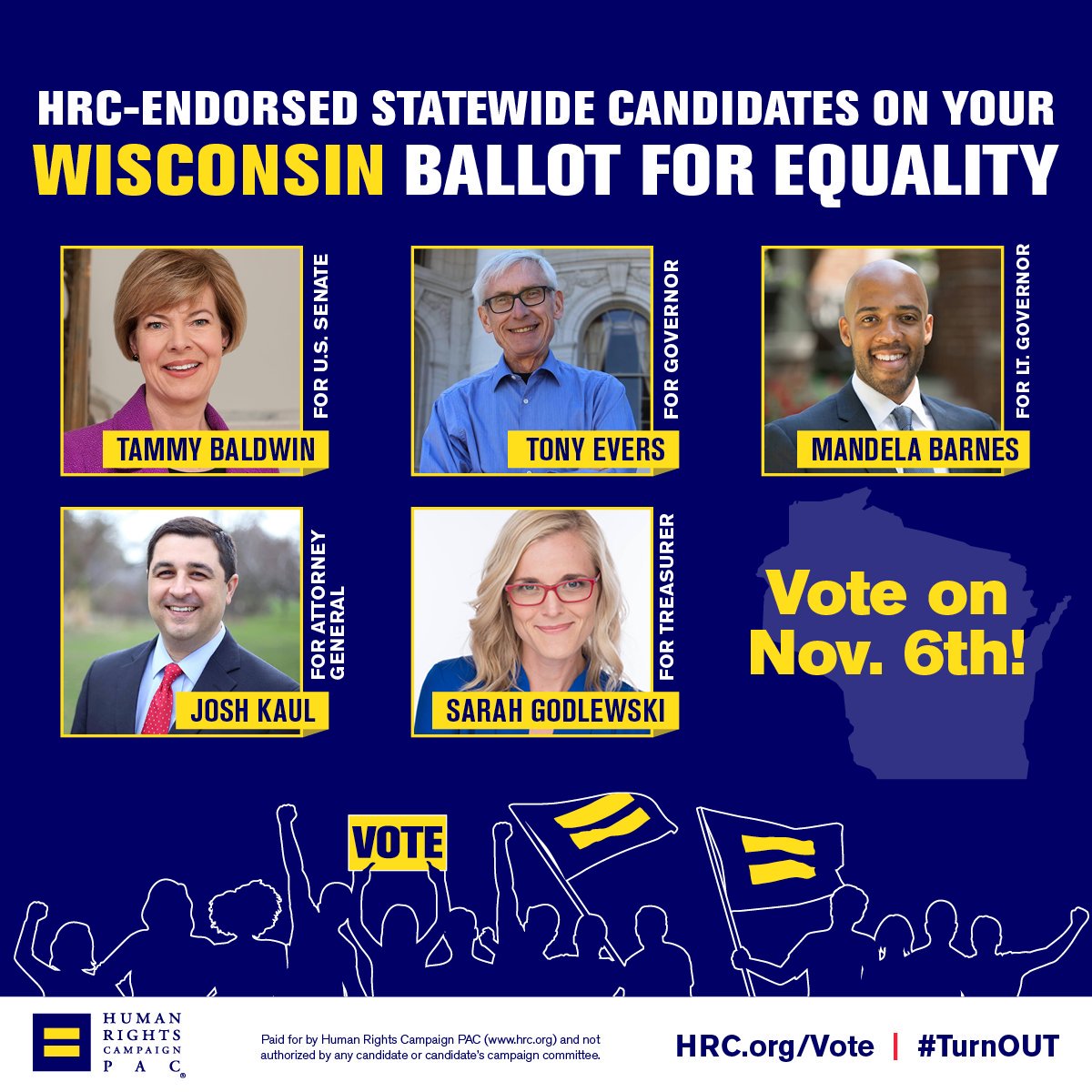 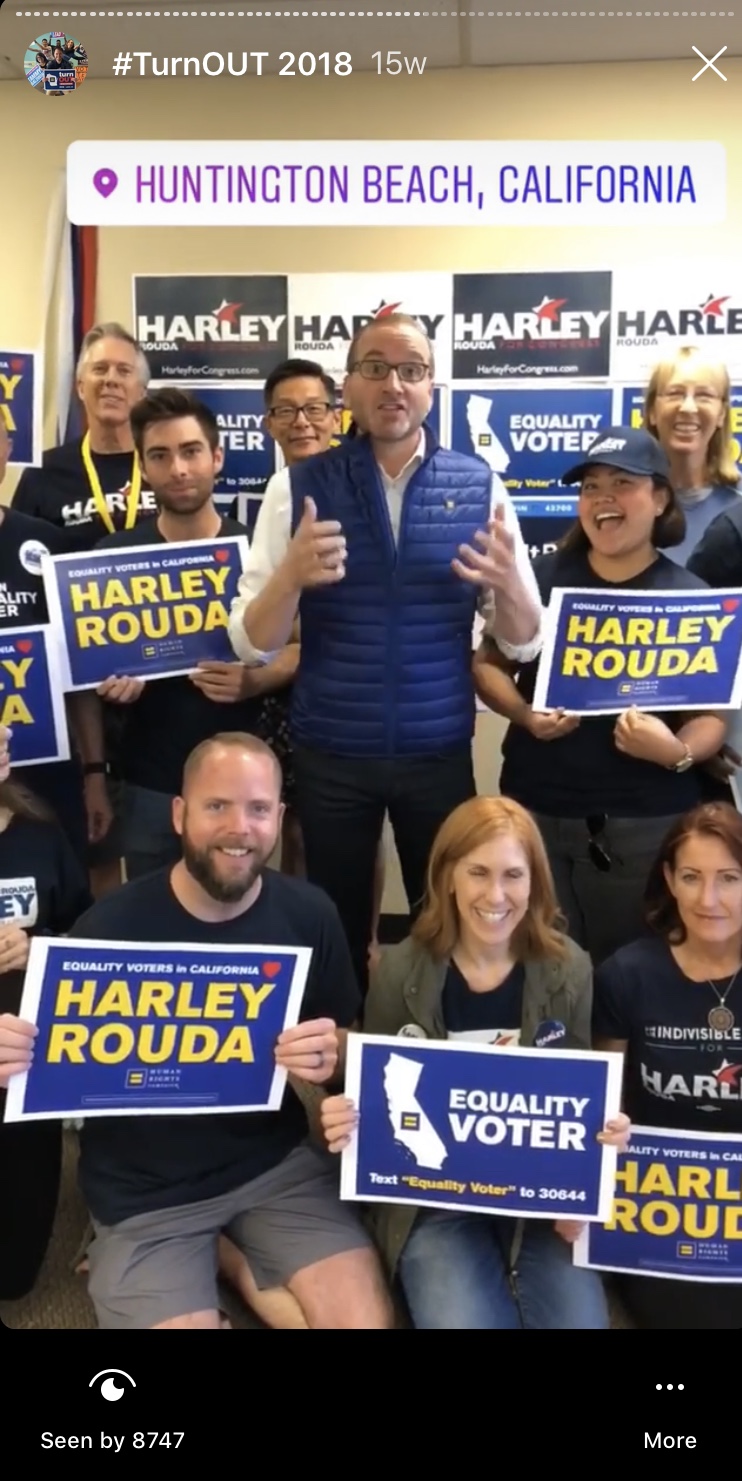 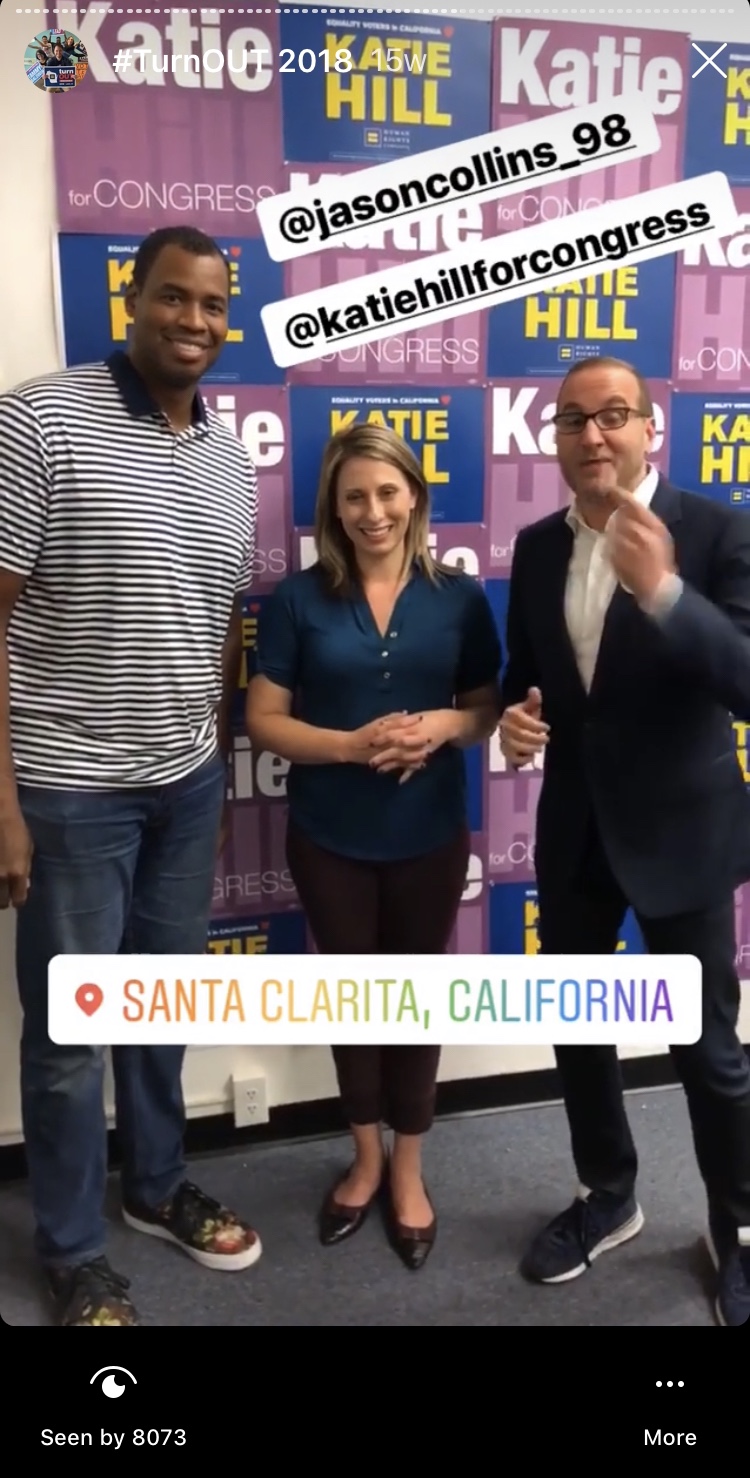 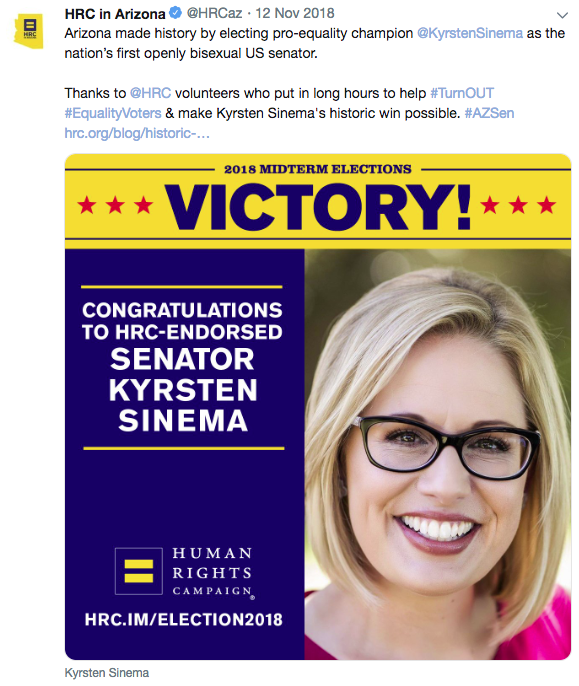 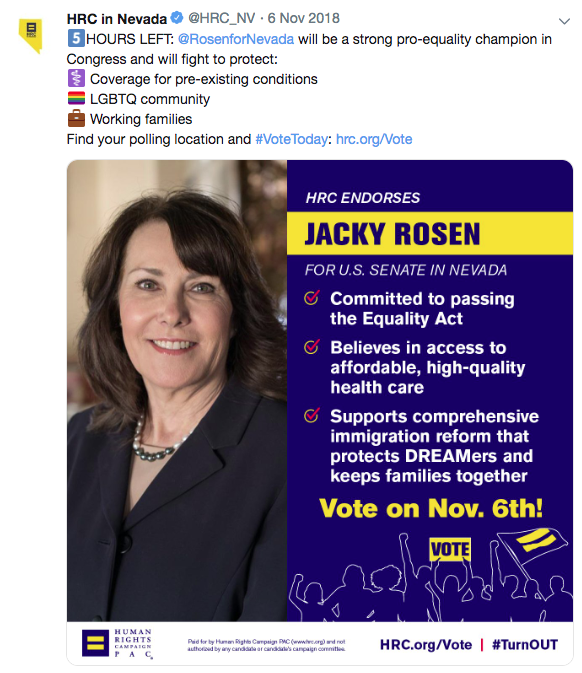 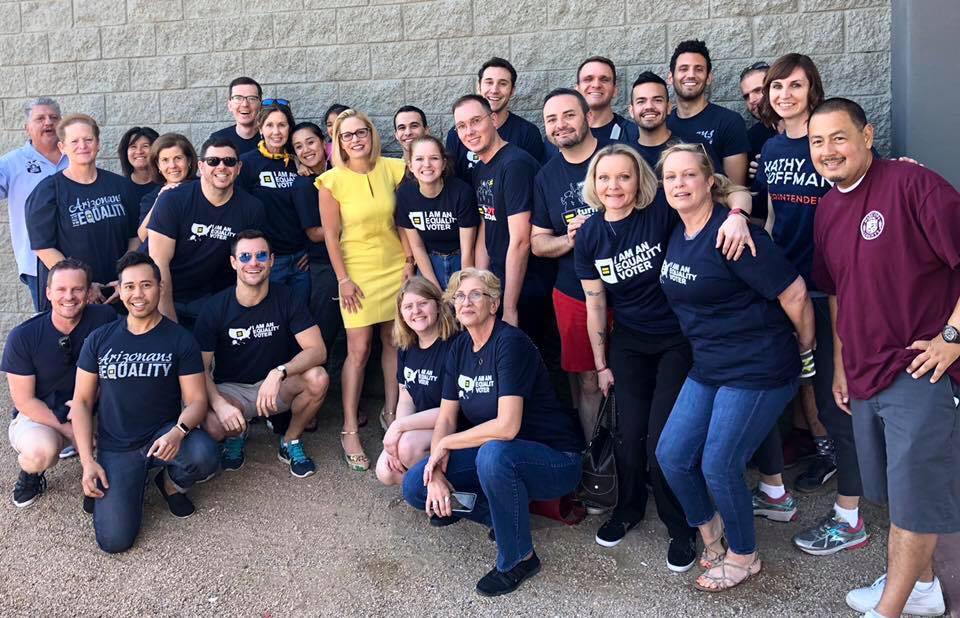