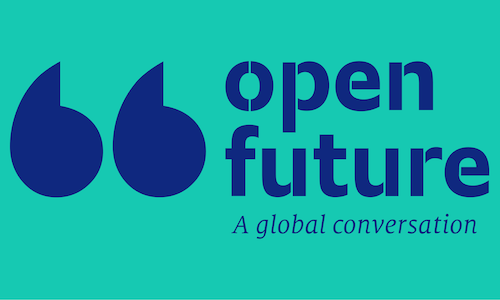 For 175 years The Economist has not only reported news but championed values: free speech, diversity, tolerance and a belief in social progress. But in an era of populism and growing authoritarianism, these values are under attack.

In response we created Open Future, a year-long initiative to make the case for classical values of freedom, a distrust of powerful interests and a respect for individual rights. It was meant as a global conversation with our critics as well as our supporters, and to engage a younger audience. Also, it was inherently multi-platform, including items in print, web, social-media, podcast, films and live events and an essay contest.

Since 1843 we have advocated for open societies and free markets, from anti-slavery in the 19th century, to drug legalisation and same-sex marriage today. Although the world has changed, the values that guide The Economist remain relevant. Amid anger over inequality, immigration and cultural change, basic elements of the liberal thought, from globalisation to free speech, are being challenged from all sides.

The reaction was stunning: we tapped into a thirst in our traditional audience as well as new demographic for sophisticated content in a modern, social-friendly form. The Economist believes that it is through debate, discussion and hearing alternative views that society moves forward. We set out to provide platforms for the next generation of thinkers to develop ideas and share them.

The Open Future conversation encompassed all The Economist's platforms and external platforms where we have a presence including the newspaper, website, digital properties, social media and live events.

The Open Future hub acted as the central asset for the initiative and the place to which we drove traffic. We designated journalists and editors to produce material on a daily basis for the web, social-media, films, podcasts, as well as for the print edition. The journalism was divided into five themes; Open Markets (future of capitalism); Open Ideas (free speech); Open Society (diversity, identity politics and political correctness); Open Borders (immigration); and Open Progress (balancing technology and innovation with regulation). In addition to the articles on the hub, we created a multi-channel programme:

In print
The Economist published a six-part series on great liberal thinkers, asking readers for suggestions and receiving more than 200 responses.

An essay on the future of liberalism written by The Economist's editor-in-chief.

Online invited essays
A series of invited essays on topics including transgender issues and online debates with invited contributors on topics such as the case for and against assisted dying. Contributors included essays by the UN High Commissioner on Human Rights and the musician and entrepreneur will.i.am on data rights.

Social media
Our data journalists drew up chart based explainers on press freedom and our social media editors have hosted polls, quizzes and Facebook Live events. We explored our five themes in Snapchat editions and newsletters. We pioneered the use of intimate Facebook Groups to moderate serious, controversial yet respectful debates.

Podcasts
Economist Radio interviewed experts on the themes of Open Future, from grilling Jordan Peterson on his seeming misogyny to an in-depth conversation with Christopher Wylie, the Cambridge Analytica whistleblower.

Films
Economist Films launched a new format called "Standpoint", with a series of three-minute talks, each of which lays out an issue and advocates a remedy. Topics included "Has identity politics gone too far?" and "Should we curb free speech?"

Film/Essay competitions
To engage younger audiences Economist Films launched a global video contest called, "A Minute to Change the World" in which participants were invited to submit an idea in video format that answered the question. We received hundreds of entries.

We ran five essay competitions, one for each of the five Open Future themes, open to people aged 16-25. We received more than 1,600 entries.

Live-streamed events
The initiative culminated in a live-streamed global event last September, the Open Future Festival, which took place on September 15th in New York, London, Hong Kong. The festival brought to life robust debate between dissonant voices with diverse ideas and opposing agendas, mediated by The Economist's editors and journalists. It attracted lots of press and social media as a result of its diverse lineup including former White House advisor, Steve Bannon, and former UK Prime Minister, Tony Blair.

When we set out to make the case for an Open Future we wanted to not only speak to our audience on different platforms, but we wanted to engage them. We measured results through three different prisms: Touch, Audience, Warmth.

Touch = How many times was Open Future seen?

Open Future met and exceeded the objectives we set out; we are continuing the initiative into 2019.

Video for The Economist's Open Future 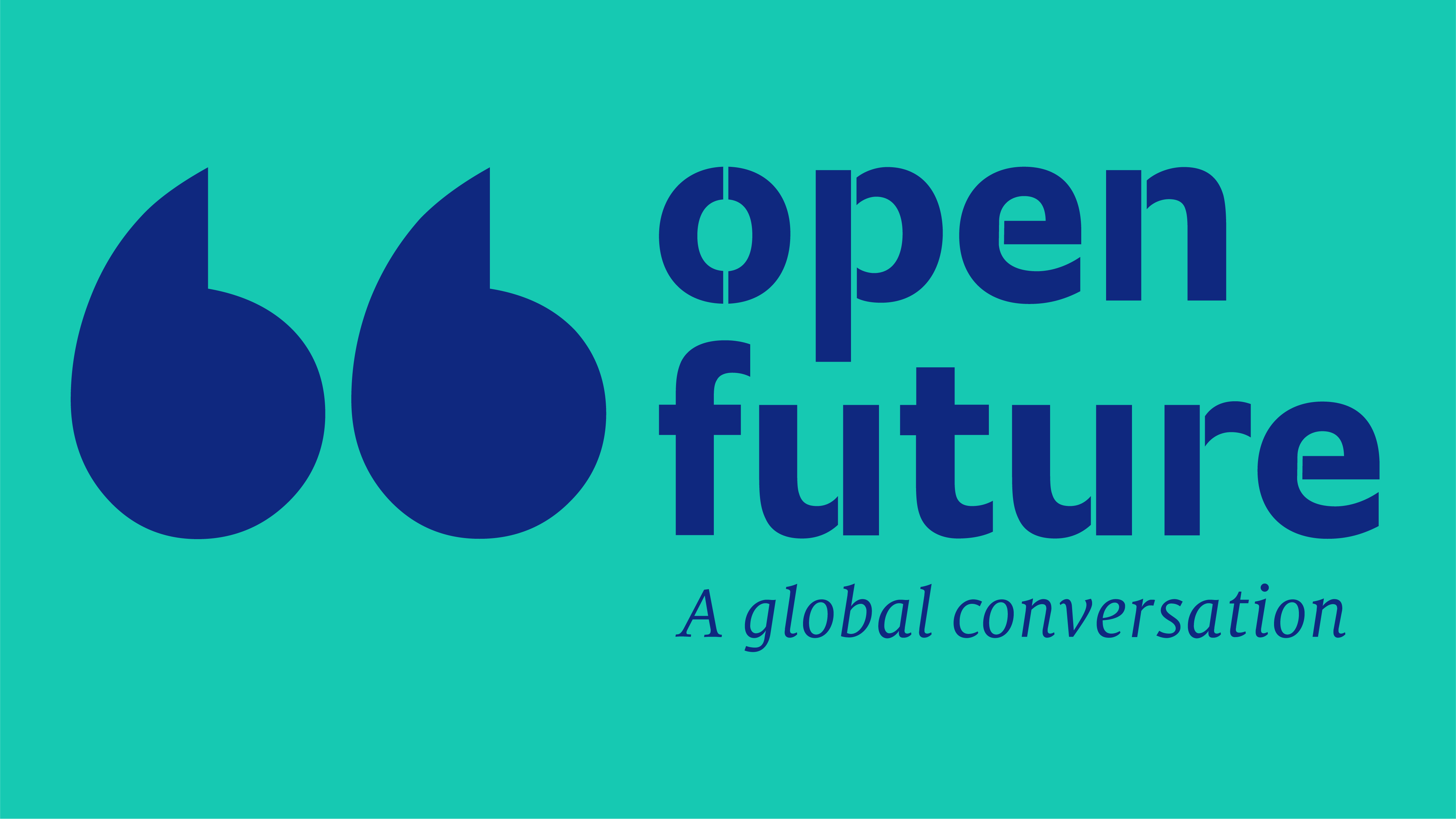 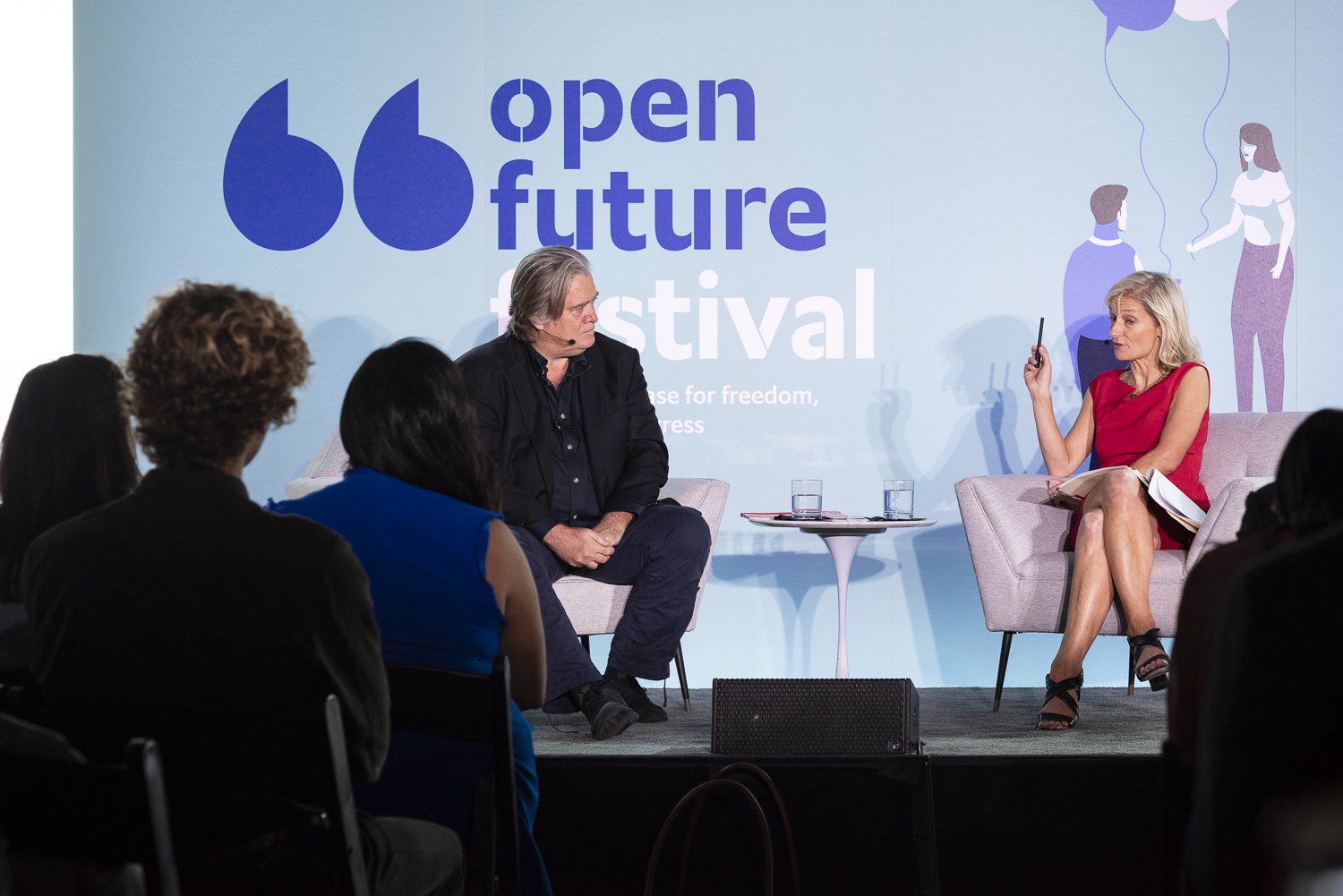 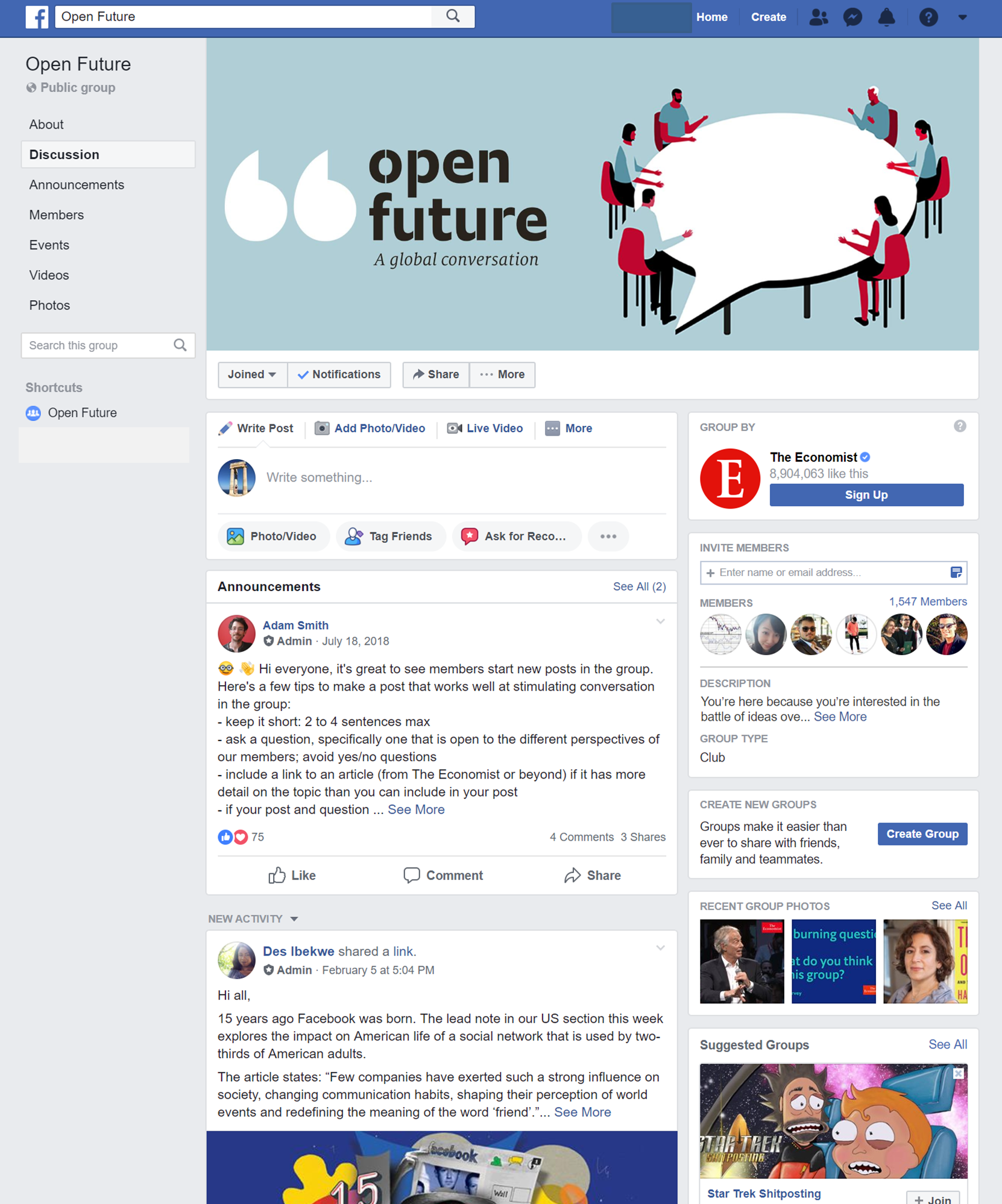 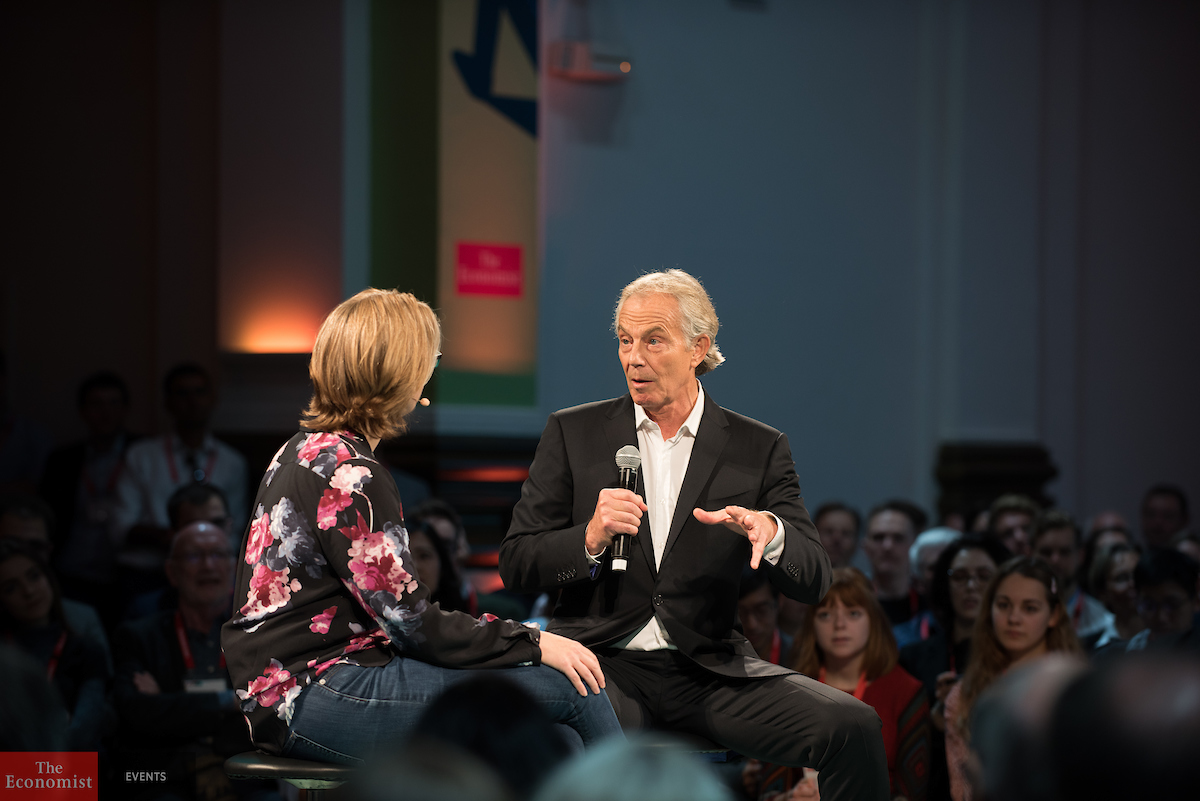