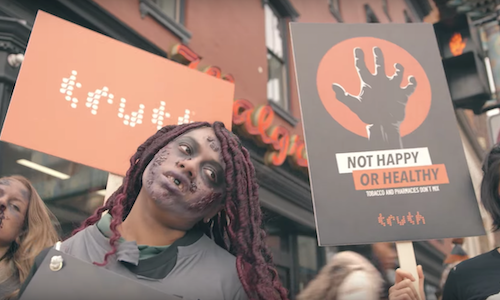 Not Happy or Healthy

To get Walgreens to remove tobacco from their shelves, we brought out the undead.

Pretty much everyone knows cigarettes are bad for your health. It's 2019. This isn't new news. But it makes it super weird Walgreens, a company whose mission statement is all about "helping customers get, stay and live well," and spent years talking about being "on the corner of happy and healthy," still sells products that kill someone every six seconds.

Taking tobacco off pharmacy shelves isn't an unpopular idea. In fact, according to the CDC, two-thirds of adults in the US--including half of all smokers!--favored banning tobacco products in pharmacies. And it's been done. Target quit selling cigarettes in 1996. Wegmans stopped in 2008, because of "the destructive role smoking plays in heath." CVS ditched tobacco in 2014, stating the sale of tobacco products was inconsistent with helping people live healthier lives.

Since Walgreens was metaphorically dragging their feet on removing tobacco from their stores, we figured we could literally drag ours. While our ultimate objective was to get tobacco out of Walgreens stores, to make it happen we wanted our most inspired activists to lead zombie protests in their hometowns. Nothing quite makes a statement--and gets shared on social--like the undead stumbling around in the middle of the day. We wanted our owned digital messaging around the protests to reach at least a million people in our demographic who were willing to dial up the noise and increase pressure on Walgreens.

We wanted to bring the dead to life to personify the absurdity of deadly products being sold at Walgreens.

We had tried reaching out to Walgreens quietly, but nothing changed. We get it--cigarettes are a product and Walgreens has a bottom line. When CVS ditched tobacco they estimated a $2 billion hit. But CVS--and all those other pharmacies--decided public health was more important than selling products incongruent with healthier lives. So we reached out to Walgreens to discuss taking tobacco off their shelves at their annual shareholders meeting. They ignored us. So we decided to become impossible to ignore. For every effort they turned a blind eye to, we'd do something bigger and louder.

We delivered more than 9,000 Gen Z signatures to Walgreens. And got a form letter in response. (!!!)

We inspired 122 members of Gen Z, who'd signed our petition, to actually pick up the phone and call Walgreens to ask them about removing cigarettes from their shelves. They got a pre-recorded message. Fun!

And just when it started to feel like we were screaming into the void, we realized the best way to show the impact deadly products have on their consumers is to bring out the dead.

So we chose a date right before a Walgreens shareholder meeting, and put our horror makeup skills to the test. Our most dedicated activists transformed into slow-moving mobs of angry zombies. They rallied their friends across the country to stage local zombie protests at their neighborhood Walgreens stores. And for people who couldn't join in-person, we created a zombie face filter on thetruth.com.

To extend the reach of our protest message, we filmed a group of zombies outside a Walgreens store and used that video on all of truth's owned and operated social platforms--YouTube, Twitter, Instagram and Facebook. The places our audience spends their time.

And we called the press. We wanted to be sure the decision-makers at Walgreens couldn't turn around without hearing about the undead in their stores. We needed them to see how wrong deadly things look on the corner of happy and healthy.

Video for Not Happy or Healthy 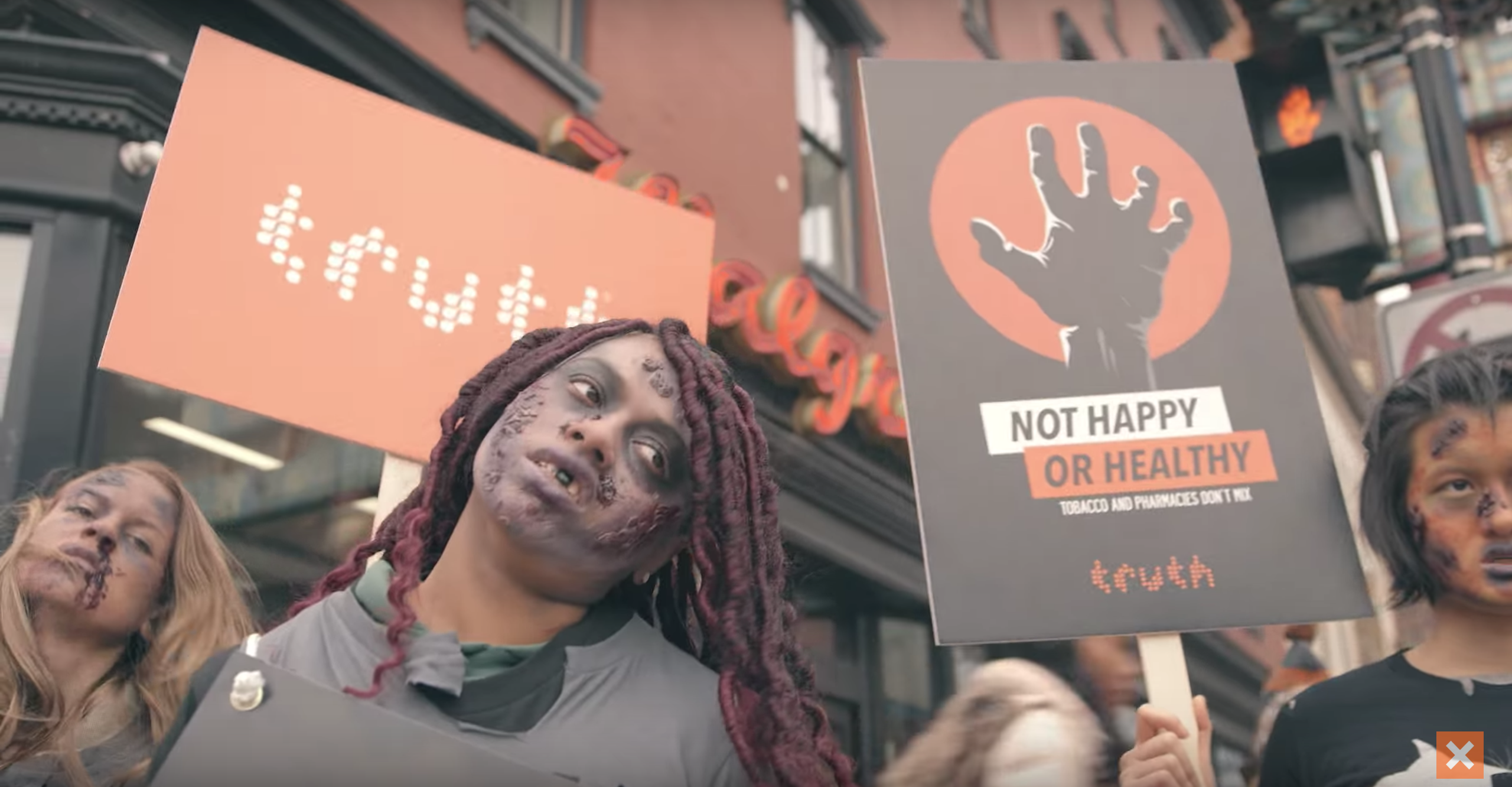